The Dutch transit system consists of many elements, including national rail trains, light rail trains (trams), heavy rail trains (metro), and buses. To pay for all of the transit in the Netherlands, the same cards are used for payment (like metro cards for the entire country). The national rail trains connect cities and towns together. Some of the trams also connect small towns to larger cities if the distance is shorter; however, trams tend to be for connections within a city. The metro serves more popular lines within cities and buses fill in the gaps for shorter distances. Bikes are integrated into the overall system at main stations and to serve as the last mile or few miles for people who need to reach the national rail train stations. Some of the more bike-happy Dutch people are even willing to replace a train ride with a bike ride. Here's a picture of a new underground tram station in the Hague. 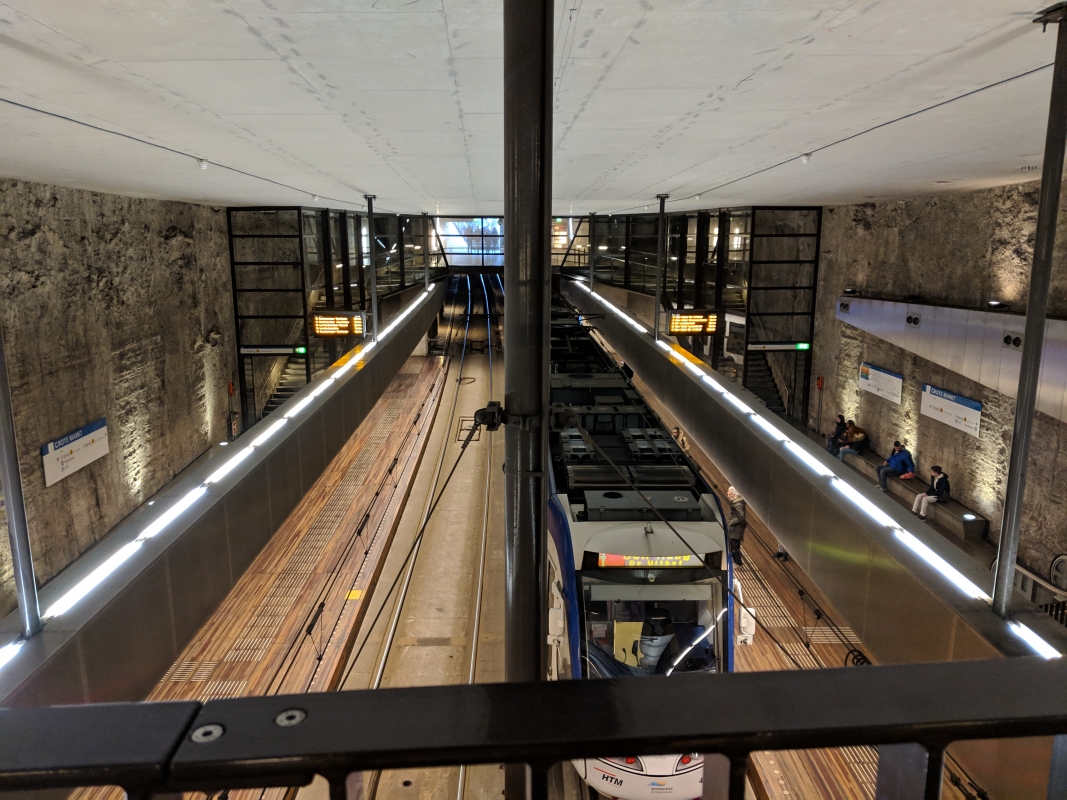 Bike parking is a huge element of the national rail train stations since many people use both modes together to reach their destinations. In Delft, we got to experience this, but in Utrecht, the Hague, and Amsterdam, we saw just how large the parking facilities can get. Below are some pictures of just parts of the bike parking we saw. In the Hague, we even had the opportunity to see a bike parking deck that is still under construction. That parking is planned to have over 8,000 bike parking spaces, which is adding to the parking that already exists there. Parking your bike can be pretty difficult sometimes because it is challenging to figure out where empty spots are and then remember where your bike is parked when you return. In the Hague, the new parking is expected to help finding empty spots easier, and in Utrecht the parking had QR codes to help remember your bike's location. All bike parking is free in these locations for at least 24 hours and up to about two weeks. 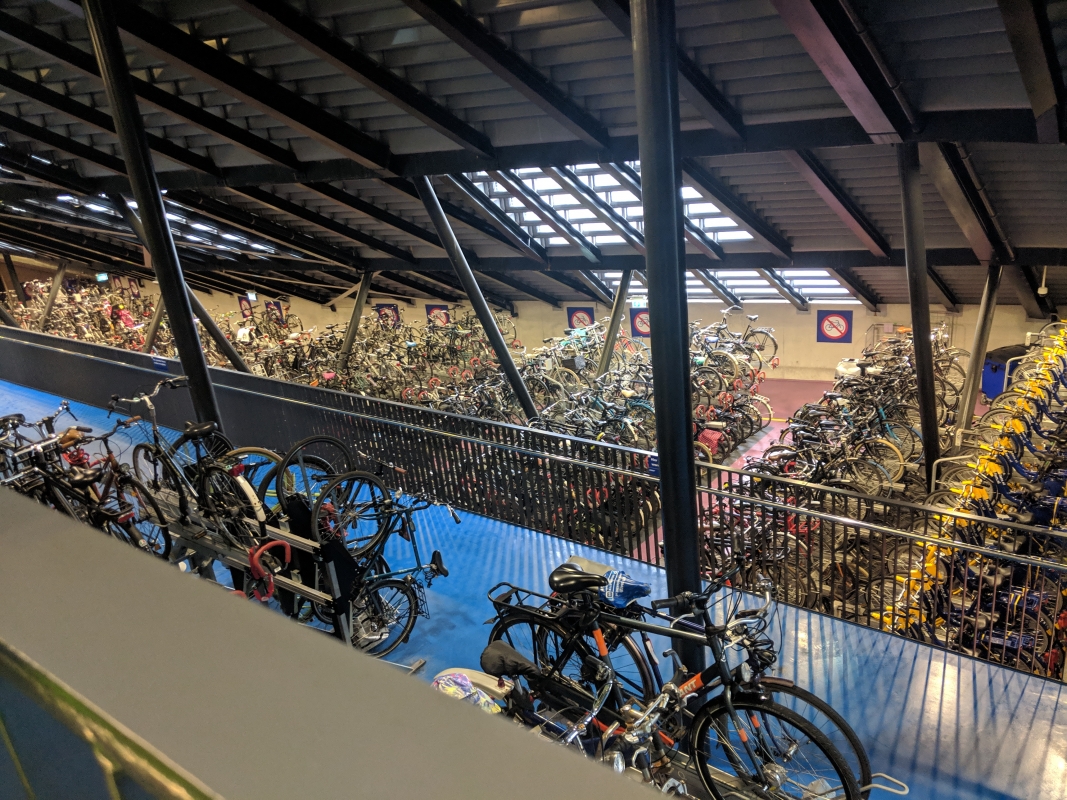 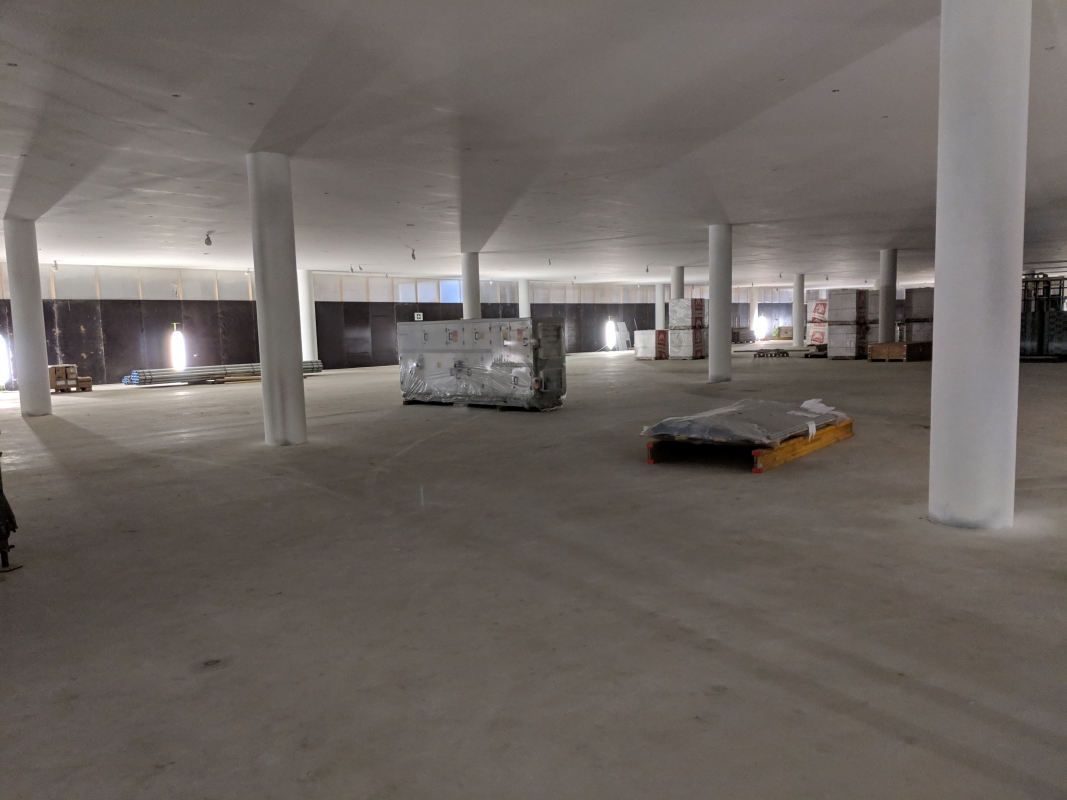 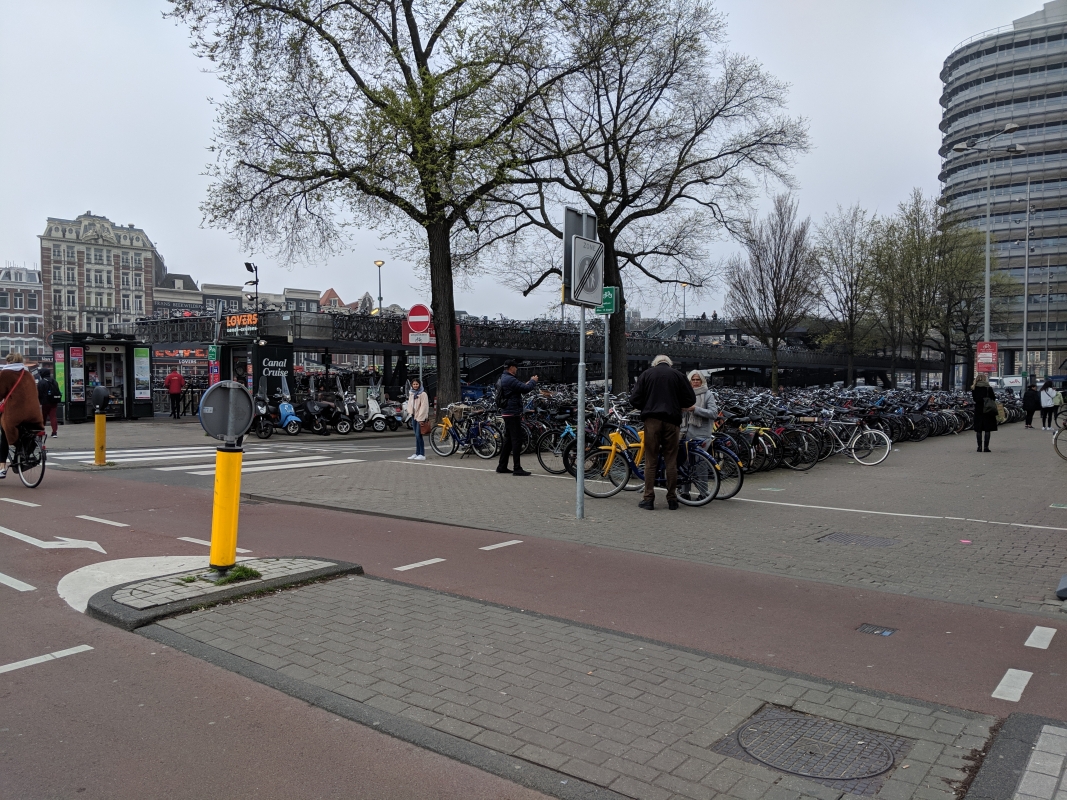 While parking your bike and riding is really what the system is set up for, there are ways to bring your bike on the public transit system sometimes. For long-distance trips, you can buy a ticket for your bike and put it on the national rail trains as long as it is not during rush hour. The Dutch indicate which train cars bikes are allowed in by putting bicycle icons on the doors of the car. On some of the trams, bikes are also allowed. This is indicated at the stops. For the most part, though, it seems that you are encouraged to bike instead of take the tram if you have your bike with you and park at train stations rather than ride with your bike.

Today we had a presentation from Marc Drost, who works for the Amsterdam transit authority. In his presentation, we learned that in Amsterdam, transit performance is measured by headway, capacity, dwell time, mode share, and others. Dwell time is the time that transit is stopped to collect fares, which Marc told us is a very big problem in Amsterdam on the trams. I've found that transit in the Netherlands is very punctual and seems to meet the needs of its users. To make sure transit is on time, the Dutch give trams designated right of way and tend to give them priority at intersections, especially in the Hague. Because the Dutch intertwine their city planning and transportation planning so much, they are able to determine which areas will need more transit and bike and pedestrian infrastructure as the need arises. This varies from our tendency to design transportation reactively in the United States. Overall, I am extremely impressed with the public transit in the Netherlands and how well it connects with bike paths, pedestrian areas, and itself (ex. national rail station to tram transfers). Unfortunately, I cannot see how the United States could use a similar transit model because our land use is much less dense than in the Netherlands and our city planning and transportation planning are not as aligned as in the Netherlands.