Planners from all parts of the Netherlands know that transit and bike networks must be integrated if either system is to be truly successful. While most people in the United States see the integration of transit and bikes as a way to solve the “first/last mile problem,” bikes connect Dutch transit users to destinations that may be many miles away.

When using heavy-rail in the Netherlands one can buy a special pass to bring their bikes aboard both heavy and light-rail trains. These bikes have to be held in easily identifiable train cars that have less seats and more room for bikes. To avoid overcrowding, this can only be done during non-peak (rush hour) times. Bringing a bike onboard is more difficult than parking and riding, but if necessary, it can be a breeze. Figure 1 below shows a small bike rack onboard a light rail train in Amsterdam. 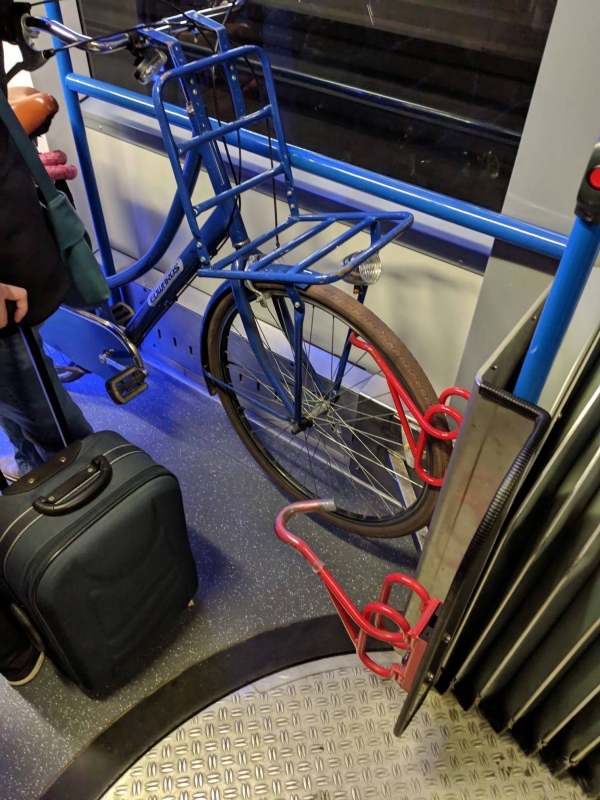 Parking bikes and then riding transit of any kind is very easy. Planners know to place plenty of bike parking within a short walk from transit boarding platforms (mostly less than 1 minute). At main heavy-rail stations, this parking tends to be free for up to a day, guarded, and within a specially-built bike parking facility. Two-level parking fits more bikes while sensors in the racks display the number of empty spots and gives a rough estimate of where the open spots are so that parking and riding is even easier. For less infrastructure-intensive transit modes such as light rail and buses bike racks are provided if a guarded parking garage cannot be. If the bike parking facility needs to be underground, escalators that can be traversed by bikes are used to make the transition between modes even easier. Figure 2 below shows a bike parking garage in Utrecht. 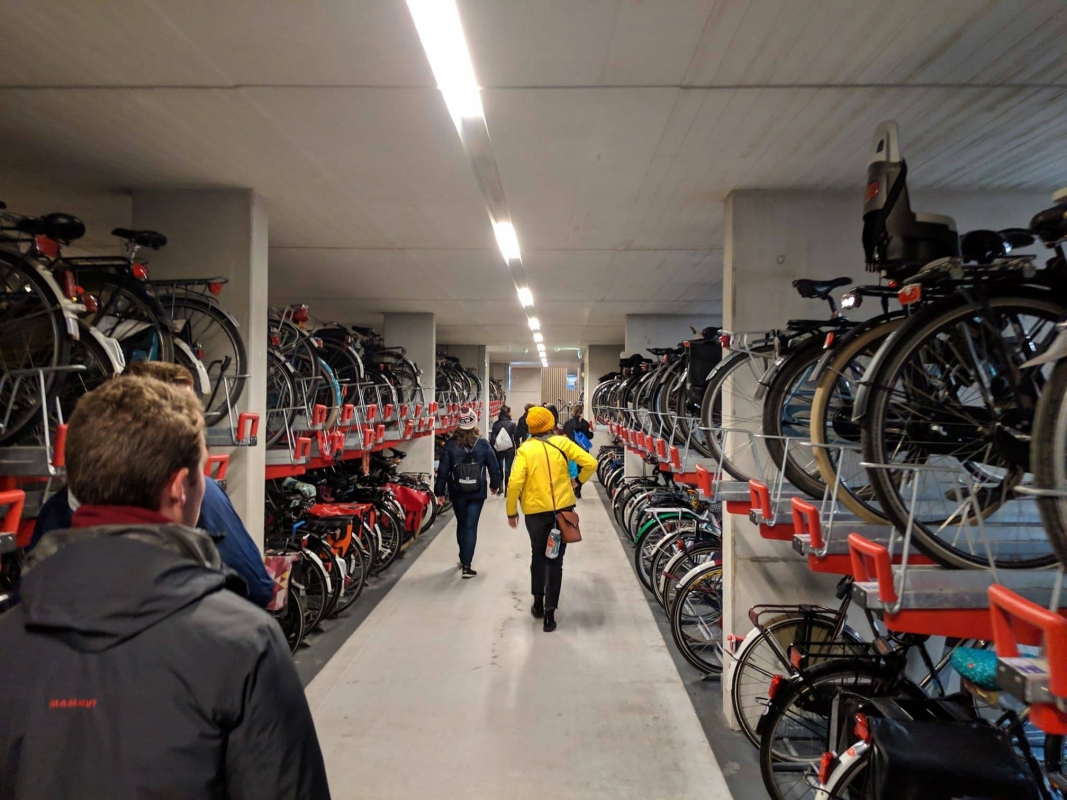 The Dutch have a variety of performance metrics that they use in measuring how well their transit systems serve the public. It is also relevant to note that the metrics are used and publicized by various organizations with a stake in the operation of the system. For example the municipal government may publish and keep track of their ridership. The public, however, typically uses their own experiences within a system to judge its performance.

Transit in the Netherlands typically runs on its own separated and protected path. Heavy rail runs on heavy rail tracks. Light rail runs on light rail tracks with crossings kept to a minimum. Buses either travel on the light rail tracks or in a bus lane. All of these separations ensure that no outside factors will disrupt the transit service meaning that the public can assume that timetables will be followed. Figure 3 shows light rail in Amsterdam with its own separated tracks. 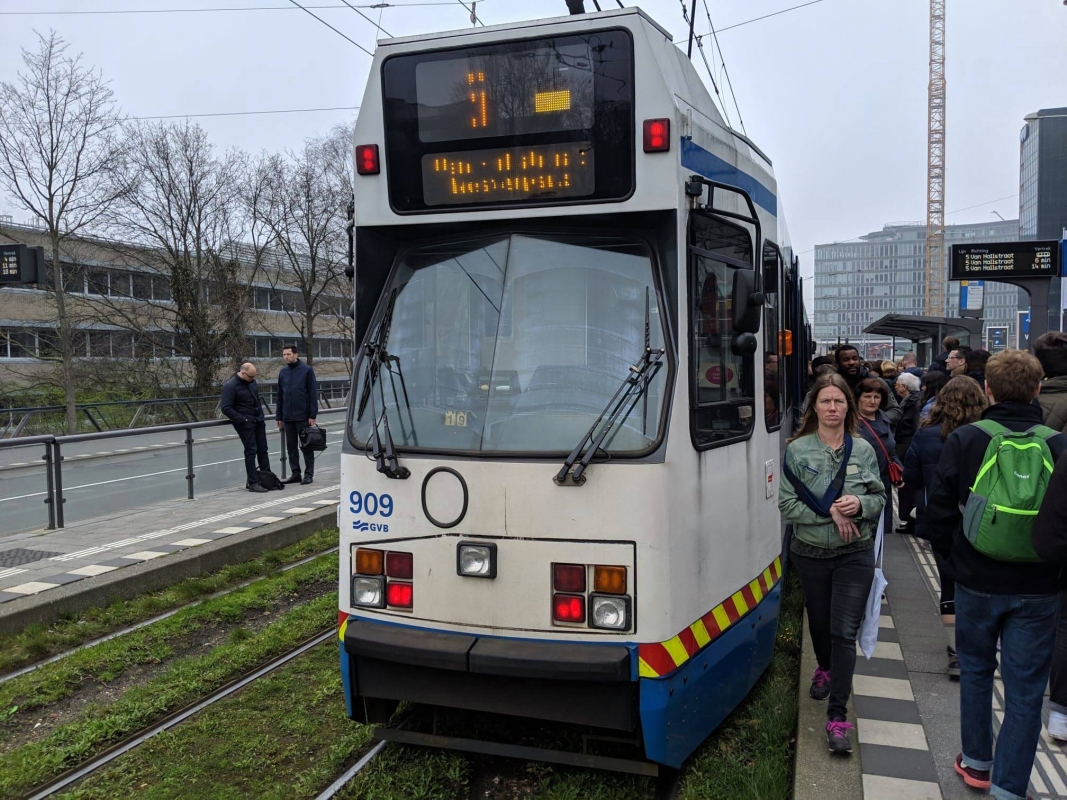 The government is also structured so that a small group cannot stop development if the rest of the community is calling for new transit. Municipalities in the Netherlands are governed by many council people who represent the municipality as a whole, and not a region within. In the United States municipalities are governed by fewer council people who are elected by a small group of people within a region who expect the council person to represent them. Because of this, responding to the needs of the community is more difficult and less effective in the United States than it is in the Netherlands.