Trains, trams, and busses minus the bikes.

Today we visited Amsterdam for the second time. However, this time we were asked to approach it not from a cycling perspective. Instead, we looked into Amsterdam's PT. 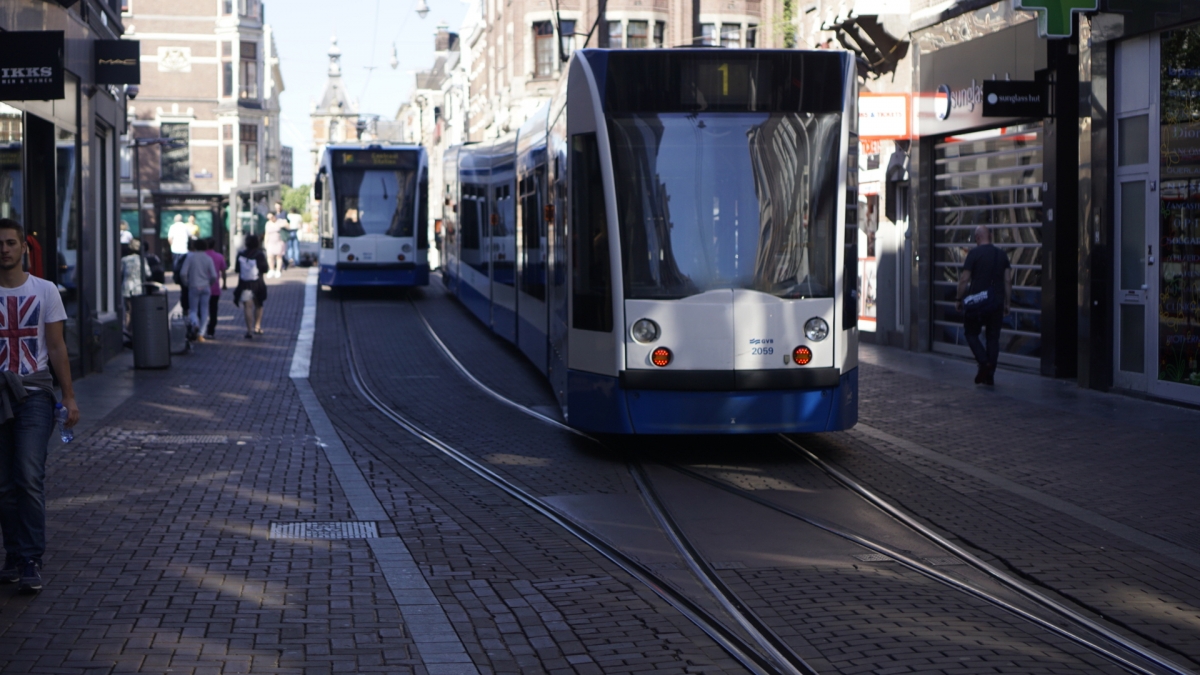 It started with a trip on the Intercity Regional Train. The Dutch use Intercity trains to go from city to city and the Sprinter to go from small towns near a city. From there we transferred to Amsterdam Metro, which is the most familiar form of PT for me apart from busses. From Metro we switched to light rail. The difference between the two starts at the height of the platform. Light rail doesn't need a high platform or as much rail as the Metro.

Additionally, light rail went through Amsterdam's narrow city streets. At some points, there was only room for one tram to go through a street at a time (as shown above), yet everything still worked out well. Amsterdam's transit system goes far and wide.

After the transit tour, we had a lecture on Amsterdam's transit. At one point we were asked to give an example of a city who's transit system would work best for our city. That got me thinking about how unique of a city Atlanta is. It's hilly and landlocked. Usually a city possesses one of those qualities, but Atlanta has neither. This makes it particularly difficult to take examples from other cities and apply them to Atlanta.

If there's one thing I've learned from visiting Europe in general, it is that one type of transit is not sufficient. There's a place for light rail, heavy rail, and buses. Alone they all have crippling weaknesses, but together they can form a strong system. In Atlanta, there are these three as well, but they don't work together all that well. So obviously there needs to be lots of thought into how to make sure different transit systems work together.

In Amsterdam, the metro got you the furthest the quickest while the tram made sure you could reach your destination. In combination with a bike, it is a very attractive alternative to driving.