I write this at about 200 mph as scenery flies past my window on the Shinkansen (or "bullet train"). We just passed by Mount Fuji, and watching it while the sun set by it was one of the most beautiful moments on this trip so far. 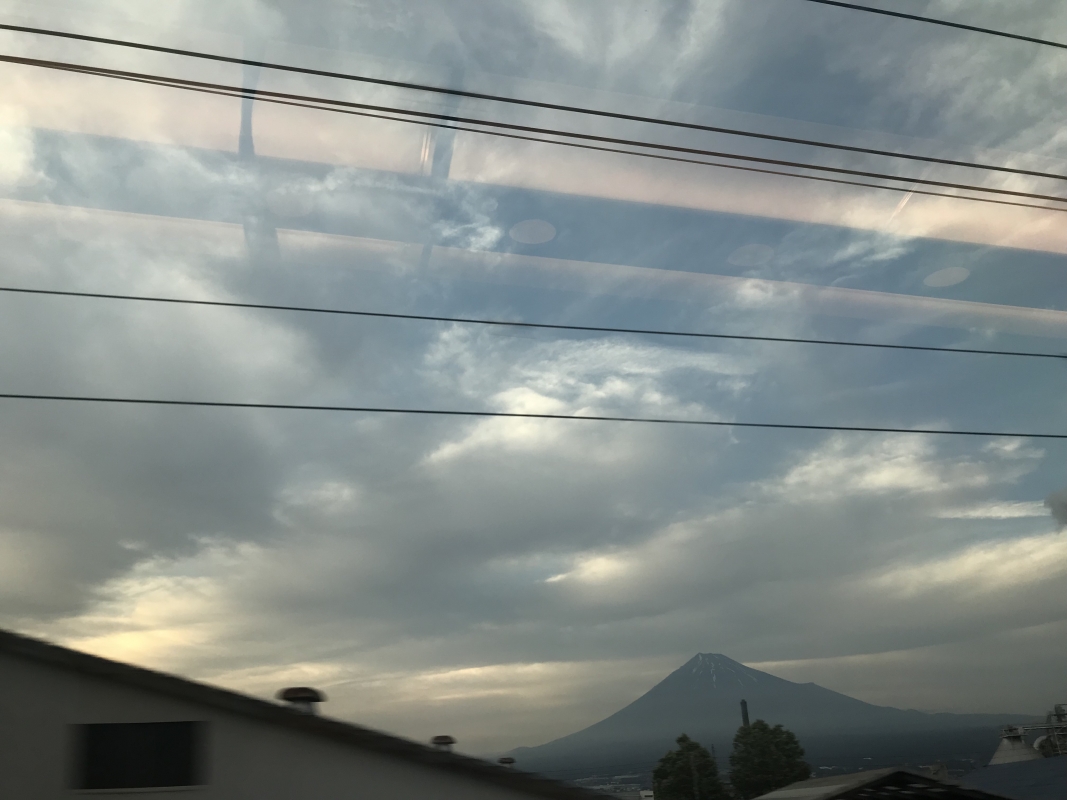 The Shinkansen is fast, but the energy around the train is rather slow and calm compared to the anxiety-filled and packed trains within Tokyo. For one, there are less people on the train than a typical subway in Tokyo at any time of the day. Another factor is seating. In intercity rides around Tokyo, lucky passengers can find a seat around the perimeter of the car and the rest are standing, packed together as needed. On some monorails and longer routes, like one of our trains to Fukushima, seats face each other for a more casual social atmosphere—although sometimes this has standing patrons too. But on the Shinkansen, seats are organized in rows like on a plane. At least in our car, no one had to stand and we had seats to spare. We had leg space too, which was such a luxury. The calmness I felt on this ride came largely from having this reserved space.

My first blog post discussed how train stations in Tokyo make use of their land for retail space, and places like Tokyo Station have entire streets within them. Further from the city, stations are less complex. When we arrived in Fukushima prefecture, our station was just a roof to cover some standing space along with some Suica card readers. At these stations there's less options for where to go—which for me, a tourist, meant less of an information overload. I could imagine those living in more rural regions like this may be limited by this, or choose other forms of transportation like cars or buses. 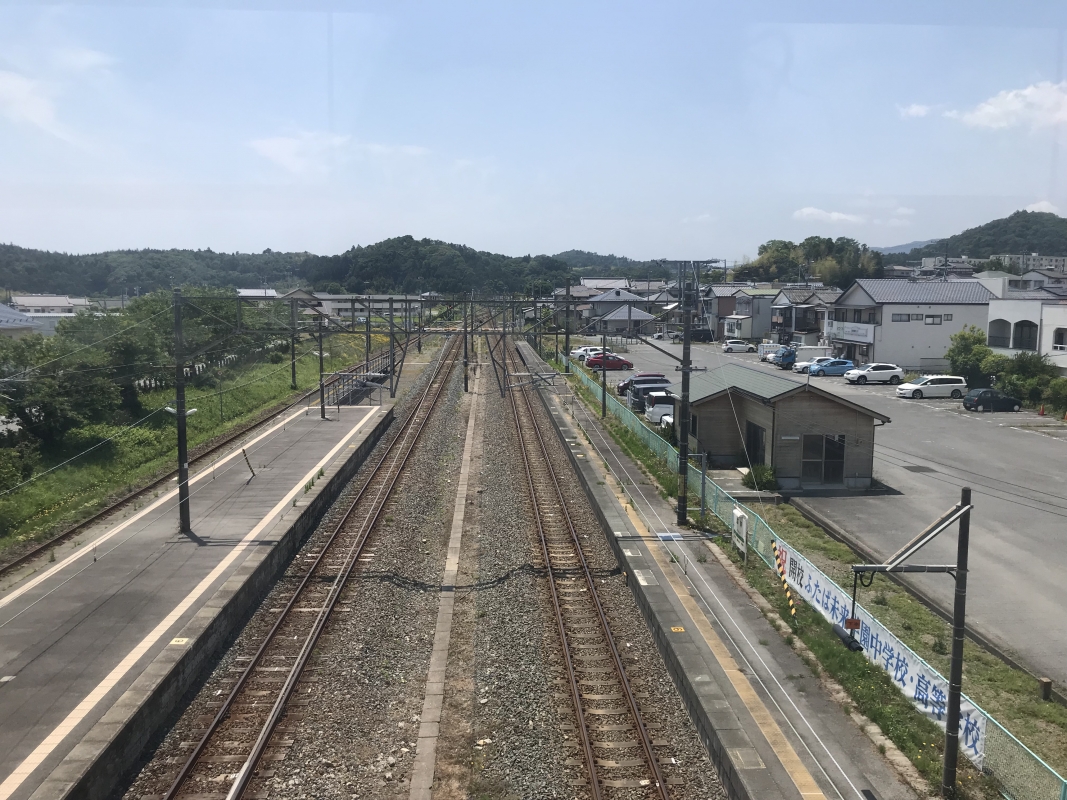 I was able to experience other forms of transit after getting off the Shinkansen at Kyoto for our next few days of this travel leg. Kyoto is a beautiful, mountainous region that is my favorite area so far. In this new megaregion, I found that getting around was somewhat different from Tokyo. Attractions here are further apart, and I got around by bus and subway (about half each). Trains were notably older than the ones I rode on in Tokyo, and all had an old style of velvet seats.

Navigating by bus, I found, was similar to intercity trains since they were standing room and often packed, and each stop was  announced by intercom so navigation was fairly simple. One difficulty however is that the bus stops are not centralized like in a station and it can be tricky here to find where to get on. We waited at one stop for awhile until a helpful shopkeeper kindly told us we were going in the wrong direction. Another difficulty of buses is from their classification as C transportation—they aren't removed from surrounding traffic, and it stopped frequently. Overall, due to comfort and efficiency I would usually choose a train over bus.

Tomorrow, we'll head off to Hiroshima by way of Shinkansen again. I've really enjoyed getting around this way and am already not looking forward to getting home to my car in suburban Atlanta.