After an early 6:25 am flight from Beijing to Chengdu and a delicious lunch in our hotel, our group walked next door to the SKLGP Laboratory in Chengdu Institute of Technology’s campus. This lab is one of the key research facilities for geohazad prevention and geoenvironment protection in China. What does that mean you ask? It means they have a bunch of cool machines and sensors used to recreate different landslide scenarios, test rock and structure  strength, and monitor slopes in real time to name a few.

While on the tour, we were able to stand in the centrifuge room which is used to create extreme force on a pre-formed slope model. The test itself can take only minutes, but to perfect the sensor location and slope model itself can take many months. 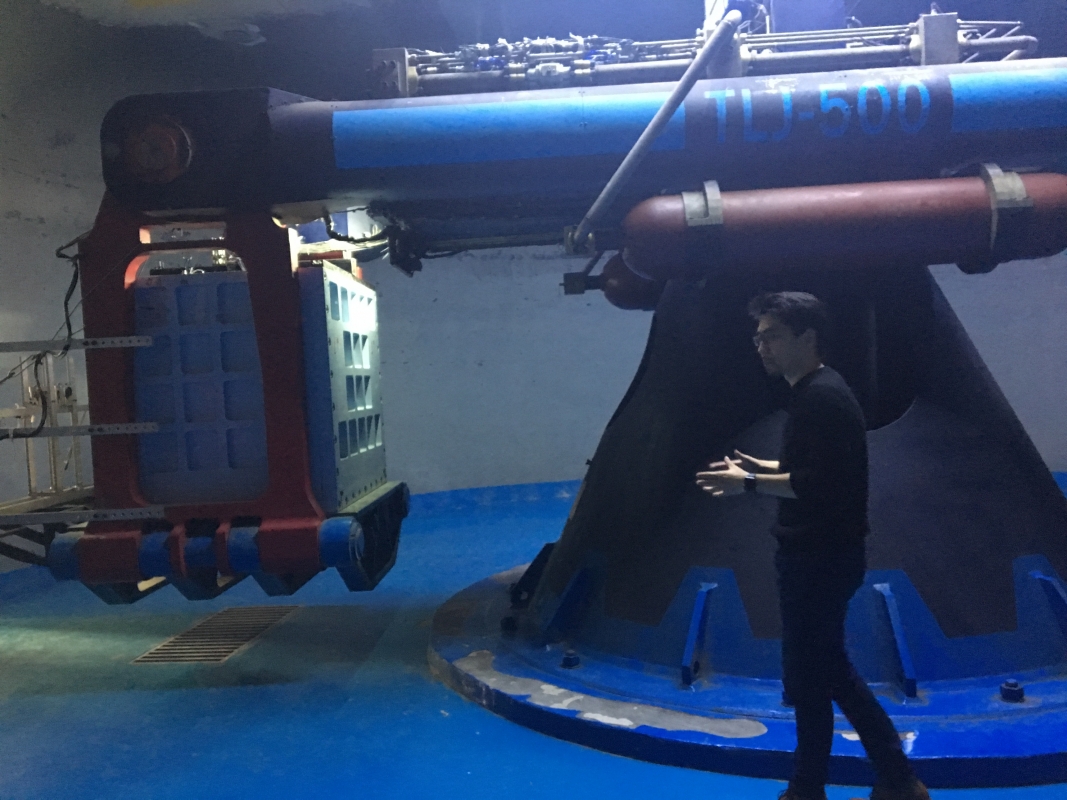 These models used for the centrifugal test are scaled down, but to fully understand large scale soil flow, researchers at SKLGP can utilize the Laboratory for Large Debris Flow. This space looked like a geotechnical engineer’s dream with space for modeling, testing, and lots and lots of soil. We got to see a few soil saturation experiments in progress and the location for a new shake table just outside the building.

To wrap up the tour, some of the researchers showed us their UAV technologies, and allowed us to play with their VR system. Both of these tools are great examples of the bright future of research in China.