On March 20th and 21st, we drove from the Chengdu University of Technology in Chengdu, Sichuan Province, China through the Qionglai Mountains to explore key locations affected by the 2008 Wenchuan Earthquake. As we drove towards the epicenter, I noticed the near vertical slopes along the roads. These steep soil slopes were cut to place roads and build terraces on which to place buildings and plant crops. To stabilize and protect the slopes, cast-in-place, lattice-like concrete structures were built. This method of stabilization is easily constructed with basic molds, cement and water, therefore it is suited for this geography, where there is limited vehicle access. Different lattice geometries such as rectangles and diamonds are used. The examples below are from the side of the highway near the Wenchuan Earthquake epicenter and the Wenjia Gully. 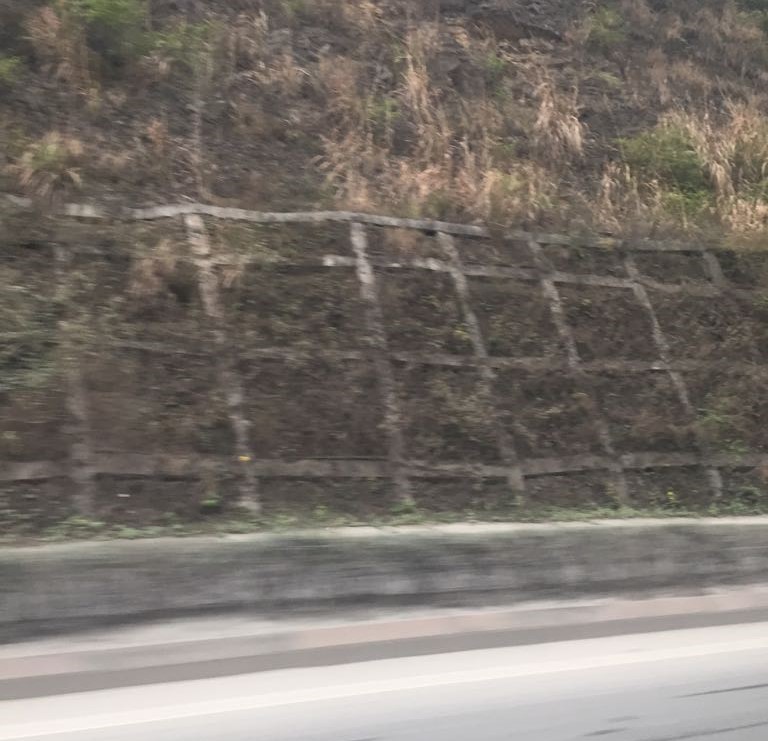 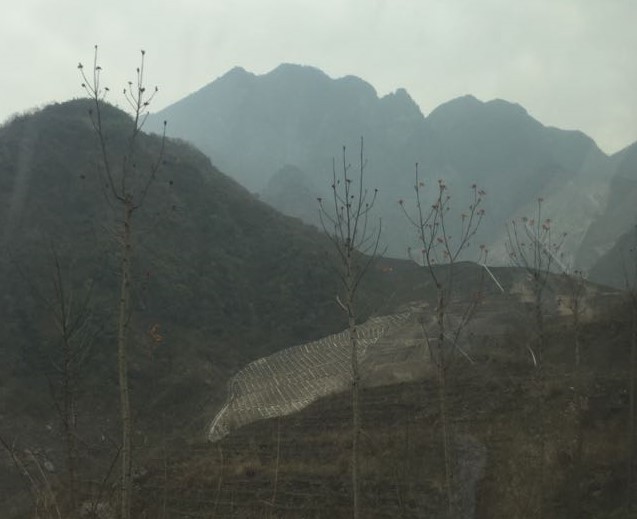 On March 23rd, we drove along the coast line of the Miyagi Prefecture near Sendai, Japan to visit key infrastructure damaged by the tsunami induced by the Tohoku earthquake in 2011. The interesting slope structures I noticed were the articulated concrete mat slope protection systems. These heavy duty and extremely resilient systems are used to protect slopes from erosion and scour caused by high velocity flows and are common for coastal regions. The example below is the channel below the Shida Bridge. 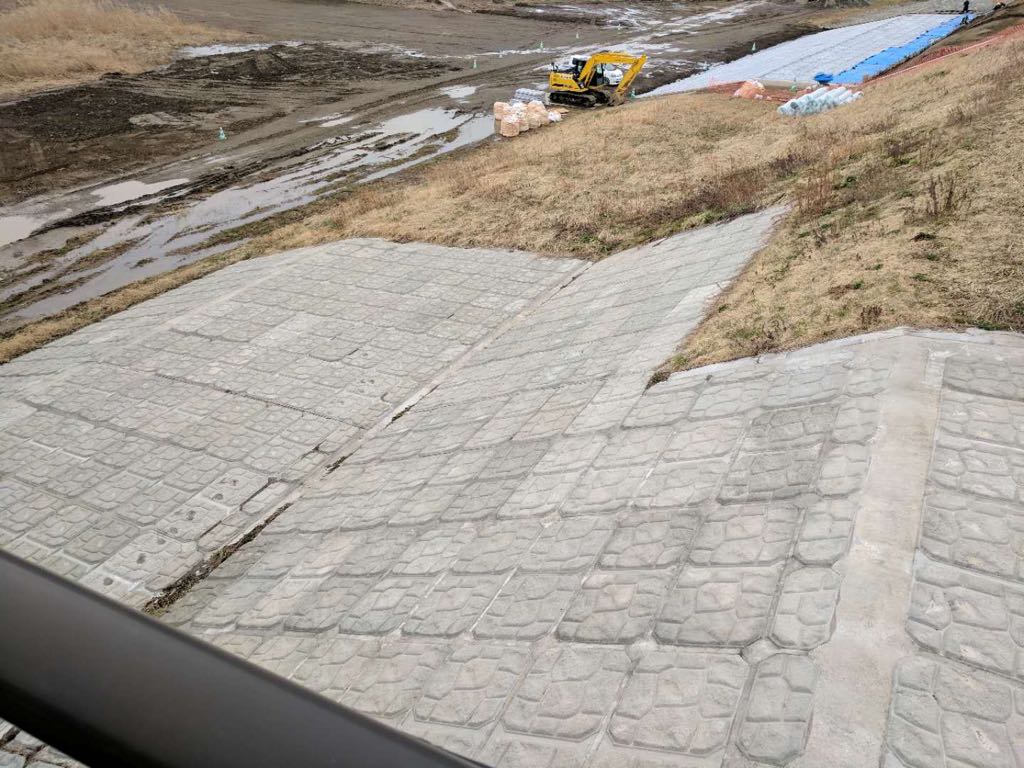