A Reflection on Cycling in the Netherlands

European cities have grown around the concept of shared space. With cities such as Amsterdam dating back to the 1200s, streets were designed for pedestrians, horses, and carts, all using the same, often quite narrow, roads. As transportation evolved, so did the supporting infrastructure, but the history of sharing roads between different modes of transportation never faded. Riding or walking down narrow streets that were home to bike, car, and pedestrian left me with the impression of older times when residents worked with one another on sharing public space rather than relying solely on signage or vehicle size to determine right of way. The interactions between the various commuters, how a road would transform depending on the needs of the moment, from a one-way with a bike lane to a two-way with cars barely squeezing by each other, everyone watching out for one another, was something I had never experienced in the U.S. Many American cities, young and impressionable, have given the run of the road to the latest game-changer, the car. This dominance is distinctly felt in most cities in the U.S., with cyclists and even pedestrians often feeling like trespassers on the land of the car. 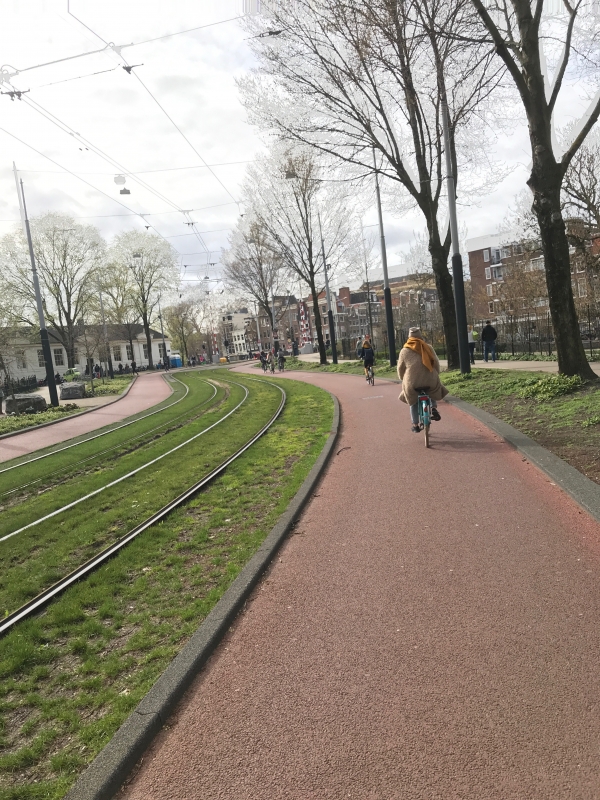 A Car Dominated Road Converted for Tram and Bike

While the Dutch planners admitted that their cities did experience a car-centric era, they are actively working to reverse that trend. Even after showing us how they transformed a street that was once meant solely for cars to a shared space between pedestrians, bicycles, and public transit, it was still hard to imagine such transformations in Atlanta, for example. American roads are missing the historical element of communal space, with road sharing between different forms of transport as the norm streets in old European cities. Not to say that it cannot be done, there have been successful implementations of shared spaces in the U.S., such as a woonerf in Seattle, but the cultural barriers (stemming from historical context) seem larger here than in the Netherlands. 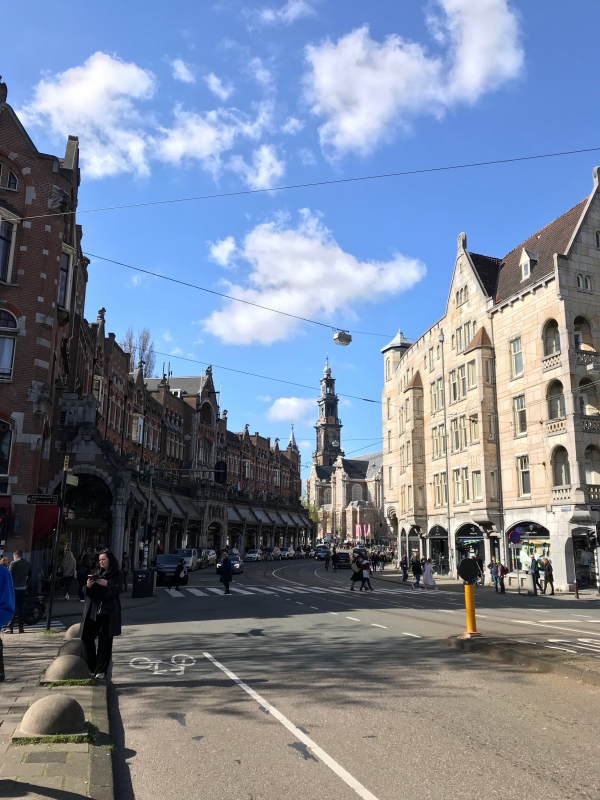 The Dutch have homed in on many strategies that prioritize bikers and make them feel safe. Beyond bike lanes, they have built thousands of kilometers of separated bike paths, and often give cyclists the right of way when interacting with cars. The effort to build expansive and safe cycling infrastructure has had a lasting effect on Dutch culture, allowing for everyone to participate in cycling culture rather than the brave few who venture onto car-dominated streets. Cycling has now been so integrated into Dutch culture that it is the norm for everyone, no matter their age, lifestyle, gender, or economic status. This is in sharp contrast to the U.S. where cycling is seen through certain lenses, such as for people who love exercise/the outdoors or people who cannot afford a car. Beyond culture, safety is also a huge factor for people when deciding to travel by bike. Bikers are 30 times more likely to be injured in the U.S. than in the Netherlands. The Dutch believe their safety success stems from their efforts to completely separate cyclists and cars, only sharing the road when necessary and even then, teaching the cars to respect and make space for cyclists. In the U.S., shared streets with cars and bikes is the most common and, in some cities, cars are uncomfortable sharing the road with bikers and don’t drive safely around them. 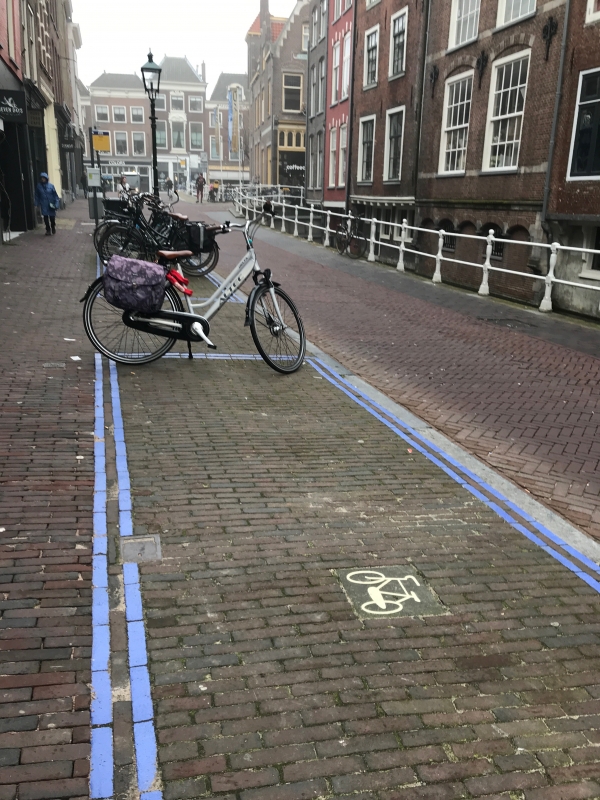 For Pedestrians, Bikes, and Cars in Delft

The experience of biking in the Netherlands is one that I hope I don’t forget when continuing in my career. I want to remember that feeling of ownership on the roads and hopefully help create systems in the U.S. that give cyclists a similar feeling. I want to remember how simple it was to just hop on my bike and go, and that I don’t need to drive to the grocery store or the local restaurants (while it might be a little less simple here in Atlanta, it’s definitely still doable). I want to be a part of a generation that challenges our reliance on cars and moves towards more sustainable modes of transportation. 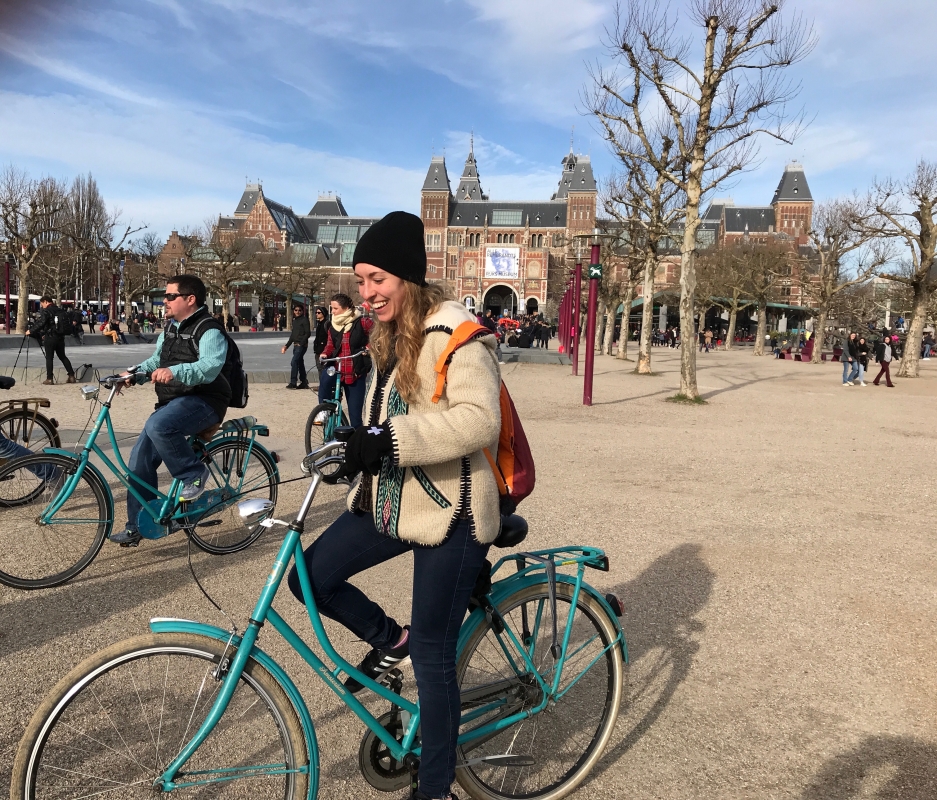 Biking Outside the Rijksmuseum