Is public transit supporting or competing with bicycles? 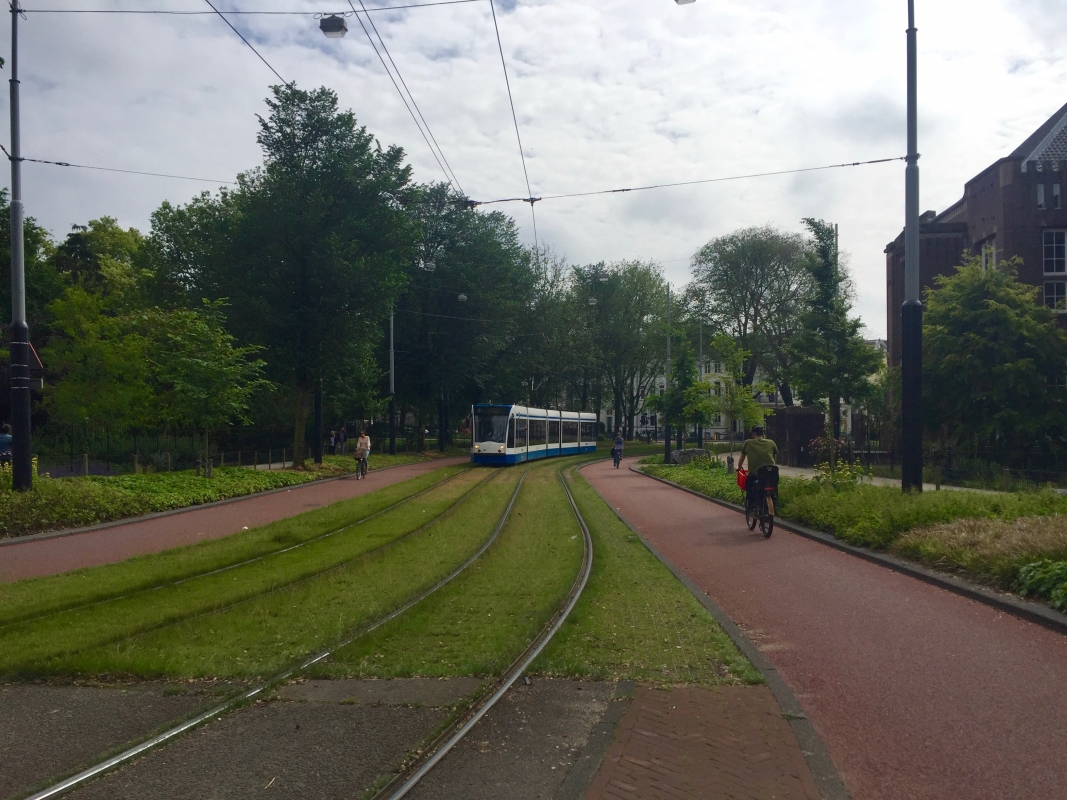 Photo: Example of a street in Amsterdam where vehicular access was removed and the corridor was redesigned to accommodate pedestrians, bicyclists and public transit.

Seamless is an overused word to describe a multi-modal transportation system. However, it’s difficult to find a more suitable term to characterize the relationship between public transit systems and the bicycle network in the Netherlands.

We have traveled through the country side and around 6 cities without using a car. From a tourist’s perspective, transitioning from a plane, to a train, to a light-rail, to a bus, and then onto a bike is convenient and intuitive. It feels like one continuous system. Speaking with transportation planners and engineers in the Hague, Utrecht, and Houten, we learned that the Dutch plan and design infrastructure that enables these two modes of transportation to support one another. I believe way-finding, real-time information, branding, universal ticketing, bicycle parking, and connected sidewalks are the key design features that made navigating the country, without a car, effortless.

Providing users with a legible map is basic, yet fundamental. The maps, on trains, light rails, and in transit stations show multiple networks and key transfer points, which allows users flow from one mode, like a light-rail, to another mode, like a bus. Real-time information is provided at transit stops and on board trains, light-rail, and buses. Small (maybe 3” x 6”) monitors, which display the time of then next bus, are attached to the bus stop poll. It’s simple, but has a profound impact on user confidence and comfort. On-board monitors project the expected arrival times, as well as, schedules for other systems connected to that specific route. This complication of real-time information allowed me to feel like I was in control of my commute. I could make informed decisions and change my route if I anticipated a problem up ahead.

The public transit professionals suggested that creating a uniform brand and universal ticketing was one of the most politically challenging endeavors. While I was not particularly aware of the different branding for each mode, I appreciated the speed and ease at which I could transfer from train to light-rail to bus. I used the same transit pass for each mode, which significantly reduced the time it took me to commute, and the branding must have been so intuitive that had no need to pay attention to it. 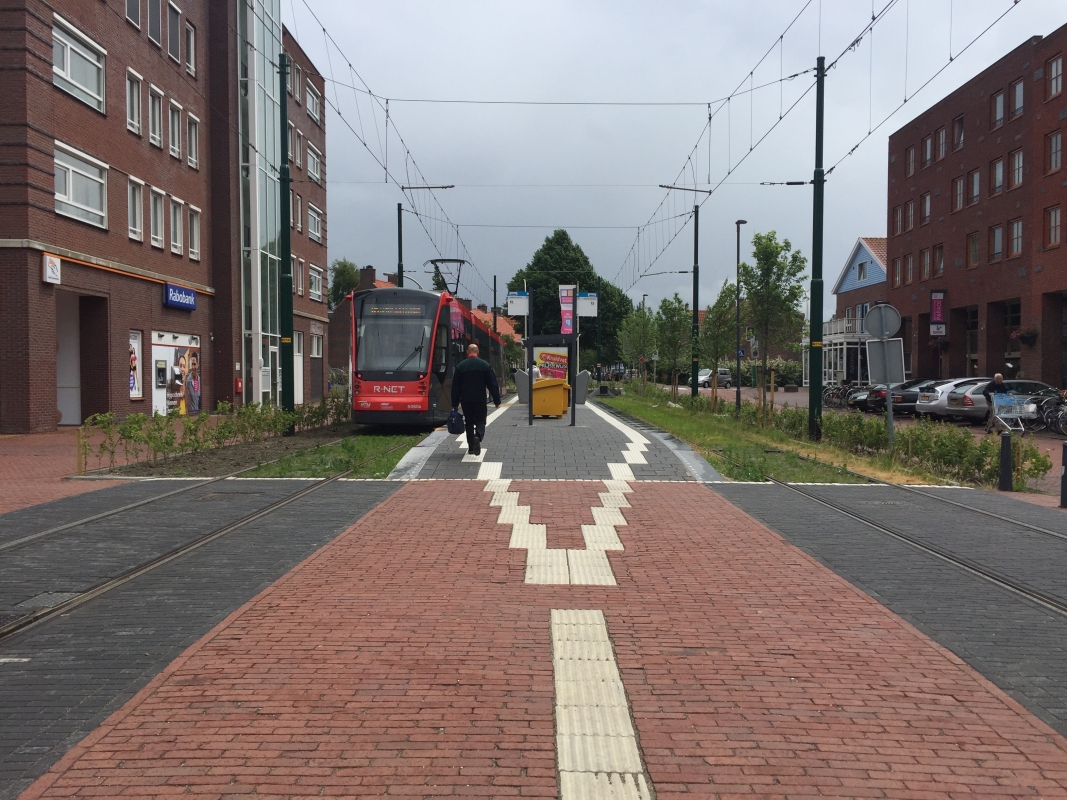 Photo: Light-rail stop near suburban development between Delft and the Hague 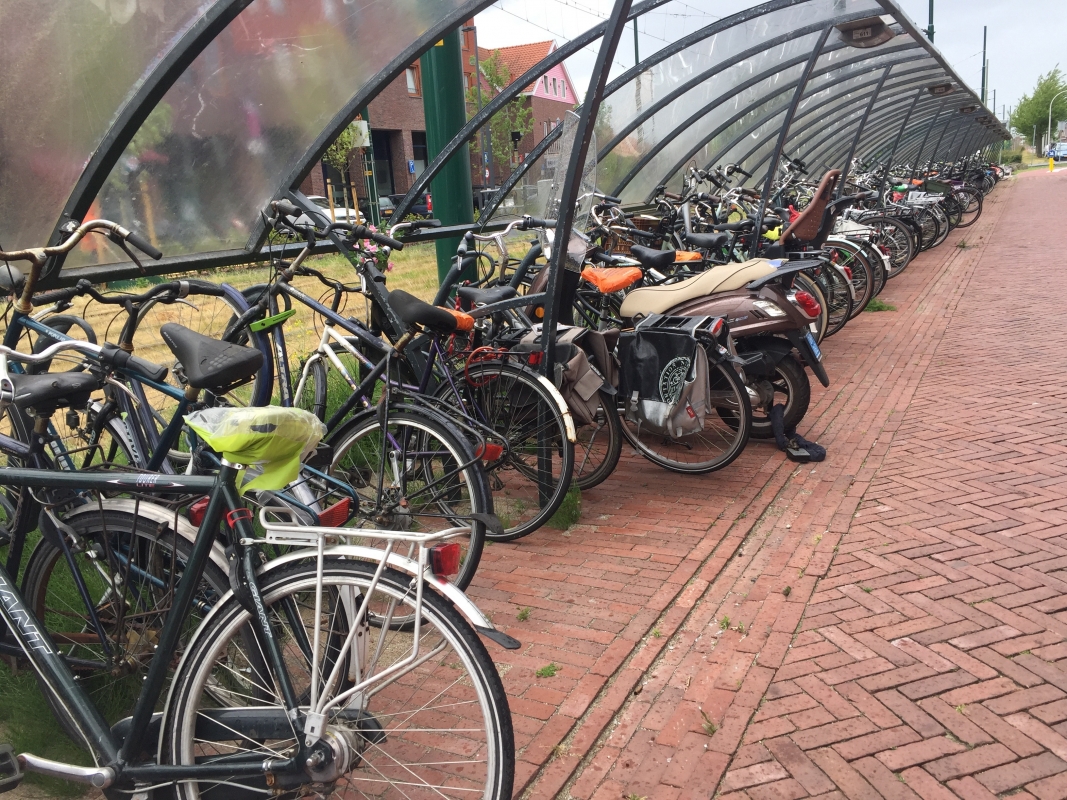 Photo: Bicycle parking next to the Light-rail stop pictured above.

Every city in the Netherlands seems to be in competition over who has the best bike parking at their transit station. The Dutch take a holistic approach to transportation planning and they understand that to stimulate bicycle use they must, simultaneously, encourage people to take public transit. The symbiotic relationship between public transit and biking is supported by providing secure bicycle parking directly adjacent to or even underneath transit stations. The two modes are so well integrated that an overwhelmingly amount of people bike to transit stations. The Netherlands is investing billions of euros to accommodate the people who chose to bike to transit stations. Bikes are getting so much attention that some people feel as if public transit is being neglected. One of the public transit officials in Amsterdam expressed that the streets and sidewalks are littered with bikes, and there is physically no room left for pedestrians and public transit on the street. He made it sound like bikes and public transit are in competition for space and ridership. He suggested a modal shift from bikes to buses and made the argument that if more people chose to use buses to travel to train stations, there would not be an over crowded bike parking issue.

While I do not sympathize with his perceived dilemma, I understand his perspective. Congestion can be a problem for all modes of transportation and finding space for each mode can be a serious challenge. However, I believe that encouraging people to switch from biking to riding the bus is not the answer. From what I observed I believe the Netherlands is making smart decisions when it comes to building out a multi-modal network. I am especially impressed by their decision to restrict vehicular access on certain streets, replace it with light-rail lines, separated bike paths and sidewalks. 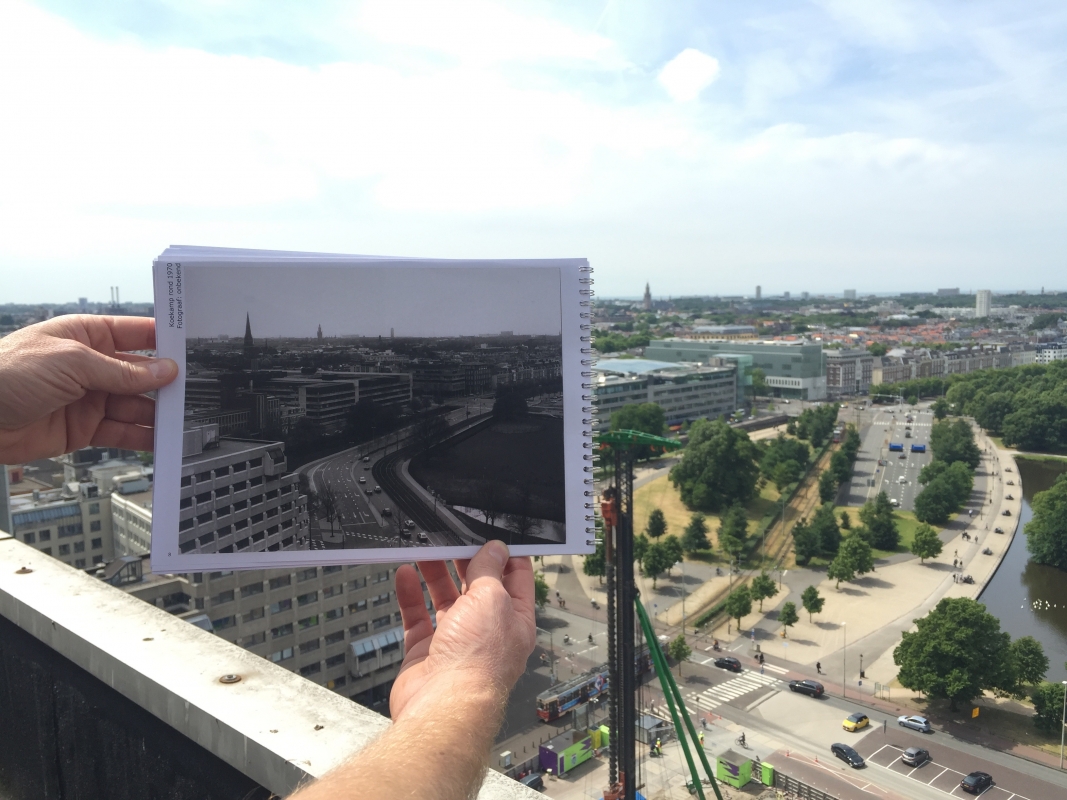 Photo: Before and after the reconstruction and tunneling of a 6 lane road in the Hague. Vehicle access was moved underground to make room for public transit, bikes, pedestrians. For me, one of the craziest parts of this projects involved relocating a 175 year old tree (they moved a massive tree across the park...that's dedication!)