Pre-trip readings: Learning from a distance

If the United States wants to get more people biking, we need to embrace the Dutch philosophy and build separated facilities for bicycles.

​Prior to embarking on our bike adventure in the Netherlands, we read several books and articles that compared the cycling in Europe to other counties across the world. The Netherlands, Denmark, Germany, Belgium, and the Scandinavian countries embrace the philosophy that the safest and most efficient transportation system is one where bikes and pedestrians, for the most part, are separated from vehicular traffic. Contrary to that, the United States’ transportation system was built on the idea that all modes of transportation should share the same roadway. Both philosophies have resulted in extreme differences in bicycle mode share and bicycle and pedestrian fatalities. 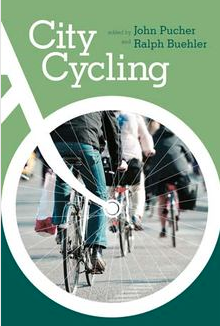 The Netherlands and the surrounding counties have embraced cycle tracks as their standard bicycle facility. A cycle track can be either a one or two way bike lane that is separated from vehicular traffic by a physical barrier. The type of physical barrier varies depending upon the roadway and neighborhood needs. Parked cars or concrete curbs can be used to distinguish the bike lane from the vehicular lane. In some cases, when there is enough space, the bike lane is completely separated by landscaped median. These type of facilities have attracted a wide range of cyclist and provoked people to embrace cycling as a mode of transportation. In 2008, 28% of all trips in the Netherlands were made by bike (Buehler and Pucher, 2012). The ratio of women to men using a bike for transportation is one to one, for all age groups in counties with high bike mode shares.  In comparison, as of 2008, the United States and Australia have a bike mode share of about 1% and the majority of cyclist are men. This statistic alone suggests that the physical layout of cities and the bicycle infrastructure, in the Netherlands, appeals to a larger number cyclists.

In the book City Cycling, Peter Furth attributes the drastic difference in mode share to the different infrastructure models. The United States has actively opposed separated facilities since the 1970s and, instead, built a system where bicycles and cars are forced to share a lane with motor vehicles. John Forester used his vehicular cycling theory to lead the opposition against Dutch separated facilities. The primary argument is that separated path make it difficult for drivers to see cyclist and increase the risk of fatal crashes at intersections. Forester believes that a vehicle is more aware of bicycles if they are in front of them in the roadway. This theory disregards perceived safety and comfort, which are major factors in getting a wide range of people to ride. If people feel comfortable, they are more likely to bike. Today, the majority of cyclist in America are men, who ride for recreation. The on-street facilities work for them because they are usually traveling at fast pace. However, they are not suited for anyone who is afraid to ride next to vehicles traveling at least 40 mph.

In summary, through these readings, I’ve learned that the character of bicycle infrastructure impacts the culture of cycling and shapes the type of cyclists you will see around town. If you separate bikes from vehicles traveling at speeds greater than 15 mph, you are more likely to see a balance between men and women biking.