The Transportation Network of Houten

Houten is an idealistic city created in an almost perfect circumstance. The ring road around the perimeter encloses a town full of happy children, safe streets, and proud residents. Andre Botermans, a city planner who works and lives in Houten, gleamed about the town's achievements and accolades for their system of cycling infrastructure. Most routes within the ring are free from vehicular traffic, and so cyclists and pedestrians can safely travel without having to stop and yield to cars. Children can bike to and from their schools, and to any of the plentiful playgrounds. The city is centered around two "hearts", which are both located at train stations. It takes less than 20 minutes to bike from any house in town to the train stations, and from there it is only a 10-minute ride to the thriving metropolis of Utrecht. Two thirds of people in the Hague work elsewhere, so it is important to connect biking and walking with public transit. Trains go from Houten to Utrecht and Rotterdam, and buses go around Utrecht to other cities in the area. 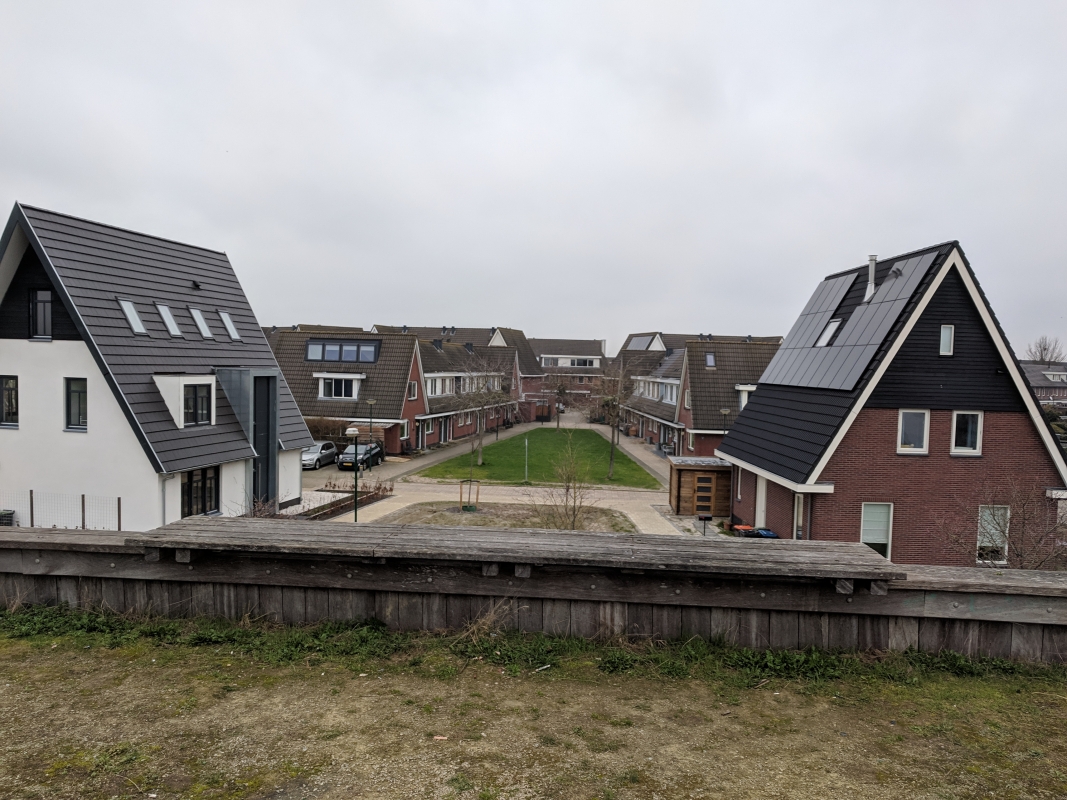 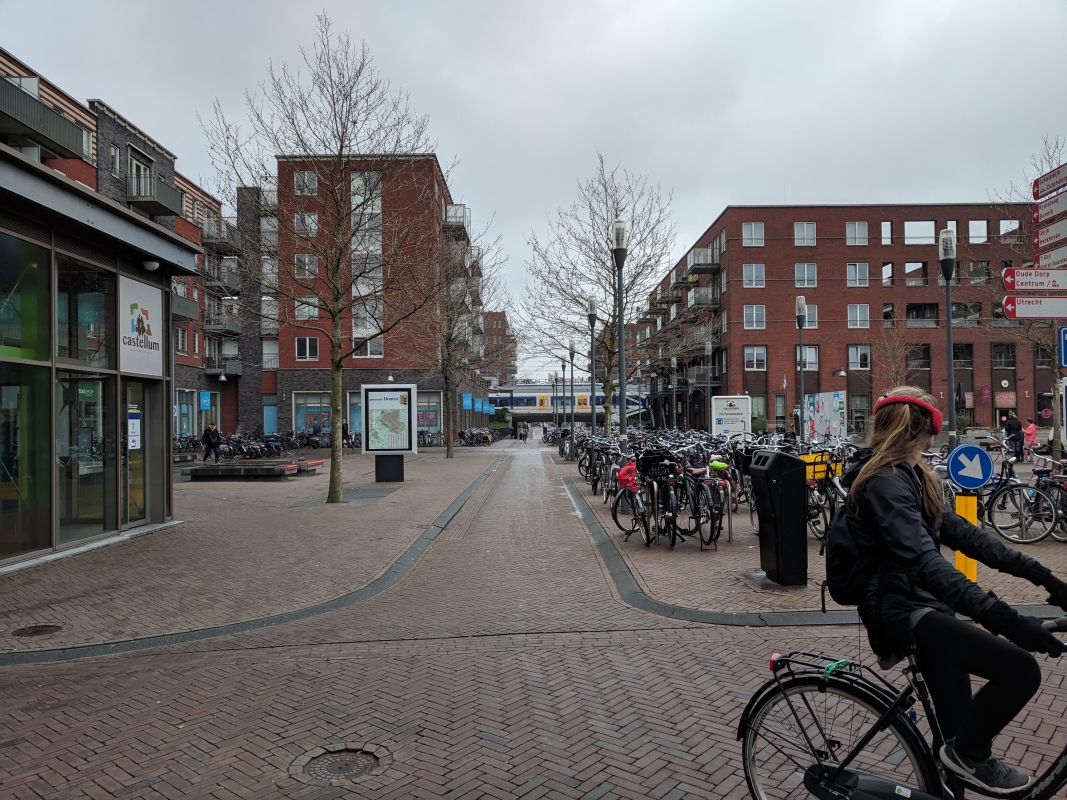 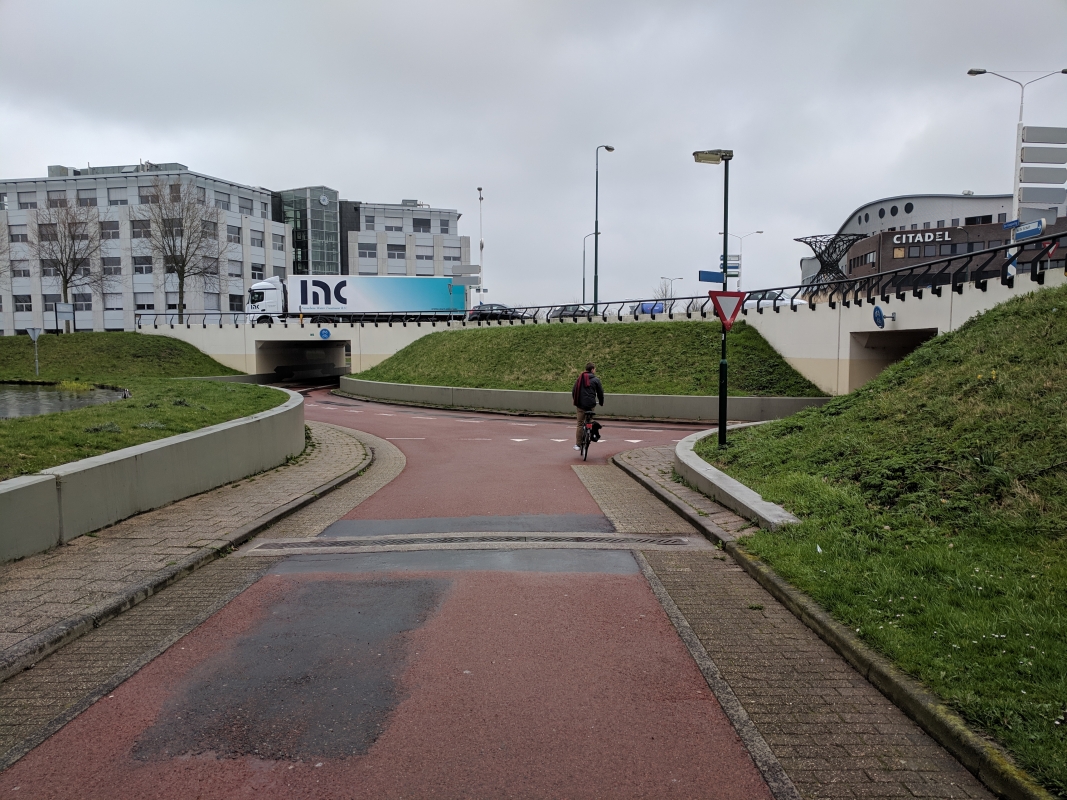 Some of the most interesting features of the bike network are the two-level roundabout, the bicycle bridge over the water, and the dual city hearts. These features, along with many others, earned Houten the "cycling City of the Netherlands" in 2008 and 2018. The overall planning of the town makes cycling a very appealing option for residents. Bikes are allowed on all the paths, which provide direct routes between neighborhoods and other destinations within the town. Car parking is also typically about 100 meters from houses, which encourages cycling or walking to close destinations. Planners also prioritized greenery and water along routes, which creates lovely views as you travel within Houten.

Realistic Applications in the US

I think small towns in the U.S. could create a similar system for cycling, but they need to have connections via transit for longer trips. Near my hometown of Germantown, MD, the DC metro stops in many suburbs. There is new funding and a biking master plan for Montgomery county, and some suburban areas are already designed with housing, schools, offices, and shops within a three-mile radius. If cars were rerouted around these communities, the existing arterial roads could be converted to bike paths. From an infrastructural point of view the transition would be reasonable, but there would have to be an acceptance of the cultural shift from all residents in the community. Most Americans value the convenience of driving, and they would be reluctant to change their daily travel modes. This idea could be better suited for new developments with a focus on young professionals. With enough resources and willing inhabitants within the ring road, the Houten model for cycling could be effective in American towns.