The Atlanta Bike tour on Friday, February 8th was one of my favorite experiences in terms of exploring Atlanta. Not only did the act of biking engage my senses constantly, but it allowed me to also appreciate the diverse sights and sounds that Atlanta has that cars hinder you from noticing. Overall, this was a very eye-opening experience into the strides in bike infrastructure that Atlanta has made in the very recent years. 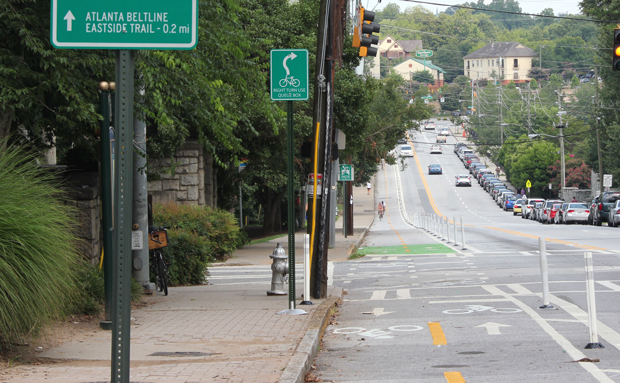 During the bike tour, one of the first revelations was the amount of infrastructure that had actually existed at that time that was neither present in the past three years nor known to a majority of my classmates. The first cycling tact on 10th Street adjacent to Piedmont Park was truly one of the first times I truly enjoyed riding a bike in Atlanta. I realized that having a right-of-way that was designed and designated for use of your specific mode of transportation was not only better in terms of stress, but also necessary in order to encourage various forms of transportation. Thus, I completely understand why cars feel safer on the road than most other vehicles because the road was designed for cars. 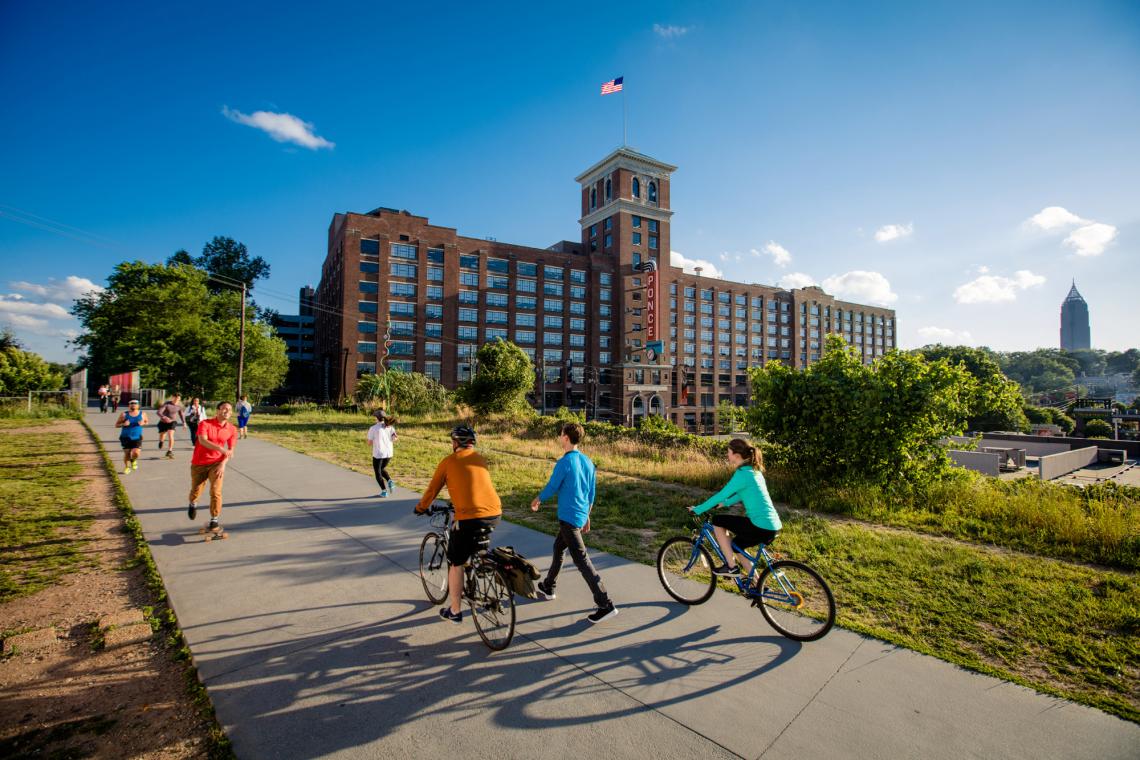 As we continued on the tour, the Beltline and Downtown infrastructure was truly beautiful. Taking the Beltline for the first time was truly an interesting experience that truly allowed me to understand the "craze" that ATLiens have with the path. Due to multiple infrastructure techniques that used in the Beltline design, it truly created a space for bikes and pedestrians. Additionally, the fact that there were multiple stores that had their main entrance toward the Beltline rather than a major road allowed me to truly understand the economic benefit of having multi-modal transportation. For Downtown, there were a few more hills than the Beltline--which made it very difficult to navigate, especially with cars speeding right passed. However, halfway through the Downtown corridor when we came to the curbed bike lane, it created a slightly protected lane that allowed biking to be very much more relaxing & safe versus the unprotected cycle lanes. Therefore, I can definitely say that I feel on the tract that we took for the ATL Bike Tour was a seven out of ten in terms of safety.

It is evident that the American and Dutch transportation priorities and infrastructure are not only different but approach integrating bikes into the framework of mainstream transportation in systematically diametric ways. The United States of America views bike infrastructure as unnecessary and does not view biking as a viable means of transportation as bike usage has always been viewed in a "children's" frame of reference. Though biking in America has increased in the past few years, there have only been small, sporadic strides in major cities to actively tackle this problem. However, one of the things that I noticed is the current American bike infrastructure compared to the early Netherlands bike infrastructure are almost identical. Because of this, the strides that can be made are completely possible. Thus, I will compare these two systems holistically. 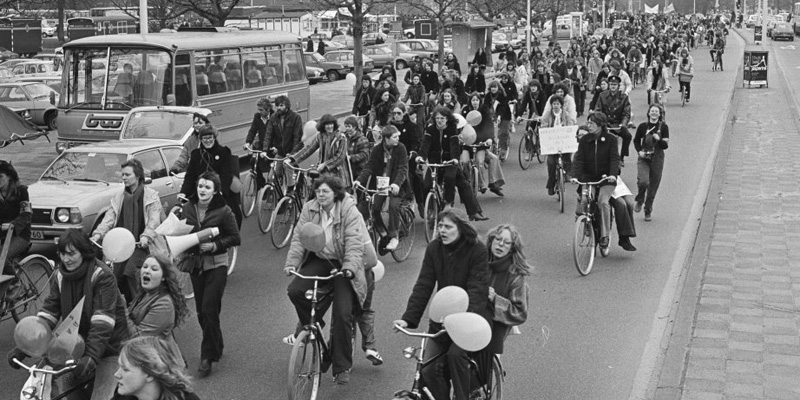 After World War II, the United States and the Netherlands were in two very similar places economically as both nations had become extremely prosperous following the war. Moreover, this sparked more car infrastructure in both nations as well as the erasure of the basic cycling infrastructure and public spaces in the Netherlands. People in both countries started moving away from the main place of work. Yet, after a big political movement by the citizens in the Netherlands, the government was able to put resources toward the bike infrastructure. This latter point is probably the most important in terms of helping America get to the point in which they have adequate, safe, multi-modal forms of transportation. It is important that the citizens raise extremely high standards for the national and state governments to implement more bike safety and bike infrastructure. Things such as Atlanta Bike Coalition and Midtown Alliance are two support groups that help to advocate for the betterment of bike users; however, these groups have not garnered the national attention to the point of integrating it into the conversation of improved infrastructure that is already happening nationally. Therefore, when we look at the current bike infrastructure in the United States, it is easy to see why we have such low-quality facilities (there is also the funding framework of the DOT system as well as the lobbying of automobiles as well as subsidies for these industries...but let’s not get too antsy). 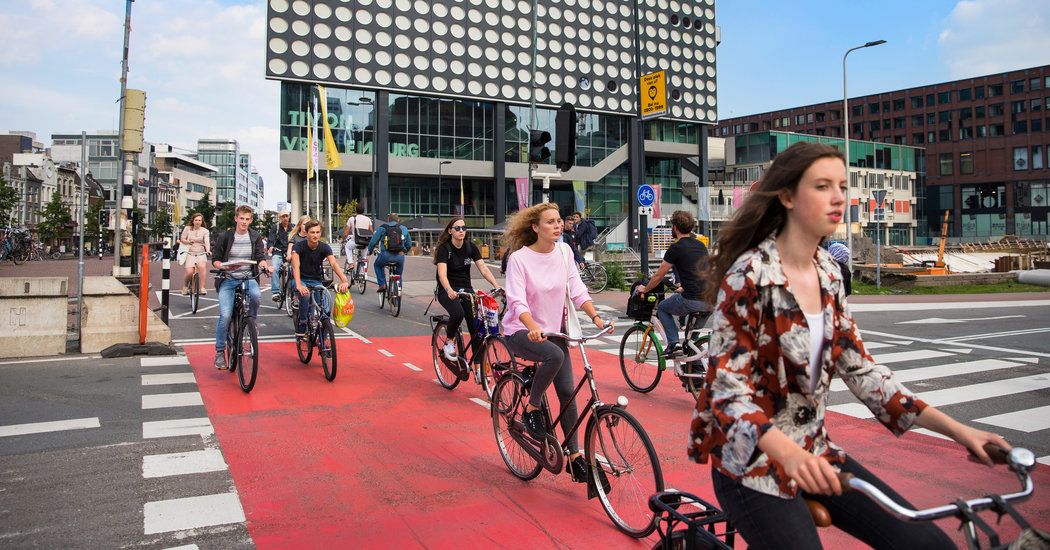 Finally, in terms of how riding in the Netherlands versus the United States, I can definitely conclude that the infrastructure in the Netherlands does assure safety. One of the things that could truly help this be advanced is to increase the volume of bicyclers on the road due to the fact that numbers are important for changes in politics as well as the ideology that there are “safety in numbers.” I hope the United States can do this as well, but I doubt that will happen.