To kick off our series of cycling tours, we started with our home City: Atlanta, GA. Unfortunately, I was slow to recover from a cold and could not participate in the tour with the rest of the class. Instead, I dragged my fiancé out on a Saturday to do the ride with me (Thanks, Abe!). Figure 1 shows our route, which contained a combination of various types of bicycle infrastructure, from “sharrows” to dedicated bicycle paths (more on the infrastructure lingo can be found below). 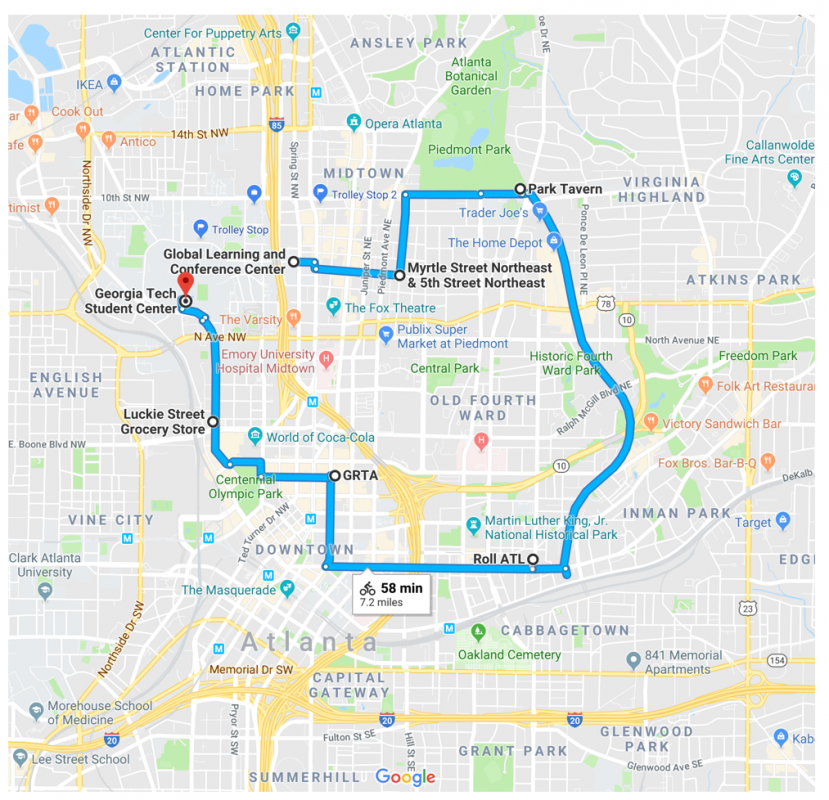 ALTA uses a metric called “Bicycle Level of Traffic Stress” to classify cyclists into four general categories (altaplanning.com, 2017) as shown in the figure below. I would classify myself “Interested, but Concerned” because I generally want to cycle, but am hesitant due to lack of connected infrastructure.  Unlike my classmates who participated in a 15-person group ride and benefitted from safety in numbers, I endured a more typical cycling experience by biking the route with just one other cyclist.

The first leg of the route ran down 10th street, a major east-west corridor running through midtown Atlanta. 10th Street utilizes “sharrows”, as shown in the photo below, which are meant to indicate a shared roadway for vehicles and bicycles. The sharrows also indicate general placement of a cyclist relative to vehicles in the roadway. I felt uncomfortable biking in the roadway with vehicles, and thus was ashamedly confined to the sidewalk for most of this leg. I did see a few brave souls in the roadway, but I can’t imagine that even a “Strong and Fearless” cyclist enjoys fighting vehicles for space along this corridor. 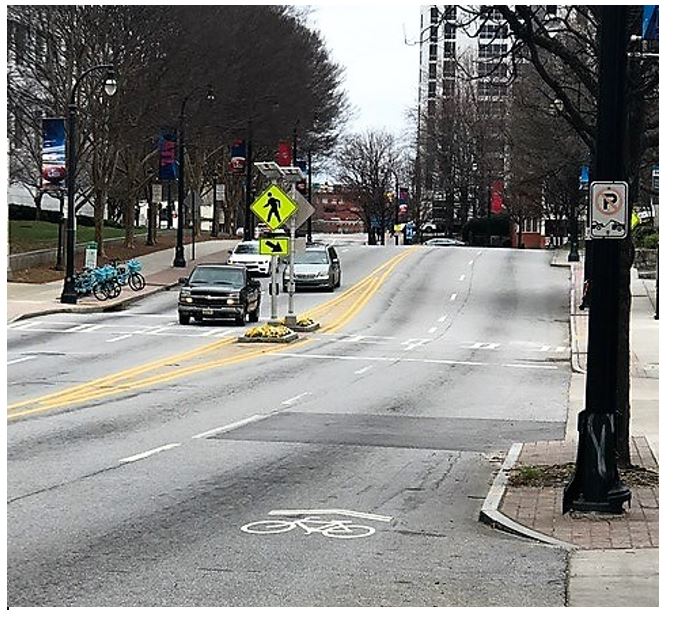 Moving along 10th, we came upon Piedmont Park, Atlanta’s “Central Park”. I found sweet salvation in the protected bike lane, pictured below. The protected bike lane is just that, protected. Although not always aesthetically pleasing, bollards (plastic posts) clearly delineate lanes for vehicles from lanes for bicycles. Busy intersections have increased visibility for cyclists due to an abundance of pavement markings that signal the increased presence of bicycle traffic to drivers. More cyclists were present along this leg, indicating an increased level of comfort. 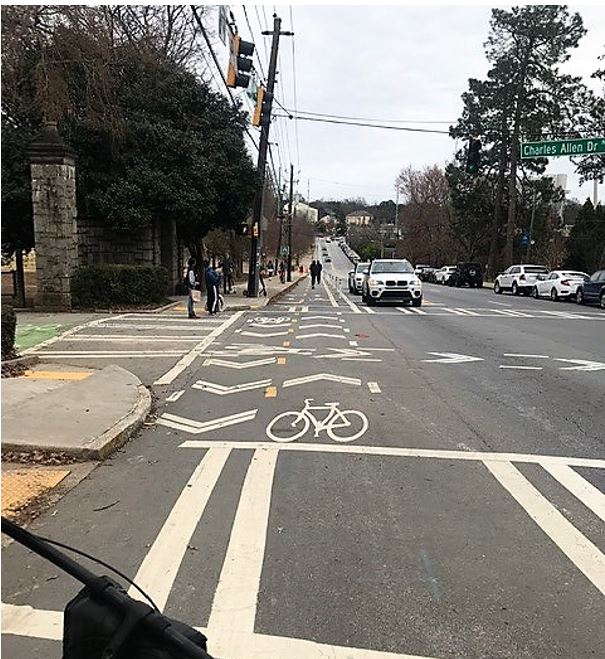 Next, we entered Atlanta’s Holy Grail, The BeltLine. The BeltLine is a multi-use pathway that allows bicycle and pedestrian traffic only. Since we took our ride on a pleasant Saturday afternoon, the BeltLine was jammed pack with cyclists, pedestrians, and to my dismay, scooter-ers. Nonetheless, the cycling environment was generally comfortable, and certainly non-life-threatening. 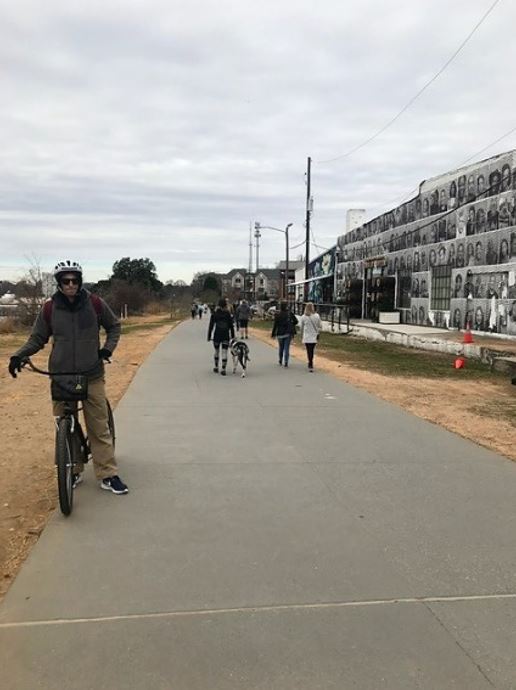 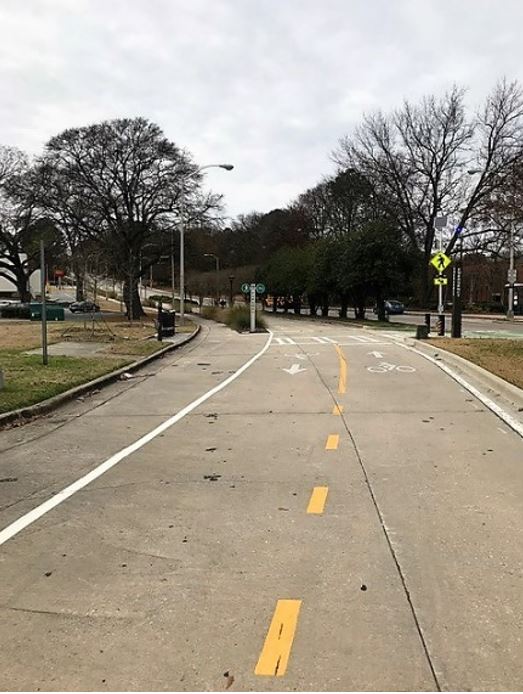 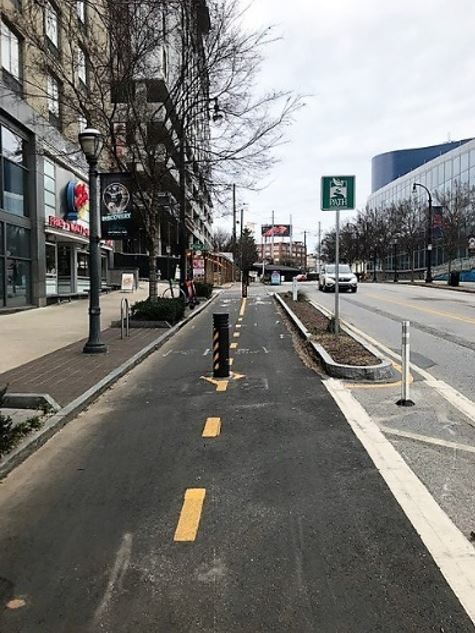 Figure 7. Cycle-track in downtown Atlanta protected by bollards and a median 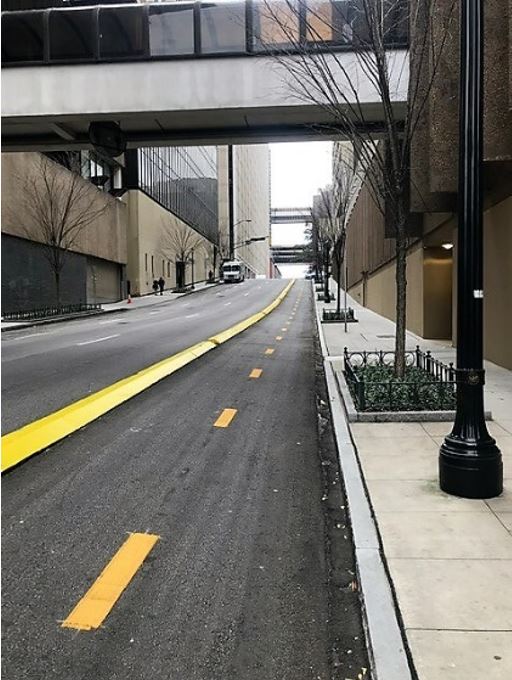 Figure 8. Cycle-track near downtown Atlanta separated from roadway by curbing 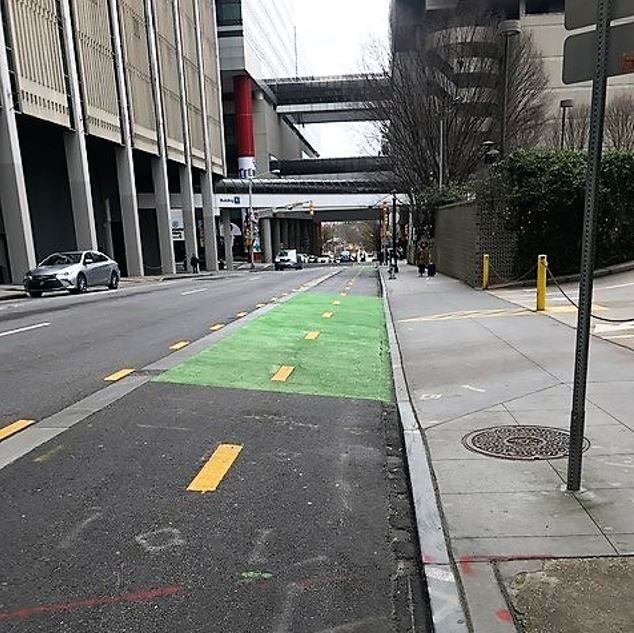 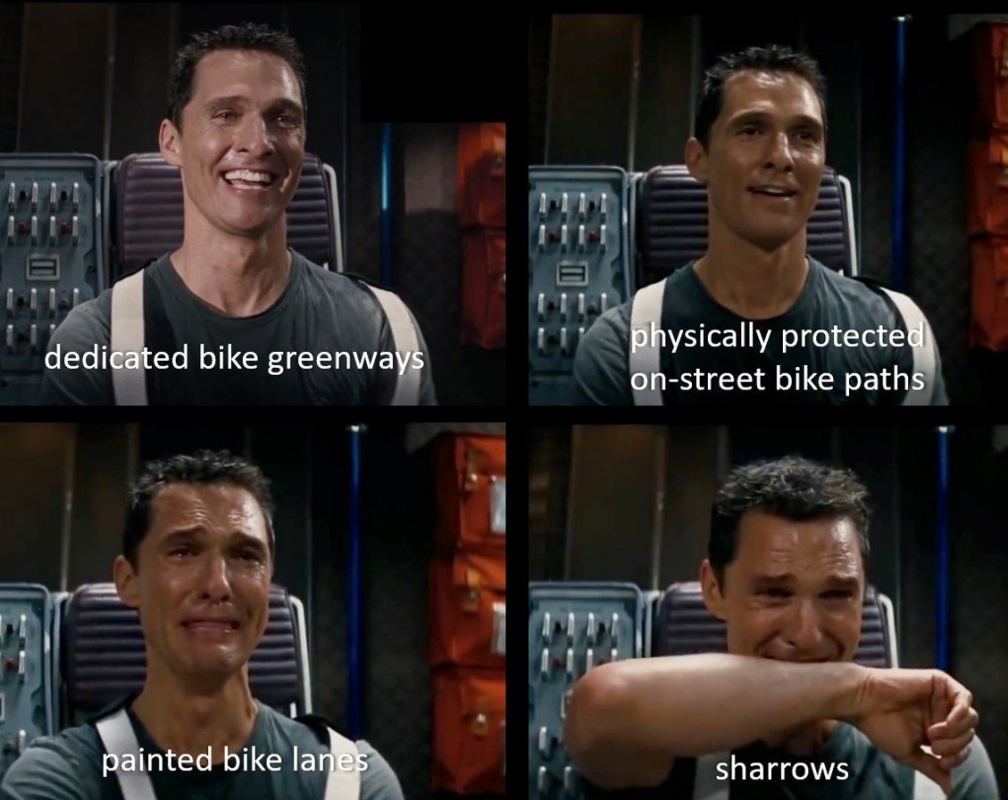 Figure 10: A round-up of my thoughts while biking in ATL (Source: https://pbs.twimg.com/media/DyrLoBHWkAAFYsE.jpg)

The first two bullets on the timeline sound mighty familiar (hint, hint: US). However, the US did not institute bicycle-specific policies in the 60's and 70's, but instead promoted larger freeways with high speeds and increased capacity. Policy and design emphasis was on moving cars quickly and not much more. 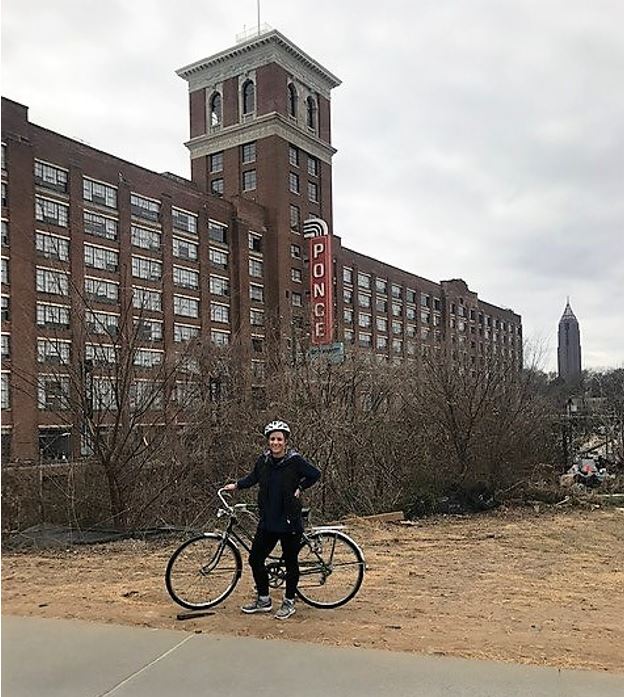