Dr. Watkins said it best: “the only stressful thing for Dutch cyclists is dealing with new American cyclists on their paths.” From our first cycling tours around the city of Delft, it is clear that the Dutch have fine-tuned the best practices for safe street designs. Their bicycle infrastructure is safe because it is continuous, recognizable, and intuitive for all users. The cycle paths are also impressive because they are well connected throughout the entire city. All across the city, the streets were designed to accommodate all modes of transportation. And different design techniques were used to enforce safe, stress free measures for cyclists. Roundabouts and protected intersections ensure safe transitions at junctions for cyclists and pedestrians without hindering the traffic volume through-put for cars. Bike boulevards provide convenient through access to more major roads for cyclists while inhibiting car traffic. And advisory lanes for cyclists are used for streets with limited space. As seen in the image below, two-way traffic is allowed on this street, but the cars must not impede on the bicycle space if there are cyclists around them. All of these measures show that cyclists are prioritized over cars in the Netherlands. Cyclists are always given space or infrastructure accommodations when needed. Streets are also designed to give the most direct route for cyclists, whereas cars may be slowed down or prevented on certain bike-designated streets. 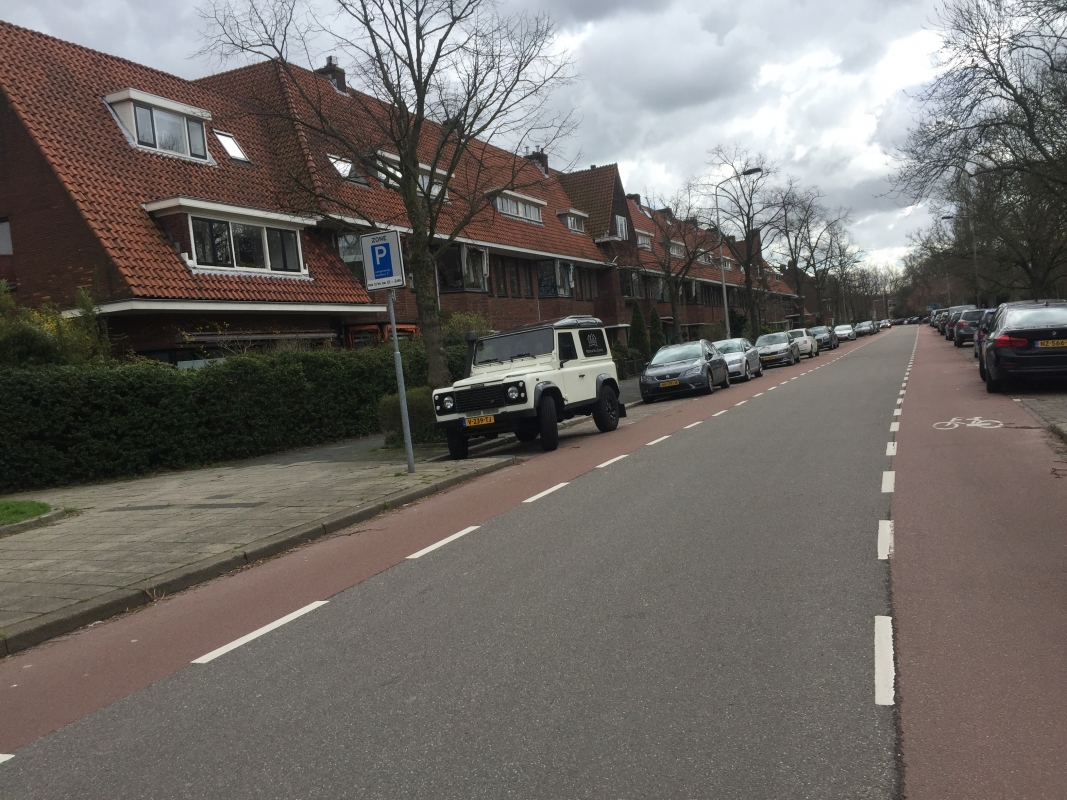 In the Netherlands, cycling is perceived as a necessity for daily use, similar to how Americans perceive cars as their go-to form of transportation. When our group went out for a bicycle ride on Sunday, very few casual cyclists were on the road, but on Monday we were never alone on the cycle paths. In America, this may be the opposite situation for cyclists because more people bike on the weekend as a leisure activity. These differences in utility are important because it leads to a different perception about cycling. In the Netherlands, bikes are perceived as a necessity for local transportation, therefore their cities would not function properly without them.

The United States, unlike the Netherlands, does not have bicycle infrastructure that is connected across the city. For example, Atlanta has a few cycle tracks, but they are scattered around the city and they often stop at intersections. Even on minor roads near the established safety tracks, safety measures are not identified or enforced for cyclists. This is not just the case in Atlanta, but in towns all across America. City streets give priority to cars because that is the common form of transportation. At intersections, cyclists must merge with traffic to turn, which is dangerous and difficult for an amateur bicyclist. American bicycle infrastructure is still a work in progress, but the Netherlands system shows a good example to start from.