Waste Disposal in Japan and the US

The US system of municipal solid waste disposal is much different than in Japan. We have a lot of space, so we can afford to throw everything in a landfill. Japan, on the other hand, burns a lot of their trash to save more space and produce energy. I’ve personally found it difficult to organize my trash correctly in public places. Especially in the first week when I didn’t know they burned their garbage. Organizing trash is much easier with pictures and I find that true at Georgia Tech too where we have pictures in some places. Sorting trash has been easier now that we are settled in Kobe. Our apartments have three bins and instructions for sorting trash (see below). 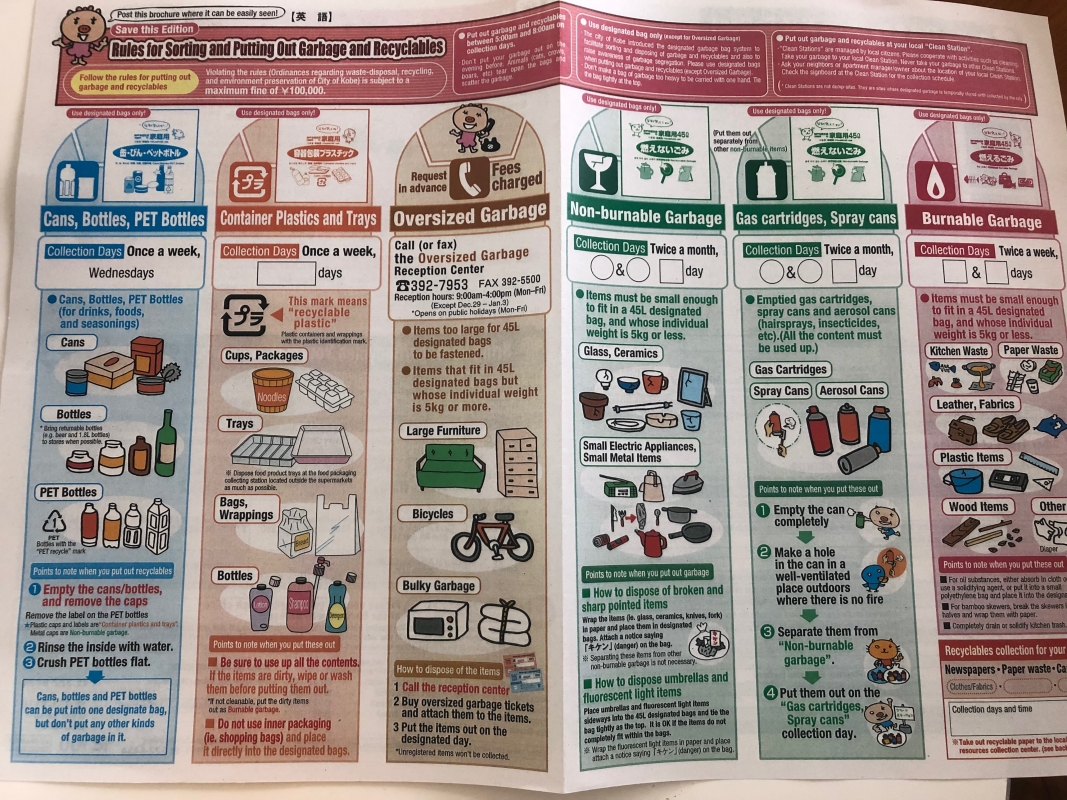 Japan takes recycling more seriously than in America. The recycling program in the US can be confusing with all the different plastic numbers and meanings. It also is very inefficient. Personally, I think recycling is not worth the effort and we should instead try to reduce the production of single-use items (Japan also). I visited a recycling sorting plant in Georgia in high school. People are bad at sorting cleaning out recycling containers and sorting things correctly, so a lot of the waste has to go to landfill instead. I’m not sure how effective the system is here, but it seems the people take it more seriously. 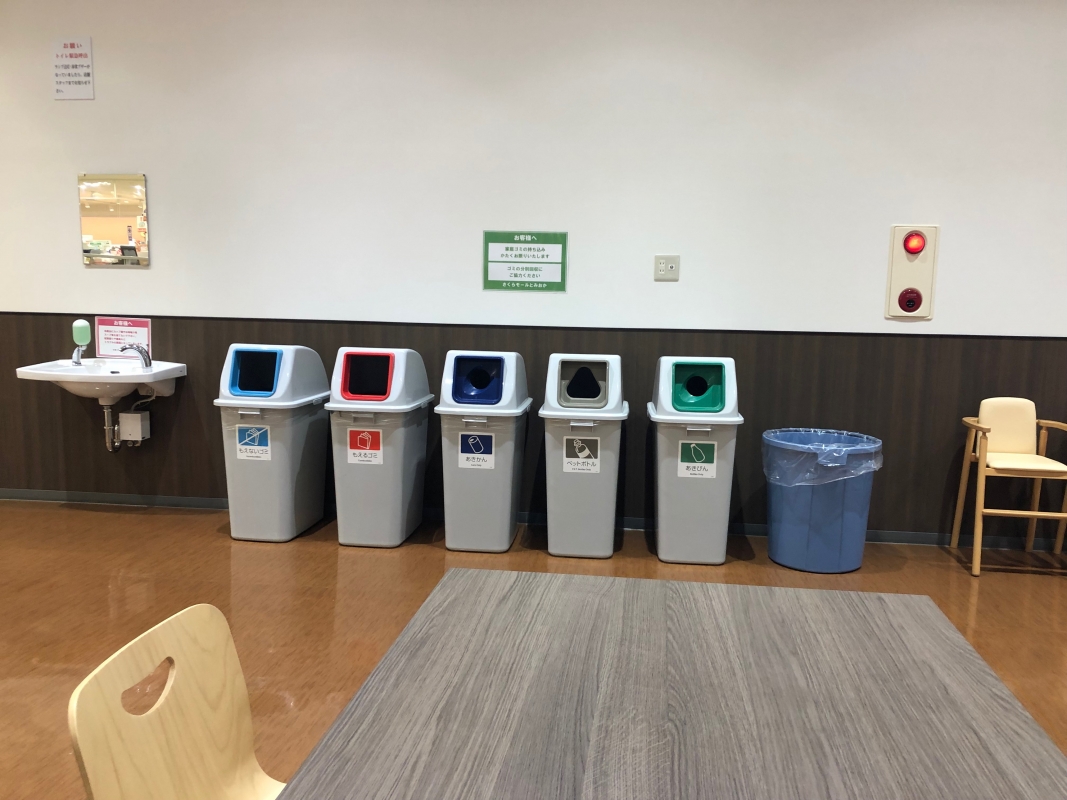 Since more plastic items are sorted in Japan, it’s harder to break away from using plastic. They already have a system in place that works (or seems to). Because America has landfill space, we don’t see the amount of trash we are throwing away as a concern. It’s harder to get people to organize their trash when the waste is not impacting their living space. In Tokyo, there was an ad on the train about reducing plastic waste. They said that Japan was the second highest plastic waste producer behind the US. There are similar movements in the states, but I think it will take longer for us to change.

Hopefully both countries and places around the world can create more sustainable waste practices. There are only so many resources on our planet, and it would be nice to not run out in the near future.