Although Japan’s land size is the equivalent to that of Montana’s, it is still divided into multiple regions, each with a unique culture. Through my travels, I have been able to experience life in two of Japan’s major regions: Tokyo, including its surrounding metropolitan area, and Keihanshin, consisting of the cities of Kyoto, Osaka, and Kobe. These two regions serve as stark contrasts of each other, as each area has distinct cultures and environments.

When I traveled within Tokyo, I was initially struck by the sheer number of people I was surrounded by. The streets were packed with swarms of people rushing from one place to the next. The picture below depicts the famous Shibuya crossing where Tokyo’s dense population is very much evident. Especially later in the day, trains are packed with people occupying every possible space, leaving little room to even breathe. The congestion in this region only continues to worsen as the region expands. In Keihanshin, the area is far less populated and has been experiencing population decline over the years. Because Tokyo has to accommodate its massive population and fast-paced environment, it prioritizes creating an efficient transportation system and incorporating the newest technologies. While the Keihanshin region certainly has superb transportation, I have noticed that many of the trains appear to slightly outdated, with less technological advancements, and longer wait times. 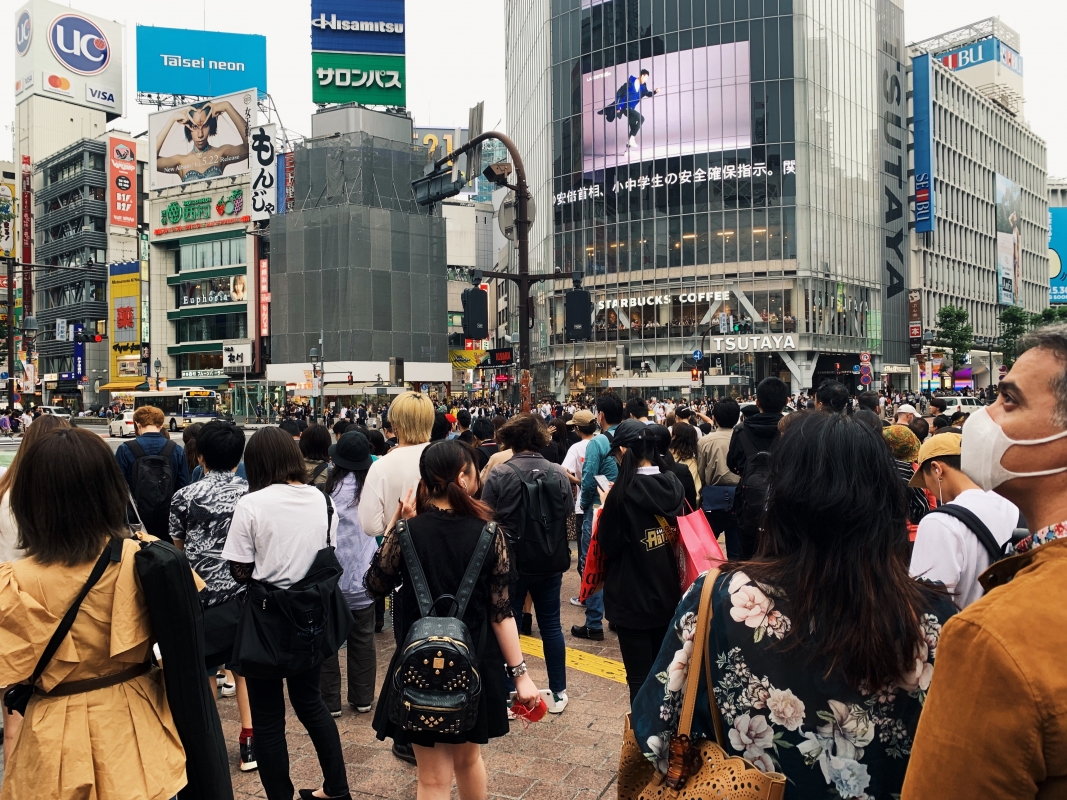 The crowds at Shibuya crossing.

Tokyo is also a global city, serving as the headquarters for a multitude of major corporations, which has attracted a middle-aged professional population. Thus, their culture is very much work-oriented and has formed a rigid atmosphere. Everyone appears to be consumed with the work ahead of them. There is always someone to meet or someplace to be, contributing to a rushed environment. Interestingly enough, a fellow classmate from Kobe University mentioned how owning a Suica card, the transit fee card typically used in Tokyo as opposed to the Icoco card used in Keihanshin, is often associated with a stuck-up nature. 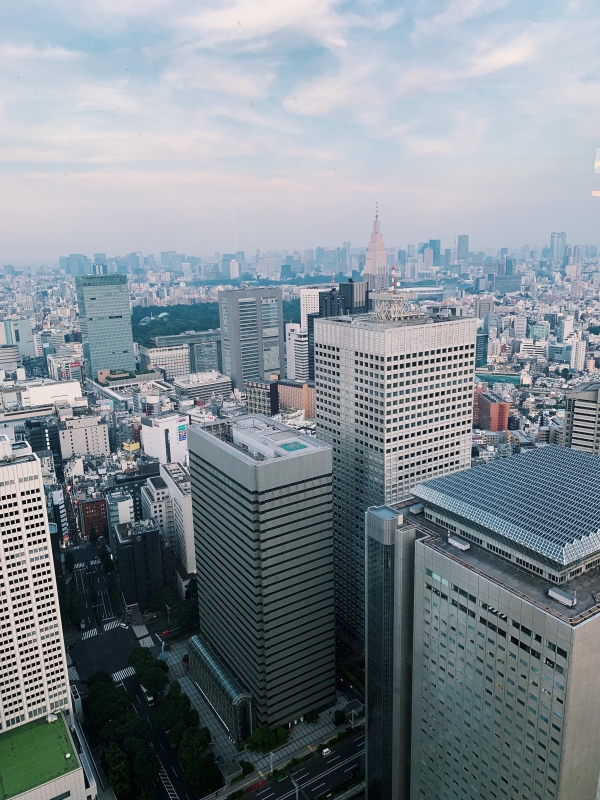 View of Tokyo from a government building.

In Keihanshin, life moves slower. Rather than seeing businessmen rushing to catch the next train, it is typical to see elderly women strolling to a nearby grocery store. Because Tokyo has been subjected to the forces of globalization, it is often indistinguishable from other major global cities with its landscape boasting of high-rises and other corporate building. On the other hand, places such as Kyoto have more distinctive characteristics and local flavor with its plethora of traditional temples and shrines. Instead of tall skyscrapers, there tend to be more small stores and residential areas, as well. 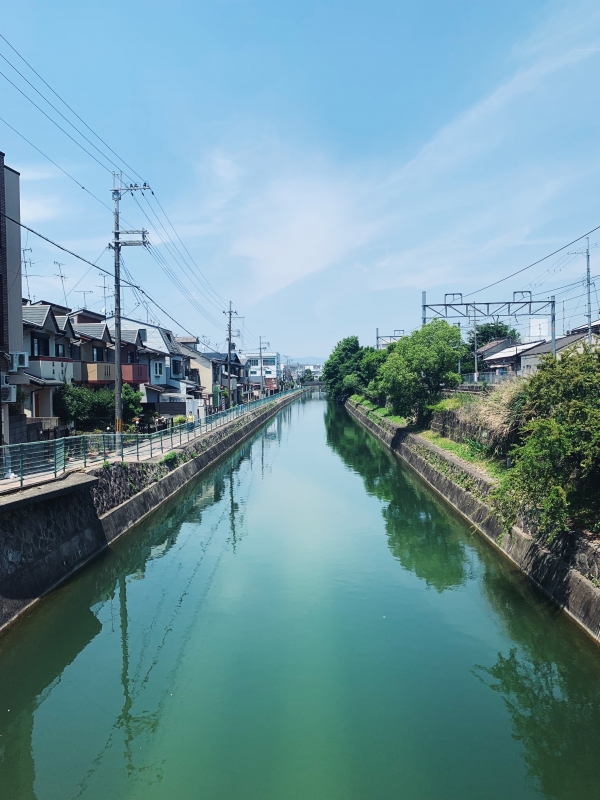 A residential area in Kyoto.

As with many countries, regional differences are particularly evident in the dialect that is used. For example, in Keihanshin, the word for “different” is chau, while it is chigau in the Tokyo megaregion. These linguistic differences are immediate ways that indicate which community an individual is a part of.

Upon discussions with the Kobe University students, it is evident that people strongly identify with their respective region. Similar to Japan, in the United States, people have strong ties to their region. Having lived in both California and in Georgia, I am familiar with both the West Coast and Southern culture. Just how in Japan, there is a particular dialect used in Keihanshin, in the South, the Southern drawl and the excessive usage of the word “y’all” distinguishes it from other regions of the United States. Because of the different historical and geographical features across regions, differences in culture and customs are bound to happen. Although regionalism appears to be similar in Japan and the United States, one possible difference could be seen in politics. In the United States, the South is generally more conservative, adhering to the Republican party while the West is typical more liberal and more supportive of the Democratic party. From my understanding, there does not seem to be clear regional differences in terms of political affiliations; however, it may be just because I have not resided in Japan long enough to understand its political climate.

Despite Japan’s homogeneity, each region has defining qualities, as evidenced by the differing atmospheres in Tokyo and Keihanshin. As I live here, I am learning more and more about the nuances of Japanese culture, and it has been absolutely fascinating.