A Trek on Tokyo Transit

As I spent the day navigating Tokyo’s elaborate transit system, I was extremely aware of my lack of personal space as I shared walkways and train cars with thousands of other people. Although I felt cramped and hurried as commuters rushed past me, I also felt comfort as I observed the constant and orderly movement of these masses of people. I felt small in comparison to the large numbers of people surrounding me, but I did not feel cramped or lost. Rather, I was in awe at how efficiently the crowds around me moved from place to place. Specifically, in Shinagawa, it dawned on me how massive the sheer number of people flowing through the station per minute must be as our group walked against huge flows of people walking out of the station, as can be seen in the picture below. 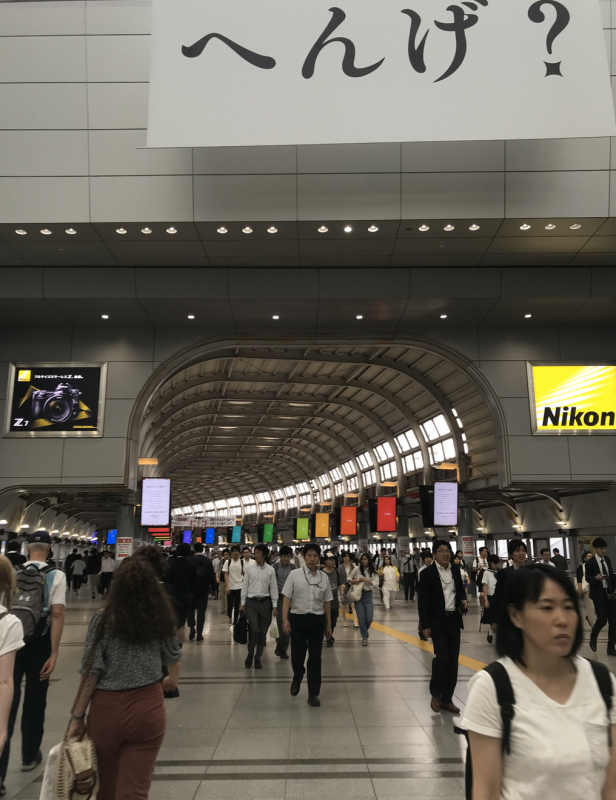 Tokyo’s public transportation systems are incredibly busy. However, their system is also incredibly efficient. They achieve this by making it a very swift and easy process to enter and exit train stations as well as board and exit the trains. When I scanned my Suica card into a station, I didn’t have to stop walking or even slow down, which keeps people flowing steadily. Also, train users have socially accepted norms that help increase efficiency, such as people lining up in certain spots as they wait for the train and everyone standing on the left side of the escalator so that others may pass on the right. Many factors contribute to the efficiency of Tokyo’s transit systems, and it is easy to tell just how efficient it is by simply observing the number of people that flow through the stations each day.

Efficiency is not the only thing that makes for a good transit system. Other factors, such as timeliness, information transfer, speed, and environmental impact of the service matter. All of these are done impressively well by Tokyo’s transit system. As far as timeliness, each train arrives at the exact minute it was scheduled to arrive – every single time. It is clearly shown on the signs inside the stations as well as within the train cars how long it will take the train to reach a certain station, and the exact 24-hour time it will arrive. Tokyo’s system also transfers information well by clearly marking the directions to the different rail lines as well as detailing the stops and destinations of each line (see picture below). As someone who knows absolutely no Japanese aside from “Konnichiwa”, I was able to navigate the train stations fairly easily and quickly, which says a lot about how well Tokyo transit is able to communicate information to people. Even when I still found myself confused about what route to take, there was always someone close by that worked at the station that was able to help me and my friends find the right way. 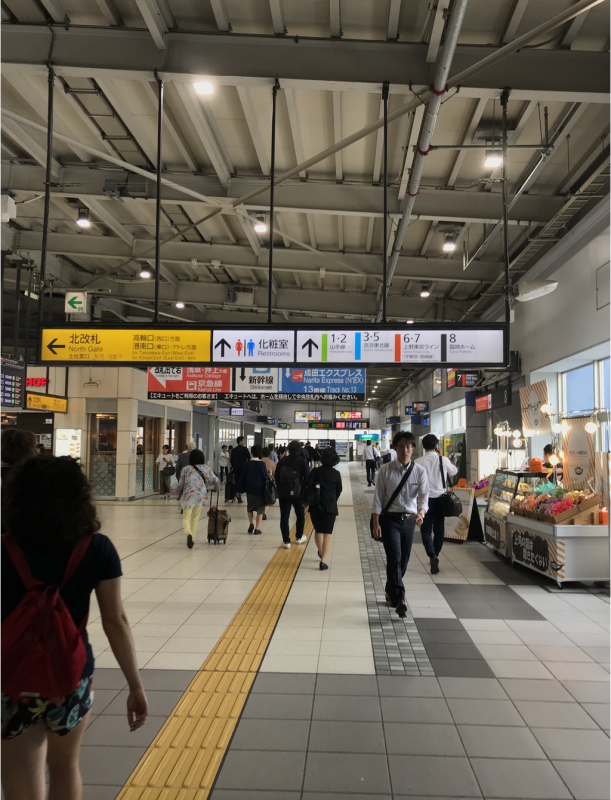 When our group took the automated train, I had the opportunity to sit in the first car and look out the front window. I both saw and felt how fast the train moved from station to station as I noticed buildings quickly passing by. I appreciated the fact that it took less than 10 minutes to get between stations, which is a big plus for working commuters. Looking down at the tracks as we traveled, I also thought about how the train was electrically powered (see picture below). To me, the question of whether electric or oil-burning engines are better is a tough one to answer, because often, electricity is produced by burning oil anyway. However, the carbon footprint of multiple oil-burning cars is much less than that of the electricity made to power multiple electric cars. When I thought about this in the context of Tokyo transit, I thought of how environmentally friendly it is to transport hundreds of people at a time on electrically-powered trains. This carbon footprint is significantly less than the footprint would be if all of the commuters drove gas-powered or even electric-powered cars to work. 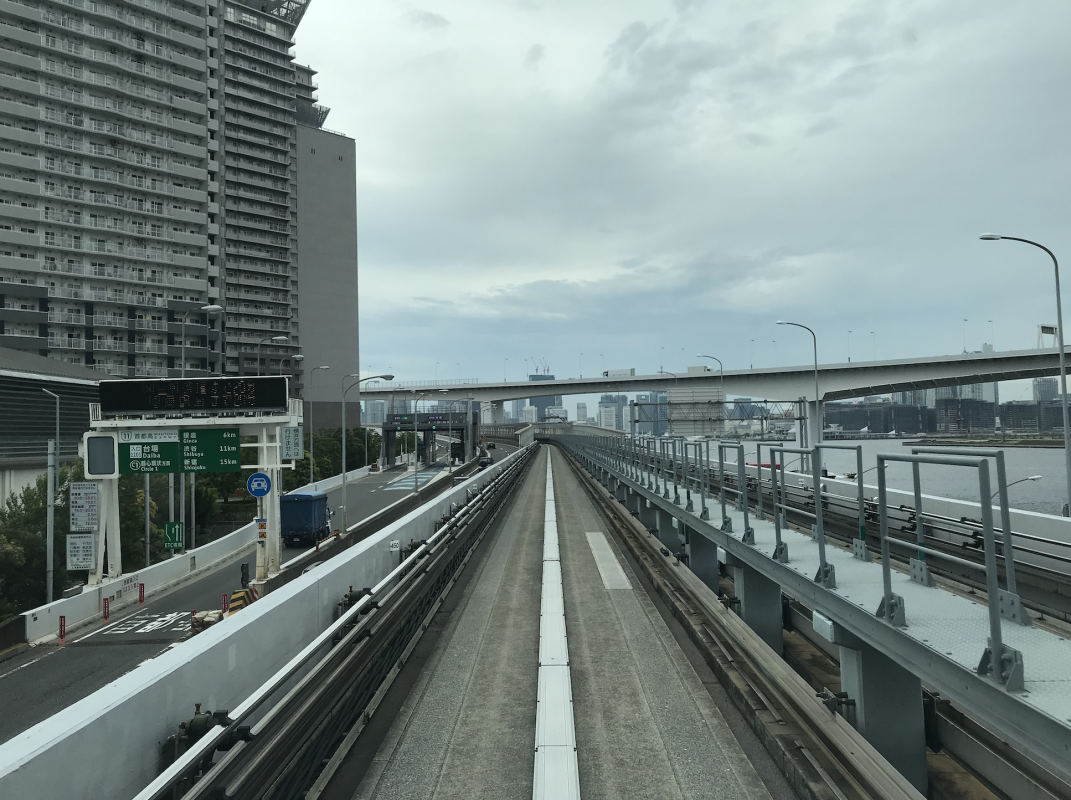 Overall, I was very impressed by the efficiency, timeliness, ease of use, speed, and environmental friendliness of the Tokyo transit system after observing its different forms during the transit tour.