Over the past few days, I have had the opportunity to experience Tokyo’s mass transit system. This transit system is known for being the largest in the world, and it is planned effectively to accommodate Tokyo’s dense population. I was initially amazed at how the transit system was extremely easy to navigate. There were signs everywhere to direct passengers where to go. In fact, there were multiple signs placed overhead, on walls, and even on poles to indicate where specific platforms were. The color of the signs also corresponded to the color of the line on the map, as shown with the lime green Yamanote sign below. These signs included English translations, which I appreciated as a non-Japanese speaker. Even on the train itself, there were screens that clearly indicated the train’s next few stops, with an overhead speaker also announcing the upcoming destination. Maps were also placed at every corner of the station, which allowed passengers to find an optimal route for their individual travels. Apps such as Google Maps even provided specific suggestions on which car to take in order to arrive at the closest exit. Information was very much accessible for both natives and tourists alike. 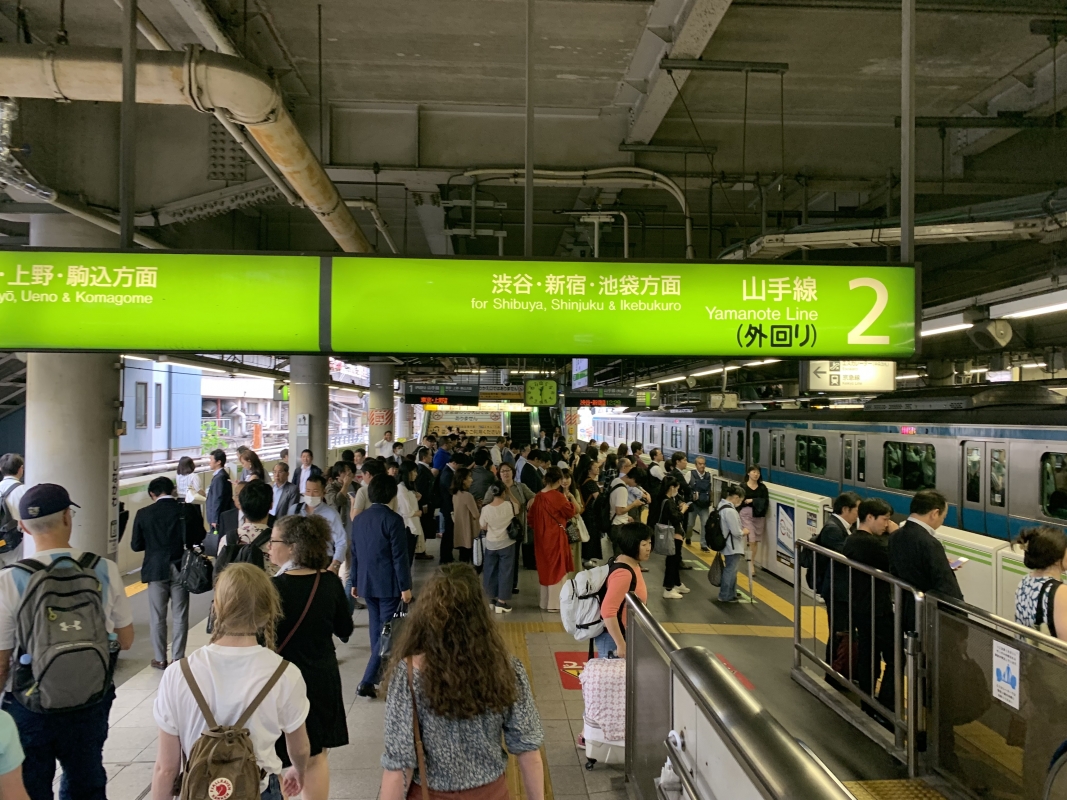 An important aspect of effective transit services is reliability, and Japan’s public transit system provides this reliability with its timeliness. As shown in the picture below, the signs specified the time of arrival of various trains. The station ensured that those trains did indeed arrive at the times provided. Additionally, the wait time was minimal as trains would arrive frequently. I think we waited a maximum of around ten minutes for a train to arrive! Within the station, there were also various lines owned by different operators. However, I still was able to use my same Suica card to pay for each trip so I could not even tell that a different operator was being used. The seamlessness of this system provided a smooth traveling experience.

The stations were crowded with people rushing to work or students traveling to school. However, despite the busyness of the stations, it was not chaotic as you may expect. Before the train arrived, people stood in single file lines by the entrances. There were also arrows on the ground and on the walls to direct the flow of people. In order to reduce the frantic rush of people, the rail operators also played hassha melodies, which are short jingles played when the train is about to depart. These calming sounds prevented the frenzy that usually occurs. At some stations, there were also high-frequency sounds that were emitted. Apparently, these sounds can only be heard by younger individuals and are designed to prevent loitering. I was able to hear these sounds in person, and I can confirm that these sounds do in fact serve as a deterrent. Therefore, despite the mass number of people that the transit serves, there are mechanisms in place that prevent disorder from occurring. 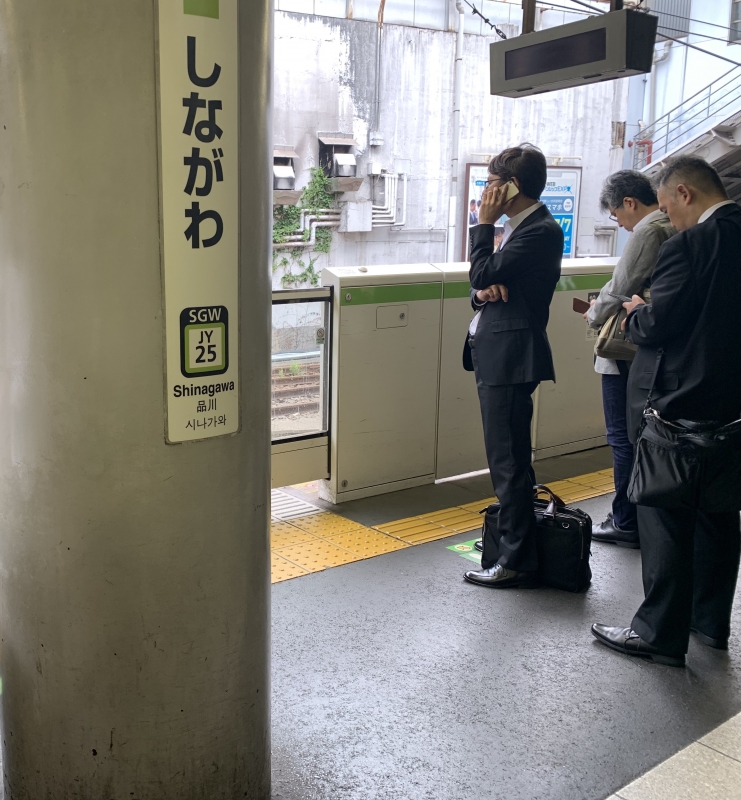 Overall, I was thoroughly impressed by Tokyo’s transit system. Its ease of use and its precise timing made navigating Japan a much more pleasant experience. The ingenuity that went into creating this transit system is incredible, and I am privileged to be able to reap its benefits. As I continue my study-abroad program in Japan, I am excited to continue to partake in this convenient form of transportation.