Due to the extreme efficiency and ease of utilization of Japan’s transit system, it comes as no surprise that the nation boasts the two largest train stations in the world, Shinjuku Station and Shibuya Station respectively. Although I have yet to experience Japan’s train system after 8:00 at night, the citizens of Japan appear to be incredibly loyal to the usage of this mode of mass transportation during the daylight hours. The lofty rate at which the Japanese use mass transit was made evident to me by how frequently I found myself unable to find a seat due to the sheer volume of passengers. The commotion that occurred during the lunch and end-of-the-workday rushes was reminiscent of the New York subway; passengers were packed into each car so tightly that it was impossible not to come in contact with another person. 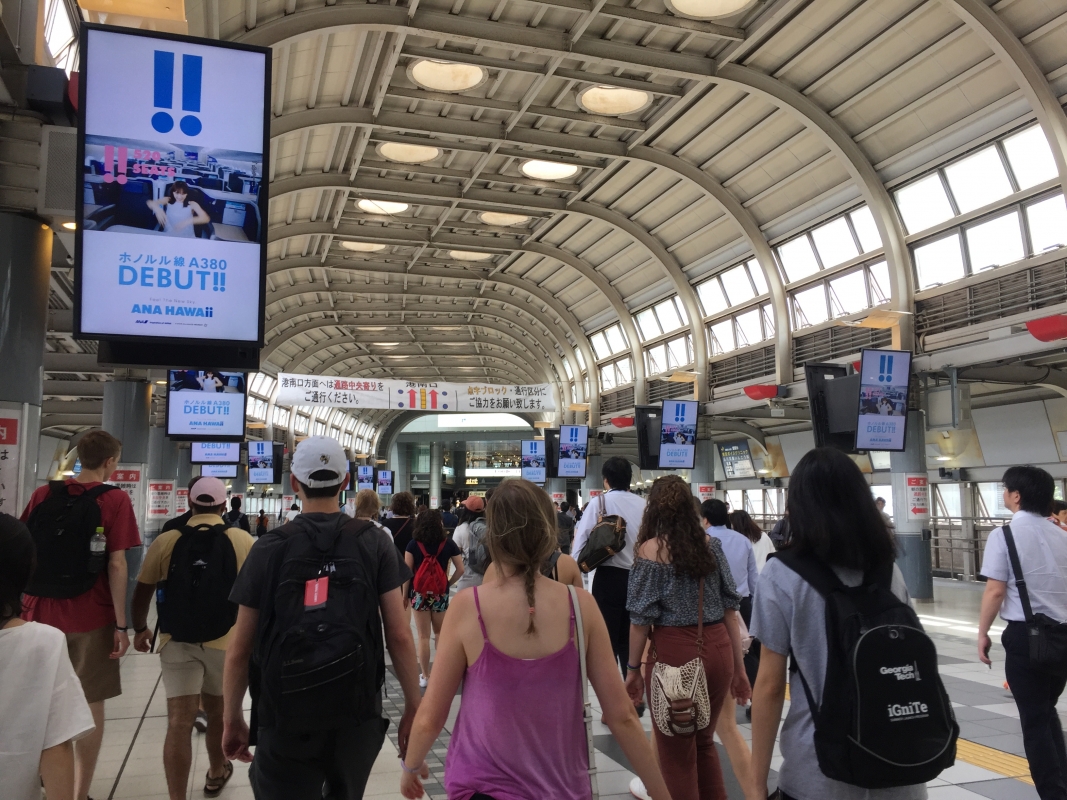 The perfect illustration of the timeliness of the Japanese transit system is the fact that a Japanese train that arrived at its station only one minute later than scheduled was a story worthy of making the news. Dr. Woodall cemented the efficiency of Japan’s rail system with an anecdote about how if one left a wallet in a train car, one could simply wait for that same car in the same spot at the station, because within about forty-five minutes, that exact car would return to that exact location with the wallet most likely still in its possession (although he did not recommend testing this claim). Furthermore, Japan has attempted to make the mass transportation experience as efficient as possible by increasing the proximity of train stations, such as Shinigawa Station, to commercial areas, making it easier for commuters to get to work or to find places to eat or shop. 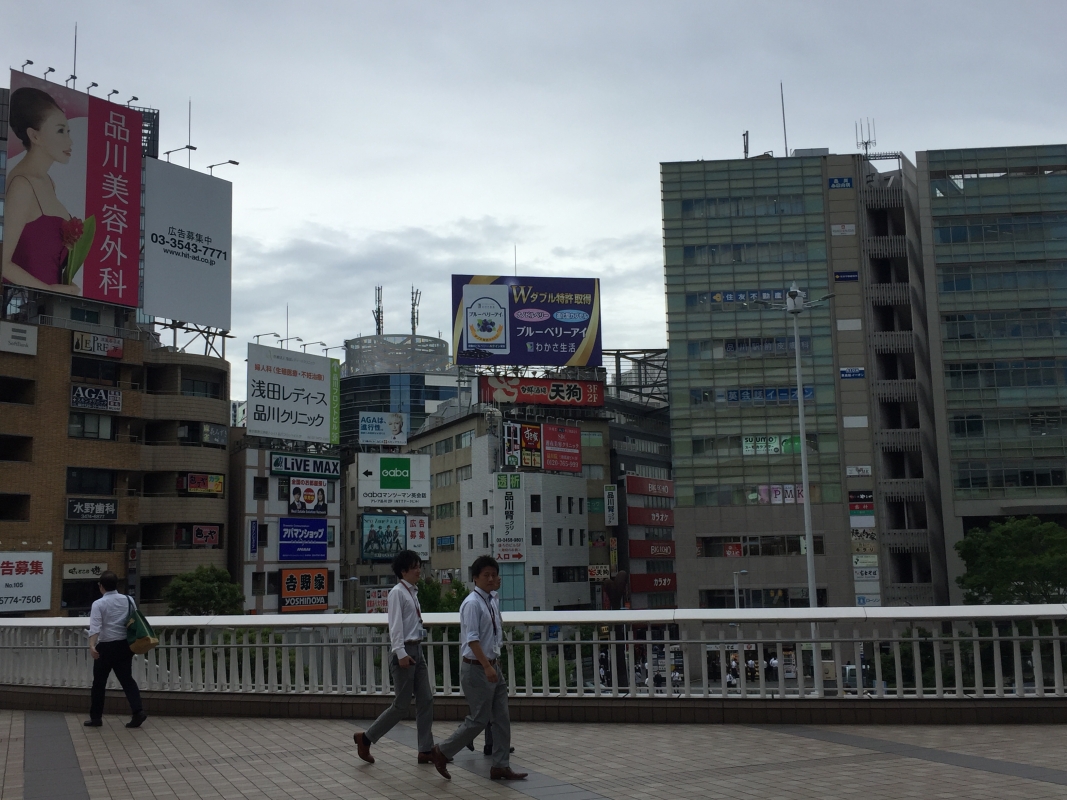 Despite having only been in Japan for a total of two days, after yesterday’s transit tour, many of our group members were capable of navigating Japan’s train system because of the ease with which we were able to locate information (although I will not crown myself as one of those successful navigators). Within each train car, among the rows of lively advertisements, small screens display important information including maps to show the order in which the train will arrive at each station as well as the number of minutes until the next stop. For those of us with little to no knowledge about the Japanese language, we were relieved to find that this information was also available in English. In addition, announcements were also made in both Japanese and English. Perhaps the most pleasant way in which information is relayed within the Japanese train system is through the utilization of hasa melodies, which are catchy jingles that are unique to each respective station and are played to signal that the doors of the train car are closing. Thanks to the instruction of Dr. Watkins and the excellence of the Japanese in orchestrating their transit system, our group will be sure to master this mode of transportation by the end of our stay in Tokyo. 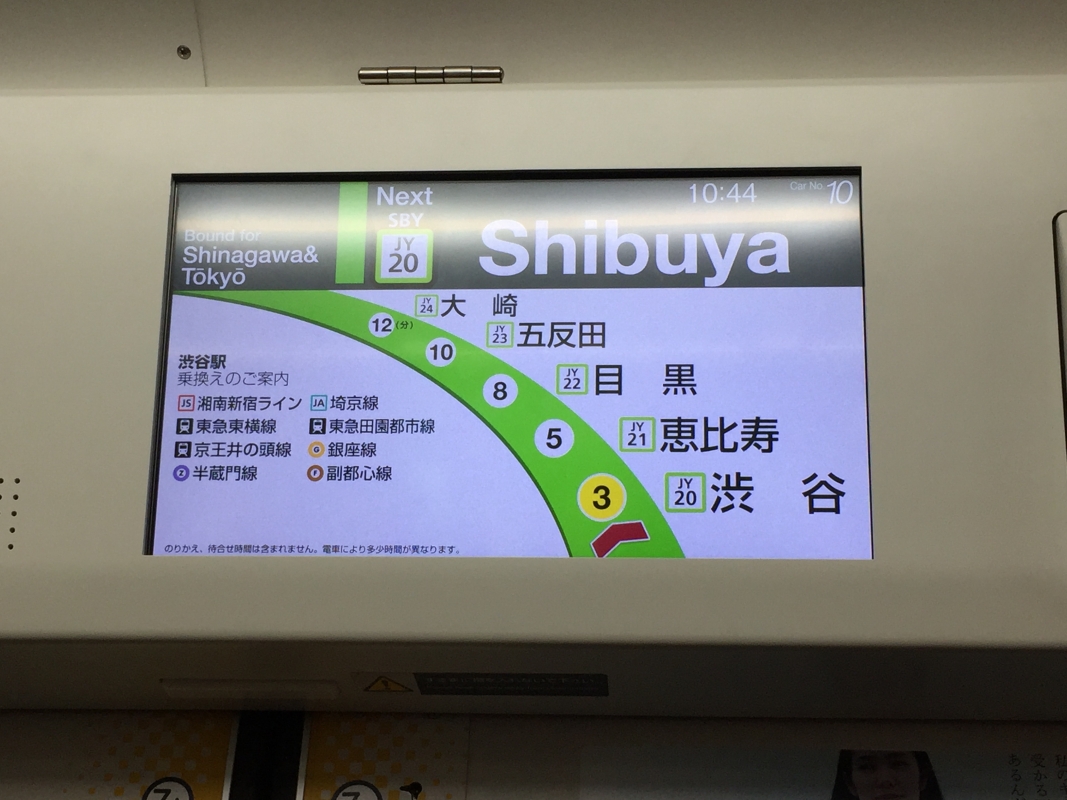