At first glance, Tokyo’s public transportation systems may seem more efficient than most, but nothing of a systematic wonder. This first glance, however, does not even begin to do the system justice. As we experienced today in our tour of said transit system, every finite detail is expertly crafted to function in the most harmonious way technologically possible. As a first testament to how smoothly (literally) this operation runs and one of the first things I noticed upon boarding, the trains themselves were so smooth that while running, people were walking through the cars with no stumbling incidents. The information offered aboard the train was also incredibly useful and well laid out- with everything from stop names (alternating between languages so at least one screen was English at all times), to minutes it would take to arrive at each stop, to rail names, etc. The on board experience as a whole was made pleasant not only due to the written information around the cars, but also due to auditory cues. Japanese people, as a social rule, do not speak loudly on trains; thus, it was very easy to hear the easing female voice announcing which stations were next (once again, in English and Japanese). This is a testament to how much the Japanese people are integrated into and mindful of their own public transportation. If so much as a handful of people were rowdy in such a small, crowded area, no one would comprehend the routes, but this is not the only aspect in which people impact their own transportation. Some other cultural phenomena which aid the smooth rail systems are the use of priority seating for pregnant women/the elderly (along with a car for females only to avoid groping), as well as the comfort with crowding in smaller spaces. While the priority seating is meant to be out of respect, I also noticed that it makes things faster; the in-shape people are free to get off without the obstruction of slower-moving peoples. 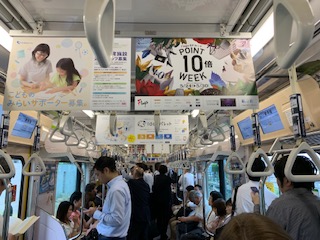 This cultural integration into the system is not a choice in Japan, either. If anyone does not follow the cultural cues, chaos could be insued, and the main reason for this is the sheer business of the stations and rails themselves. Even the smaller lines that we went on were filled nearly to the brim with people packed in like sardines, but there was no panic in people’s eyes as there is in even a half-empty MARTA. Despite the crowded nature of the trains and stations themselves, the stress levels seemed relatively low. Another set of details gone unnoticed by the untrained eye- and ear- comes int the form of stress-reduction methods placed thoughout stations and trains, from pleasant lighting to keep people from committing suicide, to jingles which indicate trains leaving as opposed to harsh buzzers preventing accidents, to lively colors which promote happiness and calmness. These solutions maintain short-term sustainability in an incredibly efficient manner; however, these are all psychological tricks, not solutions, and psychology is not necessarily stable. This means that perhaps citizens’ brains will eventually become numb to the destressors or future generations will have less inclination to register the noises as pleasant since it will be normal to them. The changes are very effective, but even a slight slip in their effectiveness could put a stop to the whole system.

That being said, there have yet to be many slip-ups with the system in its current state, and the timeliness of the stops is impeccible. Even from ten stops away, I timed one of the trains I was on and it got the exact minutes between stations (not to mention that they actually have times for the stations readily accessible). 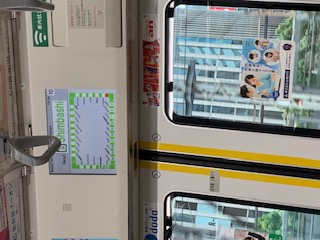 This is to be expected from a system which had to apologize for being one minute late, but the question does still remain of how long these psychological tricks will uphold. Possibly, there could be no break in the seemingly unbreakable system, but resolving serious psychological epidemics with lighting tricks and catchy tones is not ensured to hold up forever. Even with their faults, however, the bells and whistles (and jingles) are incredibly impressive and well thought out for immediate resolution. Some credit must be given, after all, considering the harmonious workings between every miniscule part of the operation is, indeed, the Japanese Way. 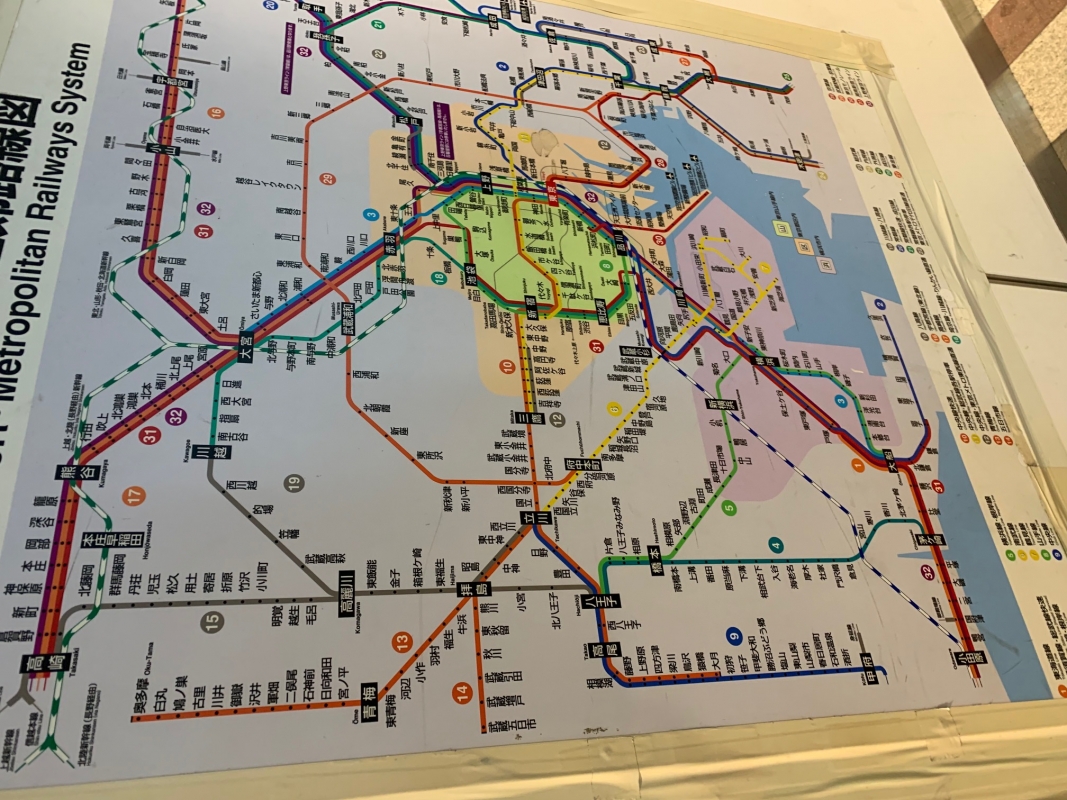