Sustainability in Megaregions and Rural Japan 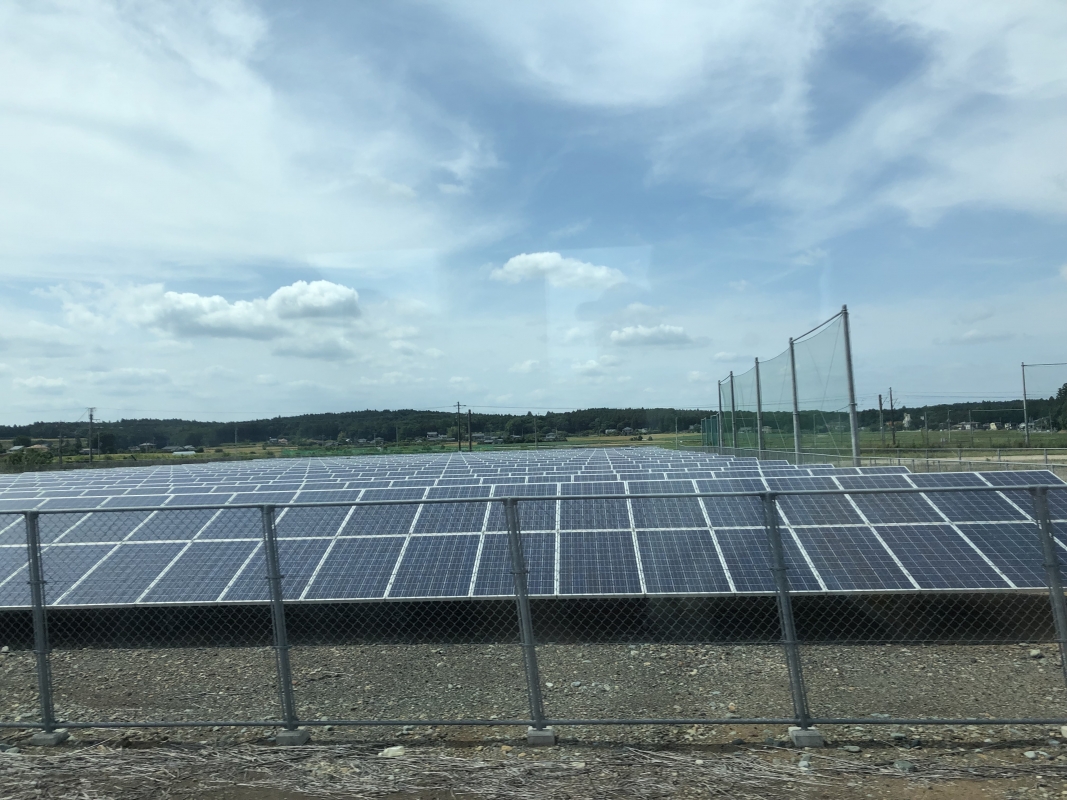 Outside the Tokyo megaregion, the towns we pass on the trains are more spread out and less crowded. All the land is still used, but the houses are bigger, and they have land space to have solar farms. The use of renewable energy outside the megaregion is more common. Although I noticed some houses in the cities have solar panel roofs, but it’s less common. The use of renewable energy is more sustainable, but I bet it’s more difficult to implement in the cities where there’s less space.

The towns we pass/visit all have rice paddies. It’s an important economic resource and brings the community together. Okuma, for example, seemed like a close-knit town despite being evacuated from the disaster. I think the social community is stronger in rural Japan, as well as anywhere rural compared to a city. This strength helps the community be more sustainable; however, the towns are more homogenous, and this lack of diversity could be a setback in their communities. Their towns have existed for hundreds of years so far, so even though the lack of diversity doesn’t seem to affect their longevity it might be a hindrance in the globalizing world.

It is easier to get around in Tokyo, because of the complex metro system, but not really difficult in rural areas. We traveled around bus in Fukushima, which was nice because it was easy to stop and get out and look around. I noticed that at the Futaba high school the kids were walking or biking to school. I don’t think metros are needed in their towns because they are so small. The more personal transportation system helps sustain the community longer. Also biking and walking is physically healthier, which people do inside and outside cities.

I thought it was amazing how the community came together in Fukushima. Even though some people can’t or are afraid to come back, there are still people who returned. Our tour guide’s family has been there for 27 generations. Their family roots are so strong that he can’t leave it behind. Not only is each family resilient, the community is as a whole. People are still working to fix the land and the Futaba school is using student projects to revitalize the community. The closeness of the community and their willingness to persevere helps the Fukushima region sustain itself despite tragedy. The disaster could have been mitigated if better precautions were taken, but now that it has happened, I think they are handling the situation much better than if it had happened in the certain places in the US.