There are many different ways that cities can implement public transportation as a sustainable way to get around. From class and the readings, I learned that American cities like Pittsburgh are implementing right of way A bus lanes and Seattle and Boston are doing the same by actually giving buses their own stations. And, of course, New York implements an underground train system as the main part of their transit service. While Japan also uses trains as the primary leg of their transportation system, they do so in a much different, and in my opinion, more sustainable way.

In the US, the government must subsidize public transportation so that it is able to cover operating costs and continue running. However, in Japan, the rail companies are privately owned, as is the land surrounding rail stations, so they are able to both cover operating costs as well as make a profit (picture below shows buildings on JR-owned land around a station). This is a much more sustainable model for many reasons. One reason is that transit systems do not have to rely on the government to keep them in operation, so, if the government faces a recession or change of dominating party where they rewrite the budget, transit systems are not at risk of grinding to a halt because of bureaucratic issues, whereas in the US this can be a concern. Also, because Japanese rail companies make a profit, they are able to fund their own research into innovating their transit service, making it faster and safer for all who use it. In the US however, little innovation is being introduced into public transit due to a lack of funding from the government. 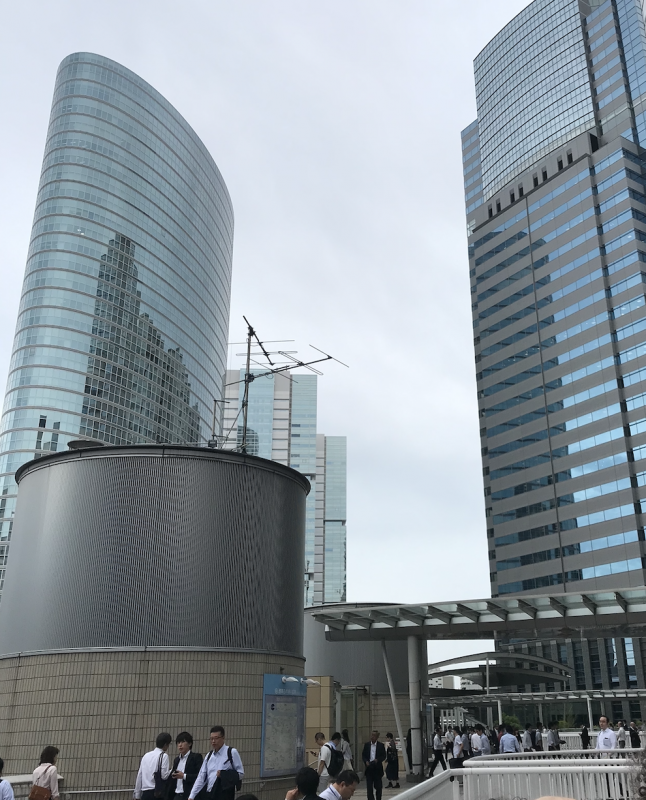 When I think about the American transit system, I think about bureaucracy, inconvenience, unreliability, and hassle. In my personal experience riding MARTA in Atlanta, the buses often get caught in congestion due to poor city planning in Atlanta, causing numerous delays. The trains are not much better though, at times being 20 minutes late for the scheduled arrival time. It seems that the American approach to development is to do what is cheapest and easiest. As detailed in the UN report, however, public transit is the transportation of the future. As countries develop, populations grow, and the Earth continues to experience global warming, public transit will be the prevailing mode of transportation, because it is the most sustainable.

There are many different factors that play into making a good transit service. To me, the most important aspects of a good transit system are reliability, speed, convenience, and cost. These are all things that stand out as highlights of Japanese transit. I have been so impressed by how easy it is to navigate through many different areas of Tokyo using the train system. I never have to wait more than a few minutes for a train to come, and I have options between local, rapid, and express transit lines that give me flexibility to get to my destination faster if I’m going further. I really admire this and more about Japan’s transit, and was really impressed by the research that JR east was conducting in the areas of efficient and green energy use, customer safety and comfort, and use of new technology to make trains faster and more durable. 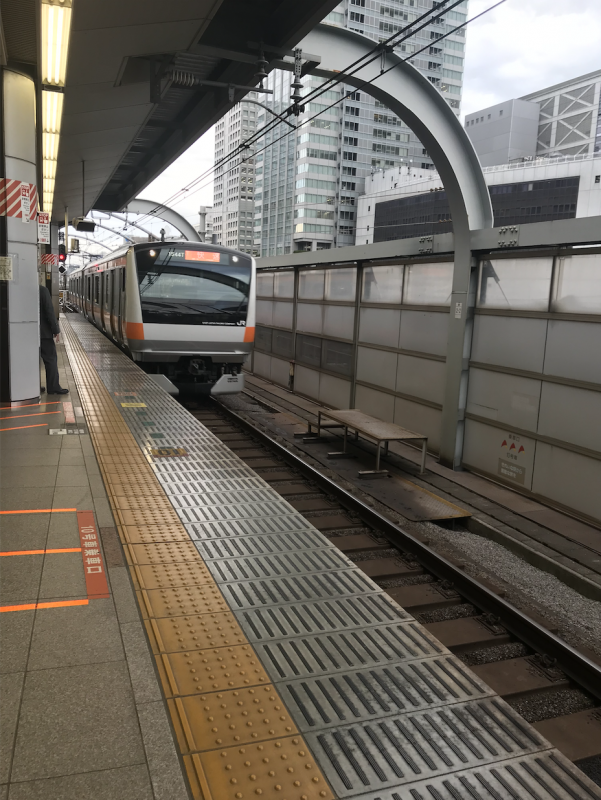 From the tour of the JR east research facility, a few things stood out to me. First, I was impressed by how much thought they put into every single aspect of the rail transit experience, from choosing the material and color of the tiling on the floor to testing the durability of the track to finding the best angle for wheelchair-accessible Suica scanners. Another thing that struck me was the sheer innovation that was taking place in the facility. I loved the idea they shared about having green air conditioning by pumping the cooler air from below ground in train stations. I also liked the idea of taking the energy the train uses while accelerating and decelerating and channeling it back into the train. I thought all of their innovations were truly the technology of the future, and greatly admired how much thought and time went into every aspect of their service. The picture below is of a customer service robot that was in one of the JR stations. We were able to ask the robot where something was, and it showed us on a digital map the route we needed to take to get there. This is just one example of the numerous innovations taking place in Tokyo’s transit systems. 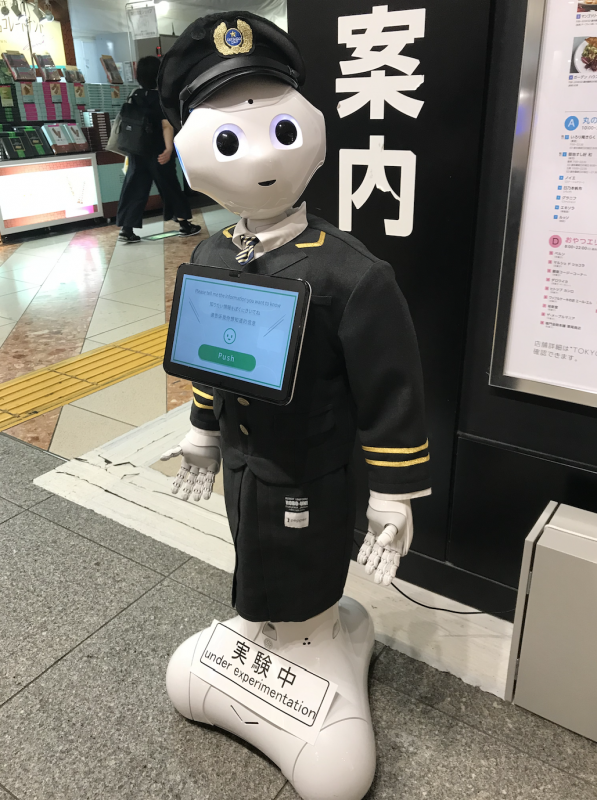