Sustainability Inside and Outside of a Japanese Megaregion

Considering how our group has only been in Japan for about a week and a half, we have already traveled relatively extensively throughout the country, from Tokyo to Fukushima and now to Kyoto. Despite existing within the same nation, sustainable living conditions can be addressed differently inside and outside of a megaregion, such as in the case of Tokyo versus Fukushima. Sustainable living conditions are even handled in different manners from megaregion to megaregion, which is exemplified by Tokyo of the Greater Tokyo Area compared with Kyoto of Keihanshin. The caliber of Japanese sustainable practices is further exhibited by the resilience demonstrated in the region of Fukushima, which was devastated by an earthquake, a tsunami, and a nuclear disaster in March 2011.

The most notable difference in sustainable living conditions inside and outside of a megaregion is the extent of public transportation. In cities such as Tokyo, the train stations are constantly bustling with activity; it seems as if everyone is in a hurry, and finding oneself lost in a sea of people is far from an uncommon experience. In contrast, the train stations in less-urbanized areas like Fukushima are not nearly as animated as those of Tokyo. This past week, as we traveled from Fukushima through Tokyo to Kyoto, the initial train we boarded was at the very end of the rail line, and we were welcomed by an almost empty train car, which has been a rare privilege for us thus far. Although it’s pleasant to be able to sit in a train car that isn’t packed with people, the fact that less-urbanized areas do not possess Tokyo’s extensive transit system means that people who live in these locations rely more heavily on personal cars than do the residents of larger cities. Therefore, providing more accessible public transportation to people living all throughout Japan may help the nation further itself along the path of sustainability. 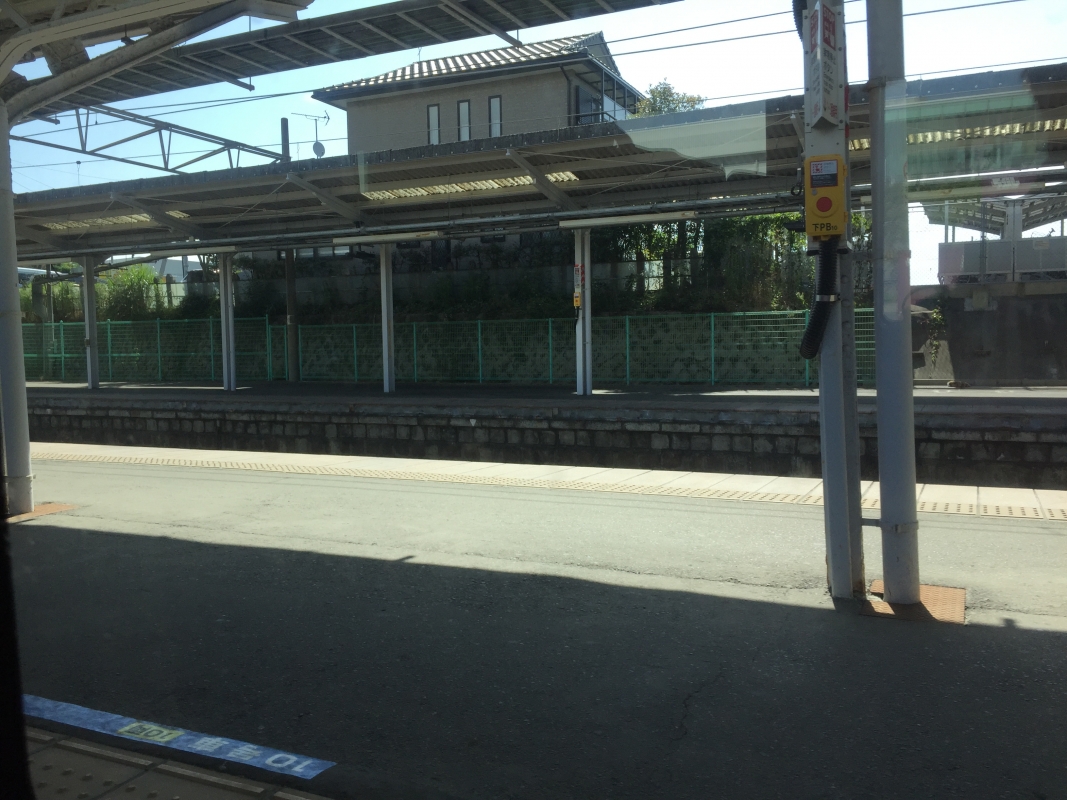 Differences in transportation also exist from megaregion to megaregion; in my experience, the transit system of Tokyo was better than that of Kyoto. For starters, I felt that in Kyoto, it was a battle between pedestrians, cyclists, and four-wheeled vehicles over who had the right-of-way on the streets. The narrow streets were not incredibly pedestrian-friendly because the only place where people could walk without being in the middle of the street was in the bike lanes, which were obviously designated for bikes. Even though the streets in Tokyo were narrow as well, I didn’t experience this same issue there because fewer people utilized personal cars. Furthermore, I was not terribly satisfied with the bus system in Kyoto. I didn’t get to experience the bus system in Tokyo, so I can’t attest to its quality in comparison, but I did not find the bus system in Kyoto to be ideal because it took a while for the buses to reach each station. Because the buses did not have their own designated lanes to operate, they got caught in general traffic, which made it more difficult for them to reach each stop in a timely manner. However, if the transit system of Kyoto were to be improved to the level of that of Tokyo, this could lead to more sustainable living conditions in the city by increasing the number of individuals utilizing public transportation. 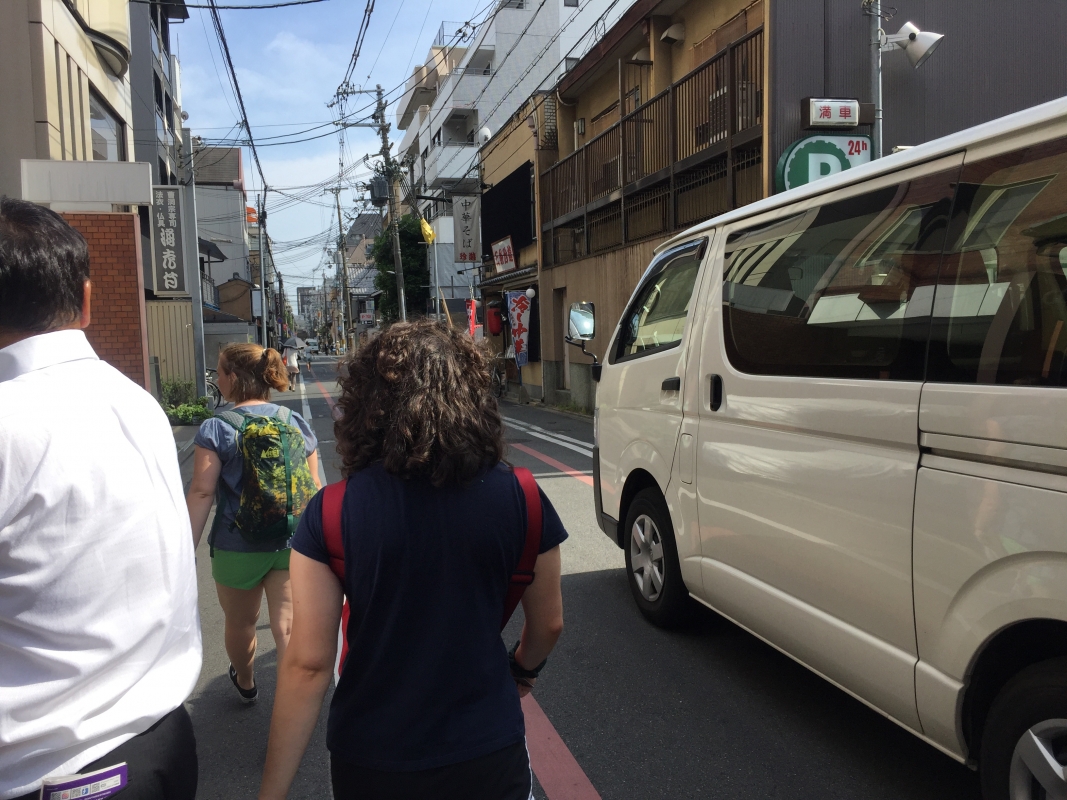 Aside from Japan’s methods for addressing public transportation, a true testament to the magnitude of Japanese sustainable living conditions is the revitalization that has occurred in the region of Fukushima. After the devastation that happened here in March 2011, the area has taken major strides to ensure that sustainability is its utmost focus, primarily in the realms of renewable energy and education. Because a large amount of the damage experienced by Fukushima was due to a nuclear disaster, the region has switched to developing alternative energy facilities for solar, wind, and hydrogen energy. Land in Japan is precious, with only 14% of it available for both living space and agriculture, and the people of Fukushima have been sure to maximize the amount of land that is available for their use. Extensive solar parks have been constructed to generate energy for use primarily in Tokyo, which is a major source of income for people living in the town of Okuma. In addition to solar parks, Fukushima is also developing facilities to generate energy harnessed from the wind and from hydrogen, which sets a precedent for other regions and countries wishing to pursue sustainable energy production. The most inspiring aspect of Fukushima’s resilience was exhibited by the students of Futaba Mirai High School, who have been working on projects to achieve the United Nations’ Sustainable Development Goals within their own community. Because the notion of sustainability is being ingrained within them at such a young age, this will ensure the creation of a generation who is devoted to the protection of the use of resources for all people, both present and future. 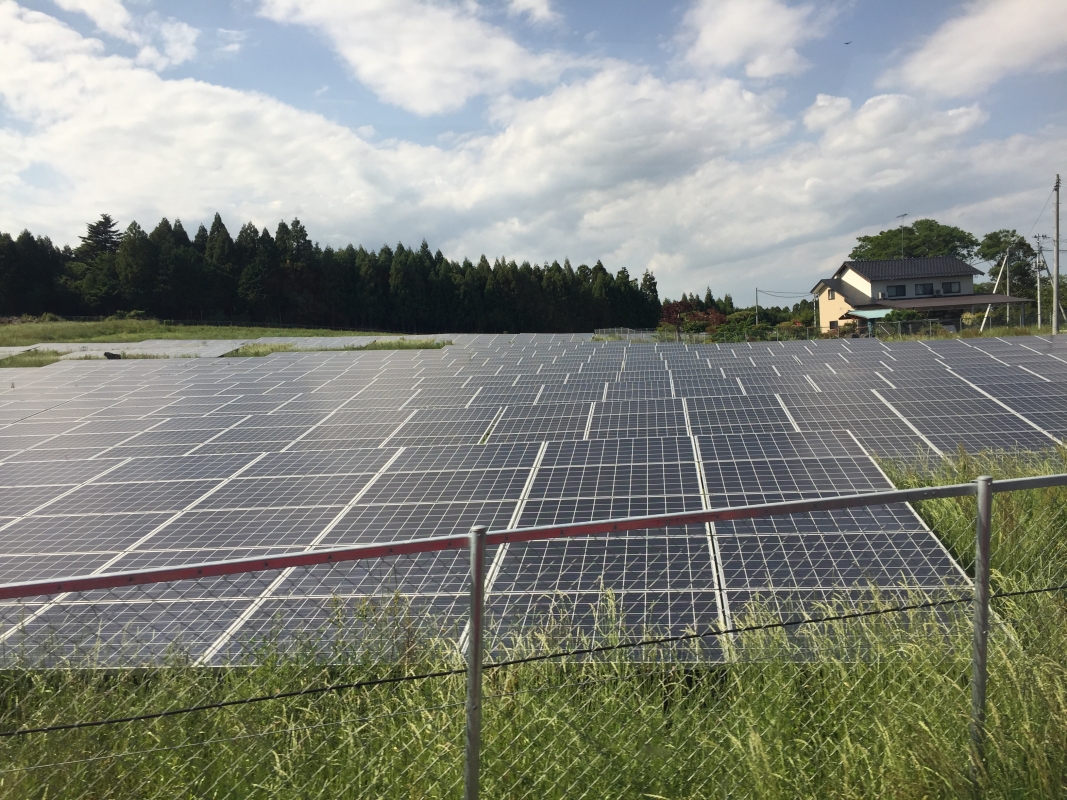 Despite only having a few days to spend in Kyoto, I look forward to coming back to explore more of the city later in the summer, and I am excited that I’ll be able to experience the other two portions of the Keihanshin megaregion, Kobe and Osaka, as well. I’m curious to learn more about how the sustainable living conditions of Keihanshin compare to those of the Greater Tokyo Area, and I hope to find ways in which some practices in one megaregion could be implemented in another. In addition to learning from one another, megaregions can also adopt lessons from Fukushima, who has been able to make tremendous progress in the realm of sustainable development through recovery from a disaster.