Robots, gadgets, high-speed trains . . . Whenever I think of Japan, its advanced technology immediately comes to mind. Japan is known around the world for its technological development. Having now been in Japan for three weeks, I can attest that Japan’s incorporation smart technology has transformed and continues to transform the living experience within their cities.

In Japan, smart technologies are particularly seen through the development of ECO cycles and ECO parks. With these technologies, a simple scan of a card provides access to a compact entrance that transports vehicles to an underground parking lot. These parking lots can store hundreds of bicycles and cars, so high parking capacity is achieved in a small space. Rather than creating clutter, the entrance is designed to suit the surrounding environment, harmonizing with the landscape rather than clashing with it. Utilizing this technology also creates more comfortable walking spaces and increases the convenience of city parking. 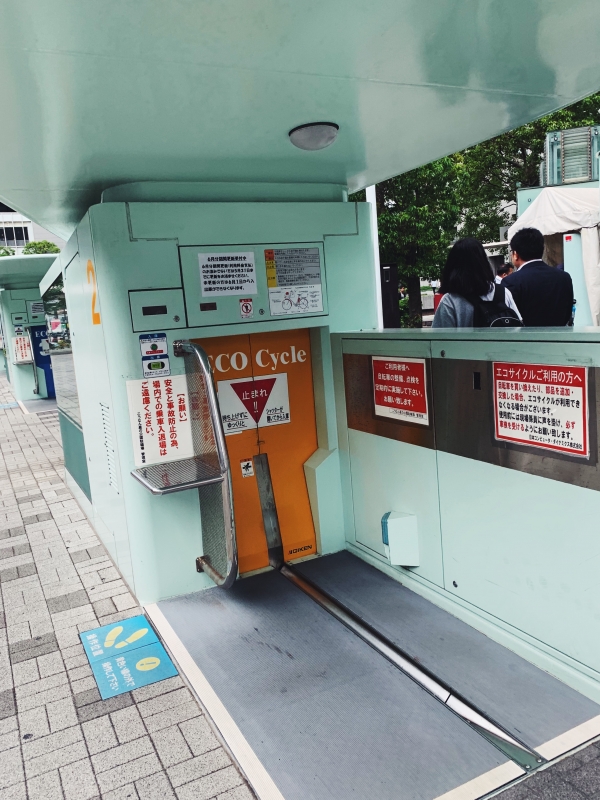 The entrance of the ECO Cycle.

Japan’s transit system is another prime area where smart technology is incorporated. During my first week in Japan, I rode a monorail, where the front of the train was completely empty as it was entirely operated by an AI system. Technology is now shifting towards automated rather than manual control, which provides greater precision and reduces problems that can emerge from human error. Within the transit sector, smart technology is also seen in advancements made with the Suica card, a card typically used to pay transit fees. This card can now be added as a digital card on Apple Wallet, allowing users to simply place their phone on the card reader to enter or exit a station. Around a week ago, I paired my Suica card to my own phone, and I have been able to add money to my account and keep track of expenses with a couple of taps. This has created an even more seamless traveling experience. 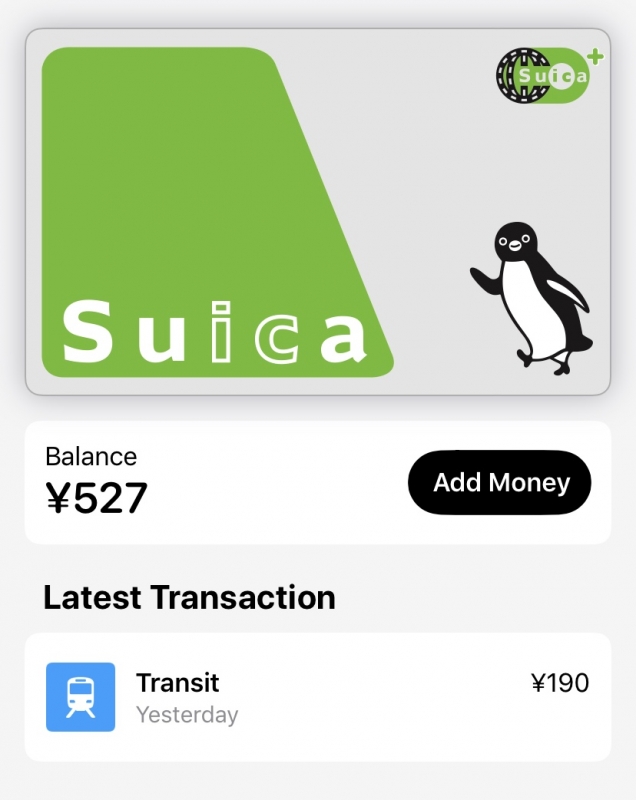 Screenshot from my Apple Wallet.

Smart technology is also incorporated within the train stations themselves. In the underground mall at Tokyo Station, there was a robot that was able to respond to questions asked in English. Particularly when we asked where a ramen restaurant was located, it quickly provided a map with directions. Service robots are now able to communicate with users over multiple languages, which provides easy-to-access information. Especially in a place such as Tokyo, which hosts a large number of tourists, having technology that readily provides important information is vital. 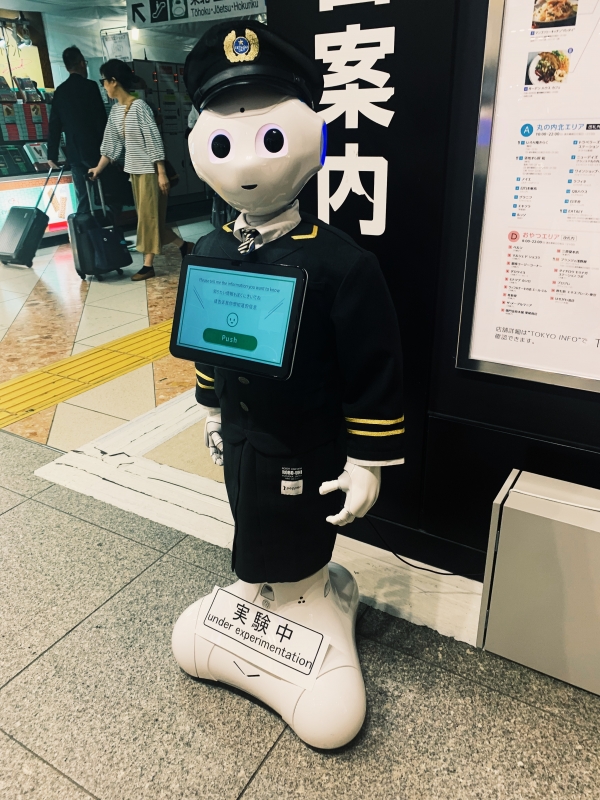 A service robot at Tokyo Station.

While Japan is most definitely at the forefront of technological developments, there do exist areas where the inclusion of additional technology could be used to create an even smarter city. When I first arrived at the Kobe University dormitory, I was shown the trash disposal area. Our guide emphasized how important it was to separate our recyclable material into the appropriate categories because there was a worker who was tasked with ensuring the trash was sorted correctly. This is an extremely tedious process; thus, technology could be further developed to introduce robots that are able to sort the material to improve efficiency. Additionally, while there are some service robots already implemented in various stations, service robots can also be placed in other touristy areas such as by gardens or castles. Often times, these areas are inundated with visitors and accessing information can be difficult; therefore, having service robots that would be able to communicate and provide answers in various languages would beneficial.

Over these past few weeks, I have been making a multitude of observations of Japanese lifestyle, accumulating countless examples of both smart and sustainable development. While like with all countries, there are areas where improvements can be made, there still is much to be learned from how Japan plans its cities. Japan is a key player in the production and incorporation of smart technology, and it continuously makes advancements to improve society.