The simplicity of the Shinkansen

After traveling for the first time on a Shinkansen train this week, I have now experienced intercity travel in 3 parts of the world. I have traveled by train in Japan and Europe and I have taken buses or flown in the US. While traveling, I noticed a few similarities and differences in intercity travel among the three places.

First, I noticed that everyone on the train was extremely quiet. This lines up with what I experienced going from city to city on the euro rail or flying in planes across the US. It seems that on most long-distance public transportation, people tend to remain quiet out of respect for other travelers.

Another similarity I noticed was the speed with which we were moving. The Shinkansen moves incredibly fast, about 200 mph. This lines up with what I experienced in Europe moving between cities on the rail lines, as well as when I travel by plane in the US. However, this definitely does not line up with my experience travelling from Atlanta to New Orleans by bus. The buses move very slowly and often get stuck in traffic, so 200 mph is just impossible to achieve by intercity bus travel in the US. 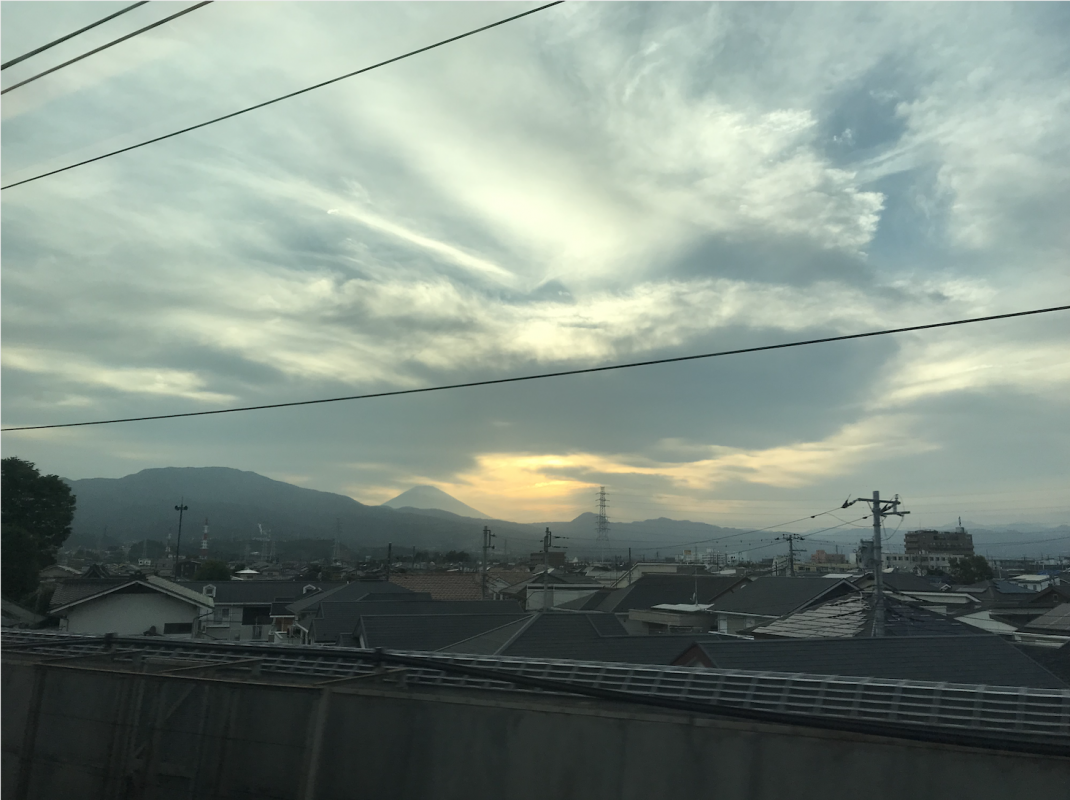 A third similarity between European trains, Japanese trains, and American planes is timeliness of the service. All three of these modes of transportation rely on punctuality to function properly due to passengers needing to transfer and other trains or planes that need to use the gates. However, American buses differ in this aspect because they often can’t be quite so timely due to uncertainties of traffic conditions.

When we first rode the Shinkansen from Tokyo, I noticed how convenient it was that we could just go to Tokyo station and go to the Shinkansen tracks and find our train. There was no necessity to go to a separate station to get on the Shinkansen – we could do it in the same train station where we might take the Yamanote line. In Europe, the train system is also quite convenient in this way, but in the US, the different modes of travel – between inter- and intra-city travel – are very separated. If I want to take an intra-city bus, I can just find my nearest bus stop. But, if I want to take an inter-city bus, I need to find a bus station, which is usually pretty out of the way. If I want to take a plane, I need to drive to the airport. The US doesn’t have much of a train system, so that’s usually not even an option. The US lacks this convenience that the Japan rail system provides to customers by providing different services in one easily-accessible place. 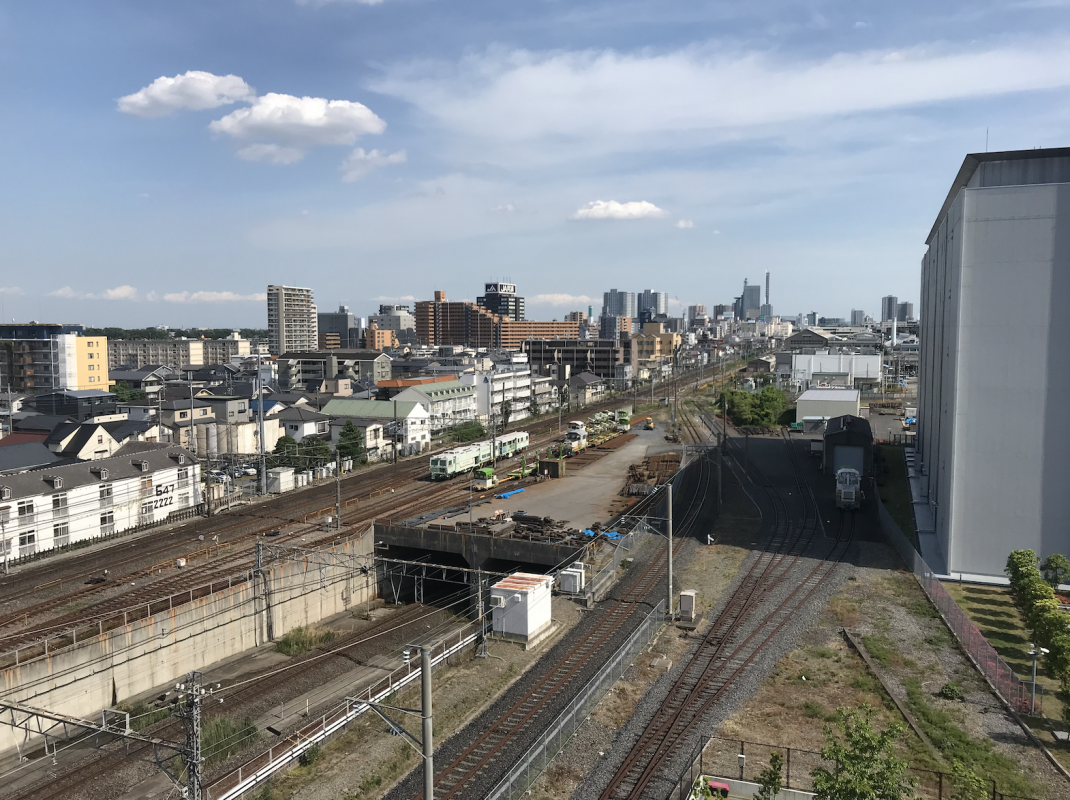 One thing I did notice about the Shinkansen that I didn’t like as much as local trains was the system for communicating stops. On the Shinkansen we rode, the announcer only spoke in Japanese and did not provide an English translation. Also, the Shinkansen does not have screens on the walls detailing when and where the next stop will be, which the local train did. So, I personally felt more lost as to where we were while riding it. In contrast, in the US and Europe, it’s much easier for me to navigate details of my trip. However, this is only because in these places, information is almost always displayed in English, even if that’s not the local language. So, it is easier to understand the US and European system for me personally in this way.

Overall, I was extremely impressed by the Shinkansen. It moved incredibly fast and allowed us to have a smooth ride across half of Japan. The seats were very comfortable and gave plenty of leg room, so I was able to eat, relax, and nap while on the train comfortably. One thing that is nice about the Shinkansen is that it provides a very smooth and comfortable ride, whereas on buses or in planes in the US, the ride can often be uncomfortable and very bumpy. The Shinkansen ranks very high in my personal list of intercity travel that I have taken, and I have a feeling that no matter where I go in the world and what transportation I experience, it will always be at the top of my list. 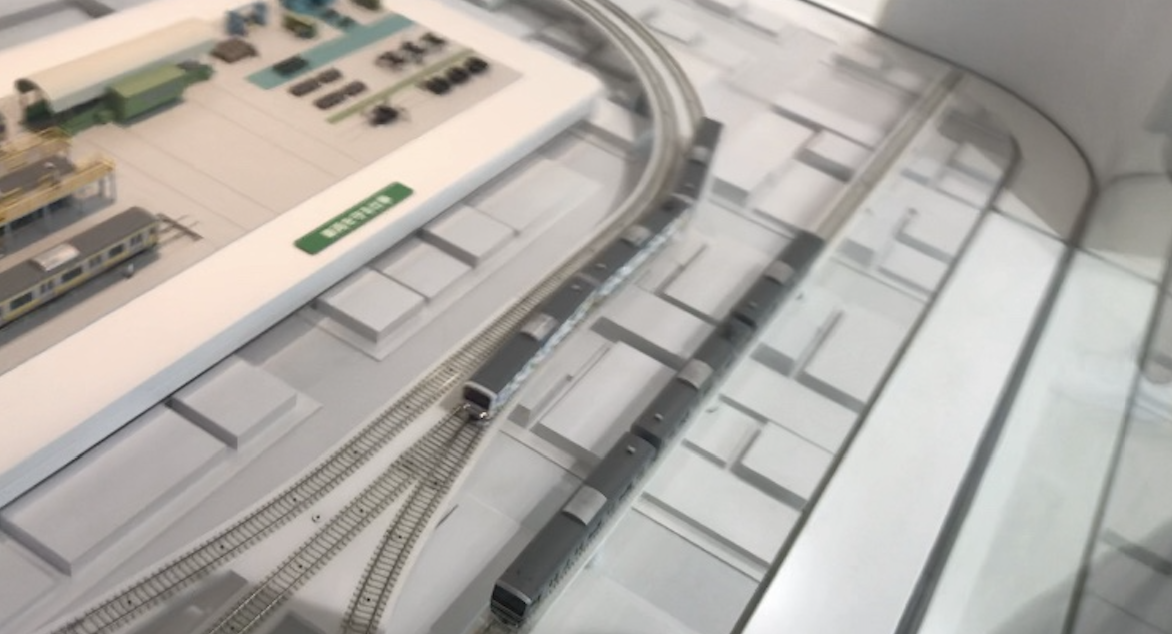