Shinkansen: Let's Get on the Train!

Over the course of the past two weeks, I have utilized public transportation more often than I ever have before. From trains to buses and even a ferry, I am consistently impressed by the efficiency and punctuality exhibited by the transit systems of Japan. The form of mass transit that we used most often during our travel leg throughout Japan was the Shinkansen, or the bullet train, which allows individuals to travel easily from city to city. 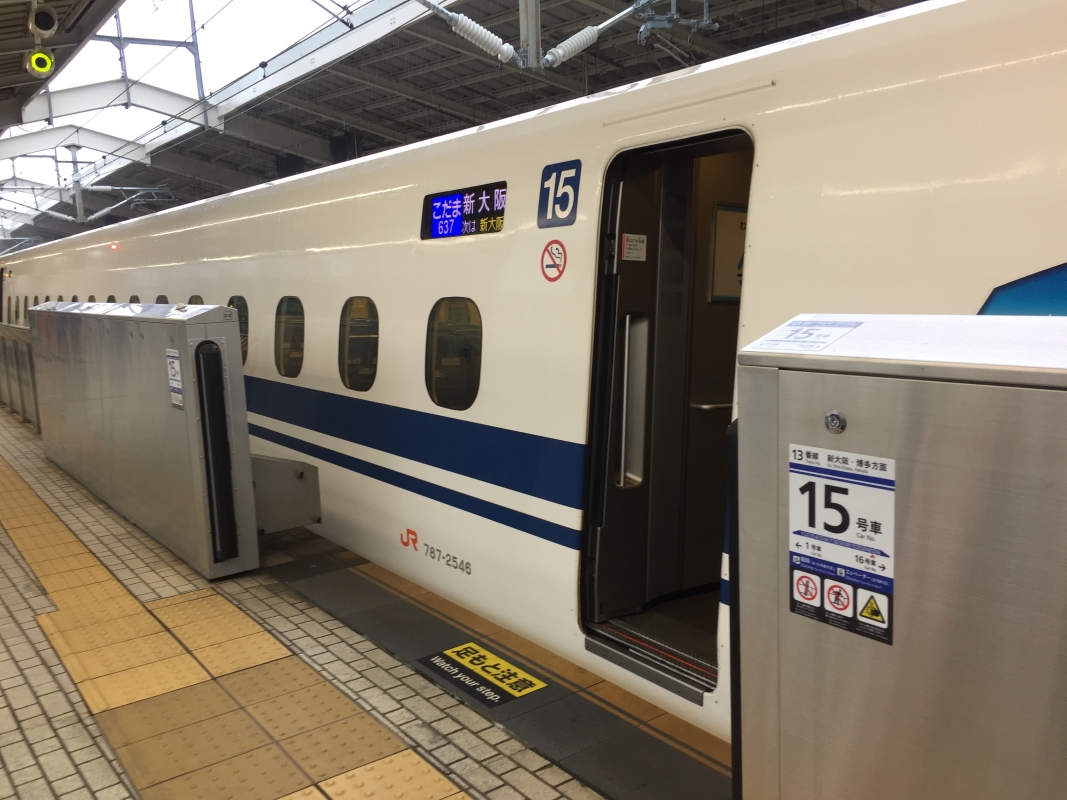 On the topic of intercity travel, it comes as no surprise that Japan’s intercity transit system surpasses those of other countries. Never before have I experienced intercity travel like that offered by the Shinkansen. The capabilities of American intercity transit systems come nowhere near the Japanese Shinkansen’s capabilities, which is exemplified by the fact that the first thing that came to mind when I thought about “American intercity travel” was the Greyhound Lines bus service. Although Greyhound buses and the Shinkansen both boast Wi-Fi access, power outlets for passenger use, and considerable leg room, the Shinkansen system possesses the advantages of timeliness and availability. Like the majority of American mass transportation systems, one can not always depend on Greyhound Lines to arrive at its destination at the projected time, which is due in part to the buses not having their own designated road lanes for travel. In contrast, the Shinkansen system, like the majority of other Japanese transit systems, is predictable and almost always on time, which is shown by the fact that Dr. Woodall was able to give us the exact arrival and departure times for each of our shinkansen trips approximately two weeks in advance. Furthermore, the Shinkansen has its own designated tracks, which allow it to move unhindered from city to city. 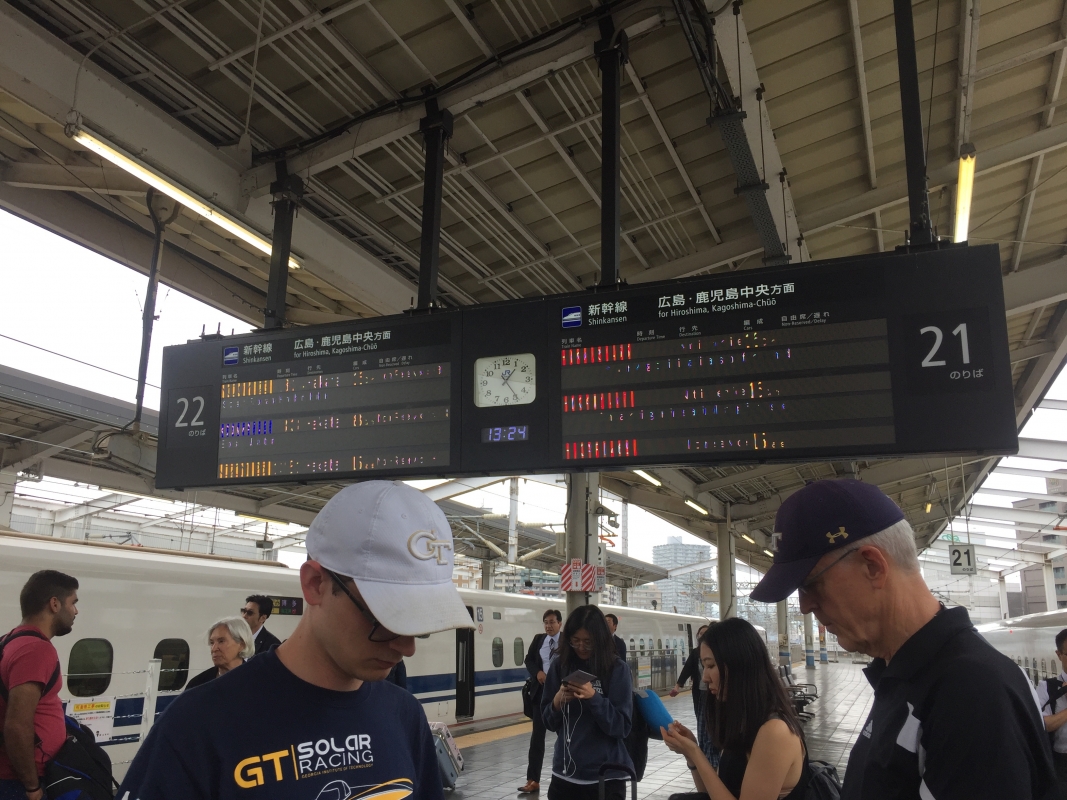 As with other forms of Japanese mass transportation, the patrons of the Shinkansen are generally quiet and respectful. Compared to local train systems, such as those in Tokyo and Kyoto, I noticed more people of other nationalities utilizing the Shinkansen, which makes sense considering that the ease with which one can travel from city to city with the Shinkansen makes it perfect for tourists. As I stated previously, the Shinkansen is almost always a timely service; however, we had the misfortune of experiencing one of the few times when it was delayed. On the way from Tokyo to Kyoto, our train was stopped due to a track inspection, and we were forced to wait for almost an hour, which caused us to miss our connecting train to our final destination. Despite the anxiety that occurred because of this incident, we were able to acquire tickets for a later train to Kyoto, which demonstrates that the Shinkansen system can be flexible and provides users with the freedom to change travel times if desired.

Because Japanese cities are essentially constructed around the mass transit system, it is incredibly simple to locate stations. Stations are usually surrounded by shops, restaurants, and convenience stores, which makes it easy for commuters to amuse themselves or find amenities before their train departs or upon their arrival. In addition, the stations have always been within walking distance of our lodging, which was greatly appreciated as we lugged our suitcases around on our travel leg. Not only are stations easy to locate, but finding information for navigating between cities is also quite straightforward. Although the local train system and the Shinkansen system exist within the same stations, clearly-marked signs point to the area containing the Shinkansen platforms. Overhead displays list the time and platform number for each train, and the tickets inform passengers of their reserved seat number as well as which train car that seat is located in. 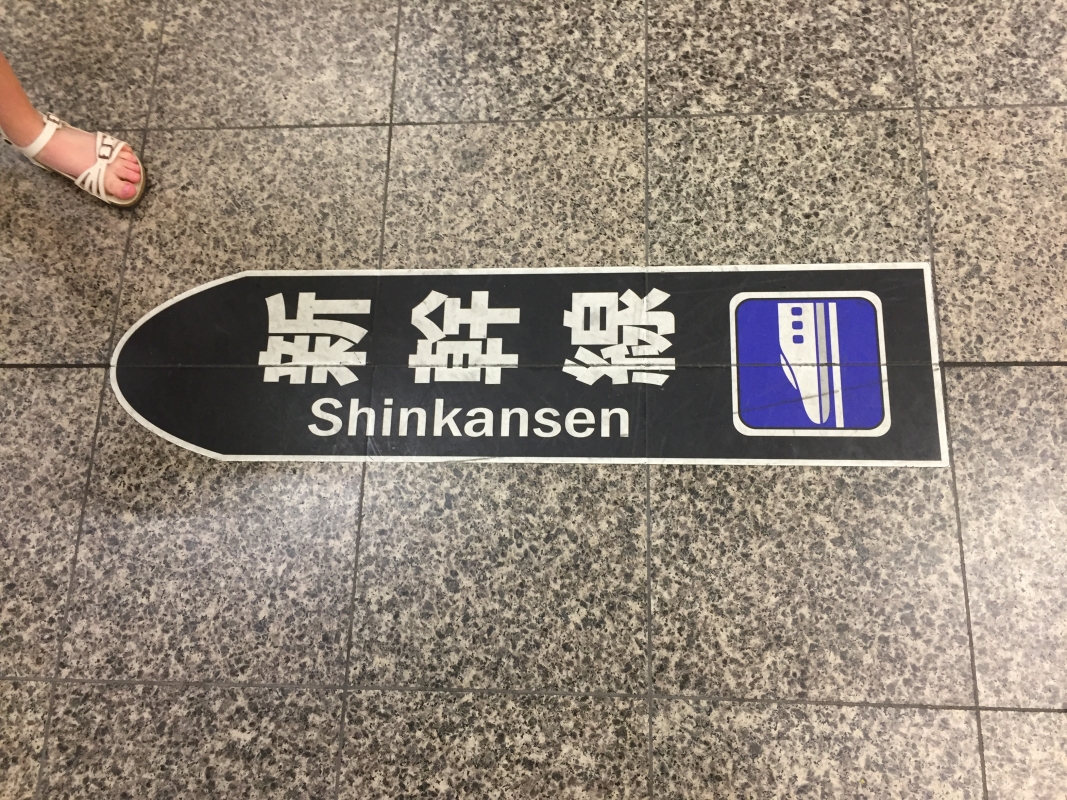 The Shinkansen process is designed to make intercity travel as effortless as possible so that passengers are able to journey from location to location with minimal hassle. People are able to ride contentedly due to the provision of internet access, tray tables, and significant leg room; I had to sit next to the tallest student on our program for one of the Shinkansen rides, and even he was able to sit comfortably. If countries like the United States gain inspiration from Japan and improve upon their intercity travel systems, this could promote their usage in the contexts of both business and pleasure, thus increasing the sustainability of intercity travel. 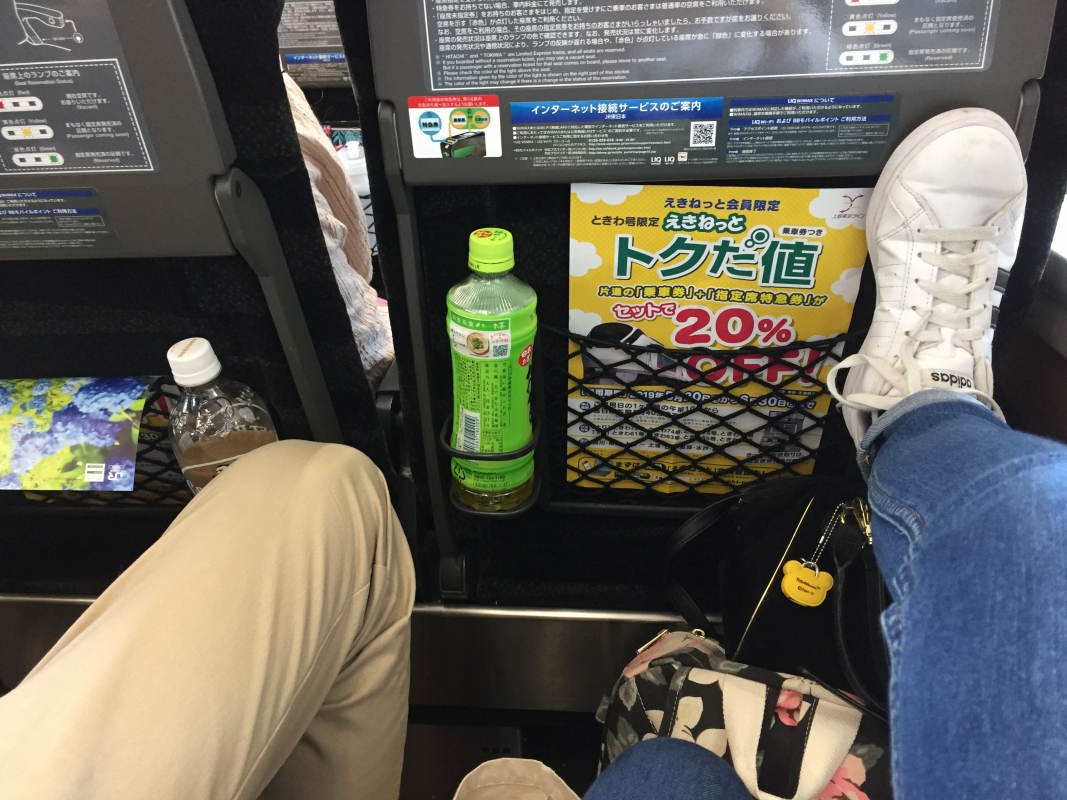