Over the past two weeks, we made our way from one megaregion to another as we traveled from Tokyo to Keihanshin. In both places, it is easy to tell why they are called megaregions. Looking over the skyline of both regions, all that can be seen is buildings for miles and miles. Although both regions are very highly populated and are centers of economic output, they each have their unique cultures, lifestyles, and traditions. Below is a picture of the Tokyo skyline. 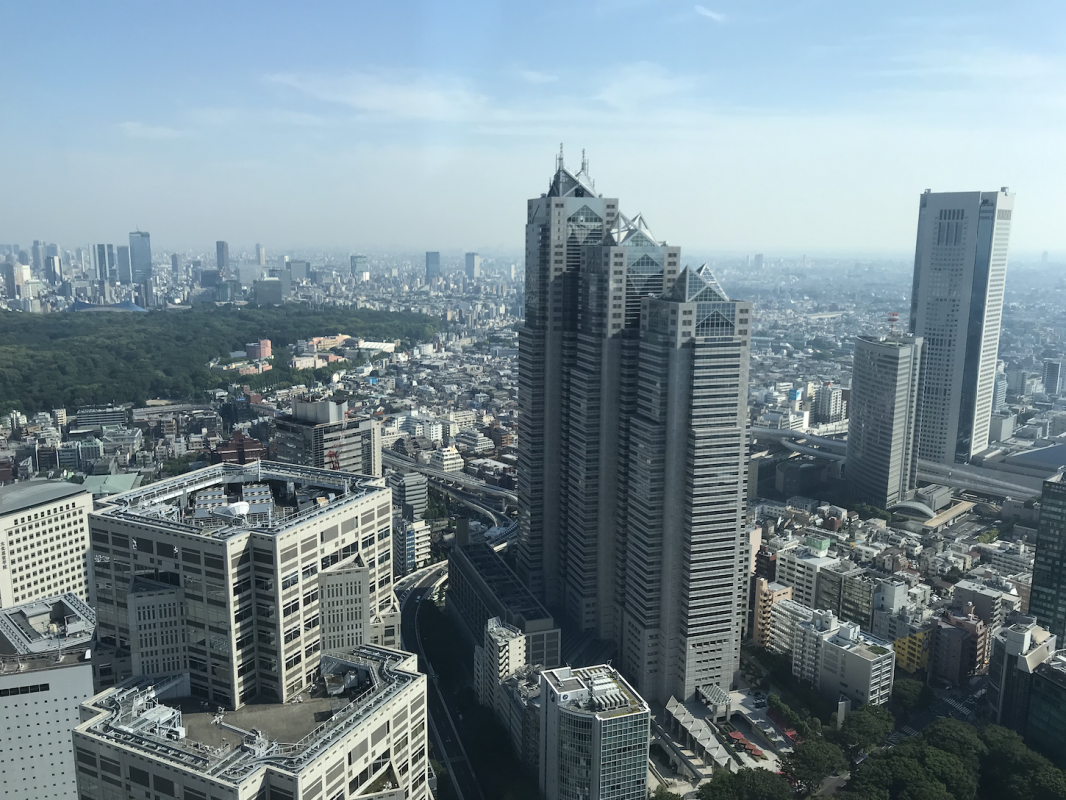 Another difference I noticed almost immediately was the way people dress in Keihanshin versus in Tokyo. In Tokyo, we were constantly surrounded by big corporations and businesses, and the commuters were primarily people making their way to work in these businesses downtown. In Tokyo, it struck me how nicely and professionally everyone we encountered was dressed, in the mornings, daytime, and at night. The people there seemed overall to be very professional in their dress and behavior.

However, in Keihanshin, I immediately noticed that people were dressed and acted in a more casual manner. In this region, I don’t see quite as many people dressed in suits or blouses making their way to work in a corporate office. Instead, I see many more young people and I see many more people dressed less professionally. Overall, I get a sense that the dress and culture here are more relaxed, whereas in Tokyo, it all seemed very business-oriented.

The transit cards that are used in the two regions is a symbol of the differences between the two areas. People in the Keihanshin megaregion use rail lines under JR west, while people in the Tokyo megaregion use those under JR east. The transit card that allows you to use trains or buses in JR east is called the Suica card, while the one in JR west is called the Icoca card. Through talking to people in the Keihanshin area, I learned that for people here, the Suica card represents something about a person. When people from Keihanshin see someone with a Suica card, they assume that the person is more stuck up because they are from the Tokyo megaregion, where, to them, the culture is more uptight.

The final difference I noticed between the two megaregions is in how homogeneous the region as a whole seemed to be in a cultural sense. In the Tokyo megaregion, there is only one central city, and everyone is a part of the megaregion around Tokyo. However, in Keihanshin, there are 3 major cities that make up the megaregion: Kyoto, Osaka, and Kobe. From talking to my classmates who live in the Keihanshin region, I learned that each city has its own unique culture. It means something different to be from Kyoto than from Osaka. So, this megaregion has a less uniform definition of what it means to be from the Keihanshin megaregion, whereas in the Tokyo megaregion, everyone is centralized around one city – Tokyo – so the way people identify with the region is more uniform.

I see similar patterns to this in the United States. Growing up in the south, I have noticed a distinct cultural identity that develops based on the region of the US where you grow up. From my point of view, although it is different to grow up in Georgia than it is to grow up in North Carolina, I see the culture of the Charlanta megaregion as being more similar to regionalism in Tokyo in the sense that it’s more unified. People in the south tend to culturally identify with one another, no matter if they’re from North Carolina, South Carolina, or Georgia. However, I feel that the regionalism in the Bos-Wash megaregion is different. It is very different to grow up in New York than it is to grow up in New Jersey, and it seems that people from each of these areas don’t feel like they had the same experience growing up as people from the other area. This megaregion seems to line up more closely with Keihanshin in the sense that people don’t identify with the region in the same way. The image below highlights the southern states of the US. 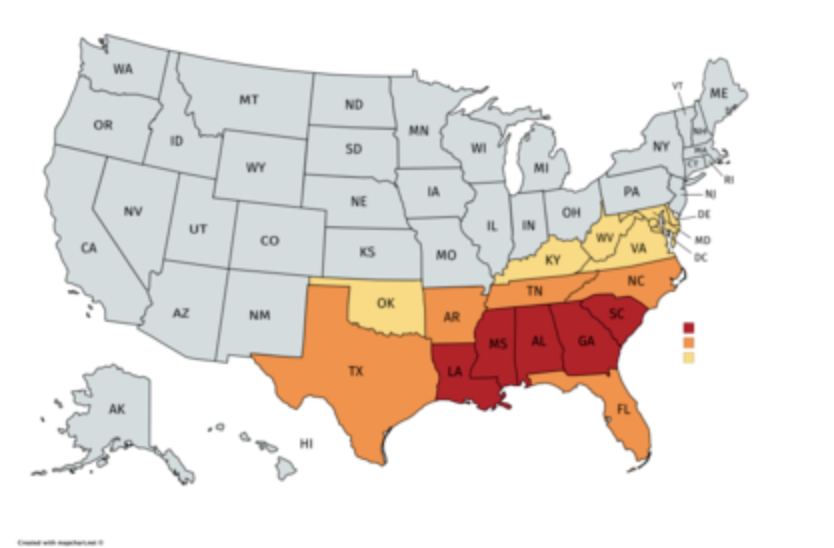 Overall, I have noticed that although megaregions share many traits such as high population densities and high economic outputs, they can differ in many ways depending on the people that live in them.