The first week of this program was spent in Tokyo, a part of the Kanto region, we then proceeded to the travel leg and have ended up in Kobe, a part of the Kansai region. Even though these regions are part of the same country and are relatively close to each other (at least in an American standard) there are a lot of cultural differences between them.

The differences in escalator use between regions. (Image taken from CNN)

Overall, there are a lot of differences between these two regions that usually go unnoticed by foreigners. The difference in language, food, culture, and many other things show the regionalism present in Japan. This regionalism can be compared to the one we see in the USA, especially in the North East and the South, where there are differences in language, food, culture, and other things. 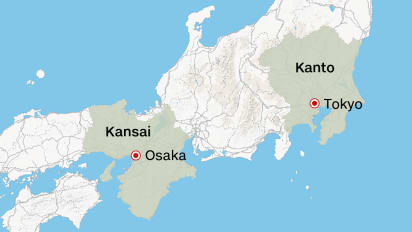 The Kanto and Kansai regions on a map. (Image taken from CNN)