Despite its smaller size, Japan has many regions. Regions which, like most countries, have their own unique cultures in the way they talk, the way they dress, and the way they live in general. Being from America, I can tell you first hand that different parts of the country have different lifestyles, and from recent experience I can see that Japan has a similar situation. 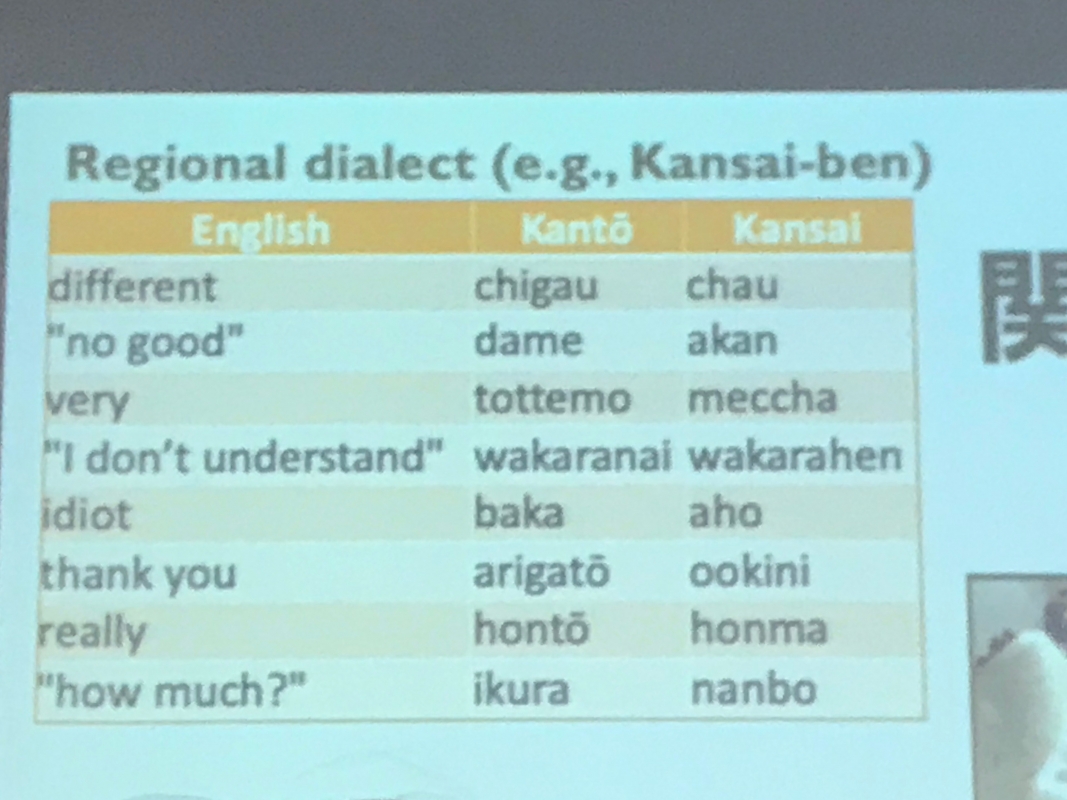 First off, we learned in lecture from Dr. Woodall in lecture that different regions have different dialects. In this specific case, we talked about the difference in dialect between the Tokyo area and the Keihanshin megaregion in the way the say (or not say) similar phrases such as “thank you”, “how much”, and surprisingly the word “idiot”. While this might be the case for some of the more traditional residents, a Kobe student made it clear that the current generation does not have any significant difference in how they speak compared to Tokyo or most areas around Japan. The student explained how that difference in dialect is more applicable to the older population. 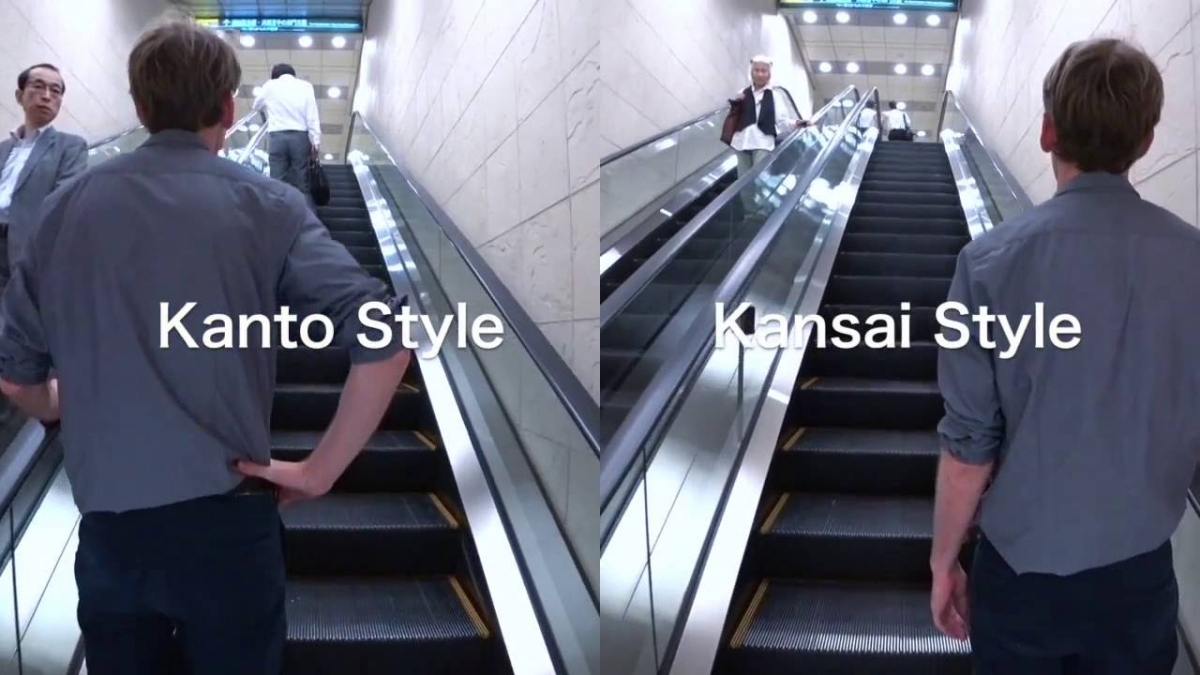 Second, another small cultural difference is found in a surprising location; at an escalator. In malls, stores, and most commonly, train stations, there are many escalators, and people in the Tokyo and Keihanshin areas rides these escalators differently. In Tokyo, people stand still on the left side of the leaving the right side of the escalator open to people who want to walk up/down. In Keihanshin, it is the opposite, with people standing still on the right and walking up/down on the left. Honestly, there is no rule stating what side to stand on, it’s just how the culture developed. 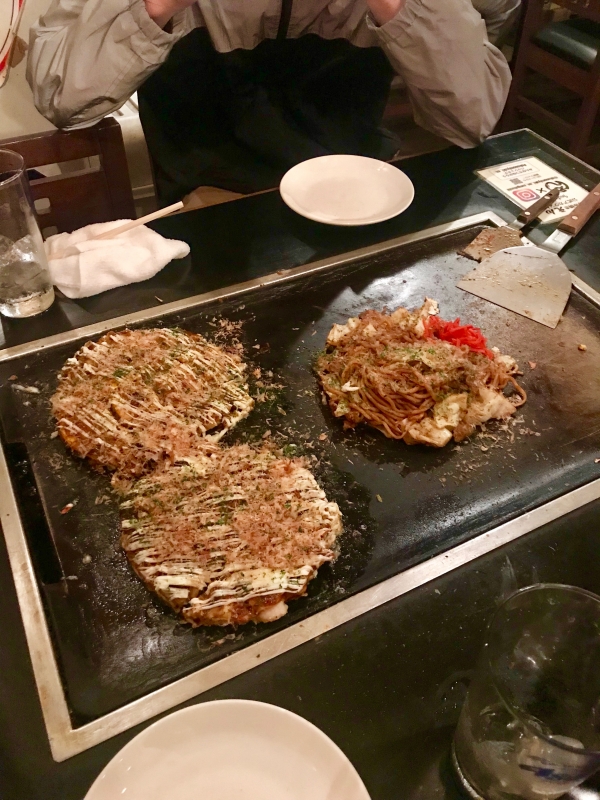 Lastly, similar to other countries of the world, like America as well, in different regions, there are different staple foods. Now, most types of food are available everywhere, but each region has their own specialty food. For example, okonomiyaki is from Osaka (a pancake made of many ingredients especially cabbage), ramen originated in Sapporo, sushi came from Tokyo, and then there are many other unique dishes that have now spread across Japan. It’s cool because we can relate that to the US where various regions have different signature dishes, like lobster from Maine, potato themed dishes from Idaho, blue crabs and other seafood from Maryland, and other foods.

At first, I wasn’t sure how different each region of Japan would be because of seclusion of Japan for so many years, the majority of the population being pure Japanese, and just the lack of diversity introduced to Japan overall. But now I see that although there has been much diversity brought into the country, within Japan itself, there have been multiple unique systems and cultures across various prefectures created through different groups of people. There are several regional differences in Japan and they are expressed through the unique lifestyles of each region, similar to that of the United States.