The Greater Tokyo area and the Keihanshin areas have similar contrasts much like the regions of New York City and Atlanta. Japan has a relatively small land mass compared to the United States, yet there are still observed regional differences within the country. Certain words are said different such as the word for “thank you” is “arigato” in Tokyo and “ookini” in Kaihanshin. People ride on the opposite side of the elevator. Every region has its customs. Similarly, within the United States, every region and city has its own subculture. The north references soda as “pop”. The South is infamous for its “yall”. Within every country every region has its differences. The Greater Tokyo area has a population of 37.8 million people and New York Metropolitan area has a population size of 20.3 million. The Keihanshin population size is 18.6 million while the Atlanta Metropolitan area is 5.6 million. Its been interesting to compare the different regions in different counties.

To start off with, the fashion in these regions are very different. In Tokyo, at any given moment when you ride the train, majority of the people in the car are in business clothes. I was alarmed by the amount of people, men and women, in professional attire during most of my time while I was in Tokyo. If they weren’t in professional attire, I noticed more fashionable “streetwear” among the general population. Whereas, in the Keihanshin area, I noticed more casual wear. In Kyoto, Osaka, and Kobe, I notice more people on the train are in casual attire. I still saw people in professional attire but not to the point where that is all I can see like in Tokyo. People here do wear streetwear, but I still saw more in Tokyo. Likewise, in New York, most of the people you see are in professional attire or more streetwear. In Atlanta, most people dress casually compared to New York. Tokyo and New York City shows how these economic hubs influence the fashion seen in between its skyscrapers. 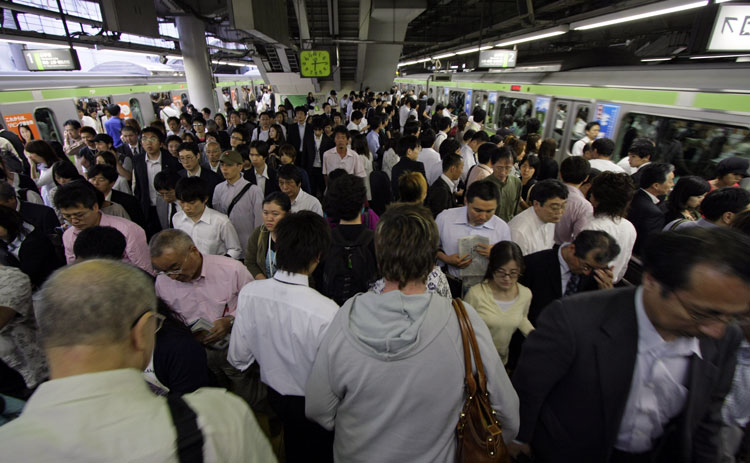 There is a stark contrast between the two regions within in Japan that is different with the two regions in the Untied States.  The Keihanshin area, specifically Kyoto, has shrines embedded throughout the city. In Kobe and Osaka, not so much. Within Tokyo, there are also shrines embedded throughout the city, and some with massive parks that are in contrast to the bustling city surrounding the green space. In cities with such high population densities, any piece of land is very valuable. They dedicate a lot of land to their religion and history. However, in New York City and Atlanta, there are no religious monuments that have large amounts of land dedicated to them. Hardly any area is dedicated to green space. There are more parks in Tokyo when compared to New York. Atlanta is one of the more greener cities since it has many trees throughout the streets of Atlanta. In the aspect of religion, the regions of Japan and the U.S. vary in that sense. 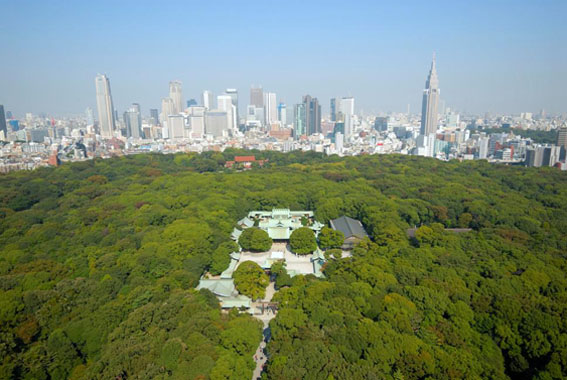