More Trash & How to Deal with It

As countries continue to develop and produce more waste, the importance of effectively dealing with trash only rises. Pollution and contamination can severely impede a country's growth so sustainable management of trash is, therefore, a necessity for the functioning of society. In order to work, however, trash disposal practices must factor the country’s unique environmental situation and culture, and this is particularly evident in Japan and the United States whose disposal methods have accommodated its respective society’s needs and values.

In Japanese culture, the word mottainai encompasses the practice of treasuring and using things for as long as possible. Interesting enough, this practice has carried out even its disposal practices where conserving resources and recycling is of high priority. This is shown in Japan's extensive disposal system and its valiant efforts to make use of all their resources. During my time here, I have noticed an emphasis on recycling plastic specifically, which is often used in bedding, carpets, as well as other household material. However, not only do cultural factors play a vital role in how trash disposal is managed, but environmental factors as well. 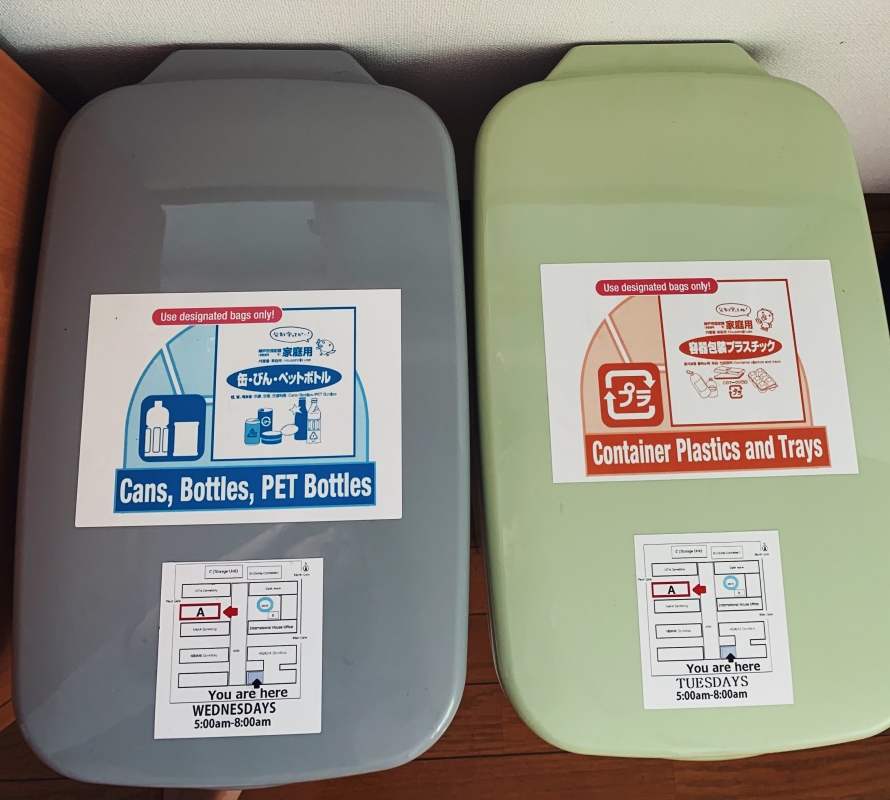 In Japan, there is simply not enough physical space to store trash, thus incineration serves as the main waste disposal method. After the trash is burned, the ashes are typically discarded in the ocean, where it is compacted to create additional islands. Rather than waste reducing available space, Japan, in fact, is able to grow on its waste. A prime example of this is seen with the construction of Kansai Airport, which was built upon compacted waste. However, incineration of trash requires careful division between combustibles and non-combustibles. Due to Japan’s collectivist culture, it is able to establish a norm of appropriately disposing of items. From the household level, there is an expectation that people will comply with the given rules and adhere to the community’s standards. People diligently follow the procedures laid out by municipalities. Thus, there is a system where individuals, municipalities, and waste management companies work cohesively in order for this system to function well. Because incineration has been a common practice in Japan, typical problems that arise with incineration sites such as overproduction of hazardous dioxins have been mitigated with the development of technologies. Mechanisms such as air filters severely reduce these dioxin releases, and other pollution control facilities have emerged to reduce any environmental repercussions.

Compared to Japan, incinerating trash in American society is a rare occurrence. Japan has up to 1263 incinerator sites while the United States has a mere 71. In the United States, despite efforts to encourage recycling, it is nearly impossible to motivate people to properly separate their trash, making incineration extremely difficult. Incineration sites are also far less culturally acceptable in the U.S., and former efforts to build incineration sites near residential areas has been met with severe public resistance. Only states, such as Florida, whose proximity to the water level has caused it to rely on incineration, as it is nearly impossible to create a safe landfill.  Because the United States holds vast amounts of land, it can afford to dispose of its trash in large landfill sites. Landfills, by far, are the main sites for disposal, where approximately 52% of trash is sent. While both the United States and Japan are both highly developed countries, with strong economies, and cutting-edge technology, because of both environmental and cultural differences, their methods of disposal differ. Japan’s small land size and collectivist culture have lent itself to incineration disposal methods while the U.S.’s massive area and public disapproval for incineration sites have led to landfill usage. Although problems can arise with both methods, so far, each method has worked for its respective country and improvements are being made to make each method more sustainable.