Over the course of the travel leg around Japan, I took the high-speed Shinkansen from city to city, and within each city, I experienced various modes of transportation such as Kyoto's city bus system to Hiroshima's streetcar. While riding the Shinkansen in particular, I observed the convenience and advantages that intercity train travel provide for the Japanese. The patrons are all respective of each other's space; everyone stands in a line at the platform while waiting for the Shinkansen to arrive, and the first person always waits for all onboard passengers to get off before boarding him or herself. Additionally, the train always arrives two minutes before its scheduled departure time, and if the train is said to leave at 1:22 PM, it will do so at precisely that time. I am extremely grateful for the punctuality (except for the delay from Tokyo to Okayama due to a track inspection), but I do admit that I always get anxious when boarding the train, in fear that I do not get on in time. The train station is also extremely accessible; from every hotel we stayed at or tourist attraction we visited (with Fukushima being the one exception), the train station was easy to reach since it was located in the urban area. There are also numerous helpful signs, overhead screens displaying invaluable information, as well as information centers - all to help you navigate your way around and to locate the exact platform your train will arrive at. If you ask for help, you will immediately get a helpful response back, and if you do not understand the first time, the workers there will not hesitate to explain again. Aboard the train, there is also a digital screen at the front of every car, which reads out the next station so that you know when to get off. A few minutes before the Shinkansen approaches a station, an announcement plays along with a euphonious tune, alerting passengers that train is about to stop and awakening anyone who's asleep. 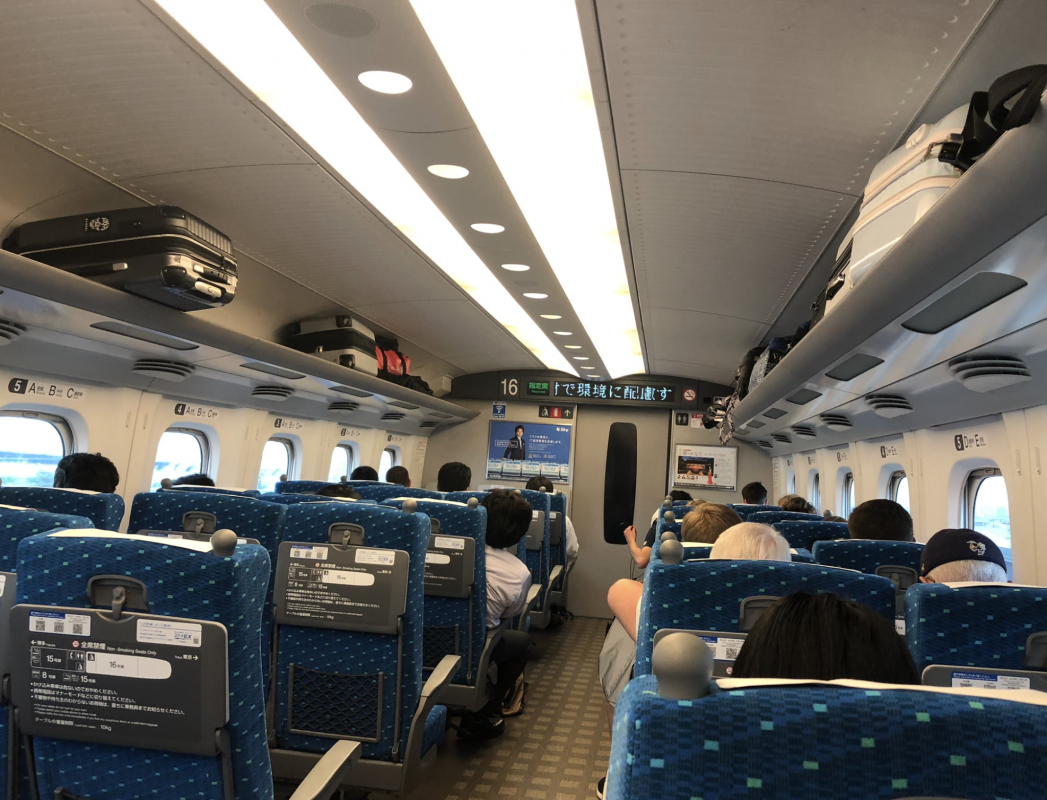 In the United States, however, high-speed trains simply do not exist. There are intercity train systems under the company Amtrak, but I had never heard of it until recently when I searched it up on the internet. The company claims to reach 500 destinations and 46 states with its railway system, but I have never heard of its advantages over the course of my entire life. My family never thinks twice about what transportation system to use when traveling around the country; it is always either by plane or by car, which I find to be more reliable modes of transportation available in the United States. Having no knowledge about intercity train travel in my home country, I cannot assert whether or not the Amtrak transit system satisfies the seven components of good transit service: connectivity between stations, frequency or span, fares, civility, reliability, simplicity, and speed or delay. 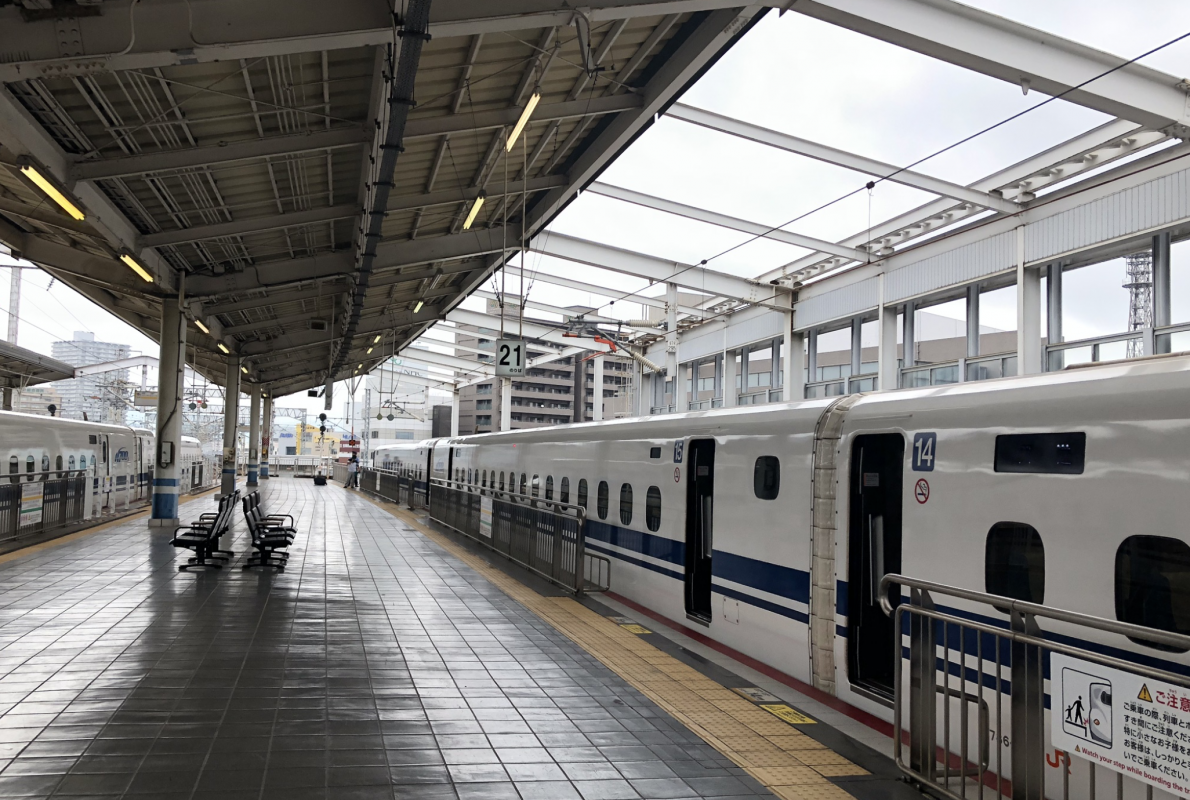 Nevertheless, I have also taken a high-speed train from Barcelona to Madrid. In Spain, the high-speed rail is called Alta Velocidad Española (AVE), and I found it to be pretty similar to Japan's Shinkansen when looking at the aforementioned factors of a good transit service. I would say that the number of train rides offered each day can amount to those offered in Japan, and the spacing and comfort of each passenger seat on AVE are equivalent to those on the Shinkansen. If I can recall correctly, I believe that there were different seats to choose from when purchasing your ticket, but they, of course, vary in price. The more expensive tickets provide you better quality seating and services, and the lowest available option gave you a non-reserved seat. The patrons are also pretty respective of everyone's space, and they stay relatively quiet during the train ride. It was easy to navigate my way around, but if I got lost, the workers typically gave pretty helpful responses. Getting to the train station in Barcelona was relatively easy, especially if you take the local subway or walk by foot since it was located around many hotels, shops, and restaurants. My family and I personally chose to take a taxi from our hotel to the train station, just for convenience purposes so that we did not have to lug around our heavy suitcases. Furthermore, I had to get my ticket stamped at a machine, which can be found at every platform, because the train conductor later checks your train ticket. On Japan's Shinkansen, however, I noticed a conductor walking down the aisle while carrying some device, but they never personally go by each person in a reserved car to check everyone's ticket.

Unfortunately, I do not know enough about Spain's high-speed rail system to suggest that it is as good as the Shinkansen. In all honesty, it was hard to recall what it was like taking AVE, even though I was in Spain just last summer, because I never really paid attention to the services provided by various train systems until I came to Japan two weeks ago. I can say, however, that there was never a time where I was unsatisfied while taking Spain's transit system. Through this travel leg and study abroad program as a whole, I have paid great attention to Japan's leading transportation systems, and have gained valuable insight into Japan's transit system and where it stands globally. I hope that in the future, the United States can follow after Japan and develop high-speed rail systems, which would become a huge turning point for the country's transportation industry.