Fukushima is fighting back

As we traveled outside of Tokyo and made our way to Fukushima, I could see notable differences in the landscapes from place to place. As would be expected when traveling away from a densely packed megaregion like Tokyo, the houses became a bit more spread out and I noticed more and more greenery. During one of our many train rides, I noticed a lot of rice paddies as well as more small, individual homes. Obviously, the ways of life of people within Tokyo and people further away would differ. It seemed that as we traveled further from the megaregion, there was a transformation from corporate business to agrarian lifestyles.

One thing I noticed that both the areas within Tokyo and outside the megaregion shared was that people take advantage of every square meter of arable land, whether for farming, building, or living. In Tokyo, the land was strategically planned to build numerous high-rise corporate offices, house popular shopping streets, or make space for parks. On the way to Fukushima, the land seemed to be taken up by either homes or farmland. In both cases, though, the land was strategically used so that people could take full advantage of the available land space. 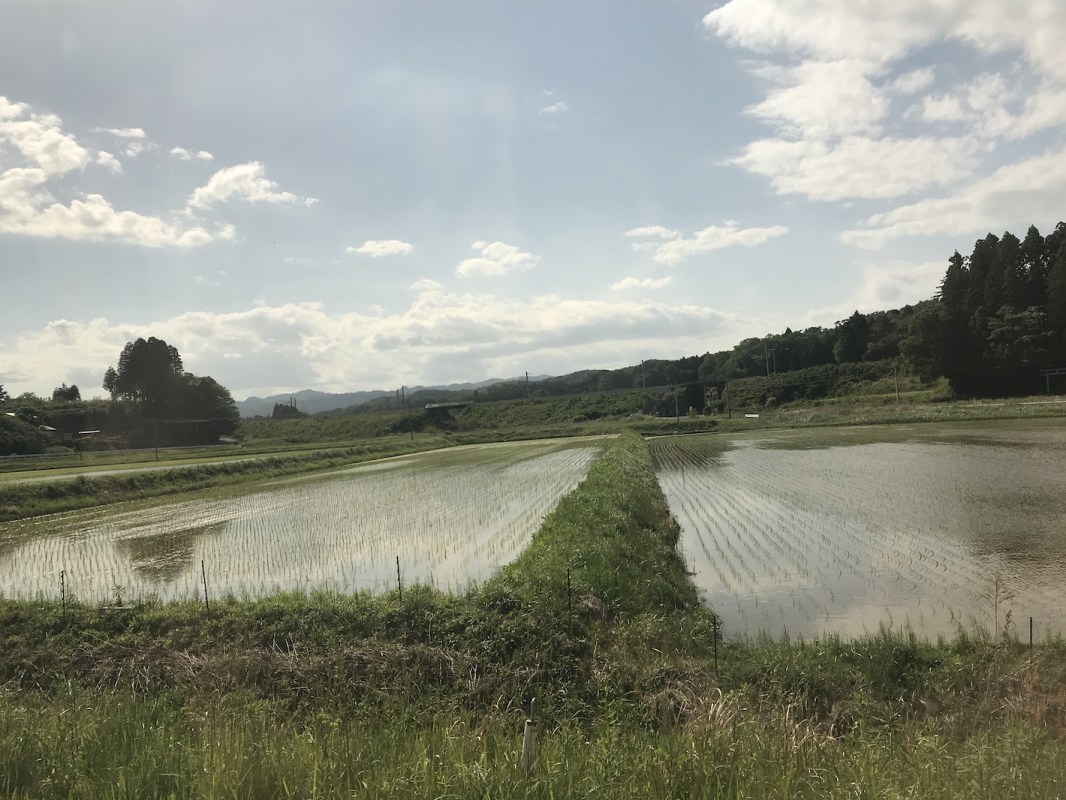 Before arriving in Fukushima, I wasn’t sure what to expect. I didn’t know a lot about the disaster there, because I was only in 5th grade when it occurred. I didn’t realize how bad it had been and how many people were displaced. I was shocked to learn that people living within a 20 km radius around the nuclear power plant had to evacuate. I didn’t realize that the scale of the disaster was so large, and that most people are still displaced and haven’t returned home yet because some areas are still in the red zone and others were opened as recently as this year.  After learning all of this at the Tepco museum, I felt sadness and despair that this community had to suffer so much and I worried that they would never recover. 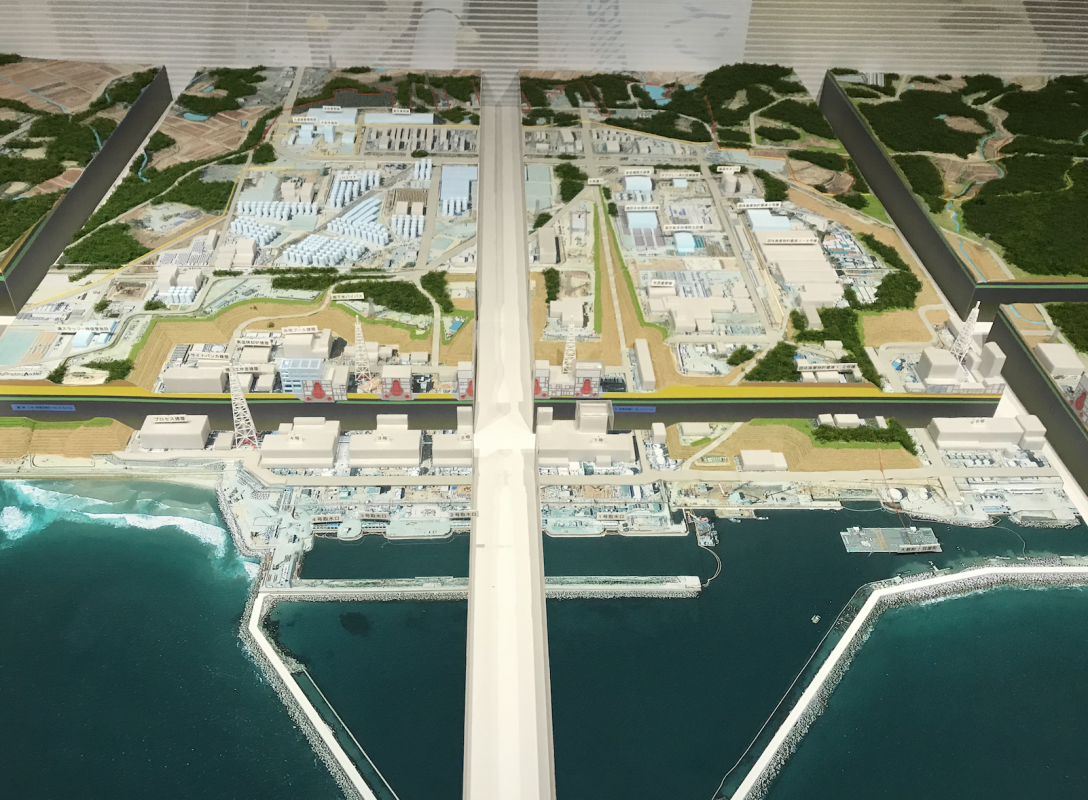 However, as we began to tour the exclusion zone later in the day, I was surprised at how many people I saw cleaning up buildings or working on the roadways. When we stopped at the abandoned nursing home to look over the Tepco power plant where the disaster took place, our tour guide who also works in the government told us there were still thousands of workers who continue to clean up and decommission the power plant. 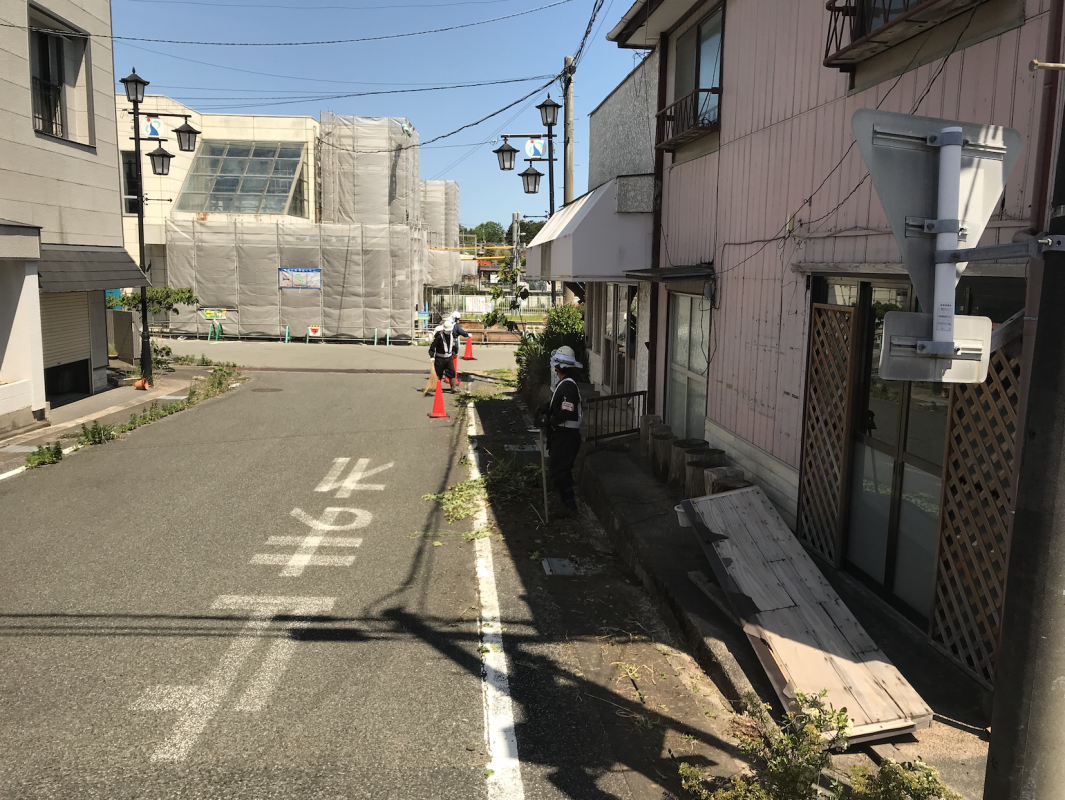 Although this community suffered a terrible disaster, they are by no means giving up and abandoning their home. As we drove around Fukushima, our tour guide showed us the many places where renewable energy is beginning to grow in the form of wind turbines or solar farms. This is direct evidence of a community that is working to rebuild. After talking with our tour guides, a father of one of them, and students all from the area, I realized that people still care tremendously about their home and repairing it so that they can one day return. This gives me hope for the people of Fukushima, and I admire how strong and resilient the community is. 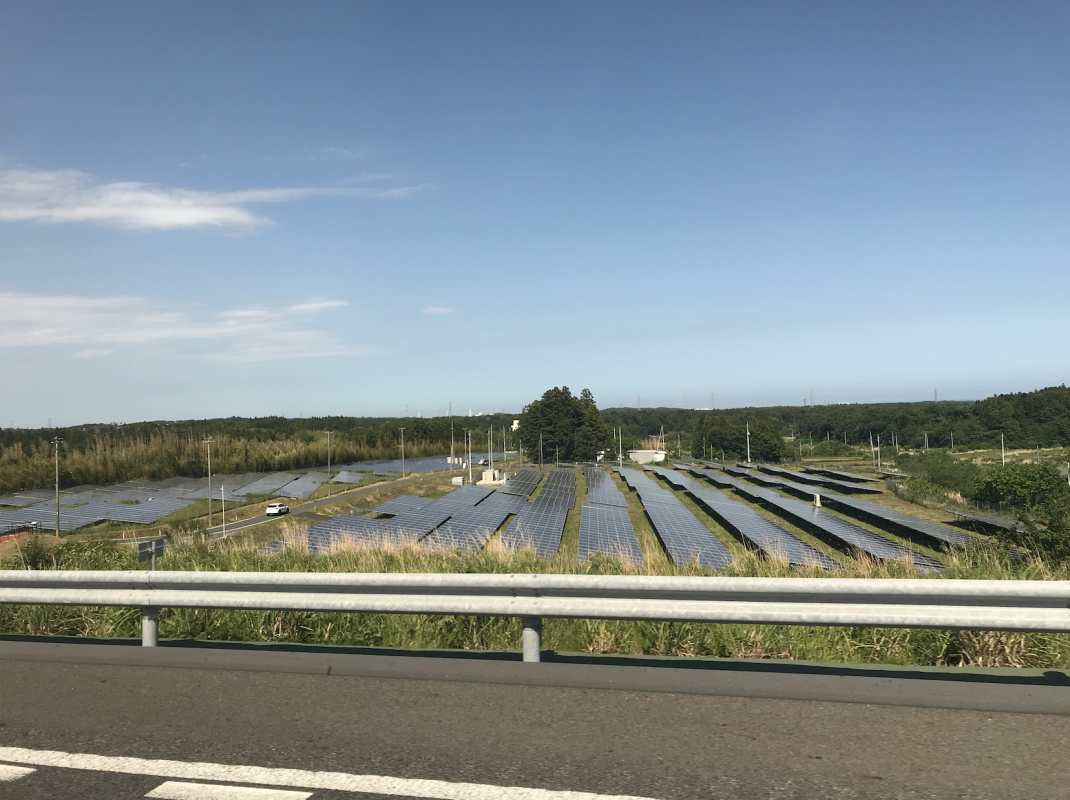 From the people of Fukushima, I learned a lot about how strong a community can be, and how much they can withstand and still want to return home. I believe that the Japanese collectivist culture enhances this resilience that I saw in Fukushima. It seems like Japan is not willing to forget about this community or leave them behind, so they continue to help clean up the area. I am impressed by how much effort is still being put in to rebuild this community and learned a lot about resilience from Fukushima. 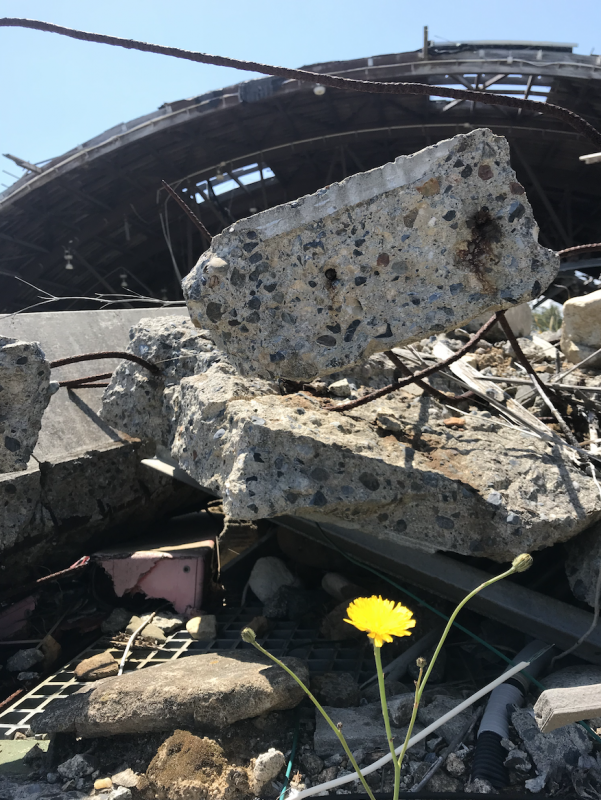