While there are certainly some similarities between the two highly developed nations, there are also major infrastructure differences between Japan and the United States. As we have talked about in class and observed throughout the trip, these differences are often a product of deeper cultural nuances. Because of these cultural differences, Japan and the United States vary in their practices and overall attitudes toward municipal solid waste (MSW) disposal.

A major factor that has influenced the handling of MSW disposal between the two cultures is the geography of each nation. Due to Japan’s relatively small size and mountainous terrain, there is very little flat and usable land available. Of the 12% that is viable for development, it is nearly all designated for residential and agricultural purposes due to Japan’s high population density. Accordingly, there is very little space for landfills, making incineration an even more appealing alternative. Furthermore, landfilled terrain sinks overtime and therefore can’t be built upon, while incineration byproducts can be used to create new islands. This is not the case in the United States, however; there is plenty of sparsely populated land that can house landfills, so much so that there is even a market for interspersing waste between states. On our field trip, we got to visit Kansai Electric Power (KEPCO) and tour a landfill that they had repurposed to produce solar energy with a layer of photovoltaic cells. While primarily an experimental project, the idea shows Japan’s commitment to making the most of their scarce habitable land. 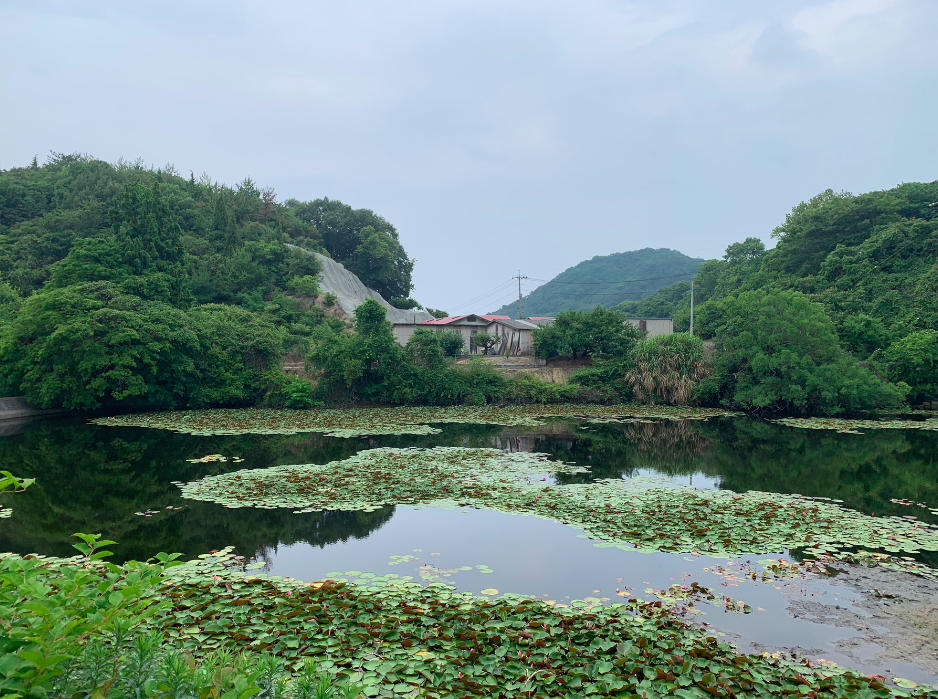 Pristine pond at a very old property in Shodoshima

Another aspect influencing each country’s MSW disposal processes is the feeling of cultural ties toward the land and a respect for the nation’s natural resources, or the lack thereof. Japanese culture has existed and evolved for thousands of years, while the US has had only a few hundred years to begin developing the foundations of a cultural identity. Consequently, US citizens are more detached from their roots and cannot possibly experience the same connection to their countries’ resources and history than the Japanese can. American culture promotes a “rugged individual” mentality in which people are encouraged to act in their own self-interest rather than in the interest of society. In the context of MSW disposal, this sentiment translates into Americans wanting cheap and convenient waste technology that is far from them or their homes. The Japanese, on the other hand, consider the implications for the overall group and are conscious of the future when making development choices. The Japanese word “mottainai” is an environmentally minded sentiment meaning “treasuring and reusing things as long as possible.” This idea pervades in society and influences their government and industry attitudes toward waste management. 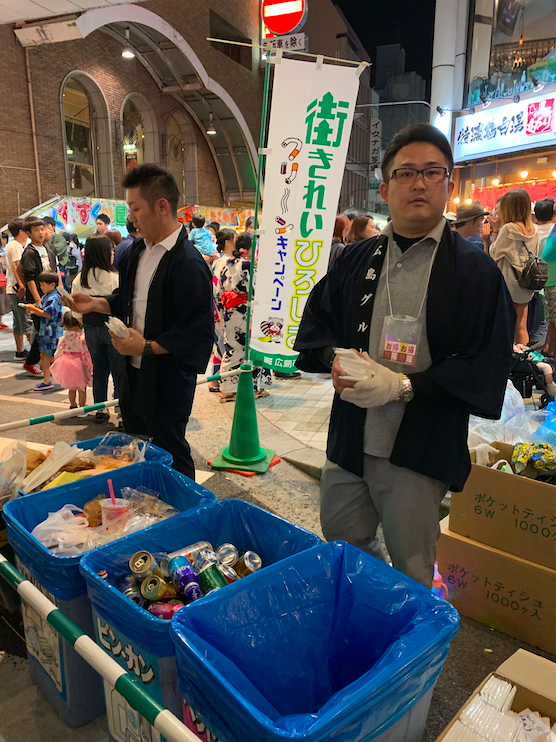 One interesting example of the Japanese attitude toward waste disposal that I observed was at the Kimono festival in Hiroshima. There were tens of thousands of people in the streets, purchasing food items from street vendors, which caused an overflow in the already strained and limited garbage cans. At the center of major intersections, they had large disposal containers set up with employees stationed in front. You’d hand them your garbage or recycling, and in exchange, they gave you a cute plastic wrapped (ironically) napkin with the festival logo on it. This system was literally rewarding people for properly disposing of their trash and seemed very unlike anything you’d encounter in America. 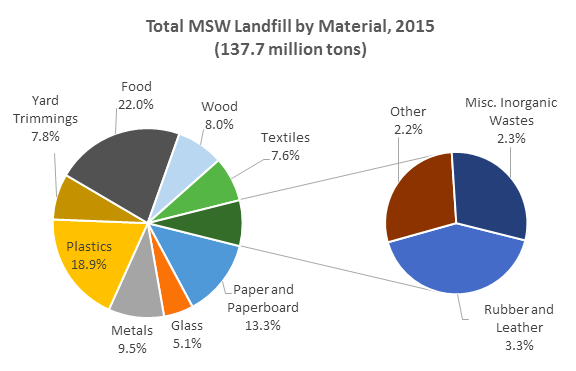 Percentage of landfilling materials reported by the US EPA in 2015

Ultimately, each country’s waste management system is influenced by its efficiency, convenience, and the culture of the people it serves. Japan’s geography and cultural identity has helped shape its MSW disposal program into an effective and relatively sustainable system. If we want to improve our waste management practices in the United States, we will likely need a cultural shift to spark a trend toward reducing waste production and developing landfill alternatives.