Effective transit transportation must be convenient, reliable, affordable, and enjoyable. Japan’s transit systems meets all of these criteria. There is a train station within walking distance in Tokyo, which allows the people of Japan to get anywhere in the city without the use of a car. Whereas in Atlanta, the chances of a station being near you or near your destination are very low, often causing the passenger to have to take multiple modes of transportation or walk long distances. The Japanese transit system is reliable. The trains always arrive on time within the minute and frequently serve stations. In cities like New York, there is a higher reliability rate, but in Atlanta, the MARTA is not as frequent and late up to 5 minutes. The Japanese transit system ensures that the passenger has an enjoyable ride. The cleanliness of the trains is unmatched. Every train car and train station is clean and well kept. Unfortunately, there have been far too many times within any transit system in the US that has smelled of human urine. With MARTA, the system is not convenient, reliable, affordable, nor enjoyable for the entire population of Atlanta. However, the transit system in Tokyo is equitable and accessible by all of its inhabitants. 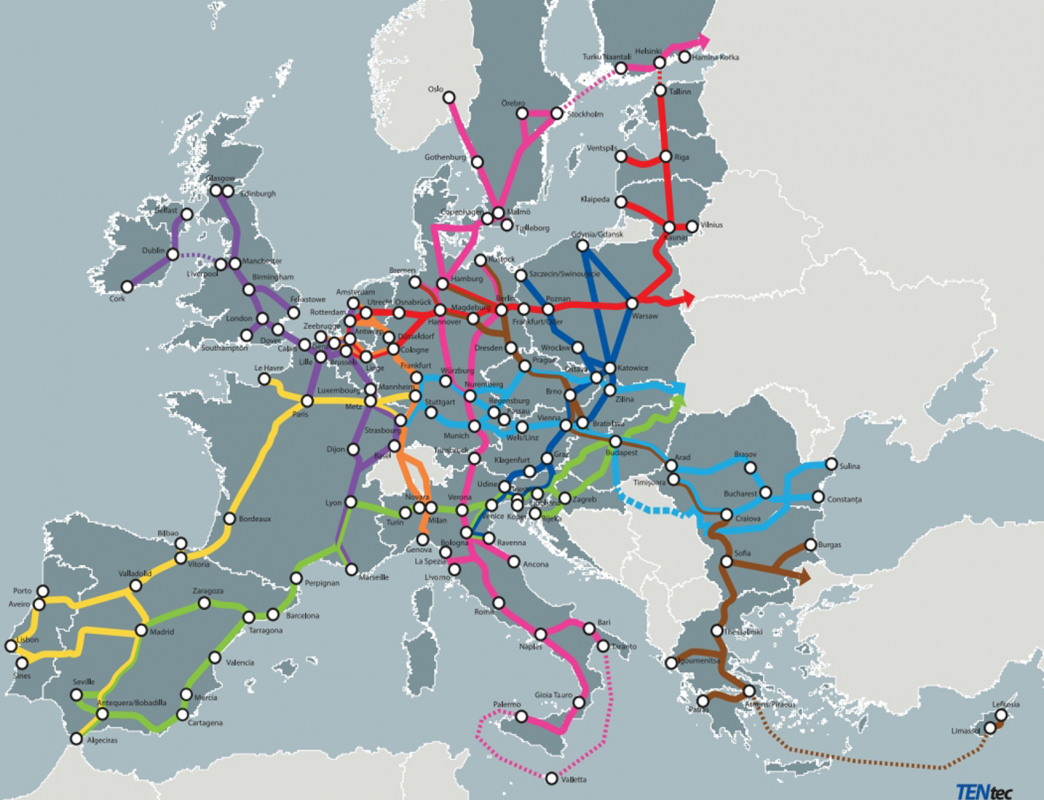 However, Rail companies in Japan such as the JR East do prioritize and understand the importance of sustainable transportation. JR East is a Japanese company that has created the rails that span over the country side of Japan as well as metro Tokyo. They have a research facility that focuses on the safety and engineering of new technology as well as the human experience of their trains and stations. They are creating ground breaking innovations such as train break pads, single-hinged catenary wires, and battery powered mixed electric trains to name a few. Not only does JR East create innovative engineering solutions, they are also dedicated to researching the development and reduction of environmental loads with building more energy efficient power plants, more renewable energy sources, sustainable building systems, and energy saving snow removal. Even though JR East is focusing on more sustainable transportation with innovative solutions, they still have the passenger in mind. They also test the visibility of their signs depending on the height of the ceiling. They are also researching more ways for the person to scan by just walking through the gates. The facility is consistently looking for ways to make the ride more enjoyable and easier on the passenger through innovative technology. Much like the rest of the Japanese transit system, JR East has the passenger in mind and ensures they are comfortable and safe. JR East’s efforts are a part of Japan’s sustainable transit system and help make Japan be an inspiration for the United States to emulate. 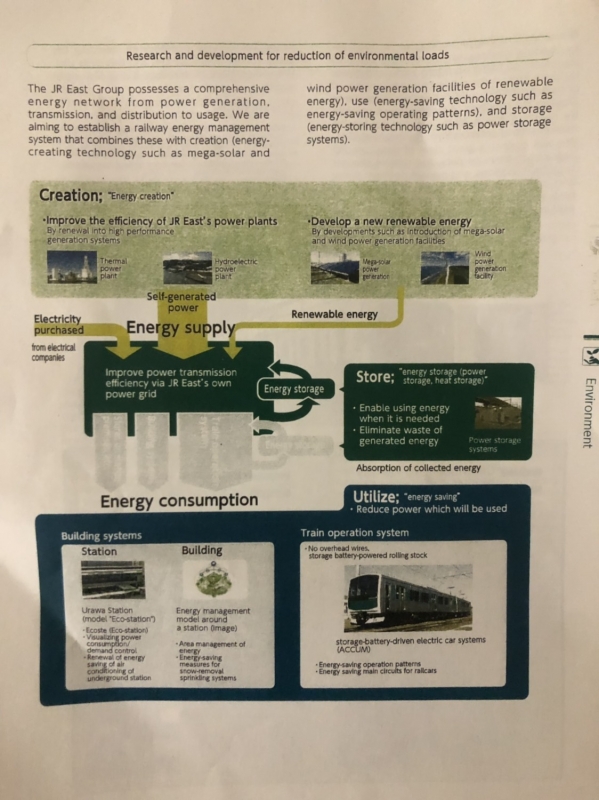