There are 1243 incineration facilities in Japan while there are 86 in the United States. However, geography has probably been the greatest motivation for Japan to create the high energy efficient generators that they have now. Japan has limited land space compared to the United States. In the 1960’s, as Japan’s waste generation and population began increasing, they began looking at options that would reduce the volume generated, and the solution was found in burning it. For the same reasons of limited land space, they needed to ensure that these facilities would be safe and accepted near residential and commercial districts. Thus, they were pressured to create the proper technology that would filter the toxins and make it the surrounding areas safe and habitable. For example, in 2011 near Shibuya Station, one of the busiest stations in the world and a highly densely populated commercial and residential area, a highly efficient incinerator was built with technology that filtered out any harmful pollutants right in the middle of this densely populated metropolitan area. Limited land space forced Japan into creating innovative and creative solutions in order to provide habitable spaces for its people.

On the other hand, in the United States, space is not an issue. Land is available and at a low cost. The United States does not have enough economical motivation to create these highly efficient and filtered technological facilities. They can place landfills in rural areas and not have to worry about affecting highly dense populations. Granted, landfills can often affect the people around them. \

Not only does land capabilities differ for both Japan and the United States, the public perception is important when making these decisions. The only way for the Japanese move forward was to have a positive and trustworthy perception of the safety and health hazards of the incinerators. Incinerators are accepted by the public so more investments in the technology can be made. That is how an incinerator is now in the middle of Shibuya as shown in the Figure below. In the United States, incinerators are not a form of waste management that is accepted by the public at large. 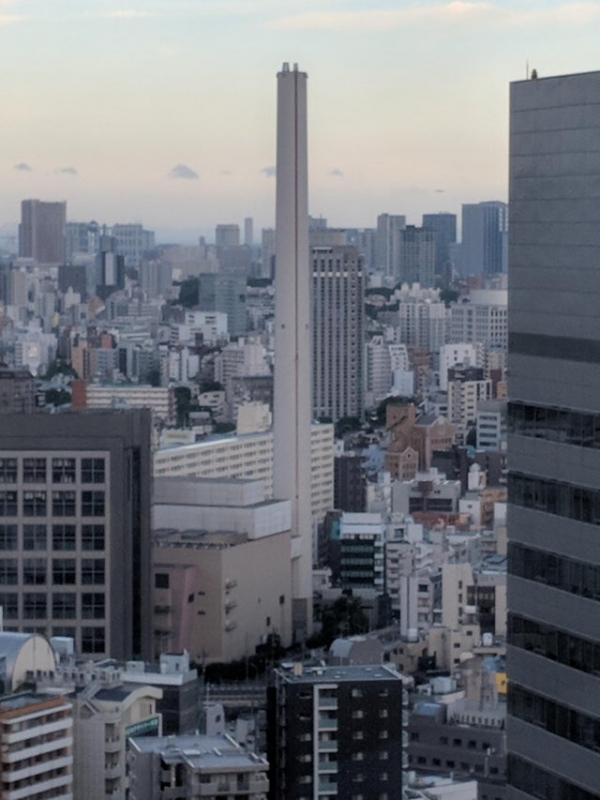 The United States and Japan tackle their waste management differently because they have been presented with different challenges.