Disposing Waste in the US and Japan: Is Either Way Right?

Since being in Japan, I have noticed many differences in the ways trash is handled as compared to the US. One of the first things I noticed was that there seem to be hardly any public trash cans. So, when someone eats a candy bar, for example, they must carry around the wrapper all day until they find a trash can, or more likely, until they get home and can dispose of it in their personal waste bin. There are few options for disposing of trash when in public. However, more frequently, there are places where plastic bottles can be recycled, such as next to vending machines.

In contrast, in the US, trash cans can typically be found on every street corner on city streets. It is much clearer how to dispose of trash when in public spaces in the US because at any point when in a city, there is probably a trash can located no more than a hundred feet away from you. However, due to cultural differences, Japan is still a much cleaner country than the US is, because people are more responsible with disposing of the waste they produce properly. When I see a plastic bottle recycling bin in Japan, I hardly ever see anything that isn’t a plastic bottle in that bin. People here take great care in disposing of their waste in the proper bin. However, in the US, I constantly see recycling bins filled with miscellaneous garbage, and often, the recycle just gets tossed in with the garbage in the end anyway. 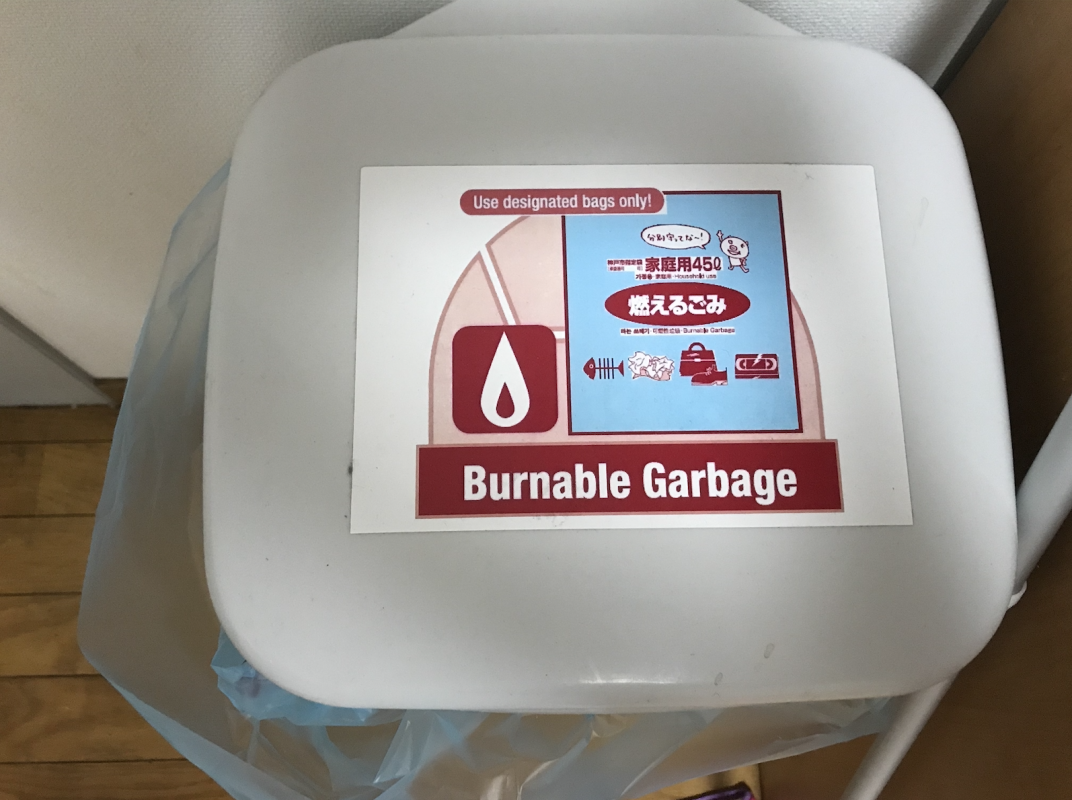 From both the readings as well as talking to my classmates, I have learned a lot about how Japan deals with waste. Garbage bins are often labeled “combustibles”, which describes exactly what happens – Japan burns their garbage. While burning garbage sounds unsustainable and bad for the environment due to the toxic chemicals that burning things can produce, Japan has made great strides in reducing dioxin emissions since 1997. They have created a filtration system that removes toxic chemicals from smoke before it is released into the atmosphere, making their process of burning garbage more environmentally friendly. In the process of burning waste, Japan also creates electricity with the energy produced from the combustion reaction. This is a more sustainable model than just burning garbage because some of the energy that it takes to burn the goods can be recovered and reused.

Another difference between Japan and the US is the goods that are recycled. In Japan, many plastics are recycled, including thin food wrappers and plastic cups. However, in the US, I have only ever seen plastic bottles or sturdier plastic containers being recycled. On the flip side, in the US, it’s normal to recycle paper and cardboard, whereas here in Japan, they don’t try to recycle paper and instead burn it. 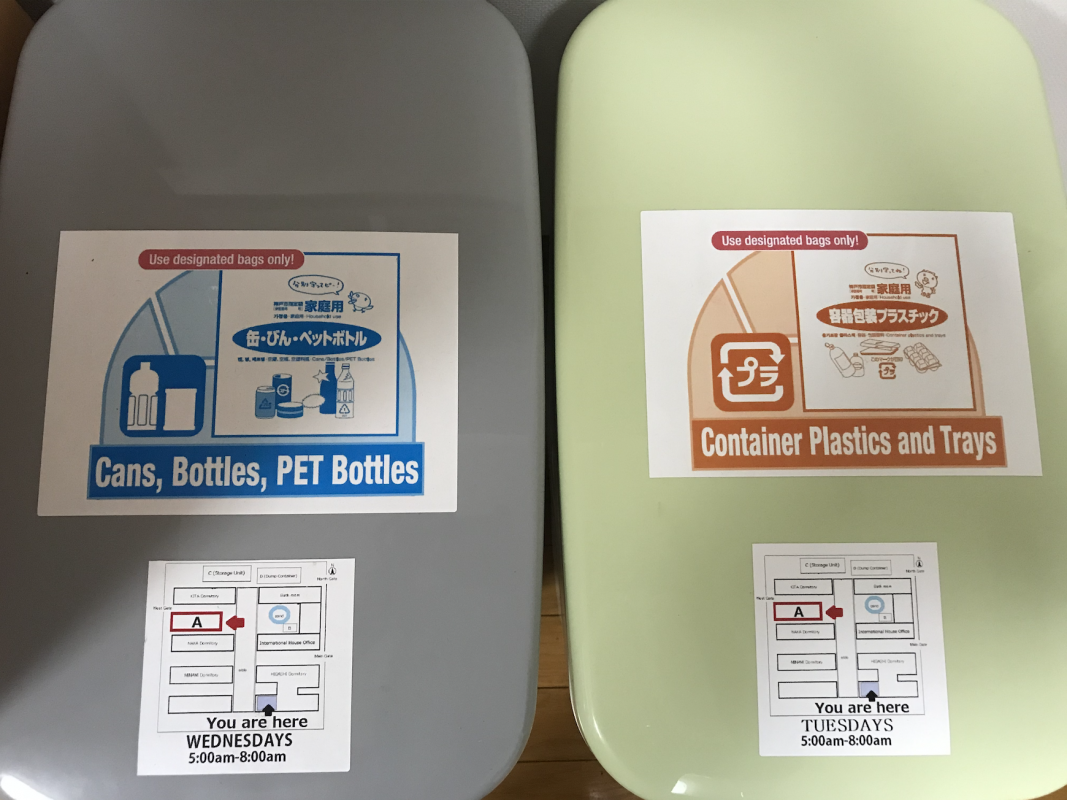 In any case where recycling occurs, the size of the waste stream is reduced. Japan seems to have an overall smaller waste stream than the US, because they get rid of garbage by burning it and diligently recycle plastics and cans. In the US, the waste stream is larger because we often just throw everything into a landfill and let it rot. The fact that the US is a larger country with more land area probably contributes to this, because Japan doesn’t have the space to create piles of garbage. So, this encourages Japan to be wiser about waste disposal. Although Japan’s waste disposal practices appear to be more sustainable than those in the US, from my perspective, neither are the optimal method. While Japan still harvests some energy from burning garbage, they still lose the raw materials that were burned with the goods. They could have recycled the burned paper and composted the burned food, which is especially something to consider in a country with limited natural resources. At the same time, the US could recycle far more packaging plastics and be more diligent about recycling the things we already try to recycle, such as paper, bottles, cans, and other goods, instead of lazily throwing it all in a landfill. 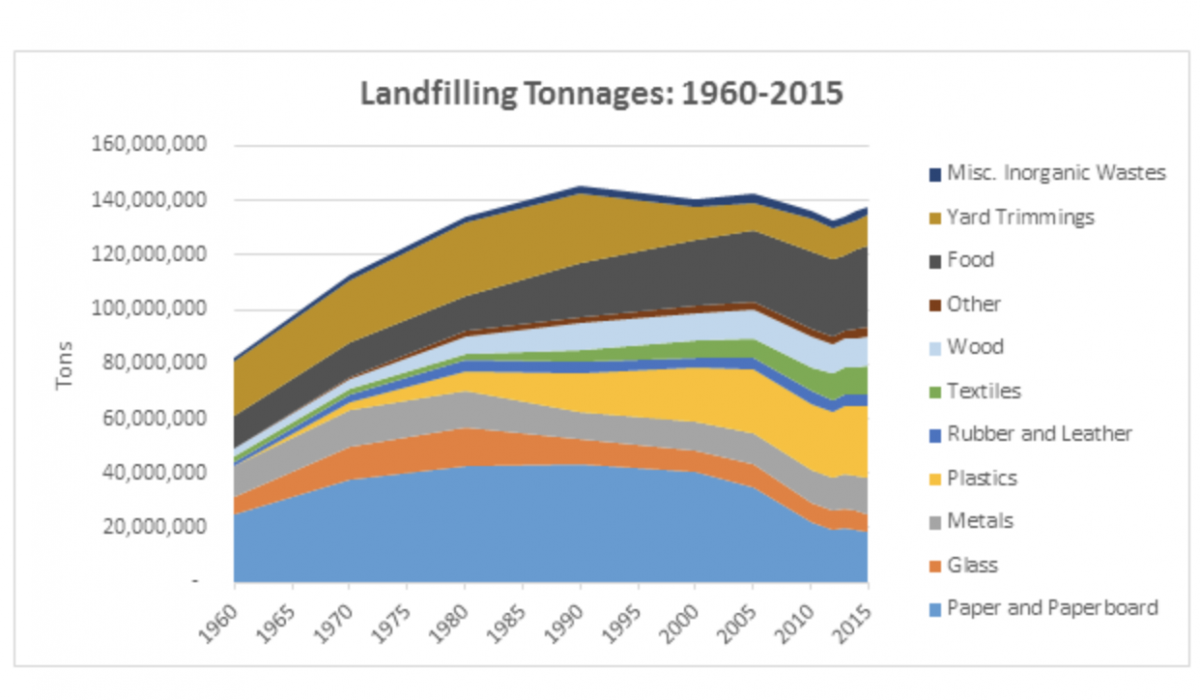 Many factors influence the waste disposal practices of Japan and the US. The size of the country as well as cultural norms both seem to have a large effect on waste management and recycling practices in both places. However, I also believe that since both nations are rich and highly developed, they can afford not to think about the most sustainable way to dispose of waste and can be more careless about wasting raw materials. However, this is not a sustainable approach to waste management, and I believe at some point, both countries will need to reform their waste management systems.