Japan mostly uses incineration to deal with municipal solid waste (MSW) while the US mostly uses landfills. Out of all the OECD countries, Japan has a very low percent of recycling waste and the US recycles more of their trash than Japan. Both Japan and the US use their MSW disposal systems to help generate electricity. I will talk about the environmental and cultural differences that I think have influenced waste management policies of Japan and the US. 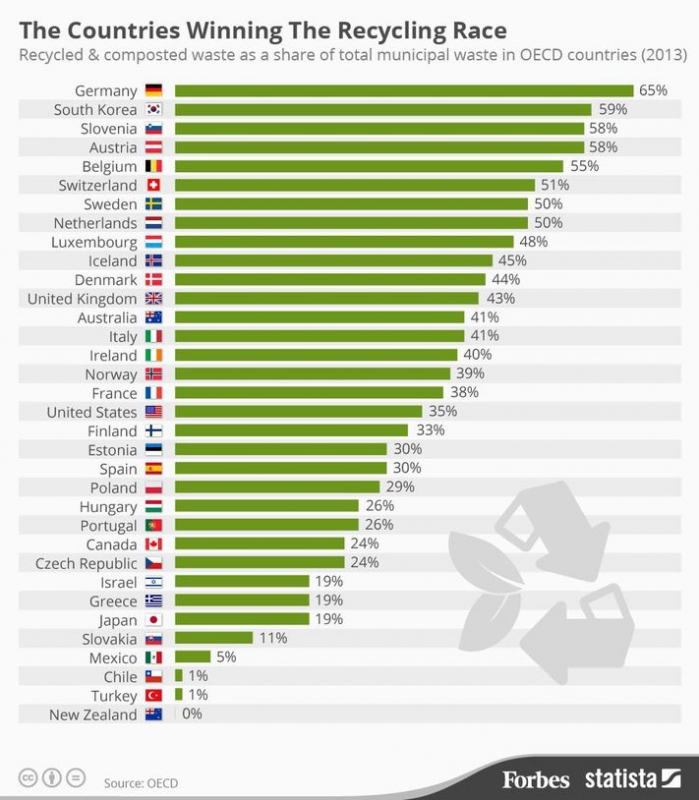 Percent of total municipal waste that is recycled or composted in OECD countries. (Image taken from Forbes)

Japan is a small island country where only about 14% of the land is flat enough to be usable. This lack of space in the country can explain why it would rather incinerate MSW instead of storing them in landfills. The US, on the other hand, has a lot of abundant space and is about 26 times the size of Japan. The abundance of open space can explain why the US uses landfills since it has the space to do so. 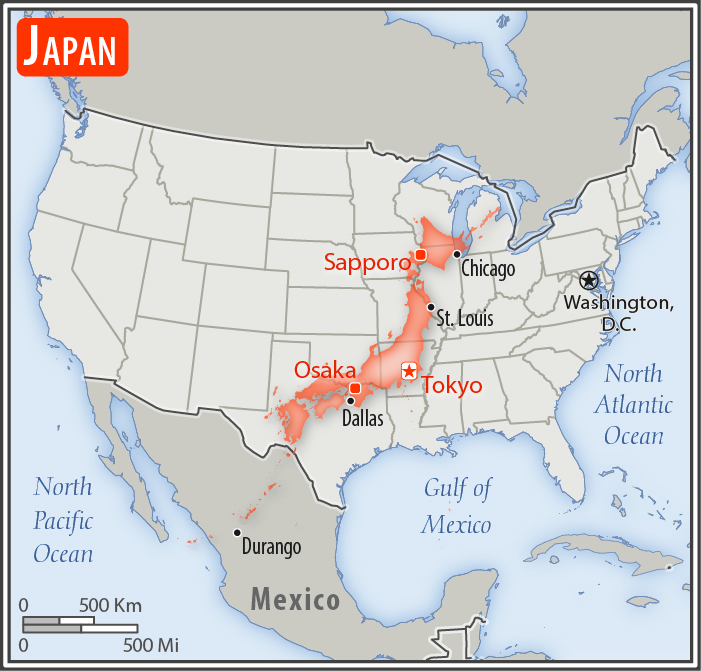 Japan overlayed on the contiguous US. The size difference between the two countries is emphasized here. (Image taken from The World Factbook- CIA)

Japanese shame culture plays a huge part in why Japanese cities are often spotless. I remember walking in a train station of seeing a Japanese teen picking up someone else's trash that was dropped earlier, I do not think that I would ever see anything like this in the US. Japanese gift exchange culture produces a lot of waste for the country that is often incinerated.