In a major city like Amsterdam, where people are rushing around to various destinations, it is crucial for the Dutch to integrate their public transportation system with their bicycle network. Public transportation, like trains, trams, and buses, allow people to travel long distances that would be difficult on a bicycle. At the same time, a safe and easy bicycle network complements these PT systems by providing more efficient travel for the “last mile” of their trips. Even though Amsterdam is the largest city in the Netherlands with the most tourism, it is not the only one to integrate transit and bicycles. All cities that our class visited had several similar designs to accommodate its residents.

Many elements have been incorporated by the Dutch to integrate their transit system and bicycle network. For instance, trains have bicycle cars to allow users to bring their bikes on board. When part of our group biked to Houten in the morning of our class site visit, we were easily able to take our bikes back on the trains in the evening. Some bicycles are even designed to fold up, as seen in the image below. This takes up half the space of a normal bicycle, which is easier for the user to manage and less irritating to other passengers on board. 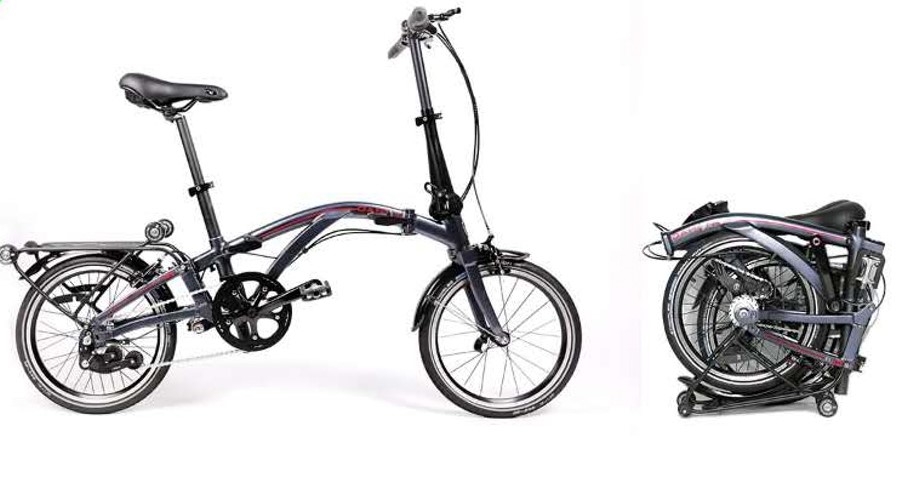 Similarly, bikes can be brought on trams and buses as well. As seen in the image below, trams have hooks to stabilize bicycles. And buses will have front racks to accommodate bicycles. 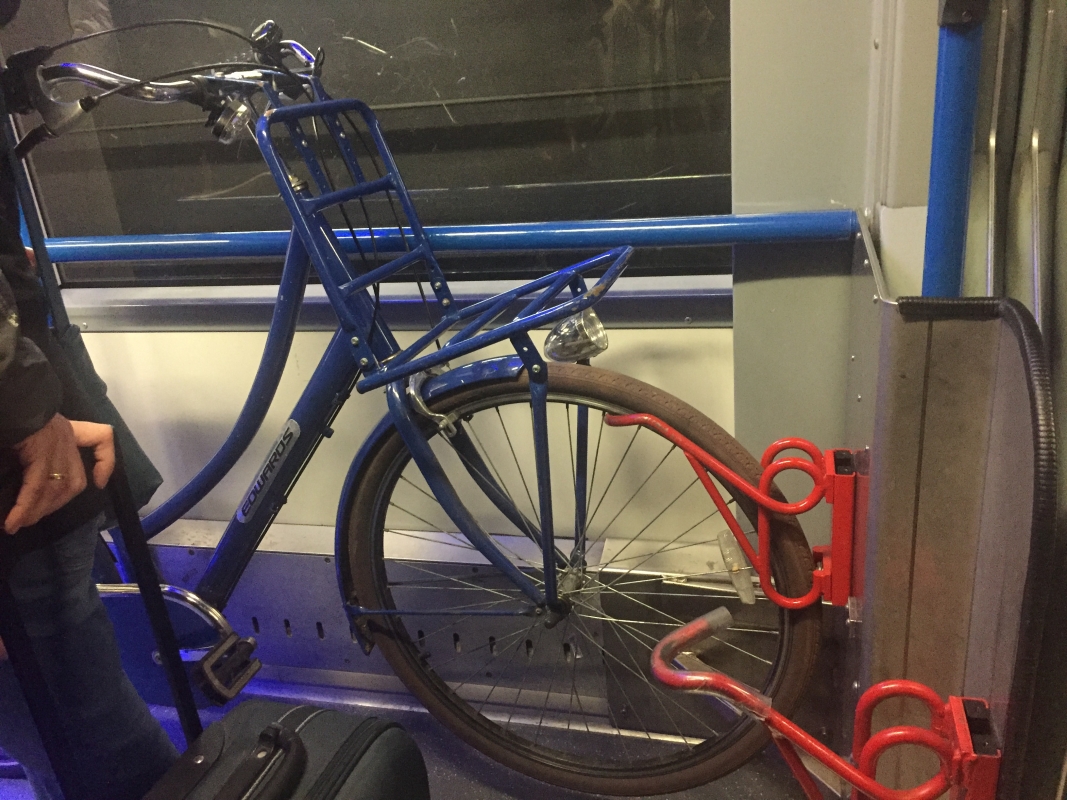 Several transition designs have also been developed for the Dutch people who want to ride to a station, but who do not want to deal with the complications of bringing their bike on board public transit. Easy access to bicycle parking and storage is the most common transition design. While Americans are in need of more car parking near transit lines, the Dutch appreciate more bicycle space near public transportation. In every city that our group visited, large spaces for bicycle parking were conveniently located right next to the major trains stations. This allows efficient and inexpensive transitions between both systems, which save valuable time and money for Dutch bikers who can easily park their bikes, and then transition to transit (or vice versa) within minutes. And these spaces will always be able to accommodate more people that a similar structure built for car parking due to the size difference. Additionally, bike share programs are becoming popular at train stations for large cities. In Utrecht, it only costs four euros to rent a bike for the day.

The Dutch measure transit performance based on efficiency, frequency, and reliability. Many people have different needs for travel. Some need to bring their bicycles with them to their destination, while others need parking space near to stations to leave their bicycles. The transition and integration of transit and bicycles satisfy several different needs to make transportation efficient for the users. Public transportation is also frequent and reliable. This was evident several times when our group split apart intentionally or not. We were always able to find each other or our destination when needed due to the reliability of the transit system and within a short timeframe due to the frequency of the transit line connection. Therefore, the performance of the Dutch transit system is highly responsive to the needs of the public.