Initial Assessment of Biking in the Netherlands

The first day biking in the Netherlands was surprisingly difficult. I think part of that had to do with the wind we experienced in the morning and it being the first day faced with 25 miles of biking, but a lot of the intersections were not what I had expected. I found that the intersections we went through did have vehicular traffic prioritized, whether it be that bikes were yielding to cars or that the bike signal was shorter than the car signal. That being said, we were in rural areas and there were bike signals. That’s not anything you’d experience in the U.S. We barely have bike signals in the United States, much less in less populated areas.

On the roads themselves, most of what we experienced was pavement with no markings and enough space for a car and bike to pass each other with little other space (imagine about 8 feet of plain pavement). Vehicle speeds were much slower that in the United States, and vehicles always had to wait to pass bikes, giving the bicyclists the right of way. We also biked on multi-use paths, which were very similar to the BeltLine in Atlanta, except there were more bikes and less pedestrians. Below shows a picture I took on our way out of Delft on a road with one-way bike and vehicular traffic with no centerline. 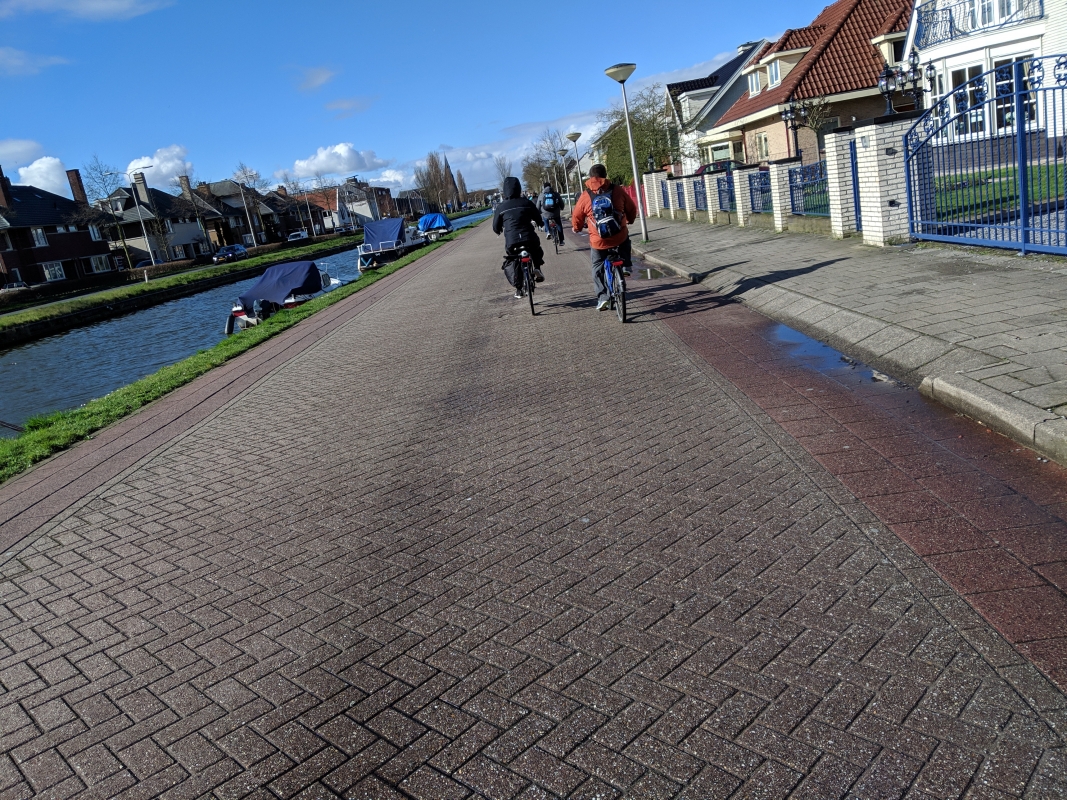 Today, our second day biking in the Netherlands, I realized that the biggest difference in Dutch bike infrastructure versus American is that there is always a dedicated place for bikes or there are very slow vehicular speeds (think 6-10 mph). Every street in Delft has some sort of bike accommodations or alternative route for bicycles, even if it is just a regular, American-like bike lane. One aspect of the Dutch design that stood out to me was that every street was different based on the available space, needs of the nearby housing or businesses, and goals for the road. In some places, there were two-way cycle tracks, other areas had advisory bike lanes or bike boulevards, and still other areas had other designs. The Dutch also did this with intersections, as we saw protected intersections, roundabouts, two-step left-turns, bridges, tunnels, and other solutions. Here are some pictures of the designs we saw. 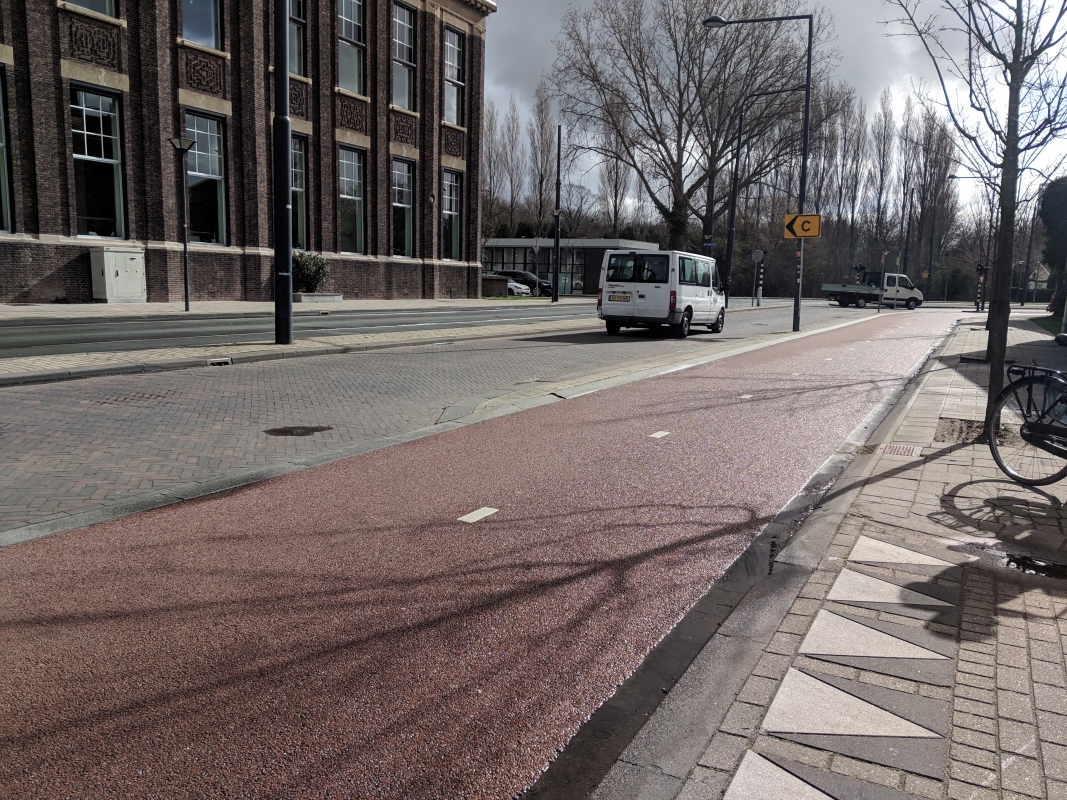 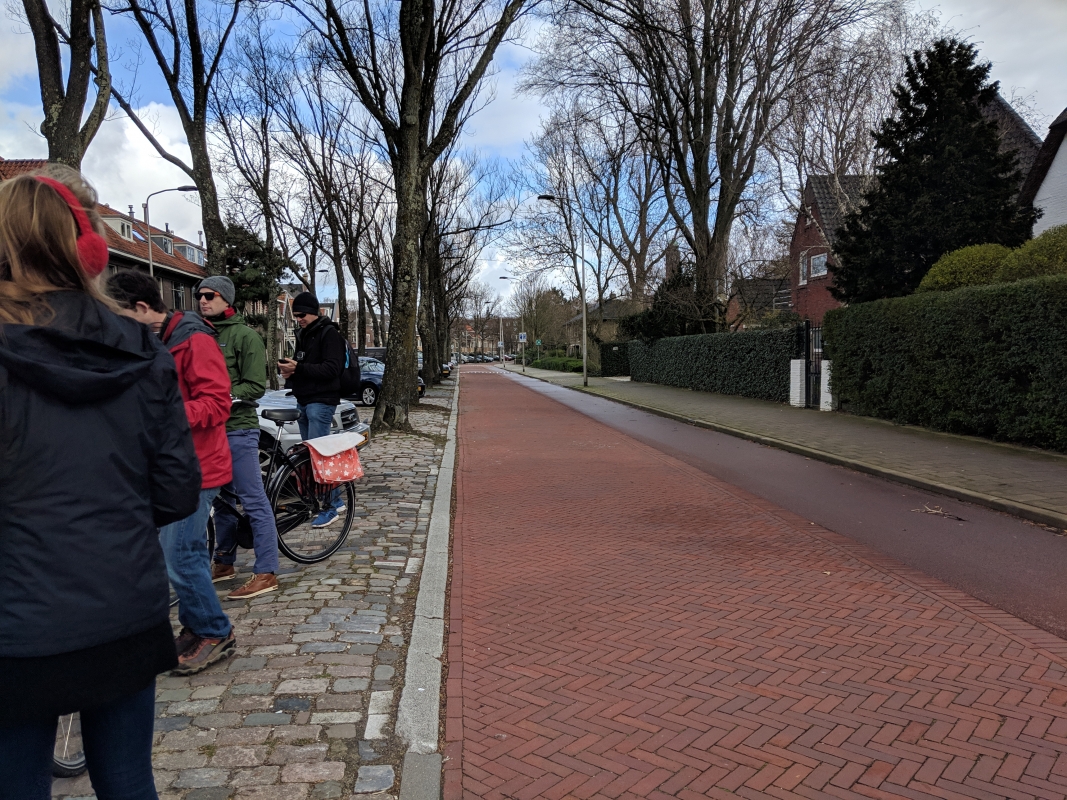 Figure 3. One-Way Lane with Brick Pavers for Vehicles and Asphalt for Bikes 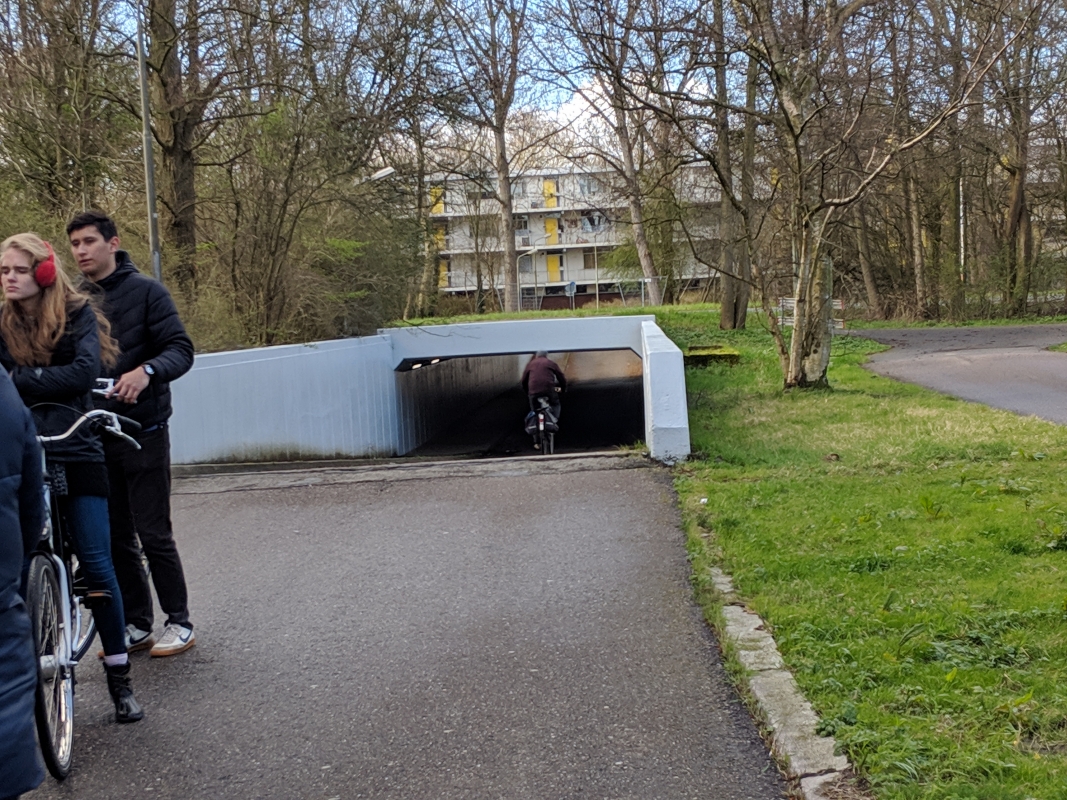 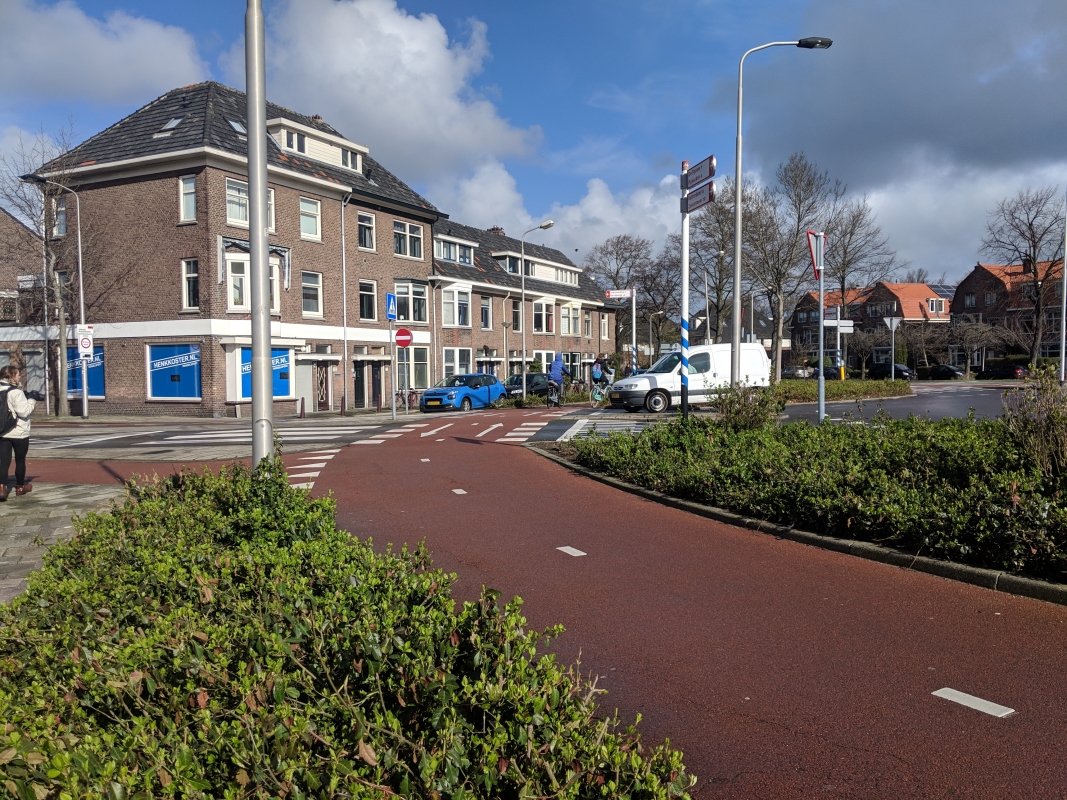 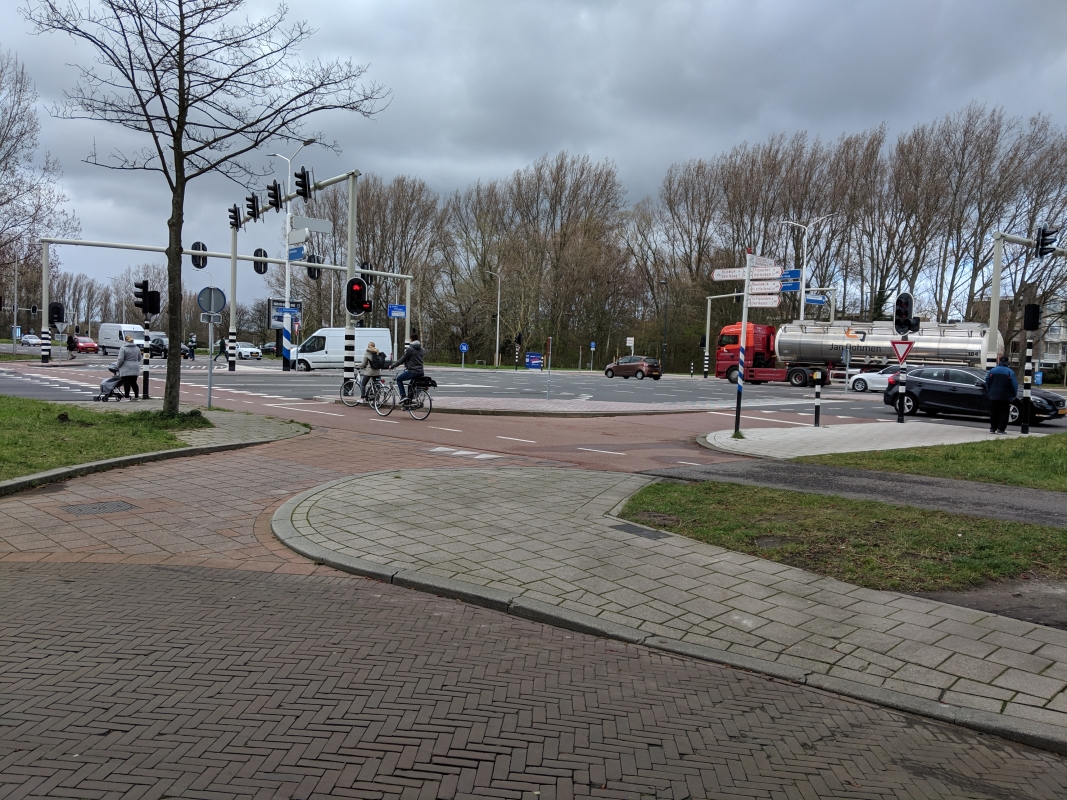 Overall, it was easier to bike in the Netherlands compared to in the United States because your brain didn’t need to always be “on.” What I mean by that is that in the Unites States, when you bike you always have to be looking around, checking for traffic, making sure a car doesn’t hit you when it turns right, and generally thinking more about your route. In the Netherlands, it was much easier to carry on conversation and relax when biking because there are less stressors and you can turn at almost any intersection and bike infrastructure will be present. The only time you really have to pay attention is at intersections.

As a culture, you can tell that biking is integral for the Dutch. Bike parking is everywhere and you see all ages biking… young, old, and everything in between. The Dutch also bike in much more comfortable and normal clothing compared to in the United States. While we saw people in exercise gear on racing bikes biking Sunday morning (which I think was for exercise on their day off from biking to work), in Delft, I saw many people on their bikes wearing their everyday clothing.