In the 1970s, Houten, like many other cities in the Netherlands, transformed its streets to incorporate protected bicycle infrastructure. However, Houten went a step further in its designs by creating a unique inner core that is completely bike-oriented. Although this was not the original goal for the community, instead it was proposed as a “Livable City” that was centered around the idea to create a pleasant and safe atmosphere for its residents. Therefore, cars were taken out of the equation, which left biking and walking as the main forms of transportation. A “ring road” for cars was built around the city boundary, but no cars are allowed within the center. Since biking is the most common form of transportation within the city, planners designed the layout to make sure that cyclists were given direct routes to their destinations. For example, bridges and tunnels were built to allow bicycles access over or under areas with highly dangerous car traffic near the Ring Road as seen in the image below. This allows cyclists to safely bike past cars without stopping. 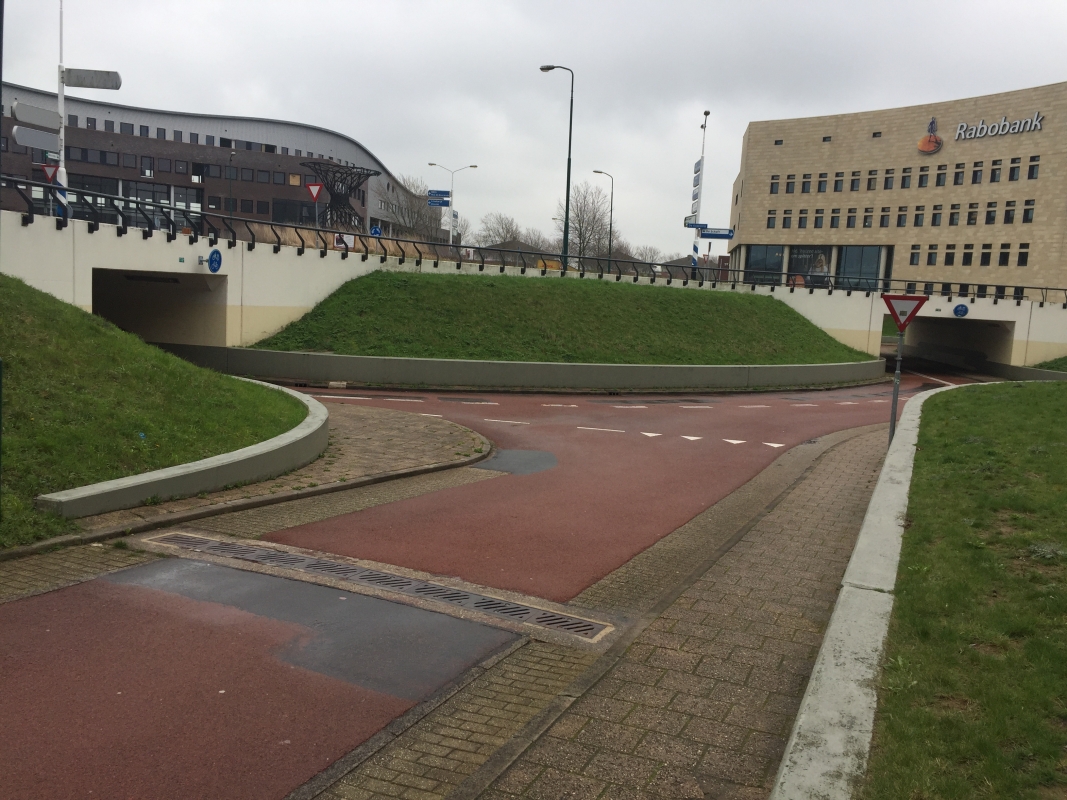 This approach in design has created a better quality of life. Not only is it safer for the public, but this design also creates less air and noise pollution within the city center; it allows neighbors to live closer to each other and live closer to desired destinations, such as schools, stores, and markets, without constricting their livable space; and it is more economical to create and maintain bicycle infrastructure.

Vision for the United States

While there are numerous benefits to Houten’s design approach that are desirable, it is unlikely to see a similar project in America, but not impossible. Houten has taken several decades to develop into its ideal structure. And its progressive designs were conceived at a time when the town was small, and when the Dutch people all across the Netherlands were demanding more bicycle infrastructure. Houten is also reliant on public transportation since it has two train stations within its boundaries. These combined factors are not commonly seen in modern-day American cities. Many suburbs with public transportation access to bigger cities are already well-developed with major roadway infrastructure for cars. And the United States is not currently facing a huge public outcry for better bicycle infrastructure, like the Netherlands experienced in the 1970s. However, this approach is not impossible to create. City Planners in America are already developing New Urbanism designs, like the creation of Seaside, Florida. This design focuses on creating a more connected and pleasant community for pedestrian accessibility. While New Urbanism designs intend to eliminate cars, similar to Houten’s approach, they prioritize walkability over bicycle transportation. Additionally, there are many Dutch-inspired protected bike lane designs taking root in cities and towns across the country. For both of these reasons, it is possible to imagine a city like Houten in America, but it will only occur if there is public demand for biking.