In the 70s, Houten was tasked with expanding itself from a town of a couple thousand to tens of thousands in a relatively short amount of time. Urban planner Robert Derks took on this task but wanted to completely reinvent the wheel. By reinvent, he really just wanted to go back to a time when streets were safe and children could be trusted to get to school on their own. So the modern Houten was born.

While a car can go to anywhere in Houten, its infrastructure heavily discourages it. Houten is surrounded by two ring roads in much the same style as the ring road that connects Amsterdam, the Haag, Rotterdam, and Utrecht. They are the only way to get to places within Houten by car as there are no roads going through either of Houten’s city centers. There is only one exit from Houten onto the highway as well. Instead of cars, residents are empowered to get around Houten via bike, feet, scooter, etc. There is an extensive network of cycle paths that connect everything in the town. There is also a rail line that goes directly down the middle of the town, although this is more for going between places outside Houten.

Figure 1: Houten's intersection that takes cars to the highway. 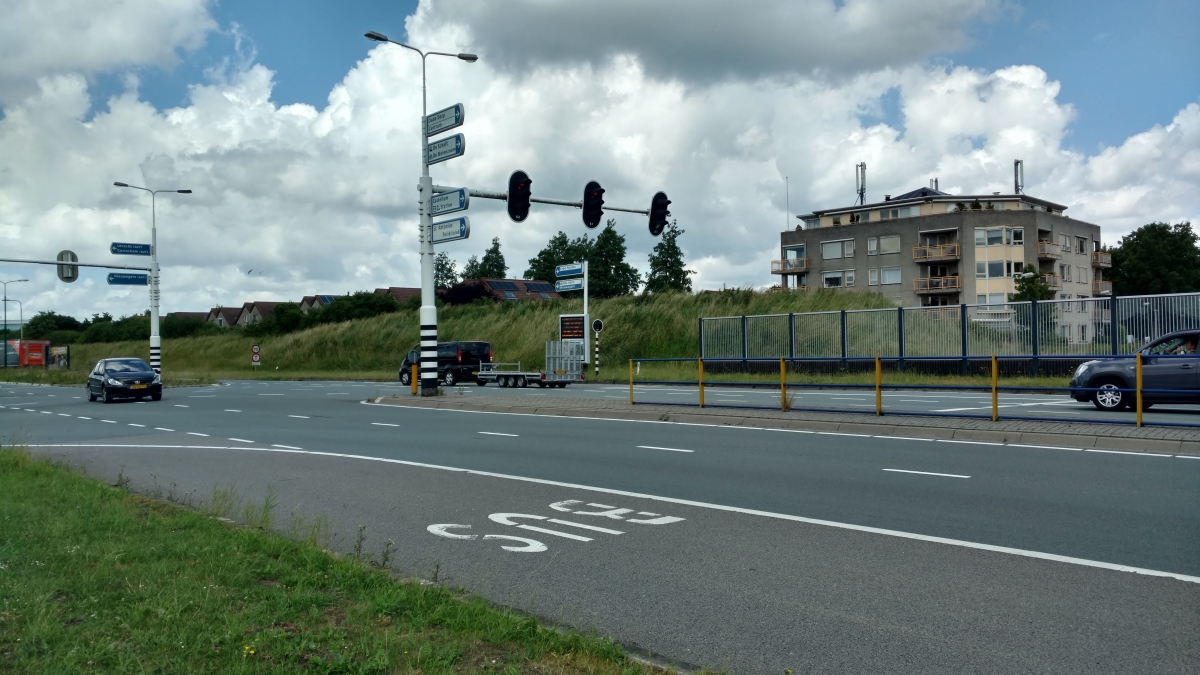 Houten’s bike routes might seem daunting at first. Relying on google maps or shear force of will will surely get you lost. The streets that cars are allowed on are weird and branching by design. The town’s bike trails are dividing up into several different routes are delineated by color. So long as riders follow the signs, it is difficult to get lost. From a bike it is easy to tell when you have left the inner perimeter of Houten as the bike path will go under the ring road. This is smart design that lets children or directionally challenged people easily know where the boundaries are. 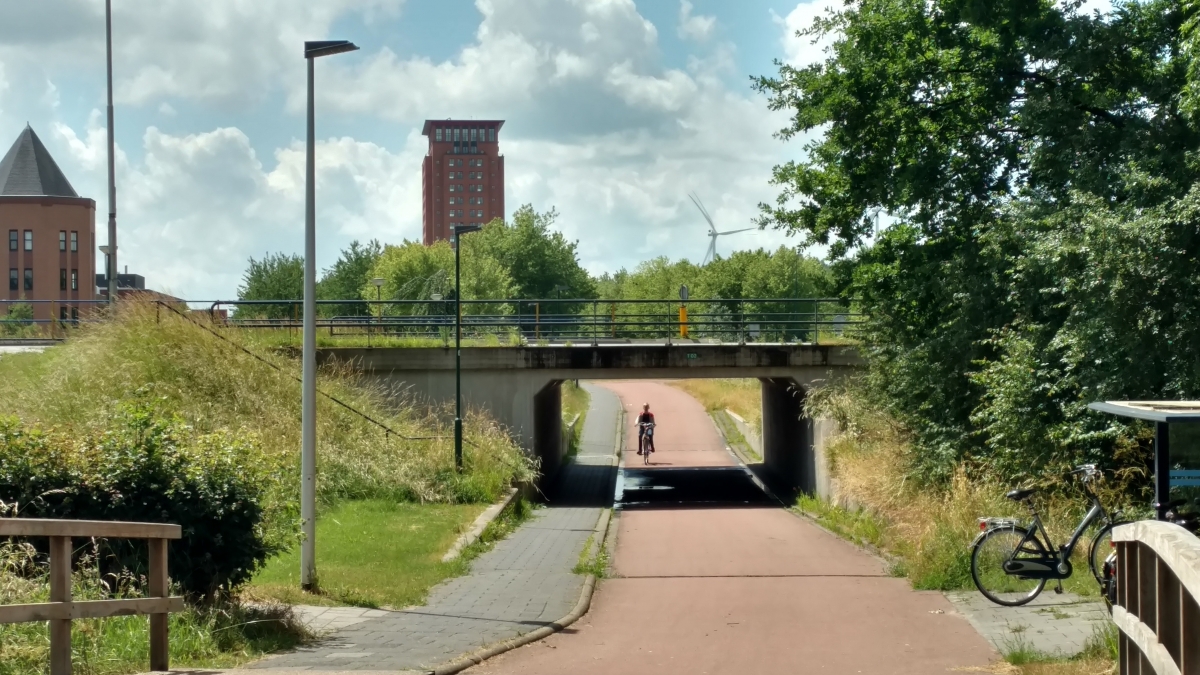 There are some issues with Houten though. Most notably is its high commute and driving modal share. See Houten is technically a suburb of Utrecht, a much bigger core urban area. With many in Houten being very well educated comes the desire for higher paying jobs that can only be offered by a city like Utrecht. Although Houten has a couple office buildings in it, it is not nearly enough. This results in a large portion of Houten’s population (around 2/3rds) commuting out of the city. The troubling part is the majority of these commuters go via car. With only one exit to the highway, there are frequent traffic jams. With two train stations with routes that go to Utrecht, it is strange that these car commuters make this modal choice.

Most troubling however is Derk’s reaction to this commute rate. Houten does not lack jobs, and Derk sees this as a reason for people to not commute out of Houten. This seems to ignore one of the biggest sustainability challenges of the future, urbanization. More and more people are moving to urban areas, and Houten is not urban. Derk’s solution might not be relevant as a result. It’d be interesting to see if Houten retains any of its youth after they graduate.

Overall, I felt that while Houten’s model of using green space to surround urban space is a novel idea that should be implemented into the cities of the future, I could never see a small rural town in the US being sustainable after this type of transformation. It works for Houten because of the Netherlands fantastic rail infrastructure. For the US, rural populations are too sprawled and accustomed to car infrastructure.