Houten planned their transportation and overall city design based on keeping their children and citizens safe. As Andre Botermans, our Houten lecturer, said today, “cars are enemies of human beings.” He meant this in that when vehicles hit a person, it doesn't tend to end well for the person  To maintain this goal of safety, Houten has limited vehicular traffic within the city and encouraged biking and walking to destinations. Houten considers itself less of a biking town and more of a “slow traffic” town. To discourage driving, Houten built a ring road on the outskirts of the town, as can be seen in the map below. This also was a way to discourage urban sprawl. Inside the city, a few roads enter the neighborhoods and lead to parking. Past these roads, none of the roads allow vehicles. Additionally, none of the neighborhoods have vehicular traffic connections to each other (instead there are cycling and walking paths between neighborhoods) and vehicles have to yield to cyclists and pedestrians within the ring road. In most cases, it's faster to bike than drive to places within Houten. 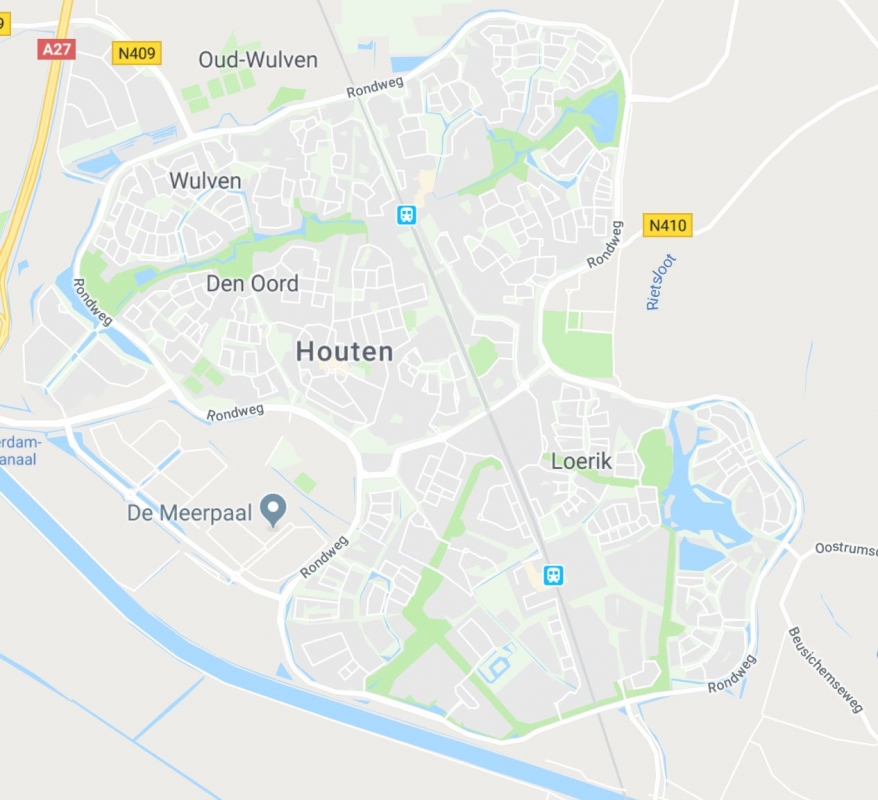 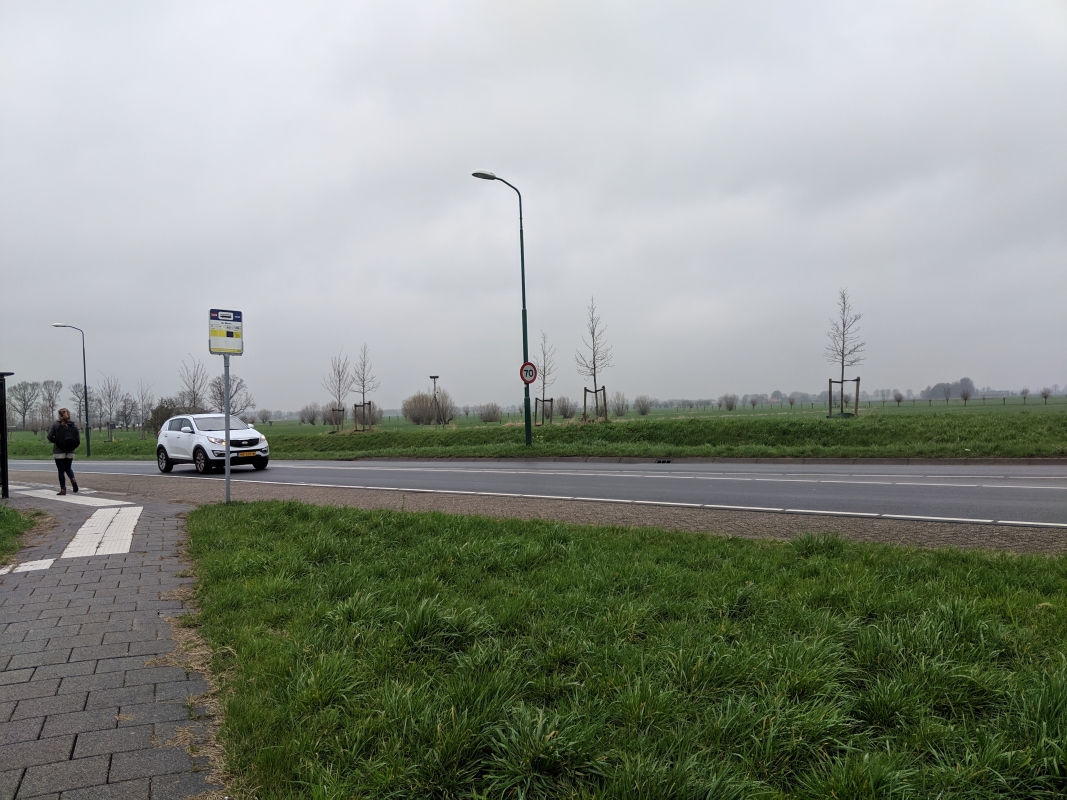 Figure 2. Ring Road Outside of Houten

Houten has two urban centers since it is basically two different towns that ended up connected by tunnels and bridges when more and more people started moving to Houten. One of the connections is a two-level roundabout with vehicles on the top and bikes on the bottom. In the north and south sections of Houten, there are urban greenways with bike paths through them, with the north greenway running east to west and the south greenway being shaped like a pentagon around the city center. There's also an extensive bike network going through all of the neighborhoods and connecting school children to their schools with easy-to-follow wayfinding signs with both colors and numbers to help you. Here are some pictures I took while biking through Houten below. 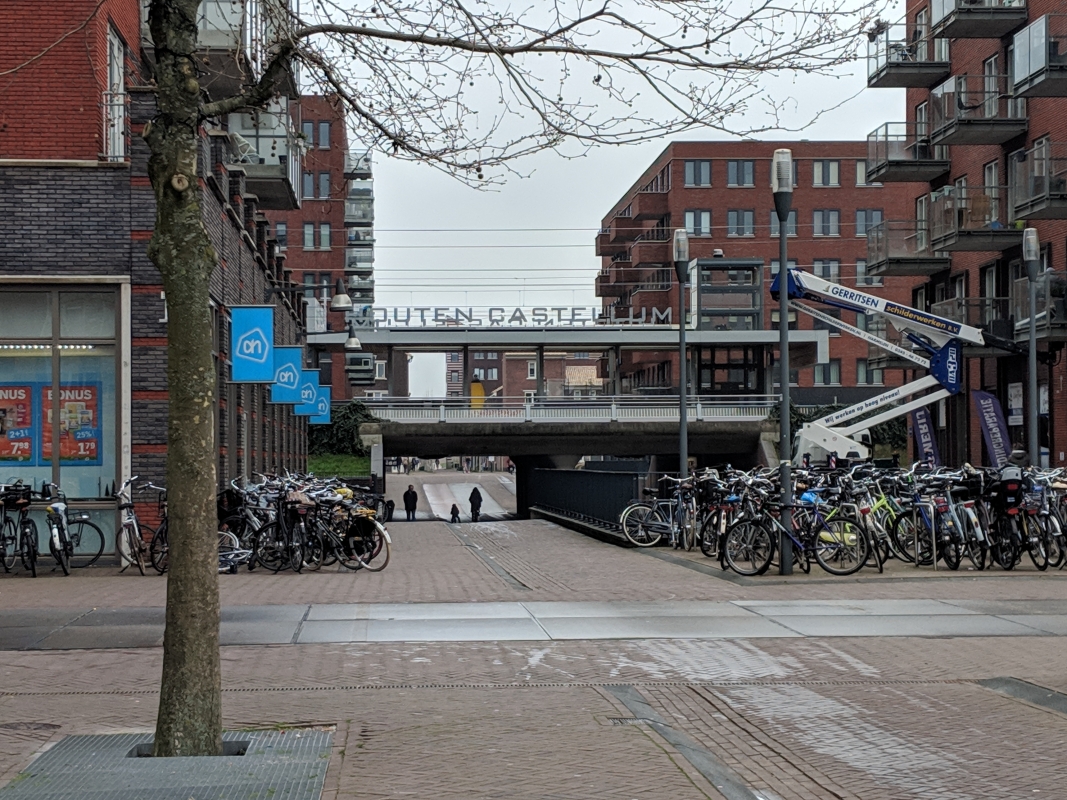 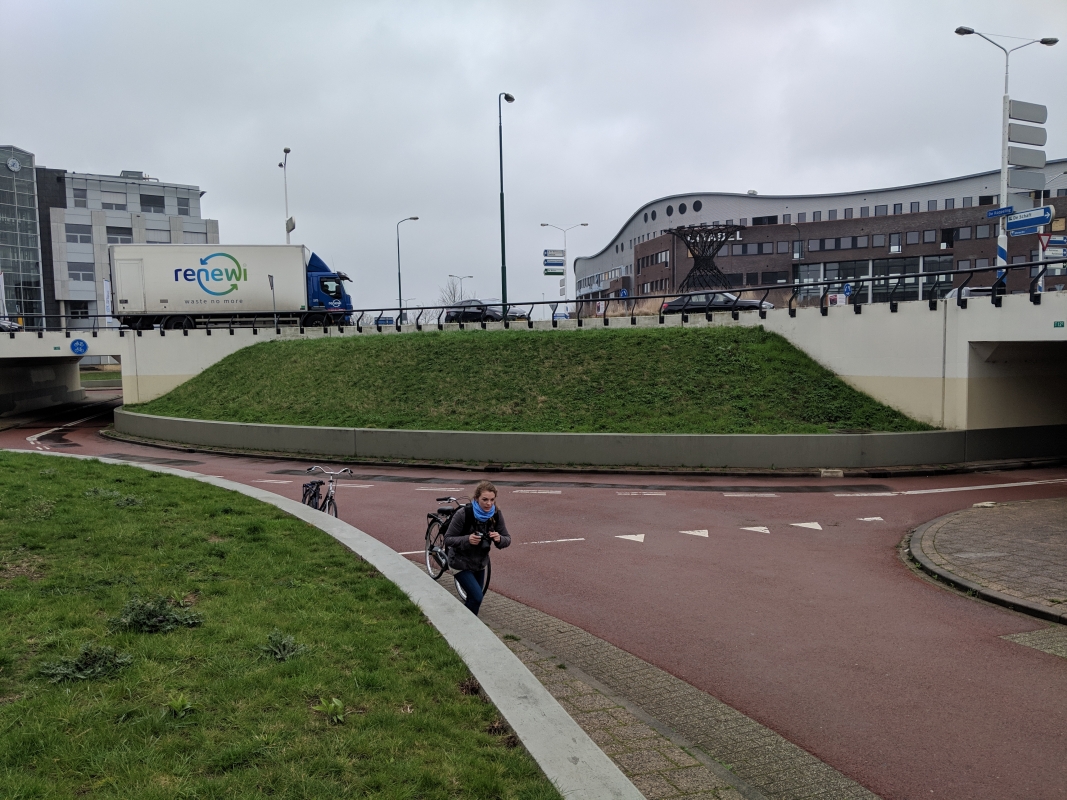 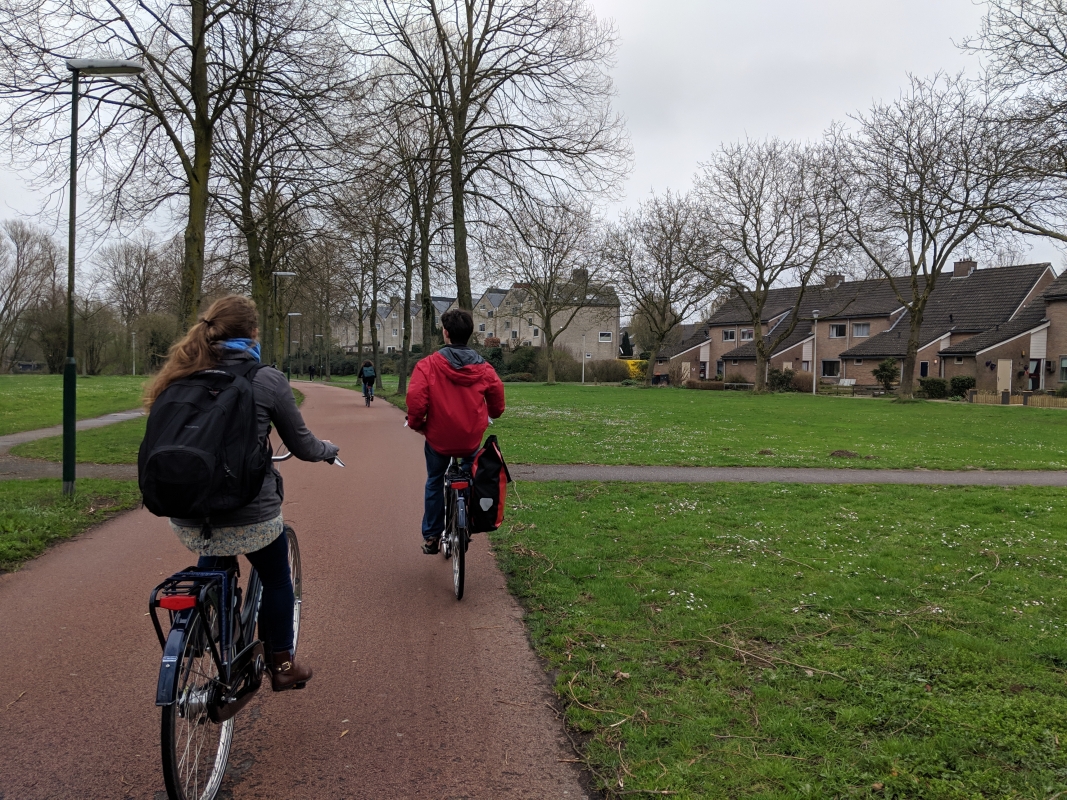 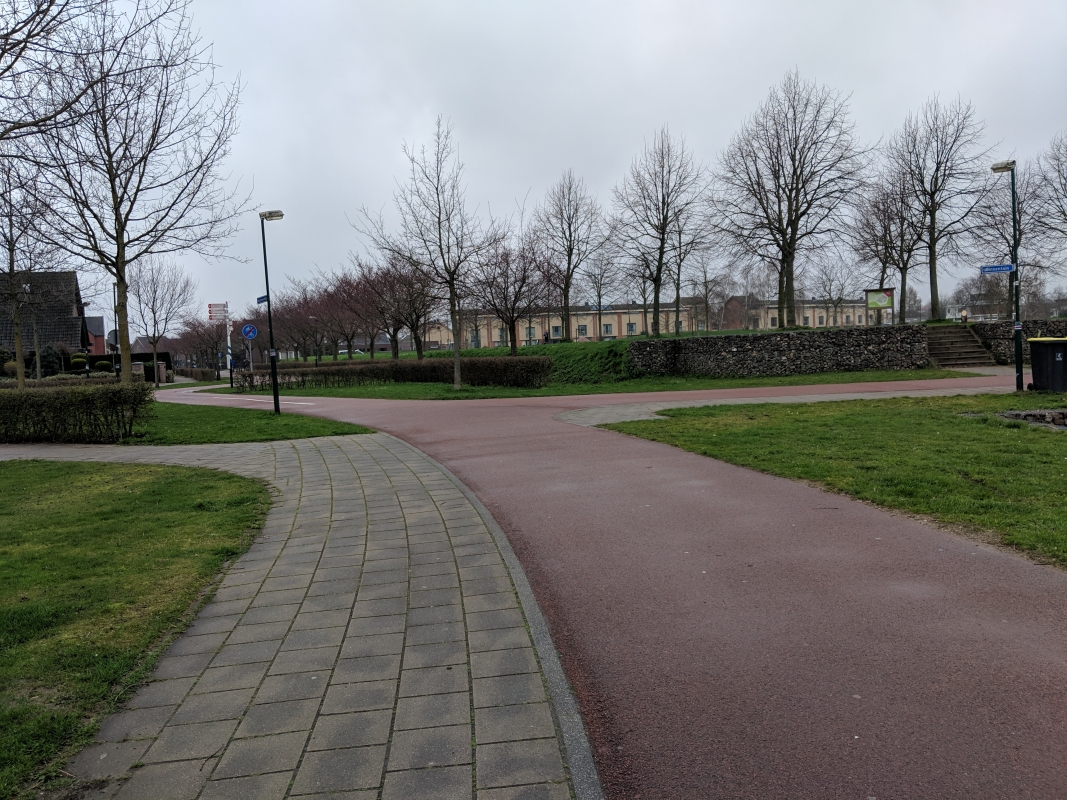 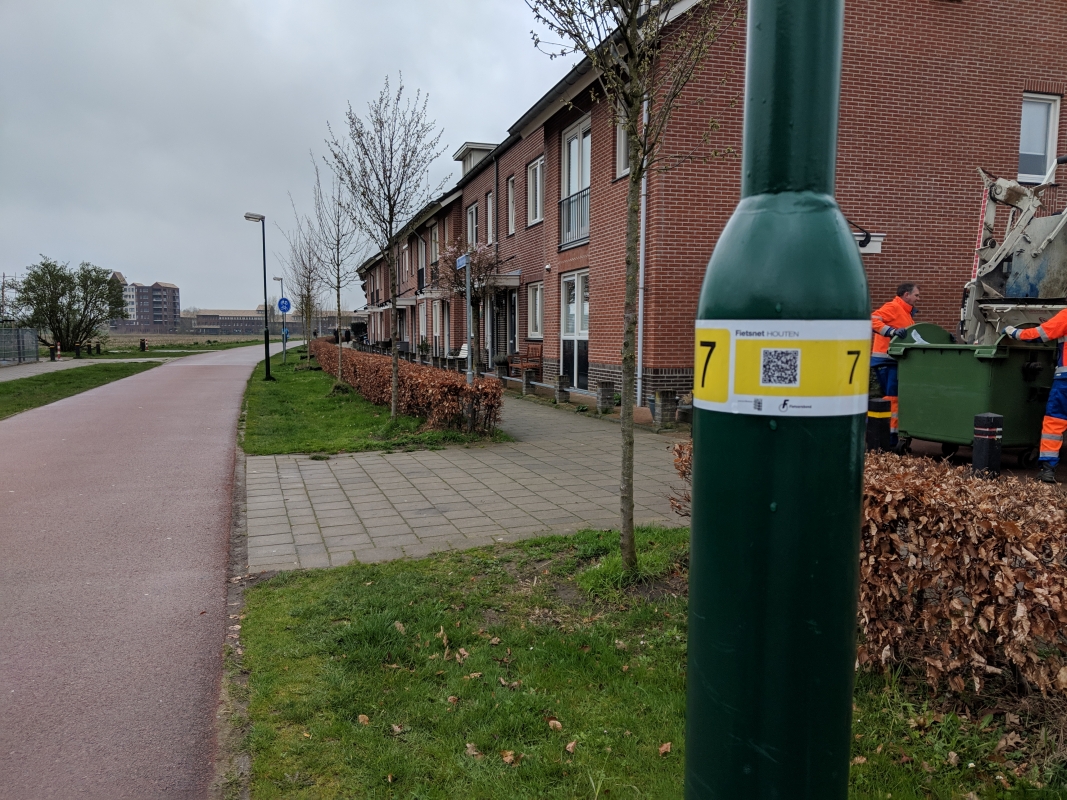 I can envision the Houten model in suburbs and small cities in the United States; however, I can't imagine this set up in big cities like Atlanta. Mostly, I can't imagine this in big cities because the distances travelled in Atlanta are longer than what is usually bikeable. In suburbs in the United States, this would be a great model if we had public transit (like extensive train networks) to bring people from the suburbs to the big cities. The only way I can see this being implemented is if we notice a city expanding in size and do extensive city planning work to connect separate suburbs to a major city with trains.

In all, Houten is an amazing city planning feat. The planners realized there was a town growing near Utrecht and a way to influence the growth, and they took that opportunity and ran with it. Something I noticed in Houten was the way that each neighborhood had its own unique look, almost like a subdivision in a U.S. suburban area. The biggest difference between these houses and the ones in the U.S. is that in the Netherlands, most areas have multi-family homes such as townhomes and apartments while in the United States we prefer much more space.

So far on this trip, I'm starting to realize that transportation choices by citizens is less in the biking infrastructure and more in the zoning and design of houses and cities. Houten is a great example of how a neighborhood like Virginia Highlands in Atlanta could become less car-oriented and more safe for children to play in. Here's a last picture of one of the streets I liked in Houten today. 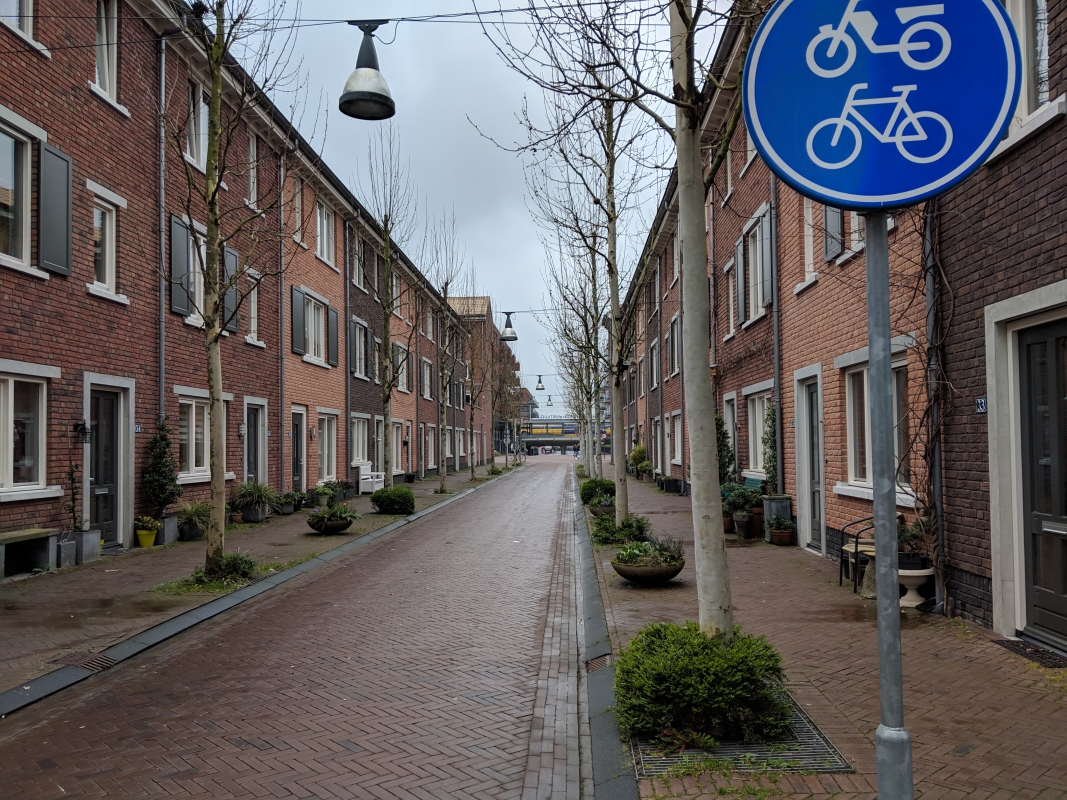