Houten is a town that's been designed for the bicycle. With one ring road surrounding the initial development and small connecting roads to residences, this town is an attempt to counter the convenience of cars that exists in most other towns. An extensive cycle network through designated green space connects the train station to residences, offices, and all that Houten has to offer in a short time. Despite having this network, the total bike share of trips is only 40% - lower than neighboring towns that have been retrofitted for the bicycle.

As a way to intelligently manage a growing population, the government of the Netherlands declared that the small village of Houten had to grow dramatically. The existing village had around 3,000 inhabitants who mostly disapproved of the growth target of 100,000 inhabitants that was set. While Houten today has less residents than initially expected, the town has grown dramatically.

As stated before, the town’s center is the Houten train station. Greenspace flows throughout the east and west, with separated bike and pedestrian paths running through the scenery. The main paths are populated with key features of the town such as schools and offices. Residences are also connected to the network. Figure 1 below shows the greenspaces, bike paths, and ring road. 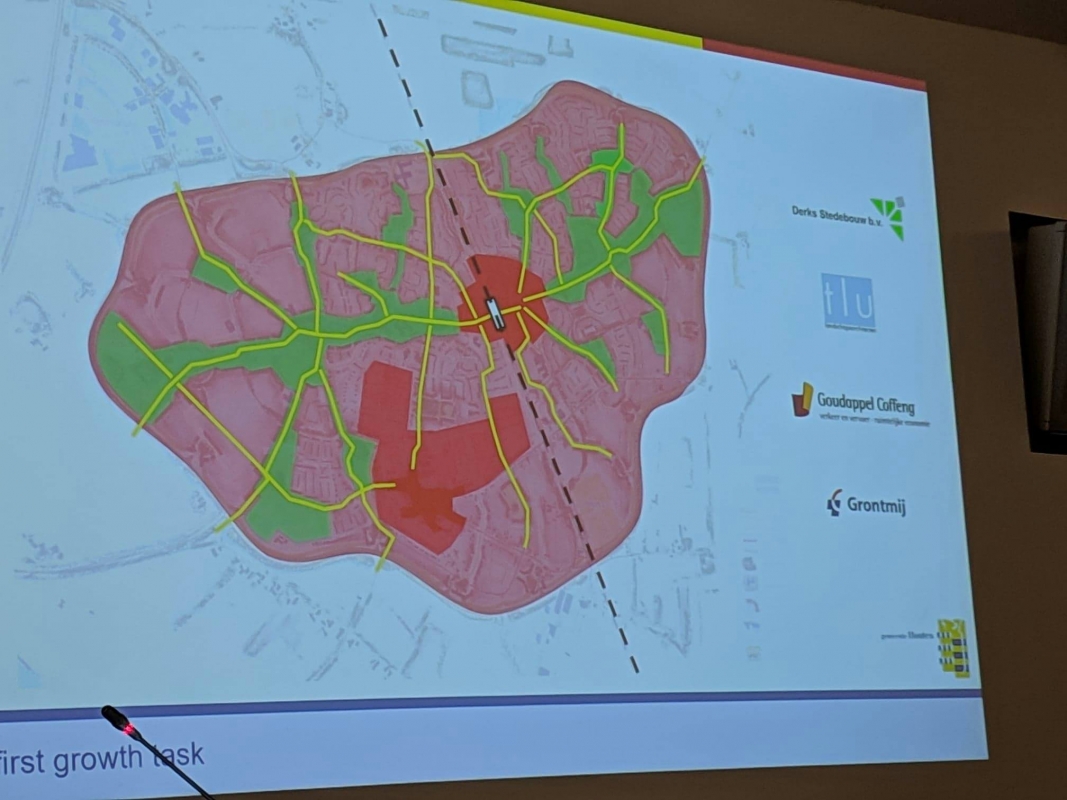 There is one road that surrounds the town, with smaller roads servicing residential parking lots. The densities of these residences aid in the compaction of these parking spaces. Cars cannot drive through the center of Houten, but must instead drive from the parking lot to the ring road, and then travel around the entire town to reach their destination. This inefficient path incentivizes the use of bicycles and walking even more. Figure 2 below shows a two-level roundabout with bikes traveling below cars to avoid conflicts altogether. 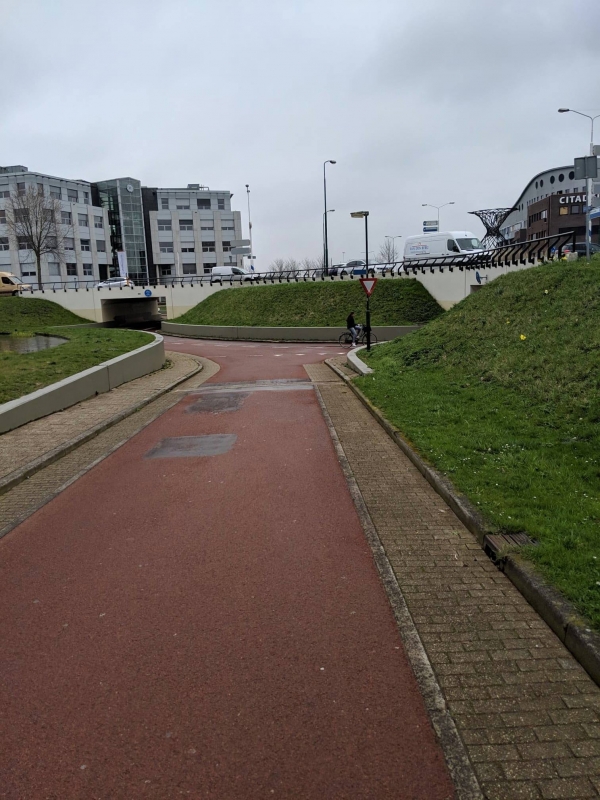 Applications in the United States

The Houten approach to transportation design is hard to relate to existing cities. Changing fields into roads and townhomes is far easier and cheaper than altering existing structures and infrastructure. With that being said, the only way that I can see the Houten approach to transportation being applied to the United States is in the development of new suburbs (especially in Florida similar to The Villages).

New suburban developments (much like Houten) convert the natural landscape into whatever a planning group decides. In these scenarios, focusing on the use of bicycles and walking in scenic greenspaces would likely be a success. Having more densities than single family housing is crucial, but a starter-neighborhood (in Americans' minds) could be the purpose and concept behind a Houten-like development. Given that many starting families seek to move into the suburbs and also enjoy greenspace and recreation, a Houten approach to American suburbs would likely be a success.