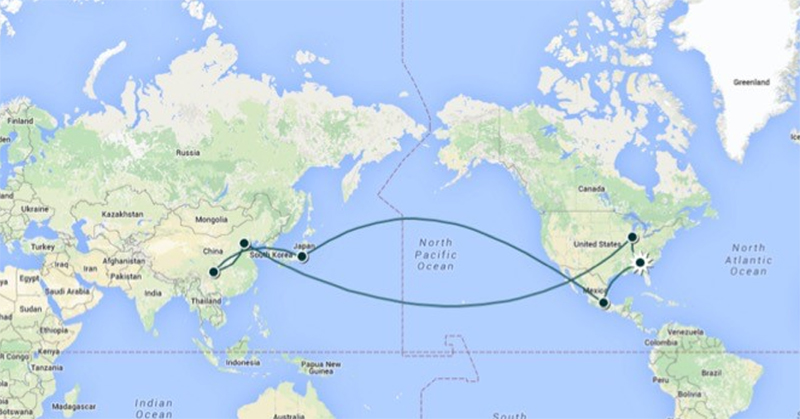 August 1-13, 2016, four CEEatGT students will travel to China and Japan with Elizabeth and Bill Higginbotham Professor J. David Frost as part of their International Disaster Reconnaissance Studies course. Follow along here and on Facebook, Twitter, and Instagram as the group learns a variety of reconnaissance methods and explores Beijing, Chengdu and Tokyo. 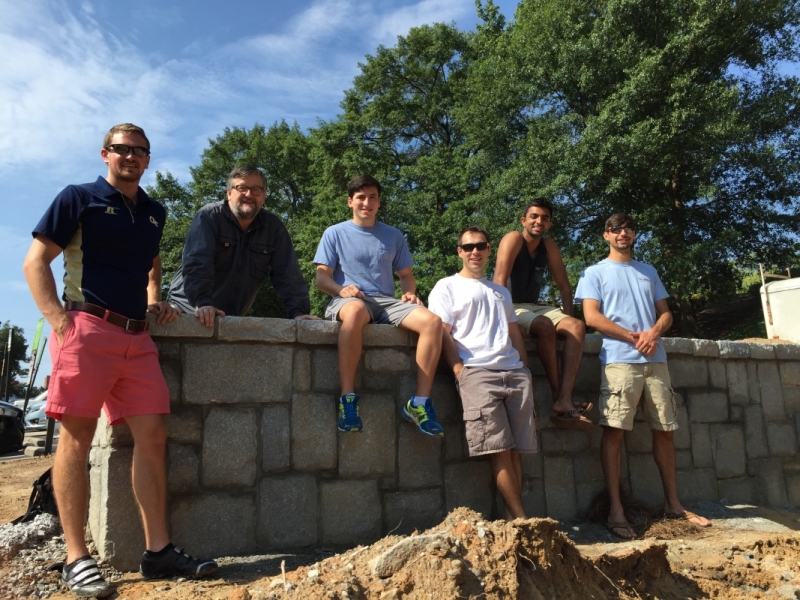 As summer classes wrap up and we prepare for finals, Professor Frost took us down to witness the construction of a wall being built on the Georgia Tech campus. With all the technology, machinery, and options that we have in the 21st century, the construction of a retaining wall could take a year to construct from conception to completion. The magnitude of the Great Wall fortress will not only dwarf this simple retaining wall, but the amount of time, labor, and resources that went into it are hard to even speculate. With this in mind we grabbed a quick photo of the team with the wall.  Maybe there will be some similarities in construction between the two walls. However, I don’t foresee a challenge in finding the differences in magnitude and cultural drivers for their purposes.