#GTDisasterRecon: The Great Wall and Wangfujing Street (for a second time) 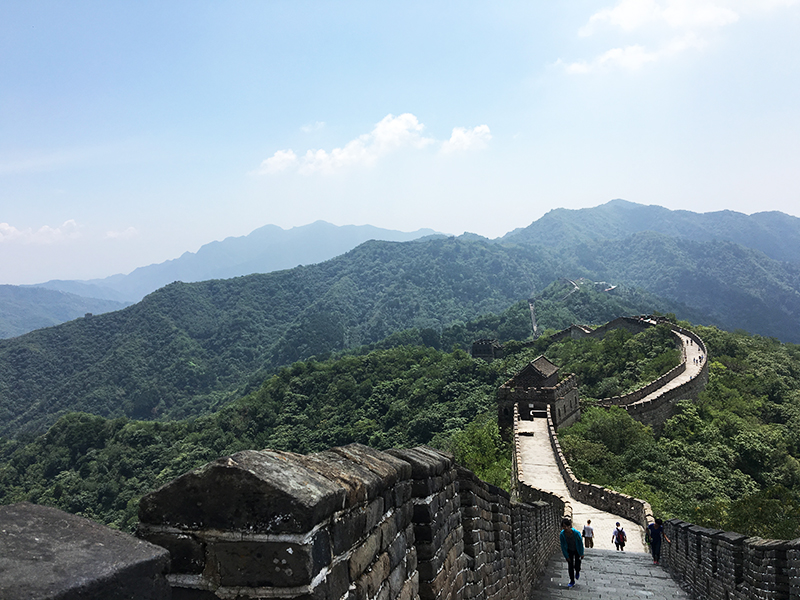 The first item on the agenda was a visit to a site I have been wanting to visit since the sixth grade: The Great Wall of China. Considered as one of several wonders in the world, The Great Wall was a major topic while learning about ancient civilizations in sixth grade. Such fortification has expanded over the course of centuries to achieve many of its purposes, including protecting insiders from foreign invaders. Most of it has been preserved to this day. However, what many do not know (myself included until now) is that several sections have been or will be eroded because they are made out of mud instead of stones and bricks. Other parts are vandalized or taken down for construction reasons. 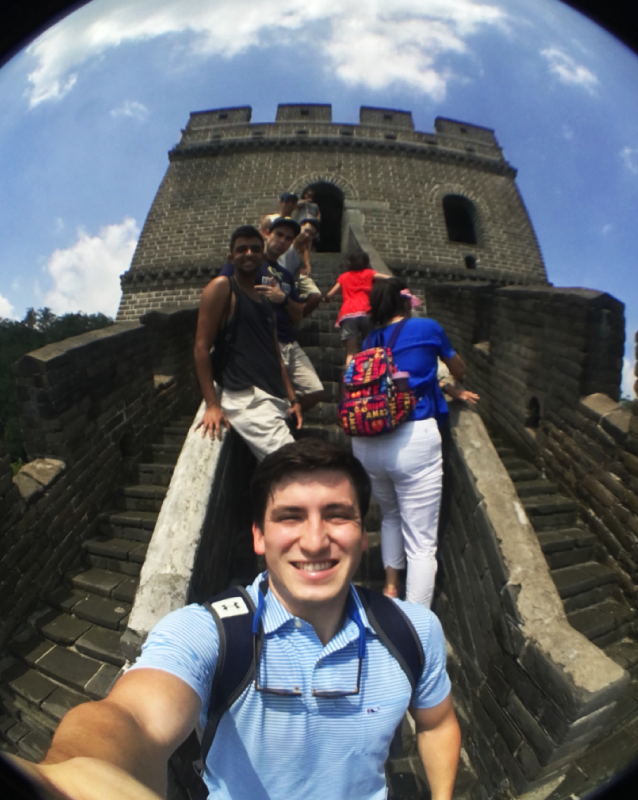 For some reason, we decided to take the steps all the way up to the section of The Wall we were visiting instead of using the gondola. We were not even halfway through our uphill trip when I started to constantly ask myself why I decided to bring no water, carry a GT bag with non-essential items and wear a polo to this trip. Those were poor life decisions, but I made it to the top with the rest of the group (Dr. Frost split with us and took a different route). The view was spectacular given that it was clear and sunny, unlike in the city where the sky is covered in smog most of the time. It was noon by the time we made it to the top. The sun was cooking us as we walked through the Mutianyu section, built in the early 1400s. Because The Wall stretches for thousands of miles, we were only able to see a small portion. Most of it seems to look the same with a watchtower placed in between walls for every certain number of distance. There was no easy access to make it to the top of the tower, but Kieron and I managed to carry Donald to reach and climb it. 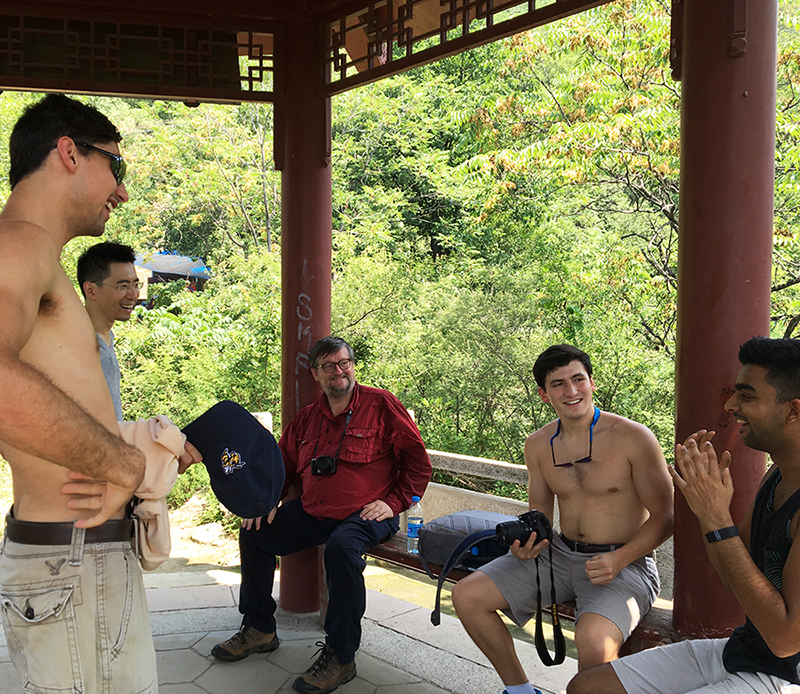 As for our downhill trip, we met with Dr. Frost and rode the toboggan. The toboggan was an exciting yet somewhat dangerous experience. It would not pass US safety standards. Once we reached ground level, I bought a Chinese straw hat in the markets as a souvenir of the trip. Most markets in China are different from those in the US in that the products do not have price tags. You have to bargain for a far lower price because most sellers ask for highly unreasonable prices, especially to foreigners.

It was around 5:30 PM when we got back to Beijing. Dr. Frost and Albert left for their hotel. The four of us (Kieron, Donald, Raghav and I) agreed to shower, get dinner and explore more of the city. Instead, we all fell asleep and did not wake up until about 9 PM. Desperate in our search for local food, we found a small marketplace in Wangfujing. All of us got the Chinese version of kebabs. Donald and I also ate fried scorpions. They tasted a lot like potato chips.

After dinner, we went back to the hotel to continue our sleep. Tomorrow is going to be a long day. We hope to visit Tiananmen Square, Forbidden City, Silk Market and Bird’s Nest. Donald was recommended to a place called Jianguomen Peking Duck, which we will most likely go to for lunch or dinner.

Note: I finished the day with over 100 floors climbed according to my phone’s health app. I have never gone over 30 floors in one day, until today.