#GTDisasterRecon: A first look at Beijing 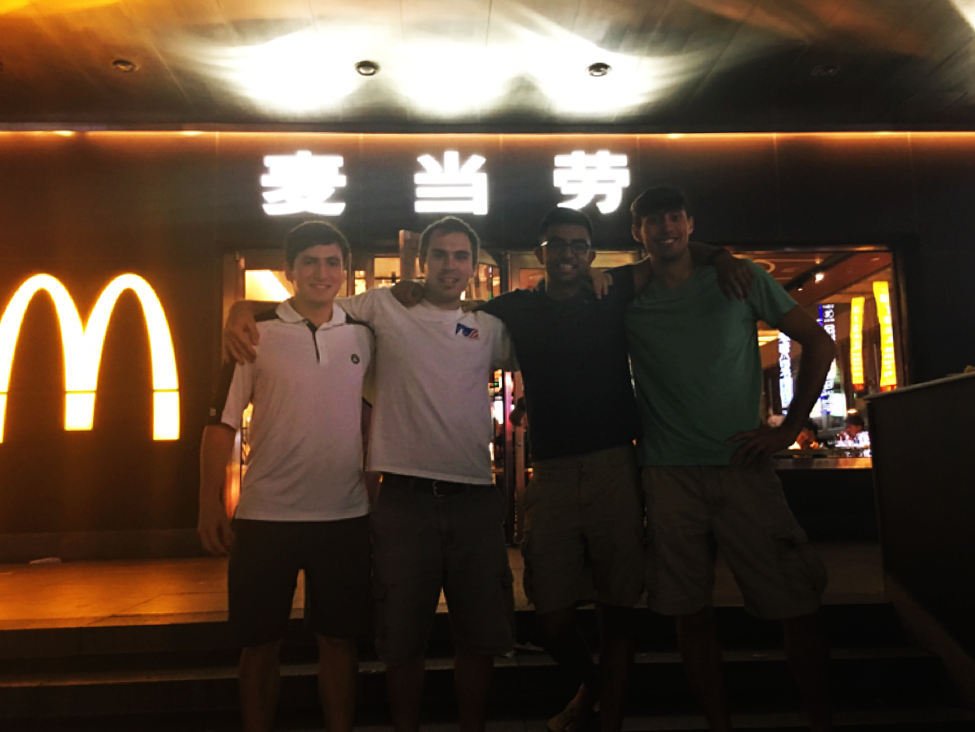 We have finally made it to Beijing, China and after 18 hours of traveling and being awake for over 24 hours we are all in dire need of some rack time. In my opinion, many of the horror stories of the cross pacific flight with our airline provider were put to rest. By no means were we flying first class and I don't think I fell asleep once during the 13 hour flight, but I was pleased with the flight. It got us from point A to point B with graciously poured complimentary drinks and good company.

Language barriers rarely arose and when they did they were quickly broken down. When I don't know the choices for dinner a simple thumbs up to the flight attendant landed me the meal I assume she felt fit my pallet and it did. This also quickly landed me a new friend who was gracious to order my breakfast for me.

In efforts to work on some bartering before we visited Beijing’s Silk Market, my newly acquired friend and I were swapping breakfast items like we were on the grade school play ground. The seeming endless travel did not slow us down as we made a ditch effort to see Beijing’s version of Times Square – and did we ever – as the buildings, crowds, and lights on a Tuesday night did not disappoint." 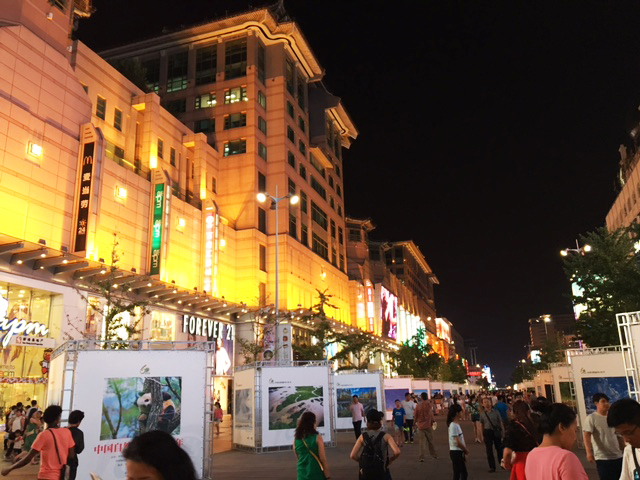 15 hours of flight time later, we landed in Beijing at approximately 6 PM local time. I had never been on a flight for longer than 8 hours (which was last summer for Georgia Tech Lorraine), but the 13 hour flight from Chicago to Beijing beat the record. The Chinese government’s ban on the usage of electronics during flights made it difficult to find ways to kill time. I should have used the time to get sleep since I had only slept for 3 hours the night before, but instead watched four in-flight movies: Batman vs. Superman, Eye in the Sky (now on my list for top ten films), London Has Fallen, and Bad Grandpa.

Meanwhile, Kieron struggled to get any sleep as he was in the aisle seat next to the restroom and kept getting interrupted by others. Raghav and Donald were able to get some sleep, but also watched movies when awake. Flying with Hainan Airlines was a first for all four of us. The airline experience was good enough for its price, however, I don’t think I will travel with them anytime soon.

Dr. Frost and Albert, a former GT student and current colleague of Dr. Frost, met with us near the entrance of the airport. From there, we went straight to check in at our hotel. Kieron, Donald, Raghav and I decided to explore and become acquainted with the city once we were settled in our rooms.

Dr. Frost and Albert will meet with us tomorrow at 8:15 AM to go visit the Great Wall. We spent most of the night walking through Wangfujing Street, which closely resembles to New York’s Times Square. The area was just as crowded and well lit until about 10:30 PM. There are also several kiosks that sell candies and snacks that can be strange and exotic to American standards (i.e. – fried crickets). We did not try out any of it, but it is highly likely that some of us will taste it at some point.

Our dinner event was held at a McDonald’s because we were hungry and couldn’t decide on a local restaurant to eat at. Before we went to McDonald’s, however, our preferred option was KFC. Raghav has never had KFC and he wanted tonight to be his first time. We all expected the menu to be the same or similar to the ones in USA, but we were wrong. The menu options did not compel any of us. By unanimous decision, we went straight to McDonald’s to have our late night dinner. We returned to the hotel shortly after as tomorrow will be a long day. 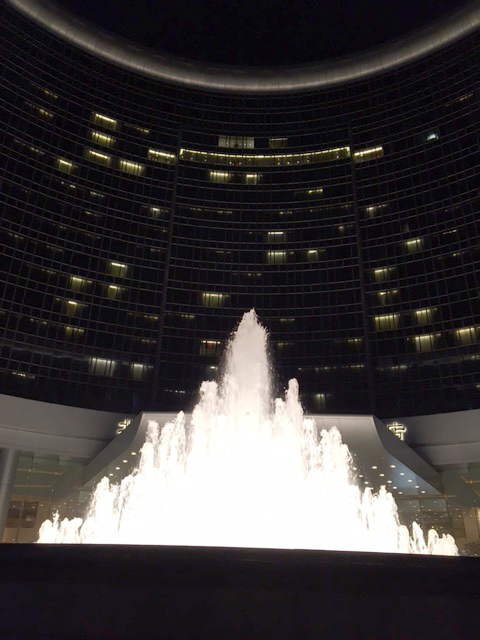