On the third day of travel in Chengdu, we again started our morning with a mixed Chinese-western style breakfast at the hotel. After breakfast, we were met by Dr. Zheng Da who served as a main host for the day. Unfortunately, Dr. Xu, who hosted us the previous day, was still feeling a bit under the weather due to the dinner we had all ingested the night before. We piled back into our SUVs, and headed to the first destination of the day.

We stopped first at the town of Yingxiu located within the Longmenshan Mountains. Only a few miles from the earthquake epicenter, Yingxiu was another town that sustained heavy damage from the 2008 Wenchuan earthquake. Unlike Old Beichuan, Yingxiu sustained most of its damage either from the earthquake itself or later flooding, not from landslides. Yingxiu has also been partly preserved in its destroyed form and converted into a large memorial and tourist attraction. We could not help but notice how many souvenir shops and restaurants are located there. The conflicting scenery conveyed both a sense of fun to be had, and a sense of mourning. Depending on what direction you were looking in at any given time, you might see a collapsed building or a shopkeeper trying to sell knick-knacks to tourists. Everywhere there were large groups of visitors being led around by tour guides speaking loudly into megaphones. 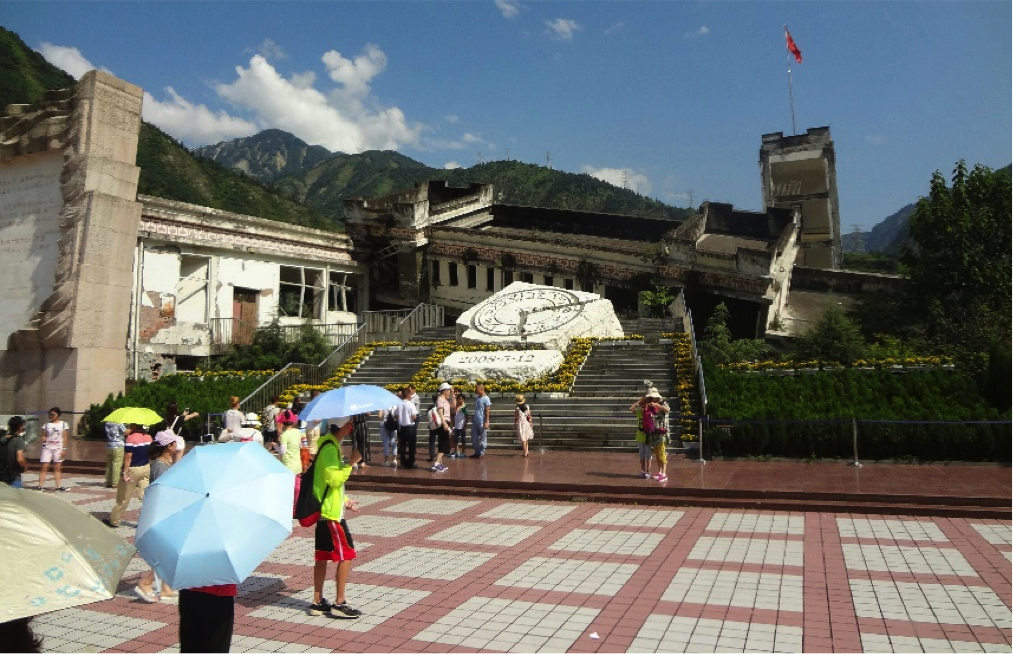 A middle school in Yingxiu that partially collapsed during the earthquake killing 54 students and teachers. While this figure is tragic, it is still far less than the hundreds killed in the school destructions in Old Beichuan. 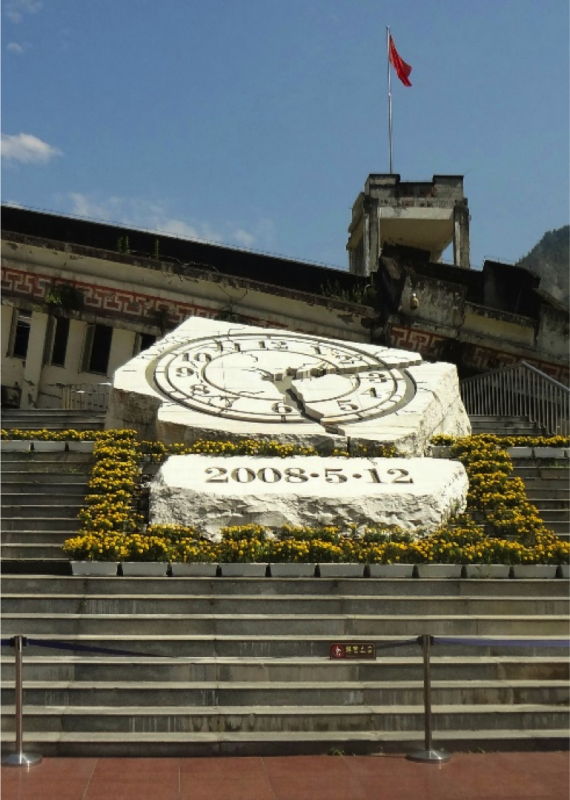 The site has now been memorialized with a cracked sculpture marking the date and time that the earthquake occurred: 2:28 PM, May 12, 2008. 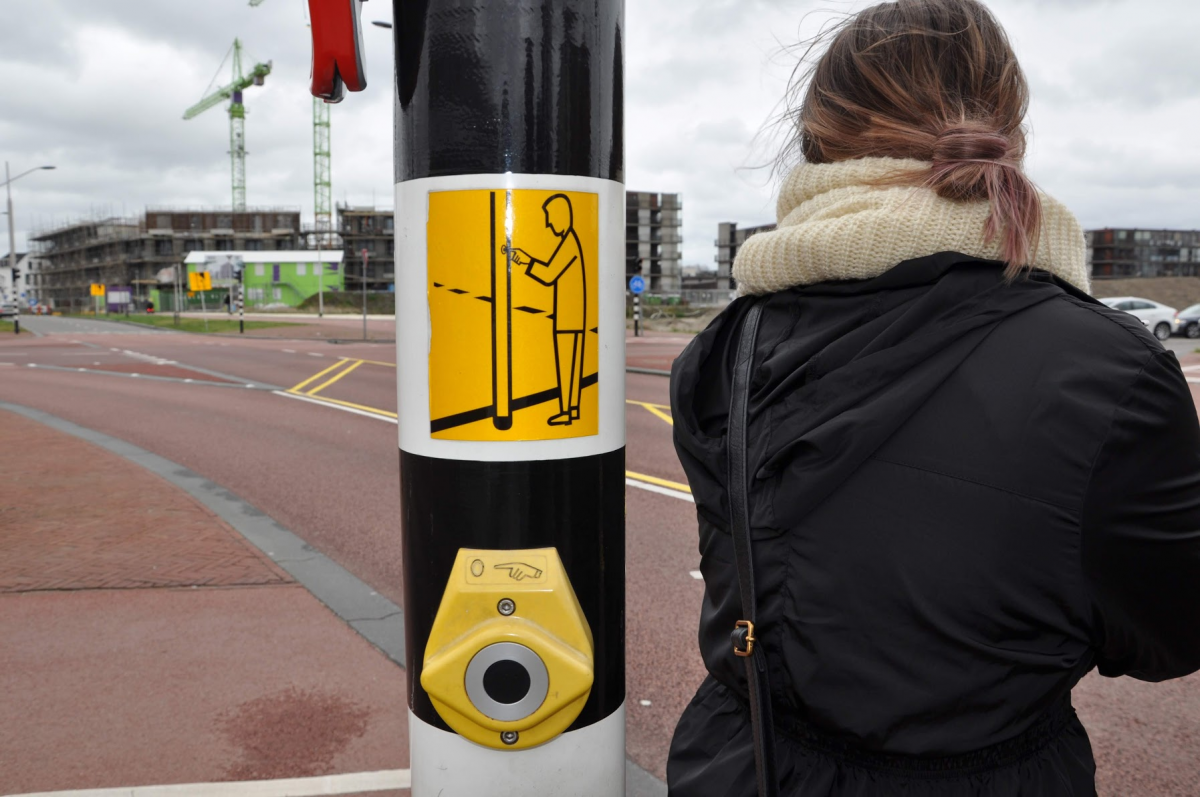 Remnants of an old middle school building in Yingxiu. 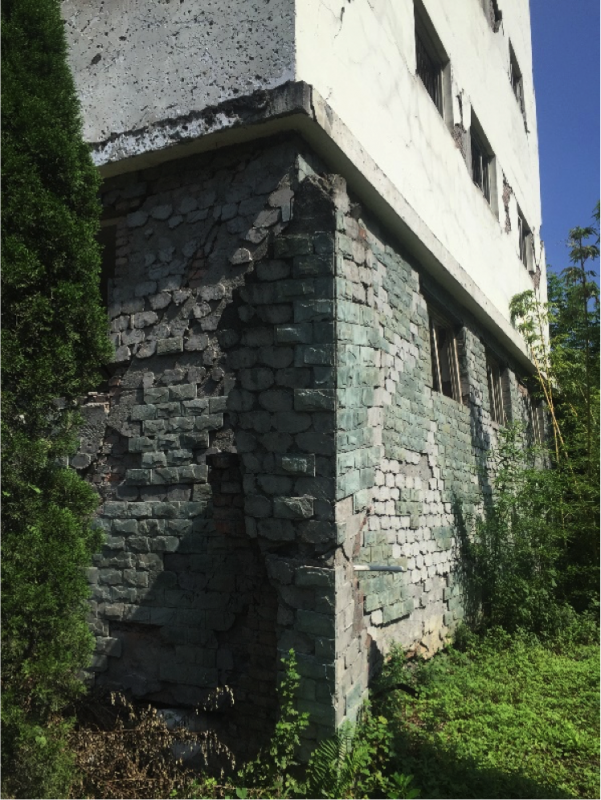 Viewing the same building at one of the corners, it can be observed where shearing occurred as the building collapsed downward onto its ground floor.

After viewing the ruins, we hiked up above the town to an earthquake museum that details what exactly happened and how the area has since recovered. 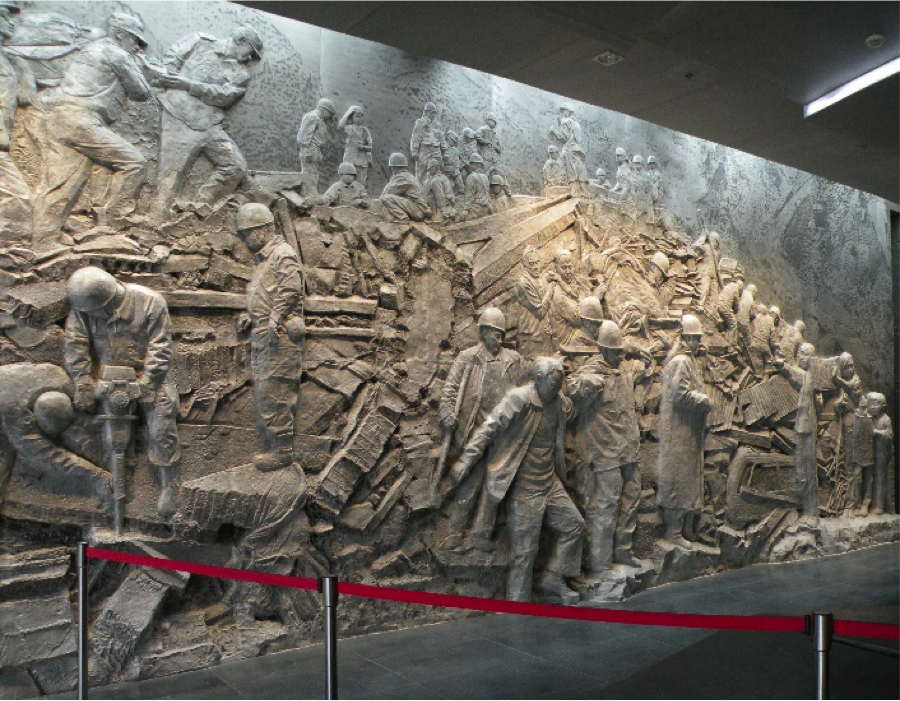 A wall carving located in the “Memorial Hall of Wenchuan Earthquake Epicenter” that depicts Chinese soldiers and rescue workers among the ruins of Yingxiu immediately following the earthquake. 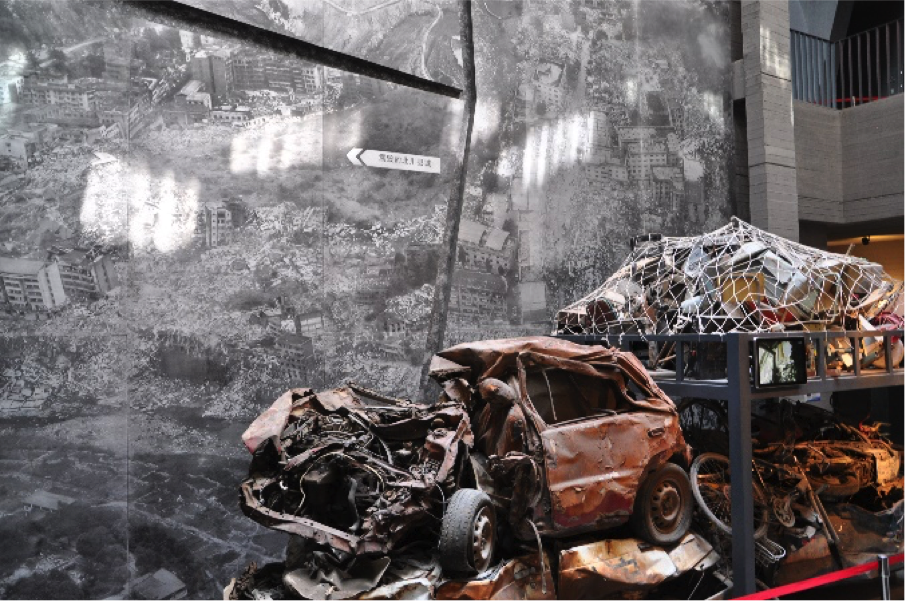 Destroyed vehicles recovered from the ruins of Yingxiu. 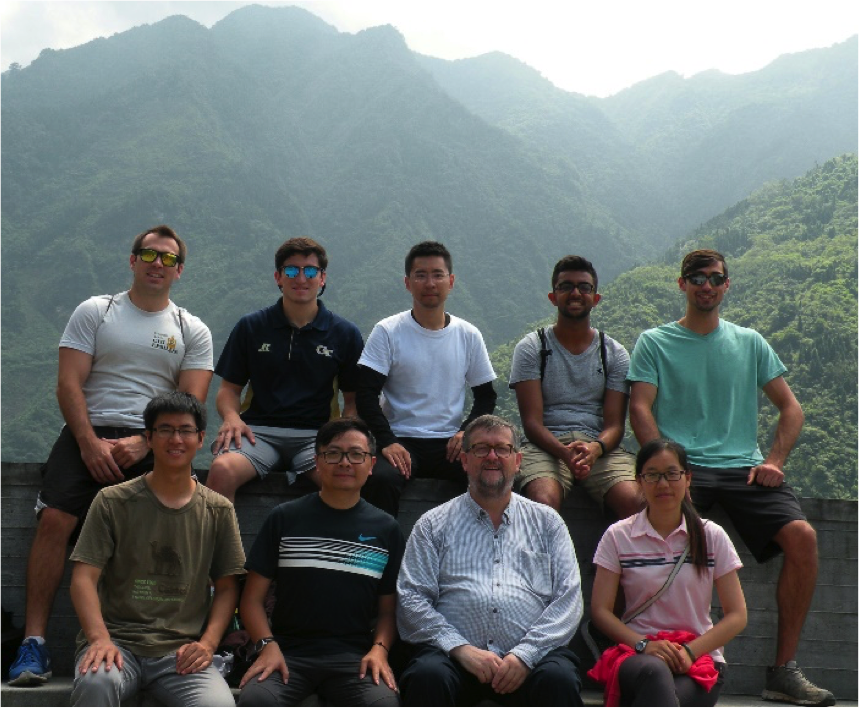 After our exploration of Yingxiu and the memorial museum, we headed out to see a couple of nearby gulleys that had control systems constructed into them. One of the gulley debris flow control systems, Qipan Gulley system, had been designed by Dr. Da. At that particular site, a village and concrete factory had been completely destroyed during a year of heavy rains. The 2008 Wenchuan earthquake did not severely damage the village. However, it did loosen much of the soil deposited in the mountains above it, making the area much more susceptible to debris flows in the future. This along with the earthquake is what prompted the Sichuan Province government to seek out engineers to design systems to mitigate the effects of debris flows in mountainous areas. With the control system in place, a new village and concrete factory were rebuilt in the area. 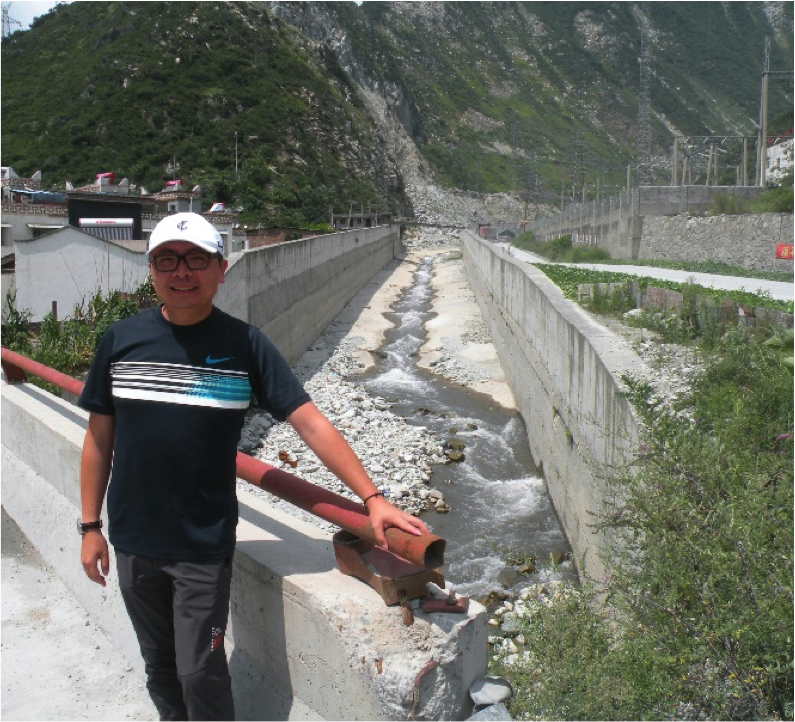 Dr. Zheng Da, Professor of Geological Engineering Chengdu U.T. with the SKLGP Lab Group and former Georgia Tech doctoral student, standing above the debris flow channel he designed at Qipan village. The system extends far back into the gulley, and only a small portion is visible in the photo. 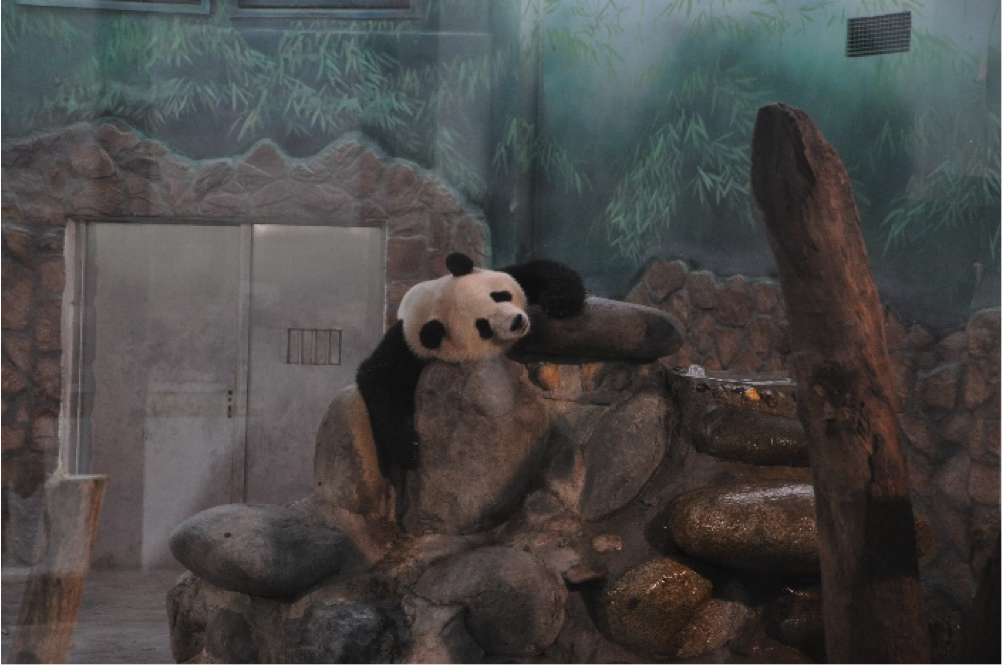 A view from inside of the flow control channel farther back into the gulley. 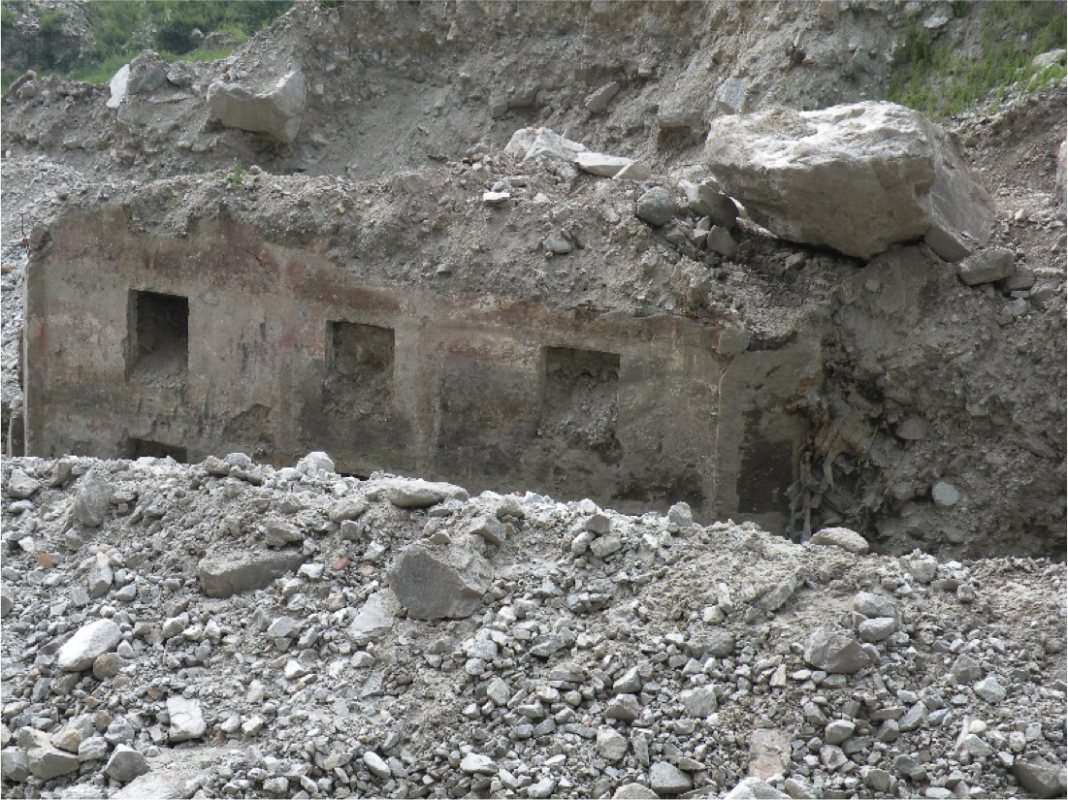 An old concrete factory building several stories tall that was completely destroyed by debris flow before the control system was put into place. 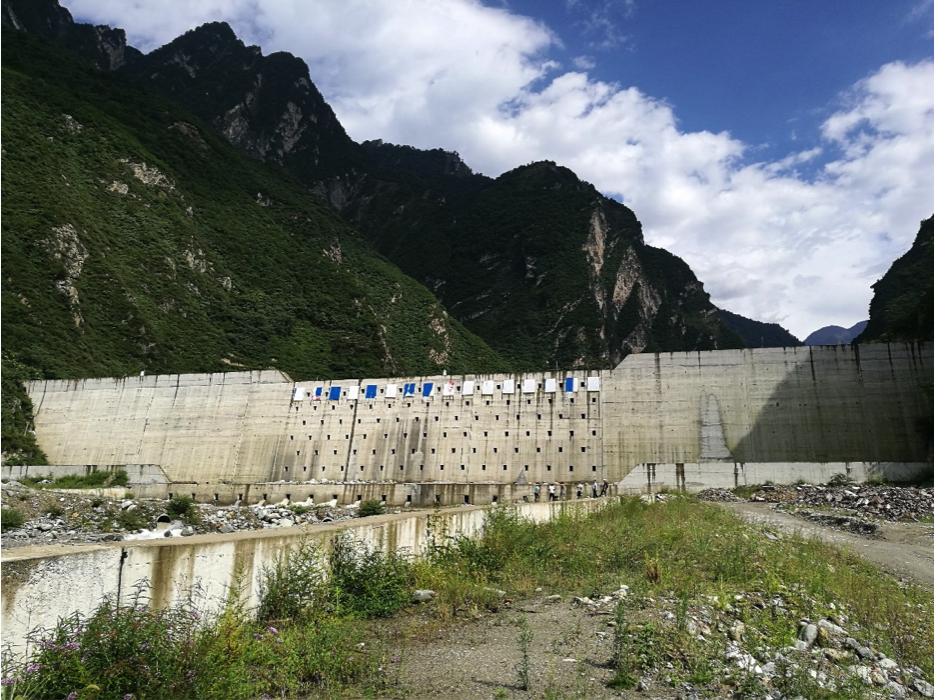 A check dam strategically placed high in the gulley to catch large course-grained soil particles while allowing water to continue flowing down the channel. As the space behind the check dams fill to capacity, they must be emptied using heavy equipment. The rocks that are removed from the gulley can then be used in creating concrete. For scale, the GT recon team is standing on the bottom wall, just below the bottom row of drainage holes on the right side. 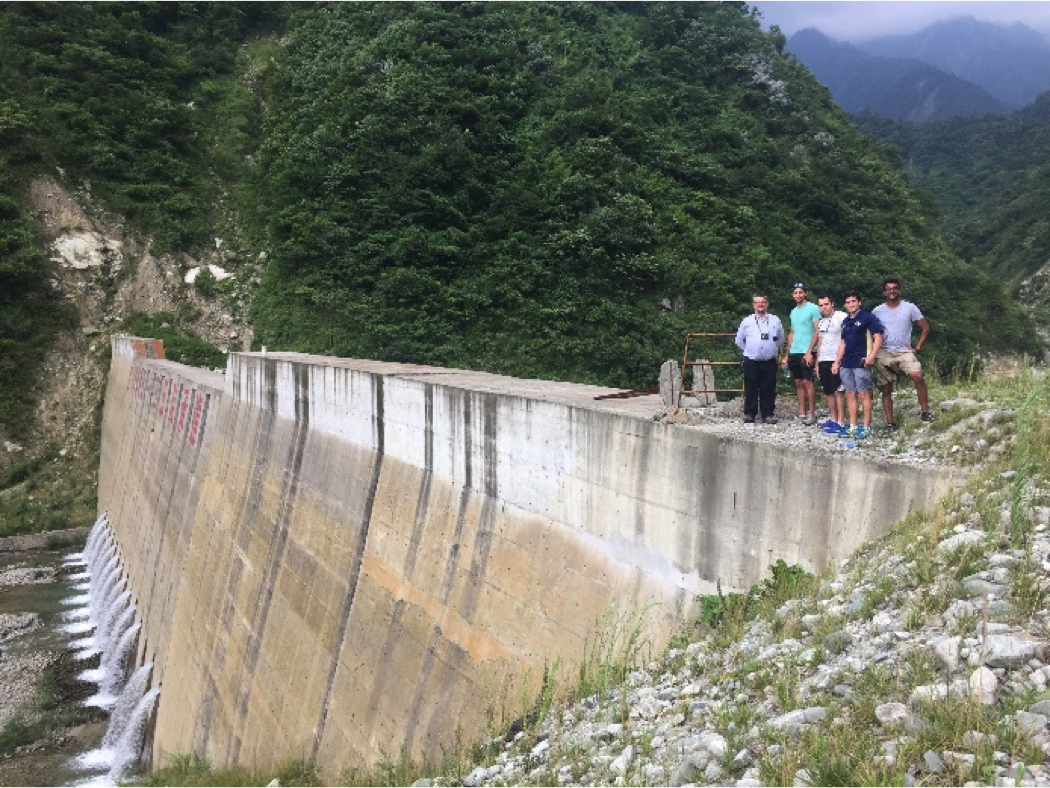 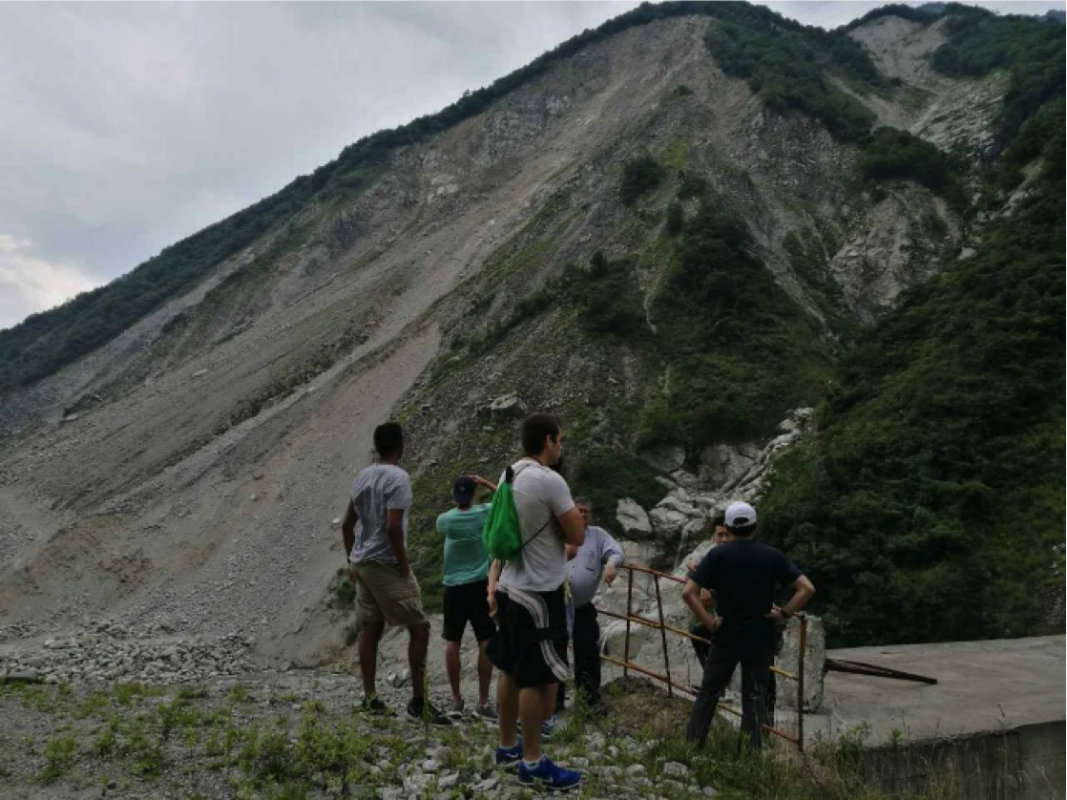 The group stands atop a check dam viewing a scarred mountainside where soil deposits shaken loose during the earthquake were later washed downhill by heavy rains. 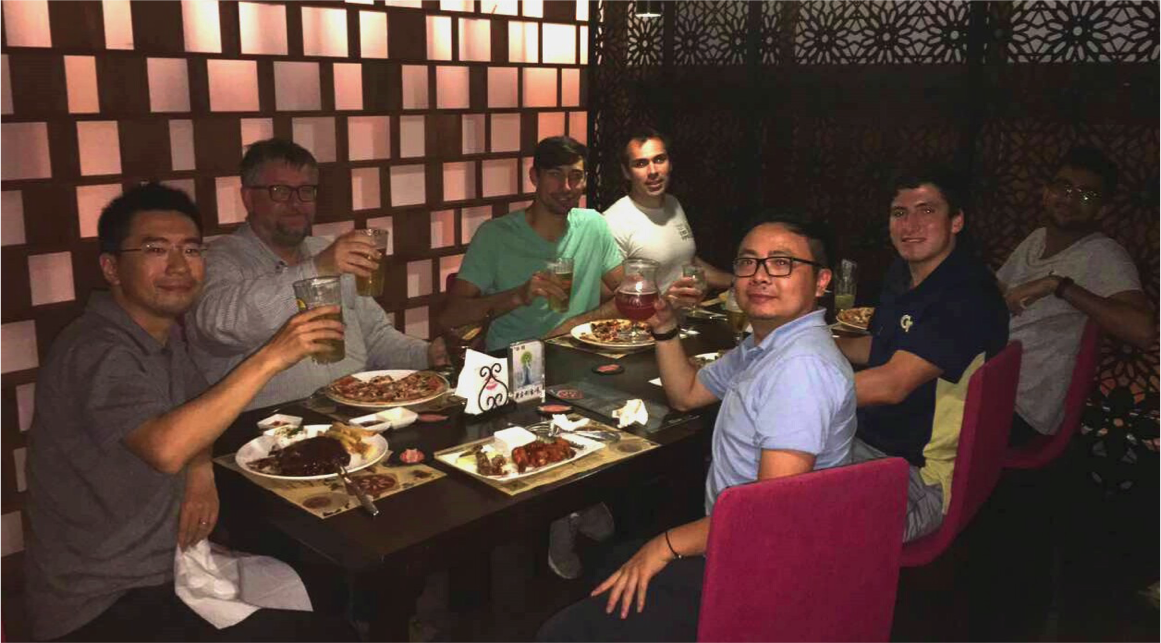 After completing our reconnaissance of the gulley debris flow control systems for the day, the group returned to Chengdu where we were treated to dinner by Dr. Da in a very upscale part of the city. A good comparison of the district where we ate would be the Buckhead area in Atlanta. We even got to eat at a Belgian restaurant. Fortunately, this helped our stomachs to recuperate some from the previous evening’s meal.