Despite the short, three-day stay in Japan, many different dishes were sampled in a variety of locations. At a rural rest stop near Sendai, the group stopped for lunch and ordered items such as tonkatsu (とんかつ), udon (うどん), and Japanese curry (カレーライス). These are all classic comfort food dishes that are often cooked at home, and they make wonderful, hearty lunches for tired travelers. Typical meals come with side dishes that may include items such as pickled vegetables (漬物), miso soup (味噌汁), and savory rice seasoning (振り掛け). 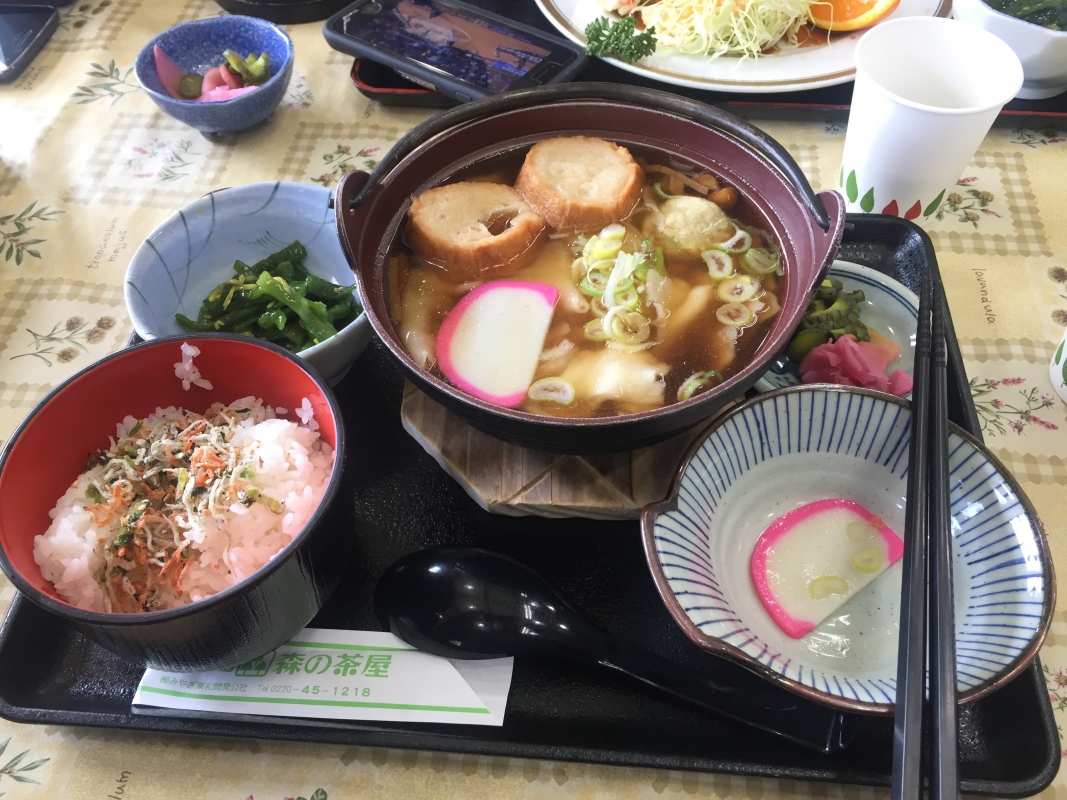 On the second day after a 4.5 hour Shinkansen train ride to Hiroshima, the group tried another comfort food dish, Okonomiyaki (お好み焼き). Hiroshima has its own type of Okonomiyaki pancake (different than Osaka-Style Okonomiyaki) which primarily consists of soba noodles, a crepe, cabbage, and pork belly slices. After it is fried on a griddle, savory Okonomiyaki sauce, Japanese style mayonnaise, and bonito fish flakes are placed on top of the pancake as a garnish. 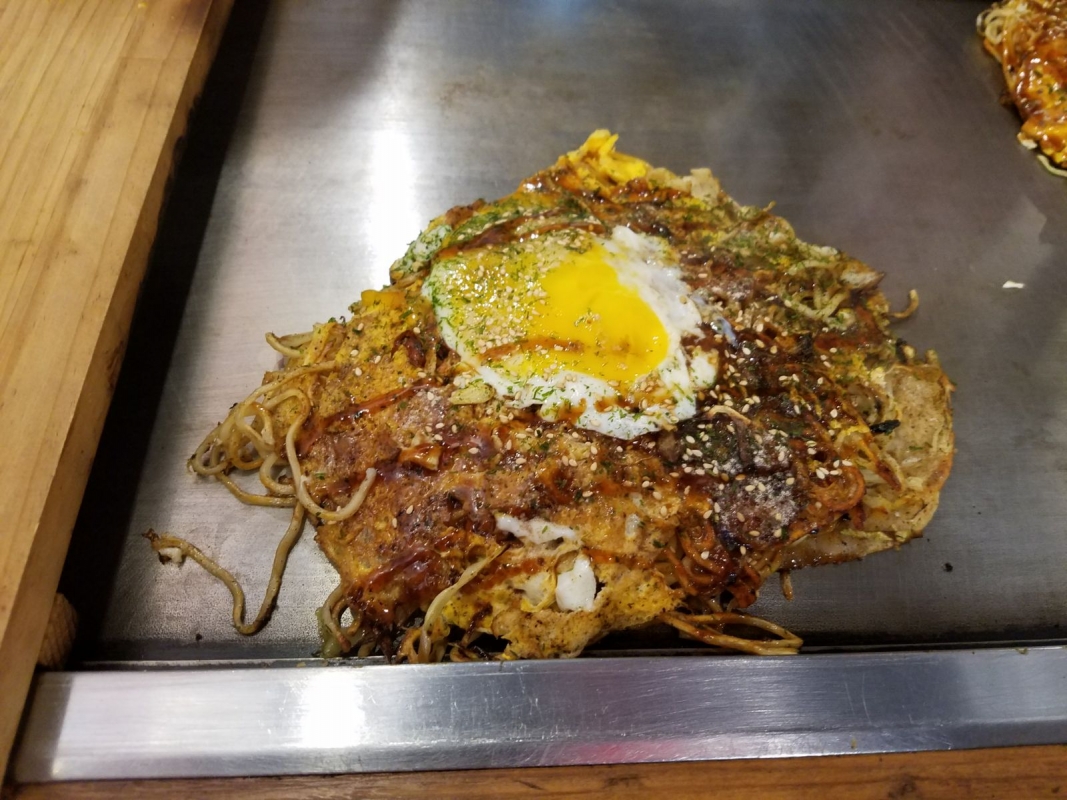 Other dishes sampled along the way include ramen (ラーメン), conveyor-belt sushi (回転寿司), sashimi rice bowl (ちらし丼), and yakitori style beef tongue (焼き鳥), all of which were eaten in in places around Tokyo, from the train station to the fashionable Ginza area. 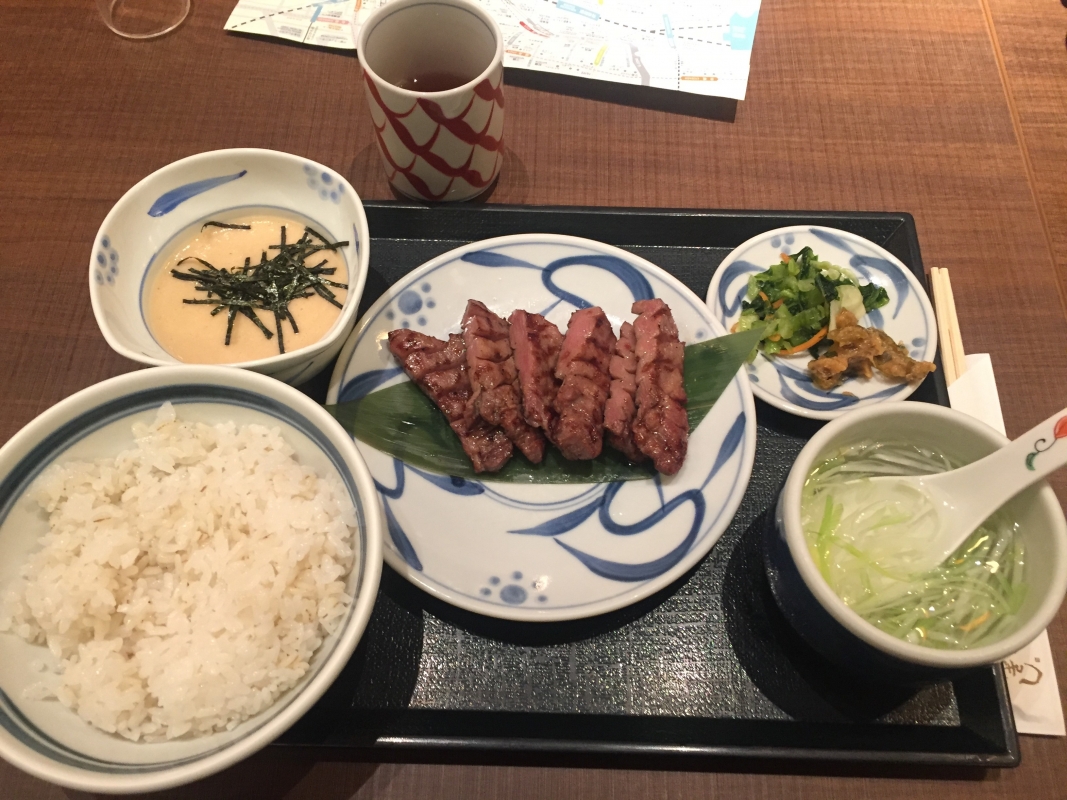 Traditional Japanese sweets (和菓子) are often not as sweet as other Asian or Western desserts. They are typically made with mochi, red-bean paste, and fruit. One of the most common types is  Daifuku (大福餅) which is mocha filled with with red-bean paste. It may also have different flavored powders on the outside such as matcha, powdered green tea. 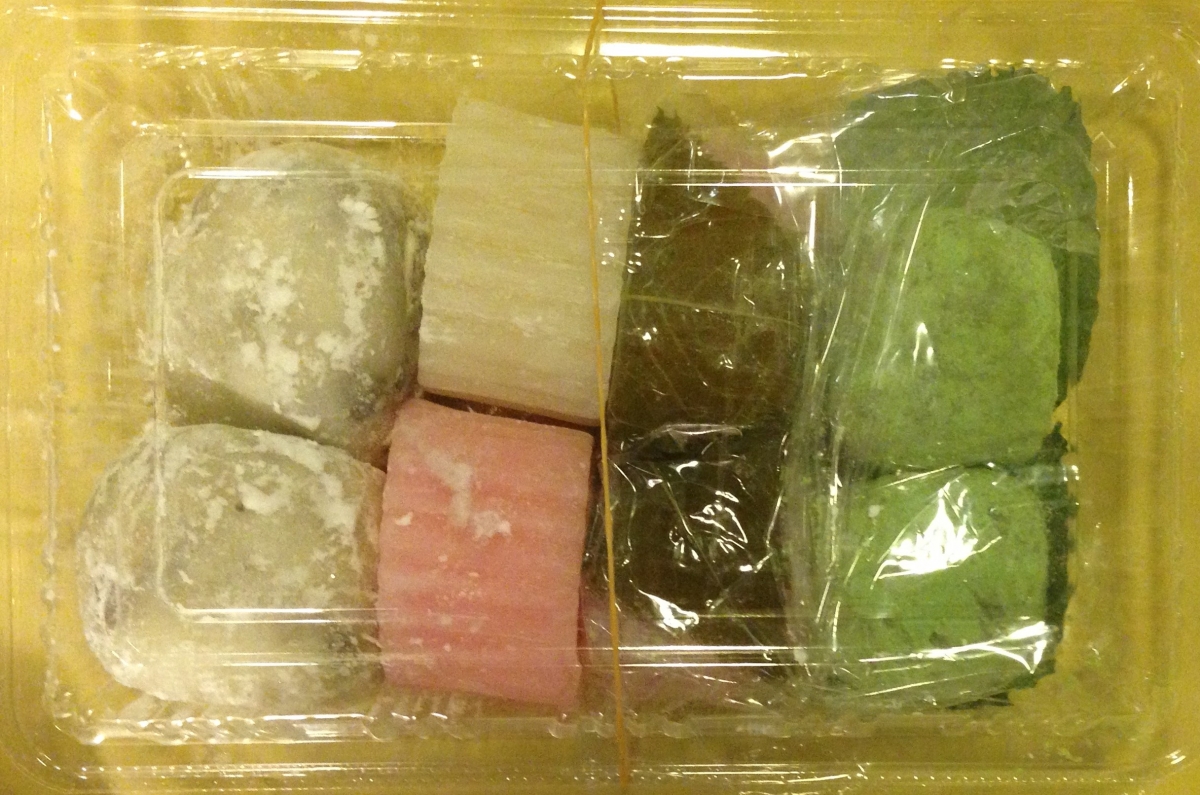