On Tuesday morning, we went to the Dujiangyan Irrigation System. While the site is commonly visited by tourists for the scenery and gardens, we, as engineers, were able to appreciate the site from a different perspective. Built during the Qin dynasty around 256 BC, the system has continued to demonstrate sustainability and resiliency, as the system has undergone minimal changes and retrofitting throughout its long lifetime. During the visit, we were able to see two of the three main constructions of the irrigation head: the Yuzui and Baopingkou. The Yuzui works to control the water flows of the inner and outer rivers to prevent flooding; as we visited during the dry season, we saw that the Yuzui diverted minimal water to the outer river. 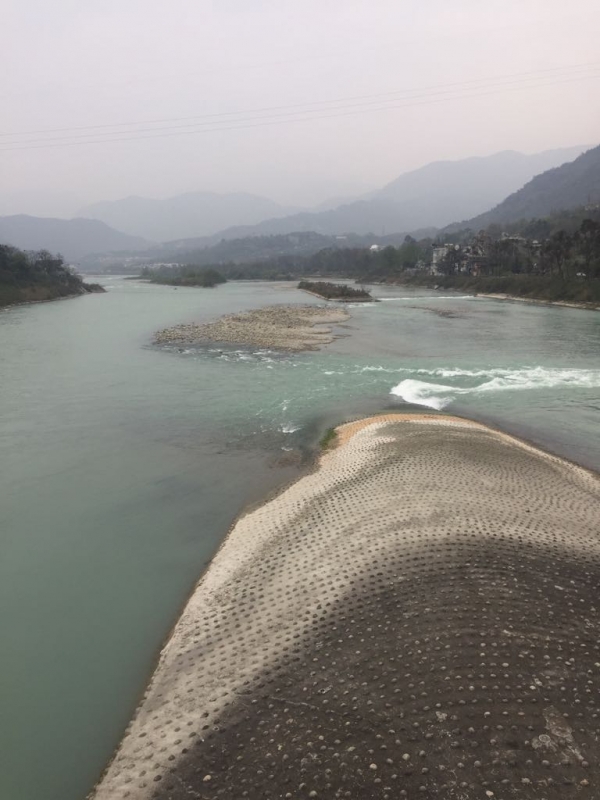 The Baopingkou works to control sediment flow and to divert any excess water before water distribution. As it was the dry season, no water was being diverted. As geotechnical engineers, it was remarkable to see the amount of the mass carved out from the mountains to create the Baopingkou given the lack of tunneling technologies during construction time. 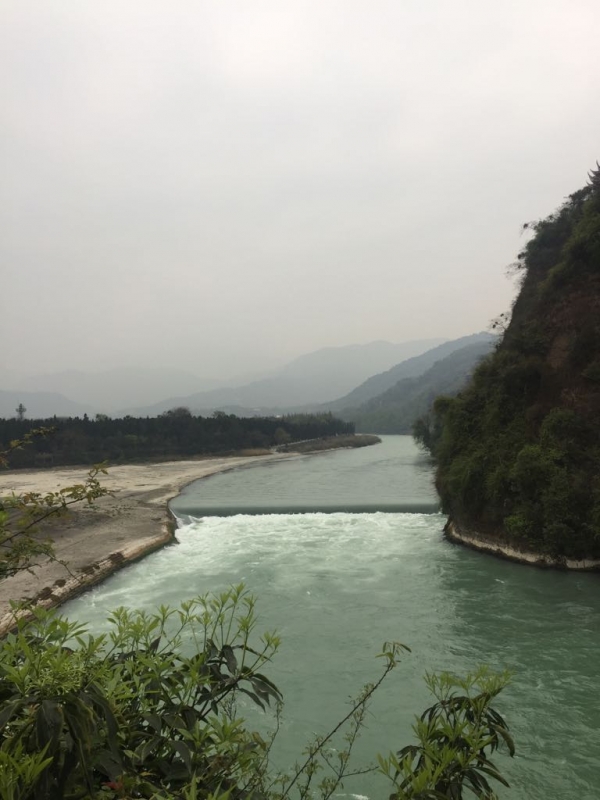