BP #7: Public Transit in the Netherlands

Through the past few days we have seen multiple different ways to get around town and travel from city to city. The first few days we traveled primarily by trains that connect city to city. Then, the tram, most similar to the streetcar, was introduced to us. In Amsterdam, we used the Metro and the tram to move from location to location in our self-guided transit tour. Each transition was fairly seamless, especially for us foreigners, and the maps and way-finding devices were easy to understand. This was validated by our ability to navigate throughout the city with such a huge group and barely slip up. I have only ever used MARTA, and therefore was overwhelmed by the options available to me and pleased with how well they work. In Marc Drost’s presentation on Amsterdam public transit, he emphasized that as Amsterdam expands geographically and demographically, the need for an even more effective public transit system must exist, especially if they want to limit car usage. Every station has bright screens that accurately predict the next tram. As the Dutch tend to be on time and value accuracy, their transit performance reflects that in examining on-time arrival data. In addition to that, the quantity of daily trips and travel times are used to estimate future need and suit the public better.

Many of our public transit visits began on bike, and there was never a problem making sense of the process of parking your bike and riding on the train. Frequently in Delft we parked our bikes and then travelled via train, and while occasionally it was difficult to find everybody a space, it tended to be a quick process. In other cities such as The Hague and Utrecht, similar facilities exist. Figure 1 shows the abundance of bike parking available in Utrecht, where 12,000 bikes can be stored. 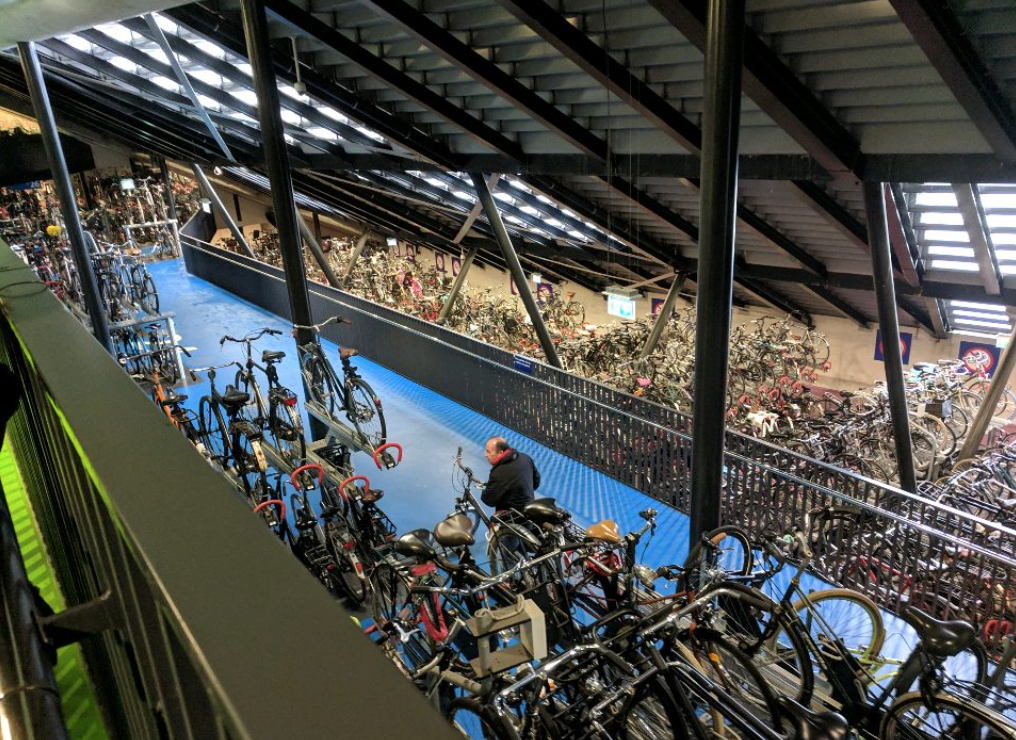 I would go so far as to say that because they were so commonplace, we became desensitized to the scope and magnitude of these bike parking facilities. If you were to bring your bike onto the train, you would only be allowed to do so during non-peak hours and you must pay a fee of 6.90 euro for 24 hours. This is to prevent overcrowding on the trains. It also encourages people to take advantage of a bike share program; many people keep a bike in their hometown, use that bike to travel to the train station, take the train, and then use a rental bike in their work location. Bike paths provide a clear way to go from the city to the bike parking, where entrances to the station border the bikes.

As the week progressed and we visited bigger cities, the public’s reliance on public transit became more and more evident. Looking out to the city of The Hauge in Figure 2, it reminded me of looking at Atlanta’s connector. However, in Atlanta, cars dominate the city’s artery, whereas in Netherlands the train and tram serves this purpose. 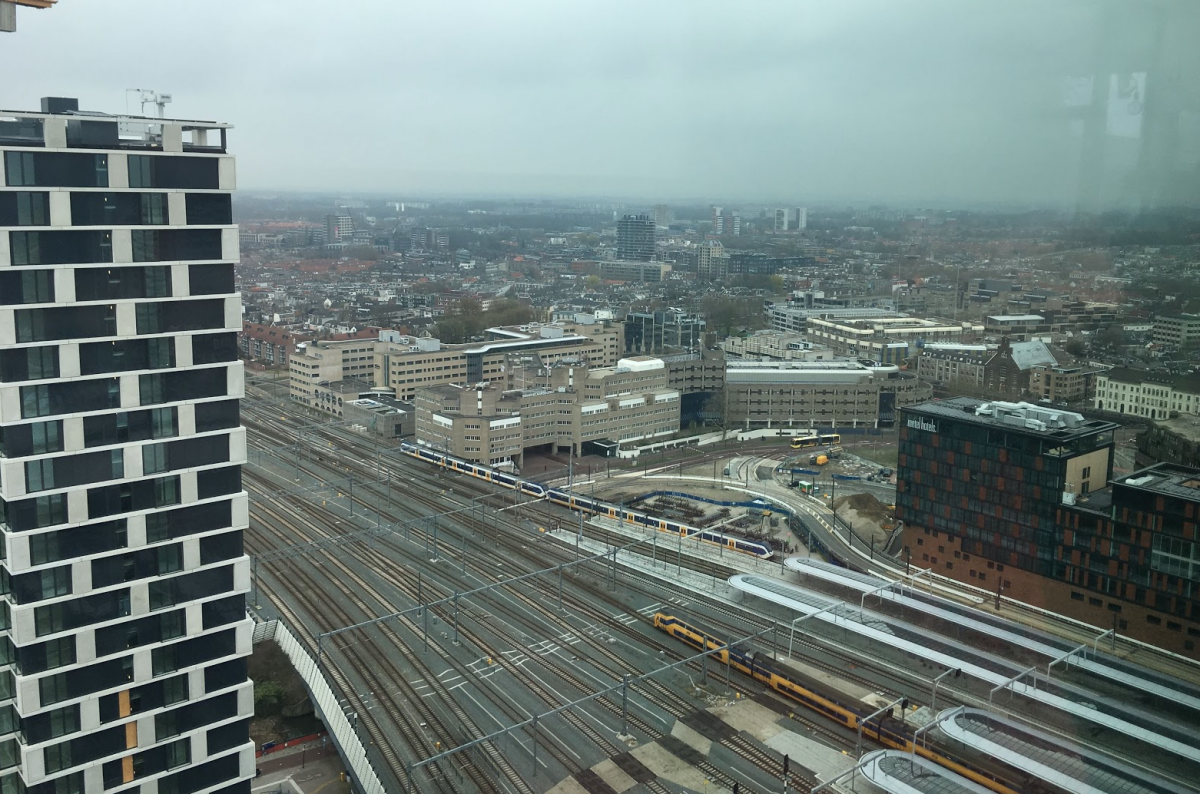 The Dutch system we got to see is next to perfect; while a few information boards were broken and a few trams were overcrowded, the public transit facilities seen were accessible, polished, and effective. Again, as someone who only uses MARTA heavy rail for short distances, I really enjoyed the ability to sit on the train and travel quickly during peak hours while relaxing, which is not like the experience of driving through Atlanta rush hour. In the future, I question how Amsterdam especially will be able to maintain bicycle parking facilities while expanding the trains’ and trams’ reach and scope.